This fish startles almost everyone who sees the fish for the first time, but this fish is very delicious.
I visited Hitohira Saito Sensei in Iwama after a long while. When I told him before about a seemingly tasty fish what I had watched on Japan TV in the U.S., he said, “When are you gonna come the next time? I will have the fish then.” This is a photo of the fish. It’s known as goosefish.
I think the origin of Japanese foods cultures among ordinary families in Japan is for family members to surround a nabe (a pot) over the ‘irori’ hearth of the house to eat together while the family nabe recipe is being cooked.
I also think the act of cooking and eating together is a form of Japanese spiritual culture.
I myself have run a Japanese country foods restaurant successfully for 25 years out of my desire to introduce the origin of Japanese foods cultures to the people of the U.S.
Many different ingredients, from meats and fish of various types and above-ground veggies and root veggies to tofu and konjac, are cooked in a single “nabe” (pot) while each ingredient is not only contributing to creating a well-balanced harmony of different flavors but also retaining its own distinct taste.
It might be easier to imagine an orchestra in which each instrument is playing its distinct tunes and tones of music while contributing to the grandness and wholeness of music by the orchestra. It is indeed a harmony of different parts. It’s far from trying to cook in a pot different ingredients with each its own distinct traits to the point that no flavor can be discerned but just one taste.
A harmony is rather to create something attractive by mixing different characters while drawing out different traits out of each character than mixing different characters to make one character, and a harmony involves any efforts in such a process of amalgamation.
I have found Hitohira Sensei’s offer of hospitality (Omotenashi) as his expression of Aiki Philosophy.
In his “nabe (pot)” recipe, fish meats from various parts of goosefish that he filleted, in addition to its edible internal organs, cartilage, bones, gills, along with vegetables, such as daikon, carrots, shiitake mushrooms, leeks, Chinese cabbages, burdocks, etc., all of which were harvested from his own garden, were cooked together to exude a wild yet homey atmosphere right in front of my eyes.
After the departure of his father, the late Morihiro Saito Sensei who had not only served the longest to the Founder of Aikido to receive his instructions directly but also served Aikikai for a very long time, Hitohira Sensei left Aikikai for various reasons to have found the path that he is on. He is not only quite a character, but also of a generous and kind personality. He always welcomes a leader of an Aikido group on the sidelines like me with open arms. I feel very glad that he accepts me as an active ingredient of his life.
I would like to express my sincere gratitude to Hitohira Sensei and Mrs. Hitohira Sensei for the visit by me and my wife on a short notice. 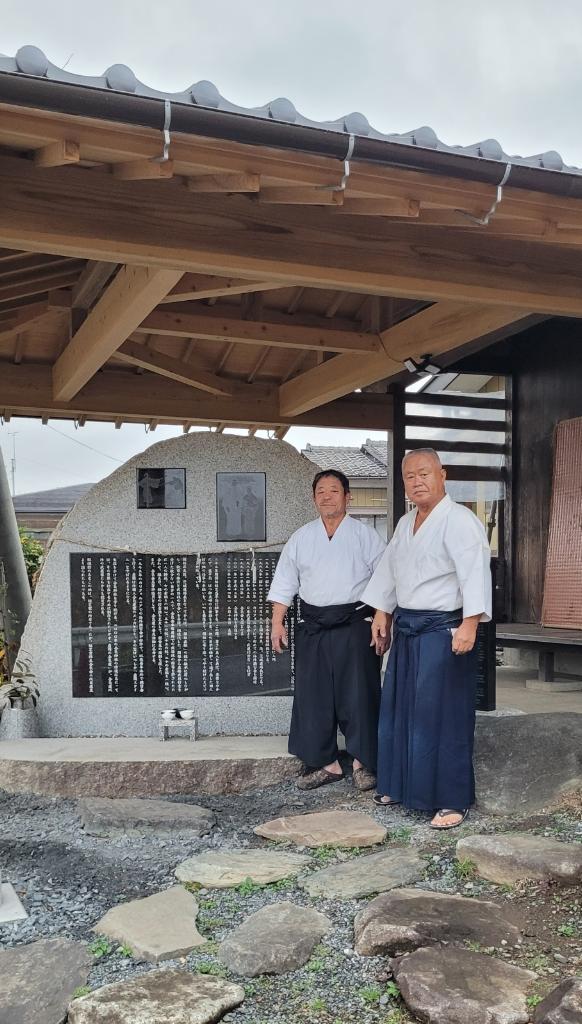 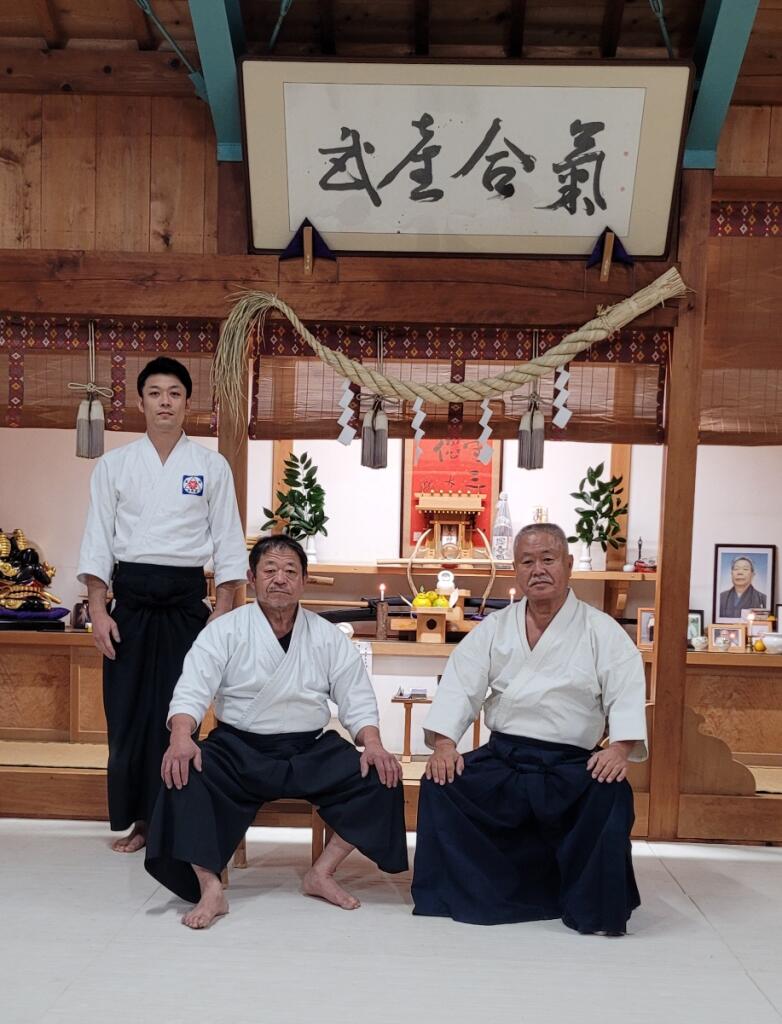 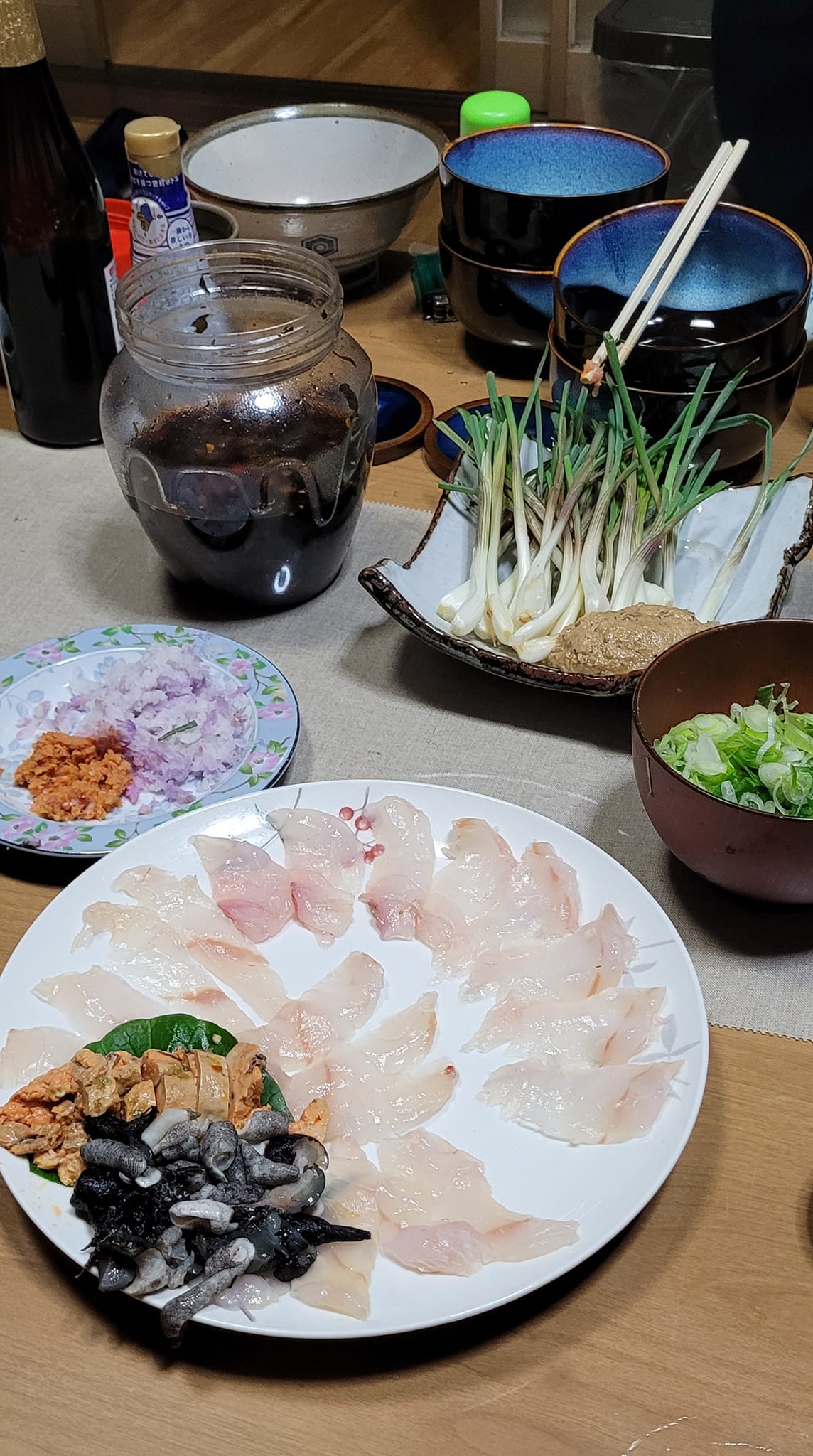 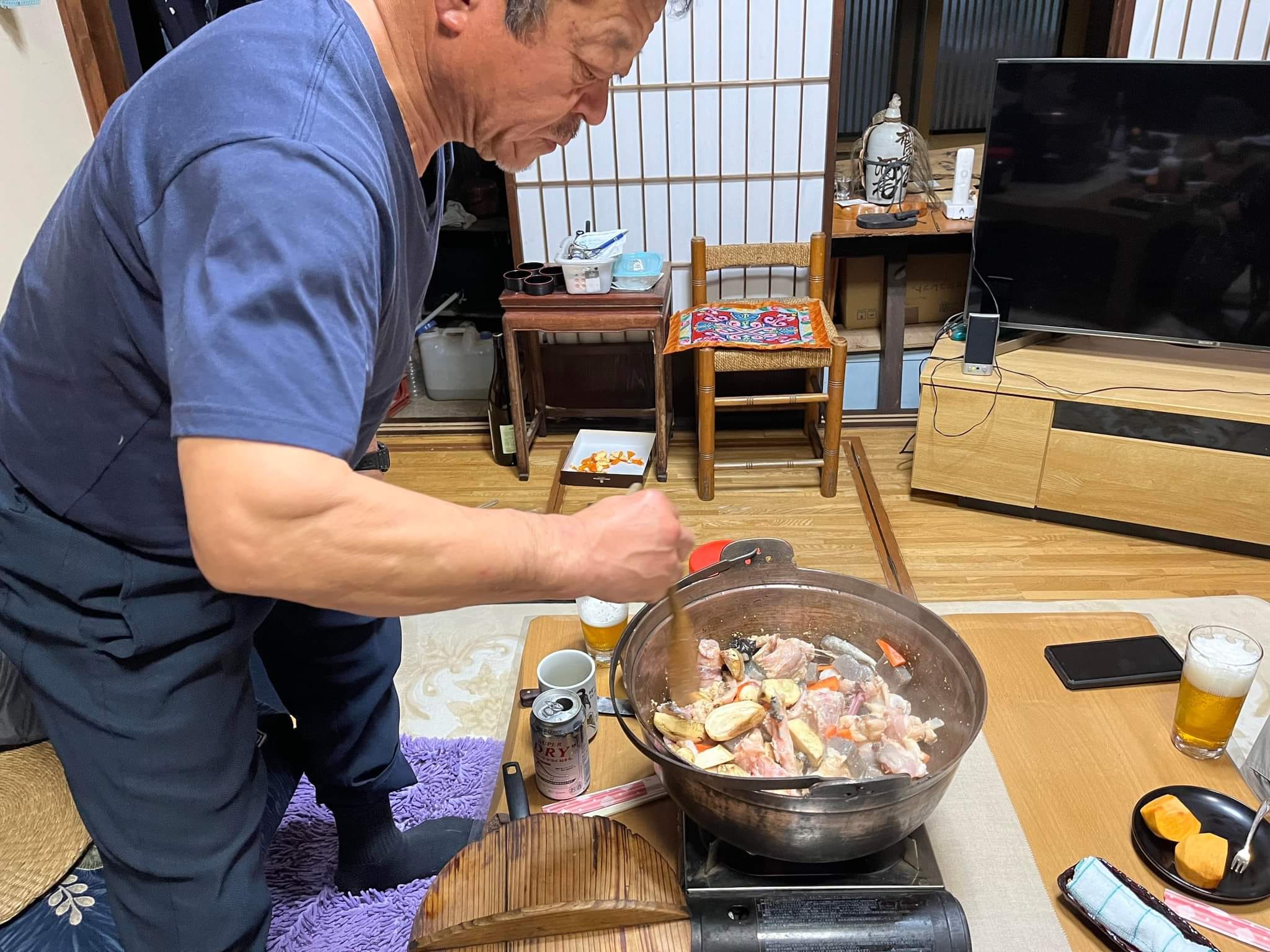 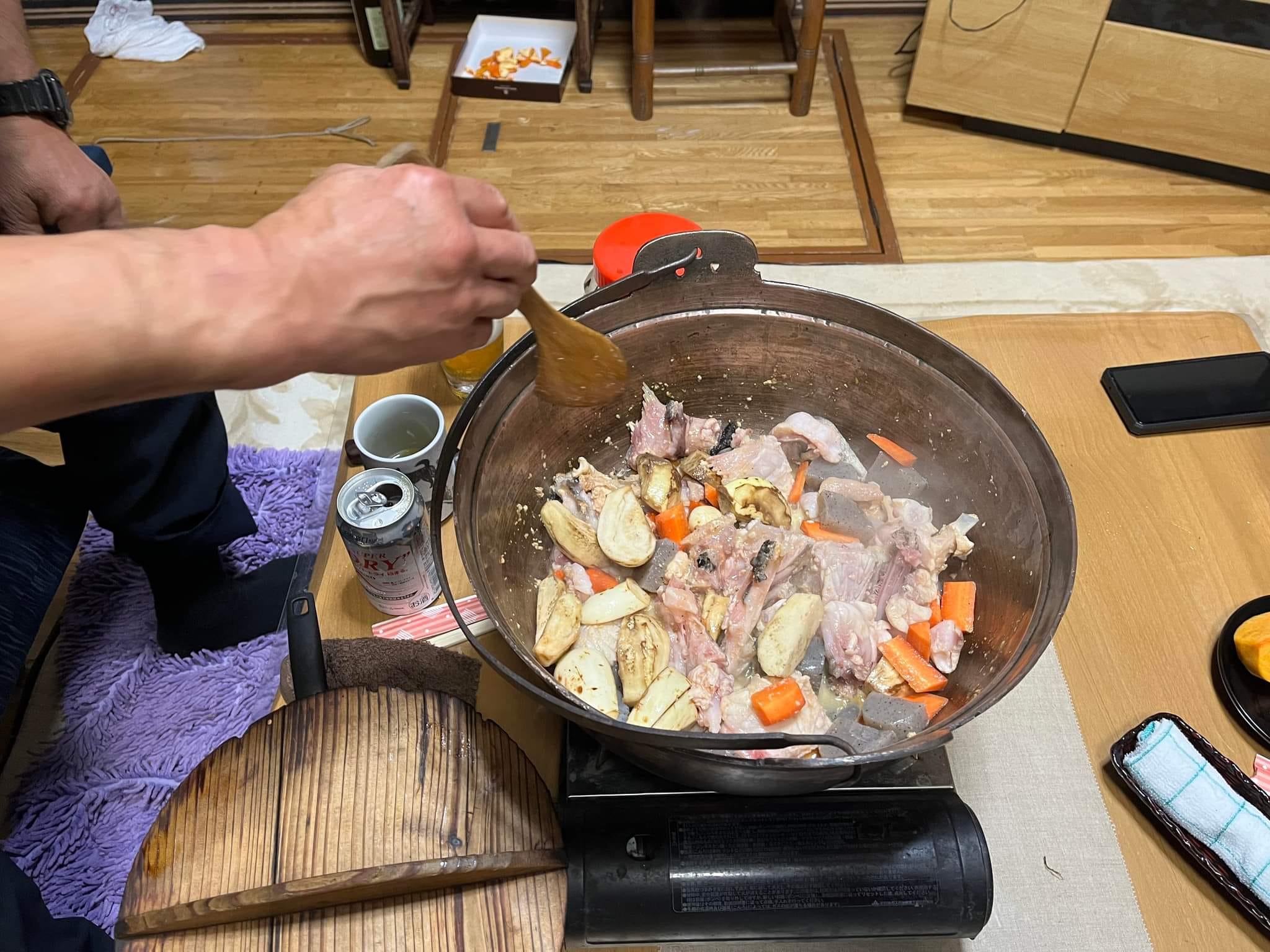