The Journey to the Aikido Humanitarian Active Network
Since 1978, Nippon Kan’s contributions to Denver and the community have been many. In the creation of Nippon Kan Culture Center and Domo Restaurant, Founder Gaku Homma Kancho has successfully created a place of education, cultural exchange and community enrichment that has literally touched the lives of hundreds of thousands of people world-wide.

Since 1991, Nippon Kan staff and volunteers have served over 76,000 meals to those in need in the Denver community and assisted the Denver Parks Department in beautifying Denver parks throughout the front range with over 50 projects, and thousands of man hours.

In 2001, Homma Sensei founded AHAN-the Aikido Humanitarian Active Network taking his concept of the principles of Aikido and community outreach to an international level. Since the founding of AHAN, Nippon Kan’s International Humanitarian Branch in 2001, AHAN has now privately funded and built thirteen independently operated Learning Centers for children in Thailand, Myanmar, Bangladesh, the Philippines and Nepal.

In the past ten years, Nippon Kan AHAN and Domo Restaurant have been able to donate over 350 tons of rice, educational, medical support to children internationally on a monthly basis and most recently has been involved with the creation of WWY (We’re With You) Support projects for children affected by the great earthquake in Nepal in April 2015.

Gaku Homma Kancho, Nippon Kan Founder and Owner of Domo Restaurant is the inspiration and driving force behind all of these accomplishments and has been recognize his 36 years of service to Denver and the world by the United Nations, and three generations of Colorado Governors and Mayors.

Gaku Homma Kancho has been awarded the Minoru Yasui Community Service Award, National Philanthropy Day Volunteer of the Year Award, Channel 7 Every Day Hero Award, The Mayor’s Design Award, and many more in a lifetime of service. 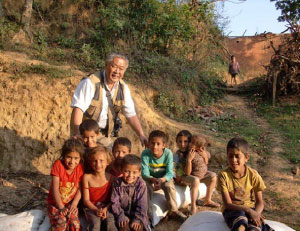 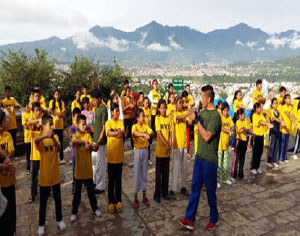 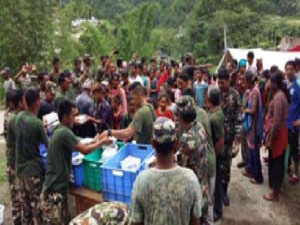 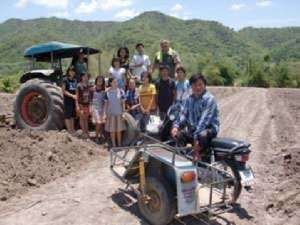 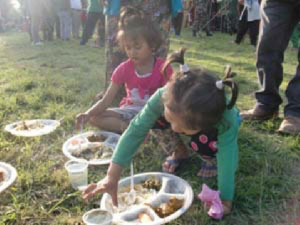 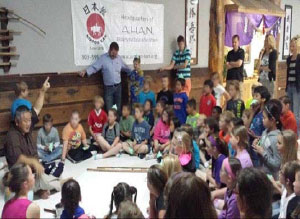 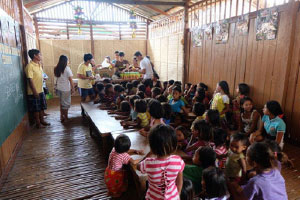 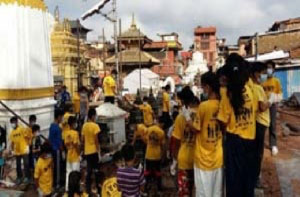 Where to next….
Homma Kancho atop a 40 foot bamboo tower he had built, looks forward toward the future and the next AHAN project ahead. May 2016 Ta Ko Lang, Thailand 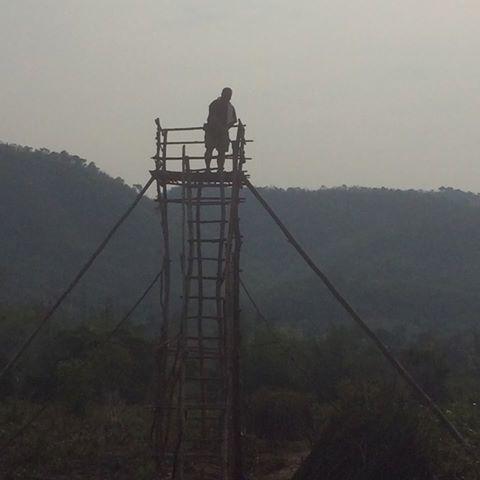