The mochi placed at the front of the Dojo for the New Year’s Day and the following days is called “Kagami Mochi”.
Kagami mochi is made up of two flat round mochi with the smaller one placed atop the larger one with a daidai (a Japanese bitter orange), kombu and other offerings, per local customs and traditions, placed on top.
After about 7 days, the hardened kagami mochi is broken, to predict, like reading the tea leaves, how the year could unfold, and eaten among comrades, and this ritual is called, “Kagami Biraki”. The mochi being cooked is a piece of the kagami mochi.
The 2-piece Kagami Mochi that is placed at the front of the Nippon Kan Dojo every year has always been handmade by my best friend of over 40 years and the Founder and Kancho of “Enshin Kaikan”, Joko Ninomiya Sensei.
I started living in Denver at about the same time as Ninomiya Kancho, and we met in a nearby park by accident as we were both practicing in the same park because our dojos were too small and crowded.
Ever since then, we have been enjoying each other’s company through various activities, including having meals together, doing volunteer activities together and enjoying bowling competitions between our two dojo members.
Back in the days when I was drinking like a fish, I remember waking up in the morning in Ninomiya Sensei’s dojo with his uchideshi students after a night of “nomikai” with them, and my excuse was, “Because Ninomiya Kancho didn’t drink, someone had to look after those uchideshi!”
When the current Nippon Kan buildings were under construction, Ninomiya Kancho brought his uchideshi to help out. Additionally, for many years, Nippon Kan was chosen by members of Enshin Karate from Japan as the place to stay during the Sabaki Challenge, the oldest full contact martial arts event in the US.
Ninomiya Sensei’s sons, Koichi Sensei and Jota Sensei, have both worked at my restaurant, and especially Koichi Sensei has worked at my restaurant for nearly 20 years, and we have been like a family.
The pillars on both sides of the seat of honor in the front of Nippon Kan and the pillar placed at the front of the dojo of Enshin Kaikan Headquarters came from the same tree.
Yet, Ninomiya Kancho is a Karate-ka while I am an Aikido-ka. What we have devoted our lives to are totally different. Enshin Karate is a style of “full contact karate”, and especially because I am not a type of Aikido master who takes and throws opponents with kicks or high kicks, I have very high respect toward Ninomiya Sensei. When I was much younger, I used to say light-heartedly, “If you attack me, you are the one who will be in danger! I know Ninomiya Sensei and he is on my speed dial!!!”
Enshin Kaikan is an independent organization, having branched off from Kyokushin Karate and Ashihara Karate, two famous Japanese karate styles. My Aikido dojo, Nippon Kan, has also been an independent dojo. I think he and I have always shared, without even verbalizing it to each other, all that’s required, both what is obvious and what is not so obvious, to maintain an independent dojo, and I think such a deep sense of “kizuna (a bond through mutual trust, respect and support)” to each other has nurtured our long-standing friendship despite the stark difference in the styles of Budo each of us has pursued.
While Enshin Karate has been widely recognised throughout the world, I deeply wish for Ninomiya Kancho and Enshin Karate continued development and prosperity in the years to come.
Oops! Mochi looks ready! Have it wrapped with nori seaweed and with a hint of soy sauce, it is delicious!
Gaku Homma
Founder and Kancho, Aikido Nippon Kan 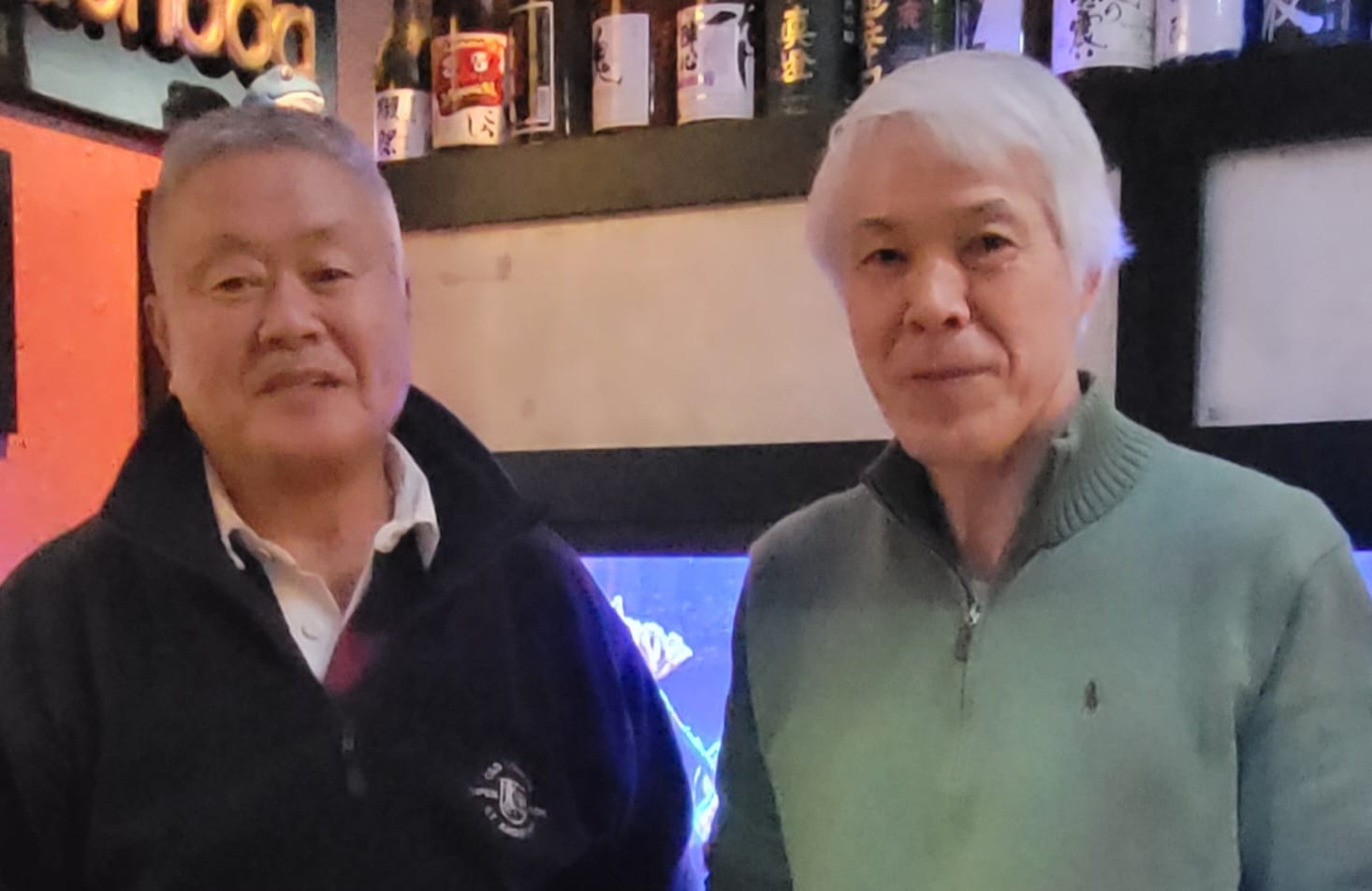 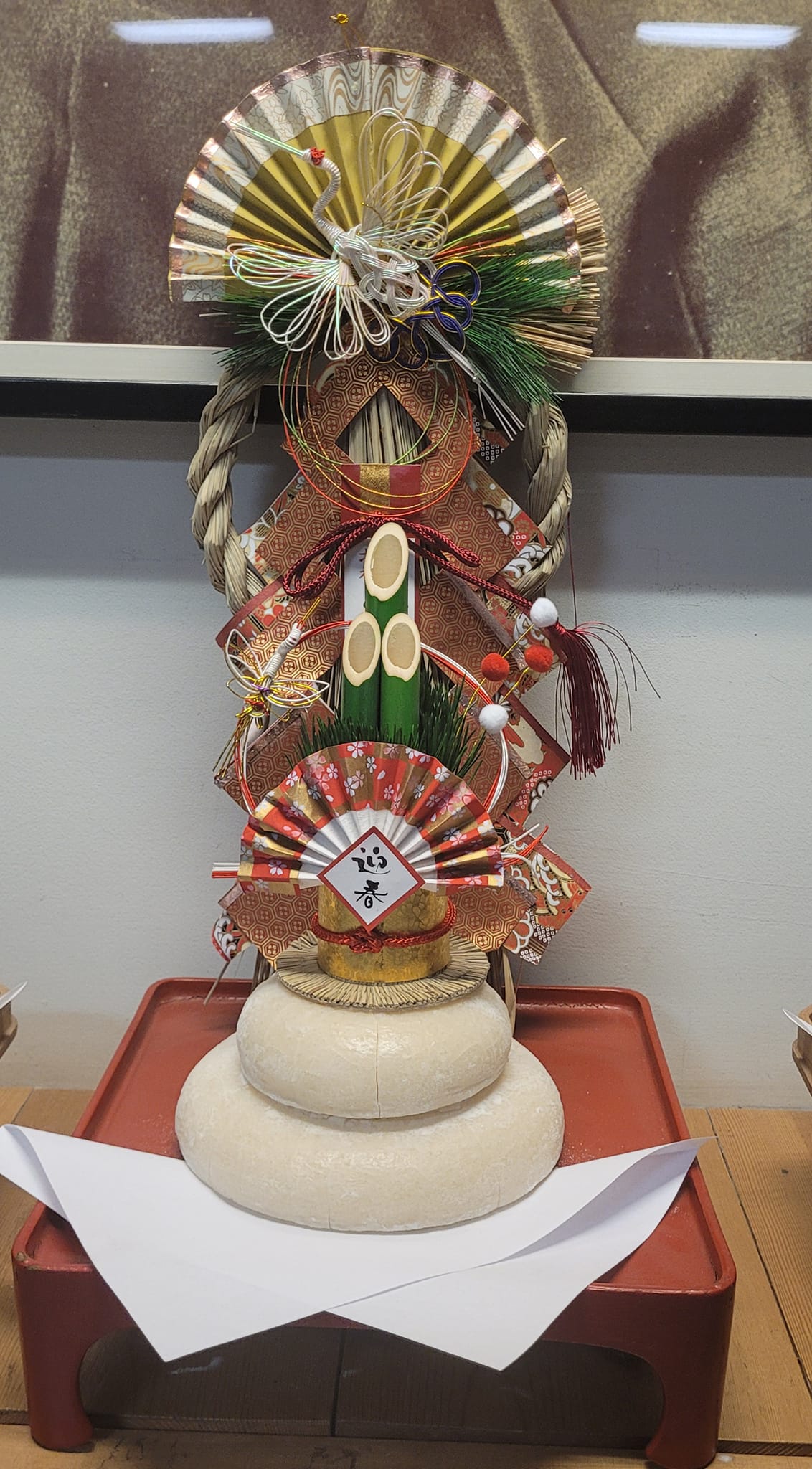 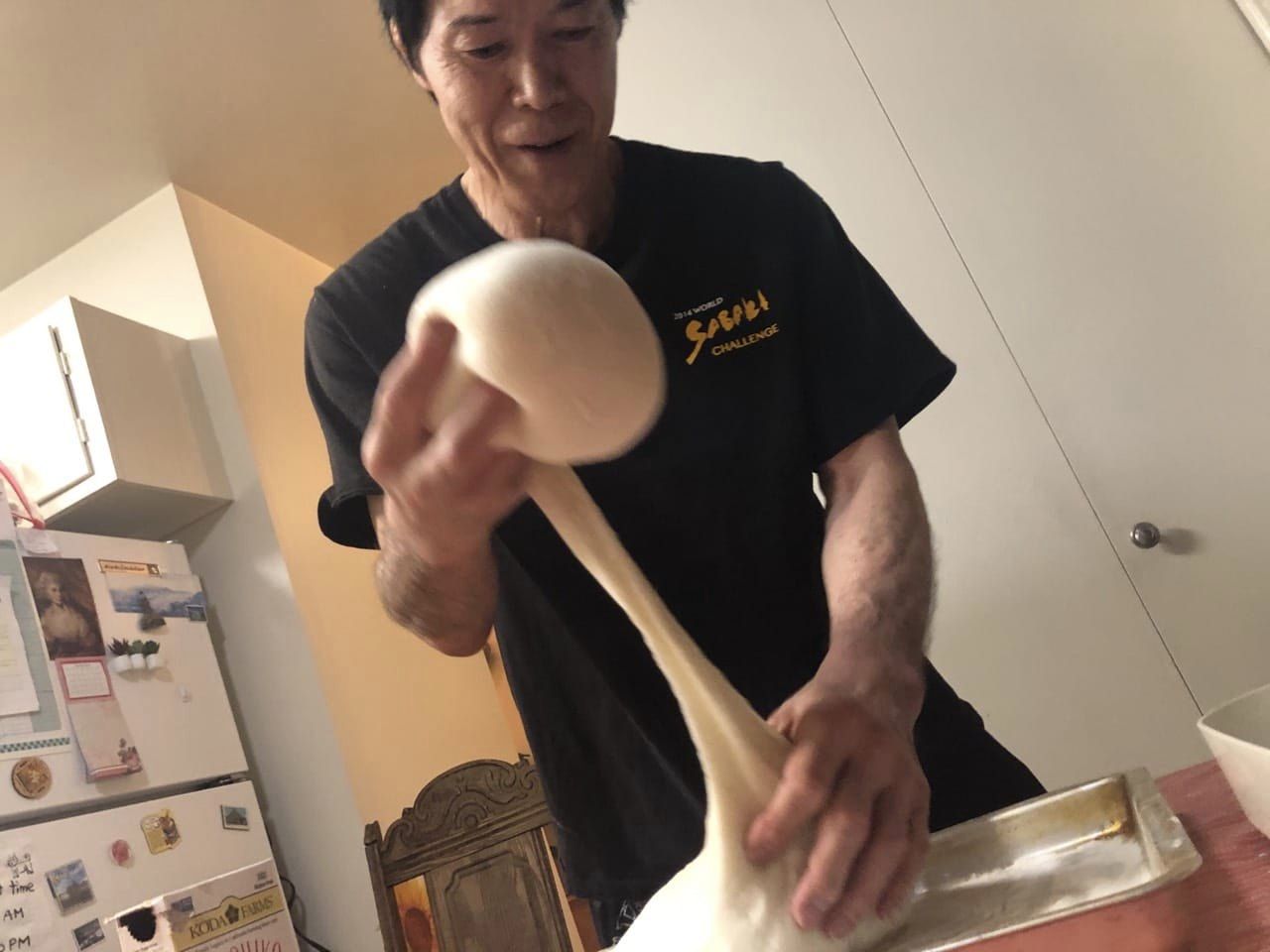 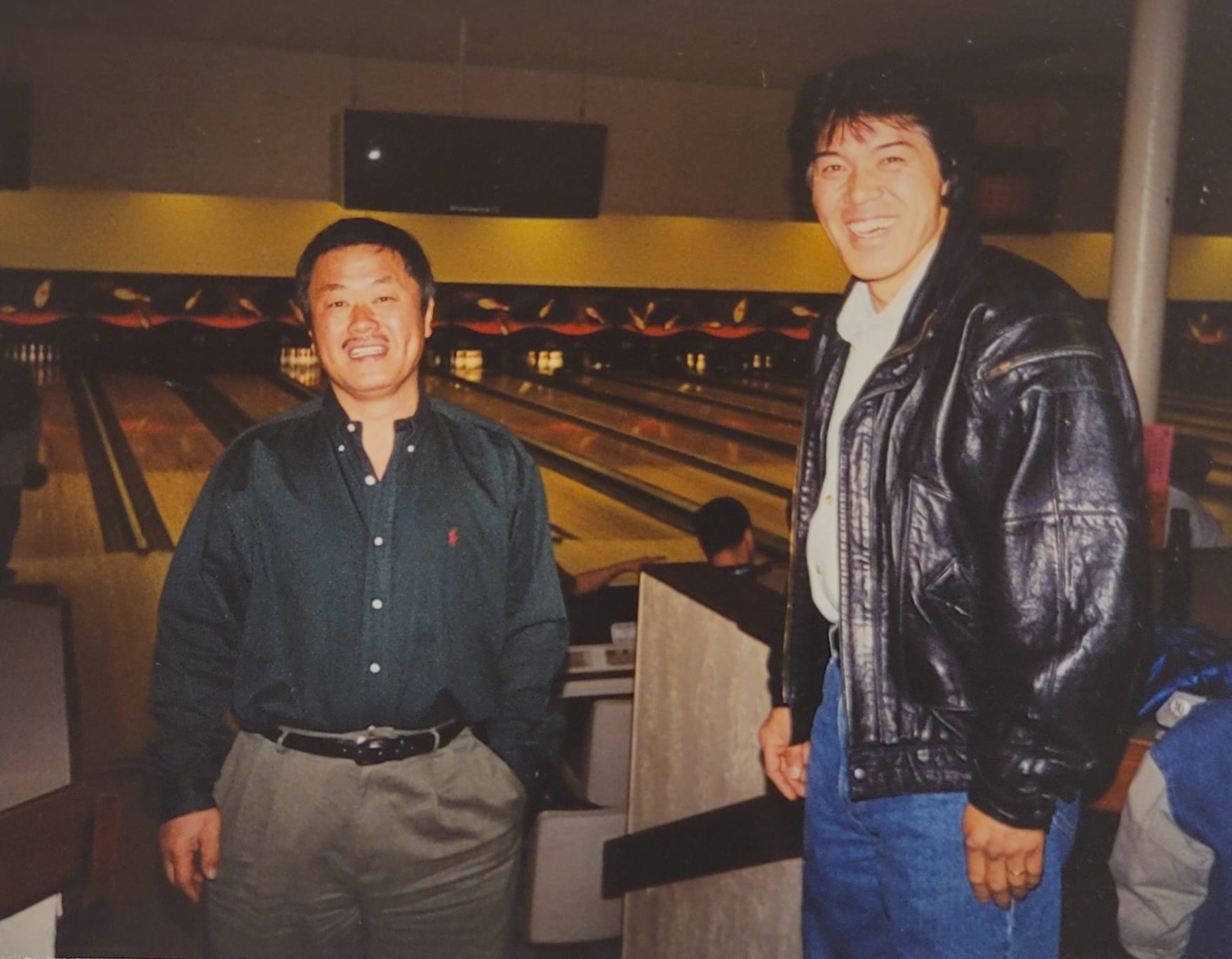 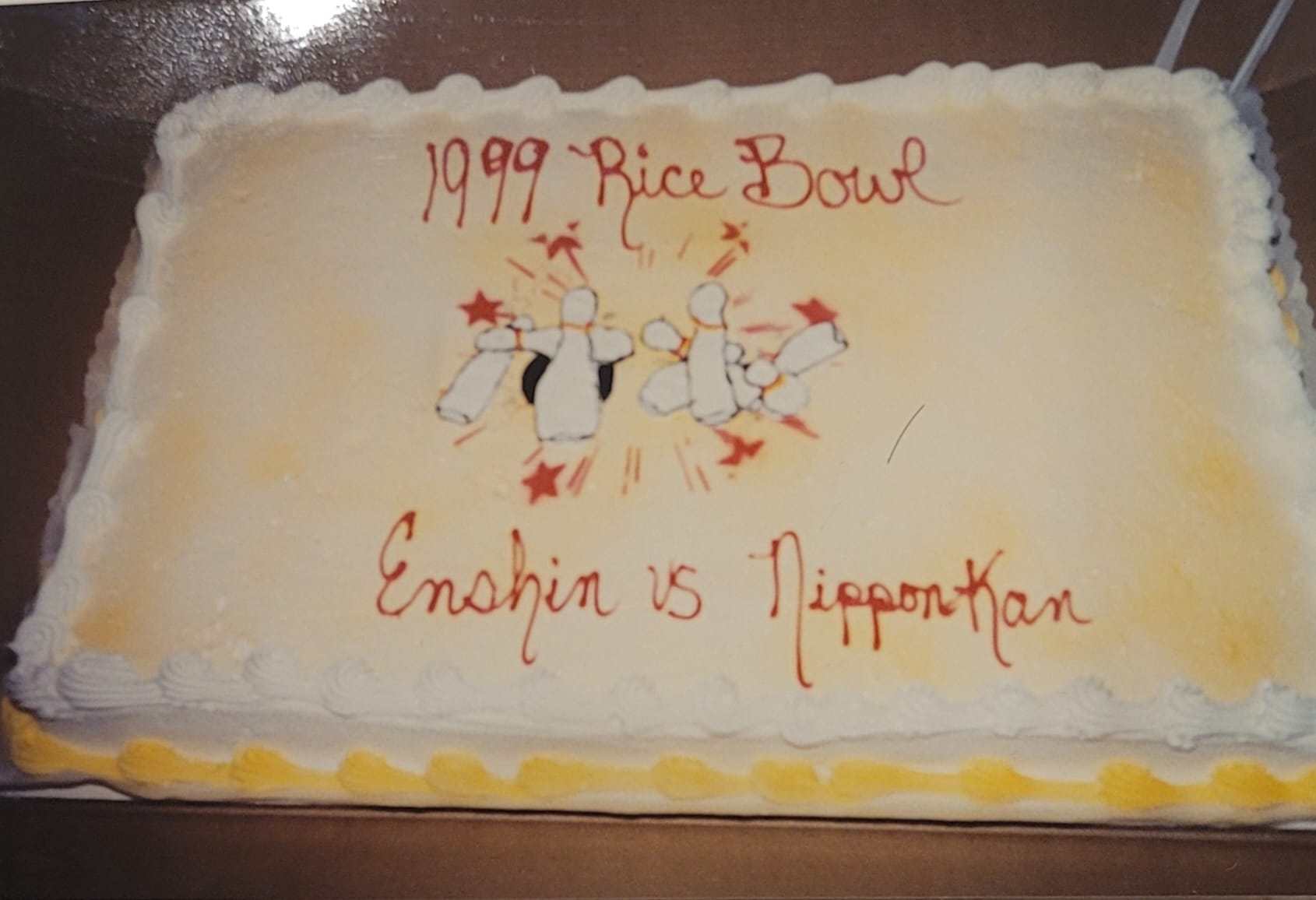 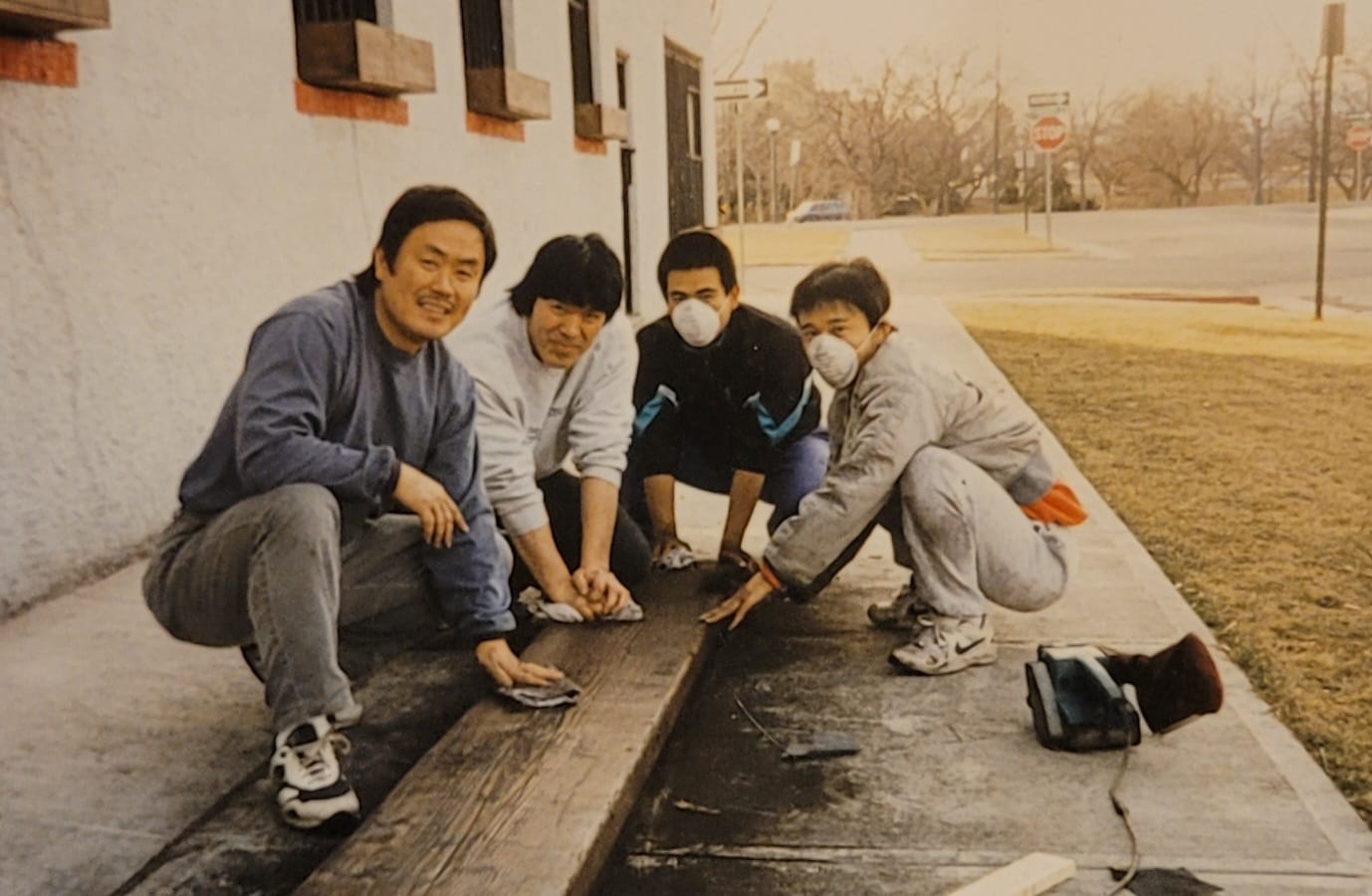 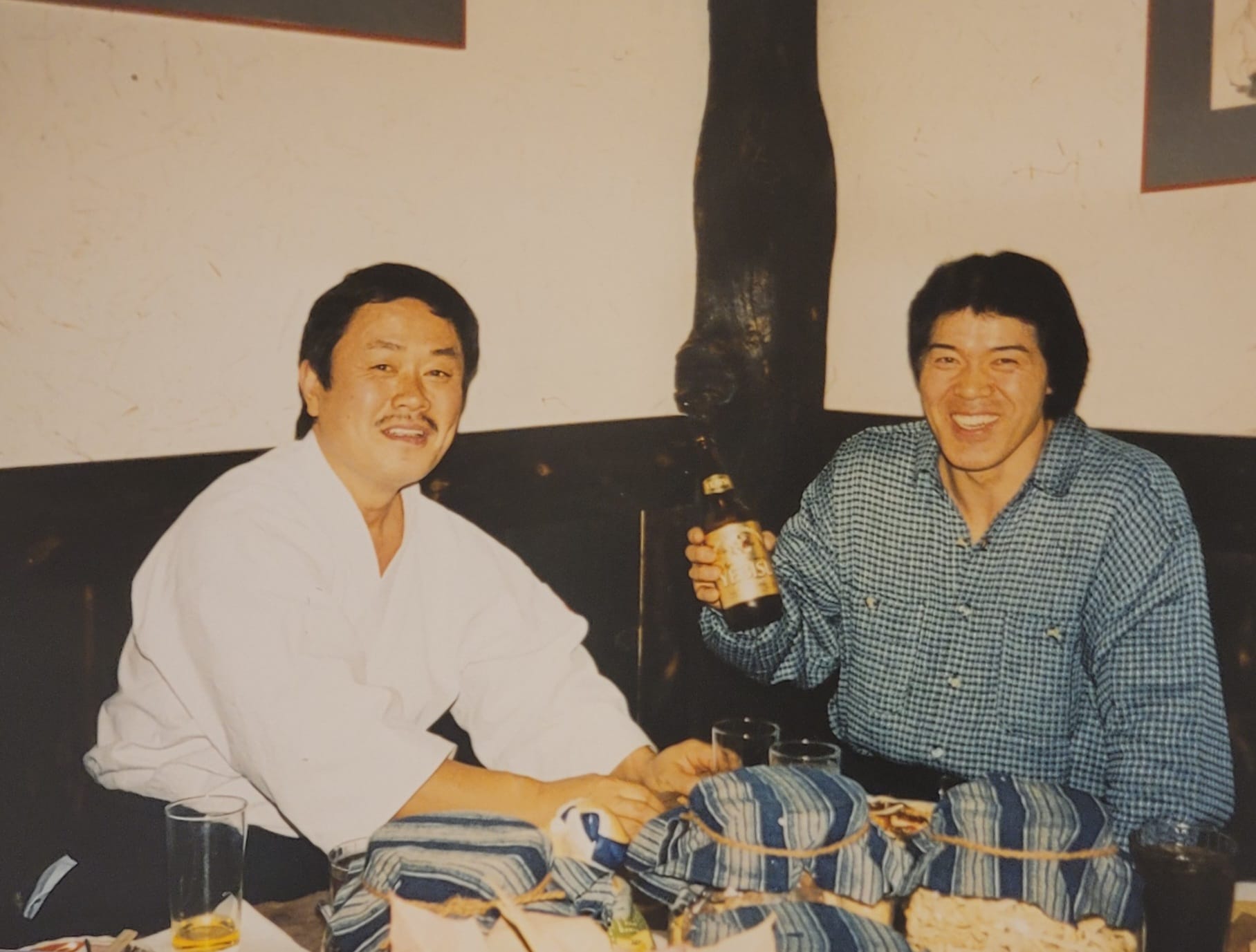 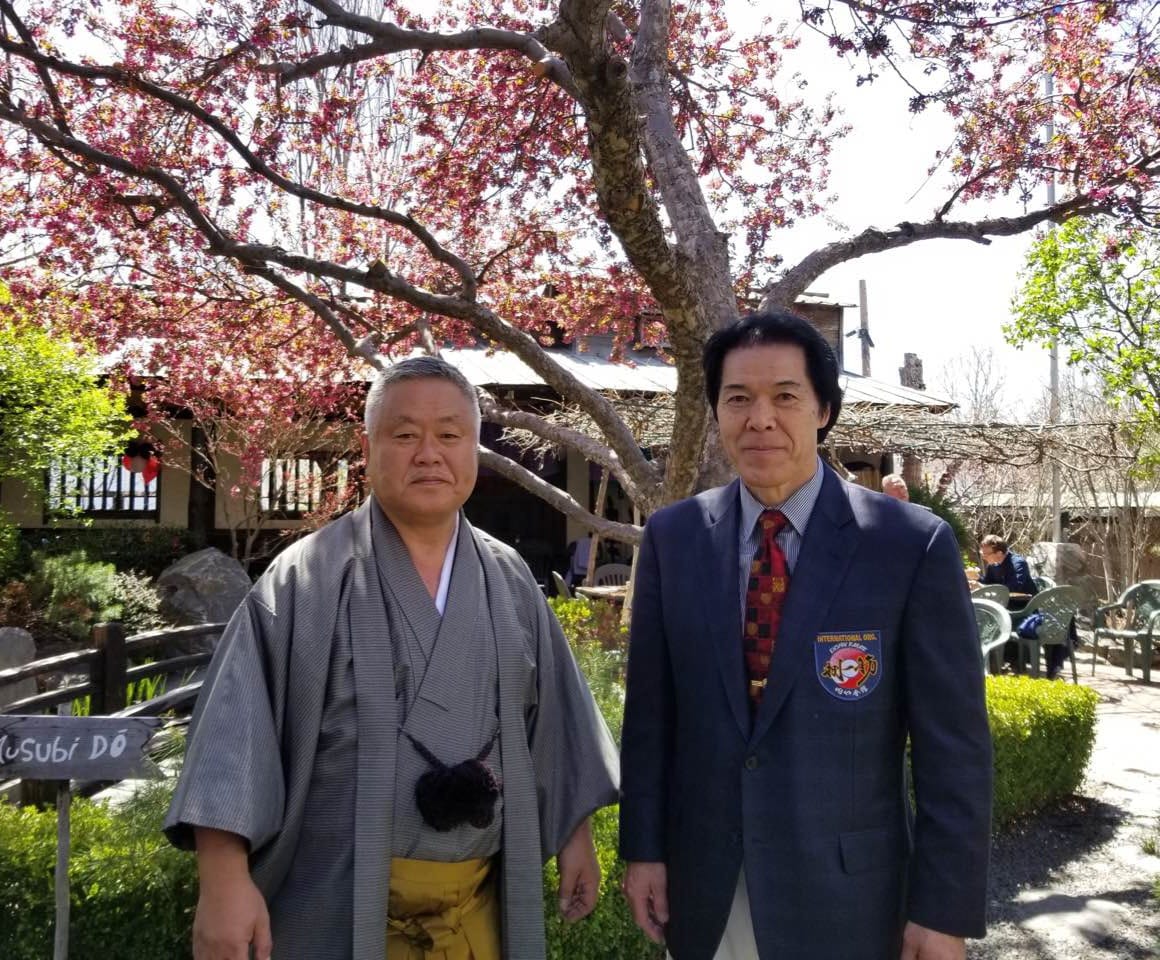 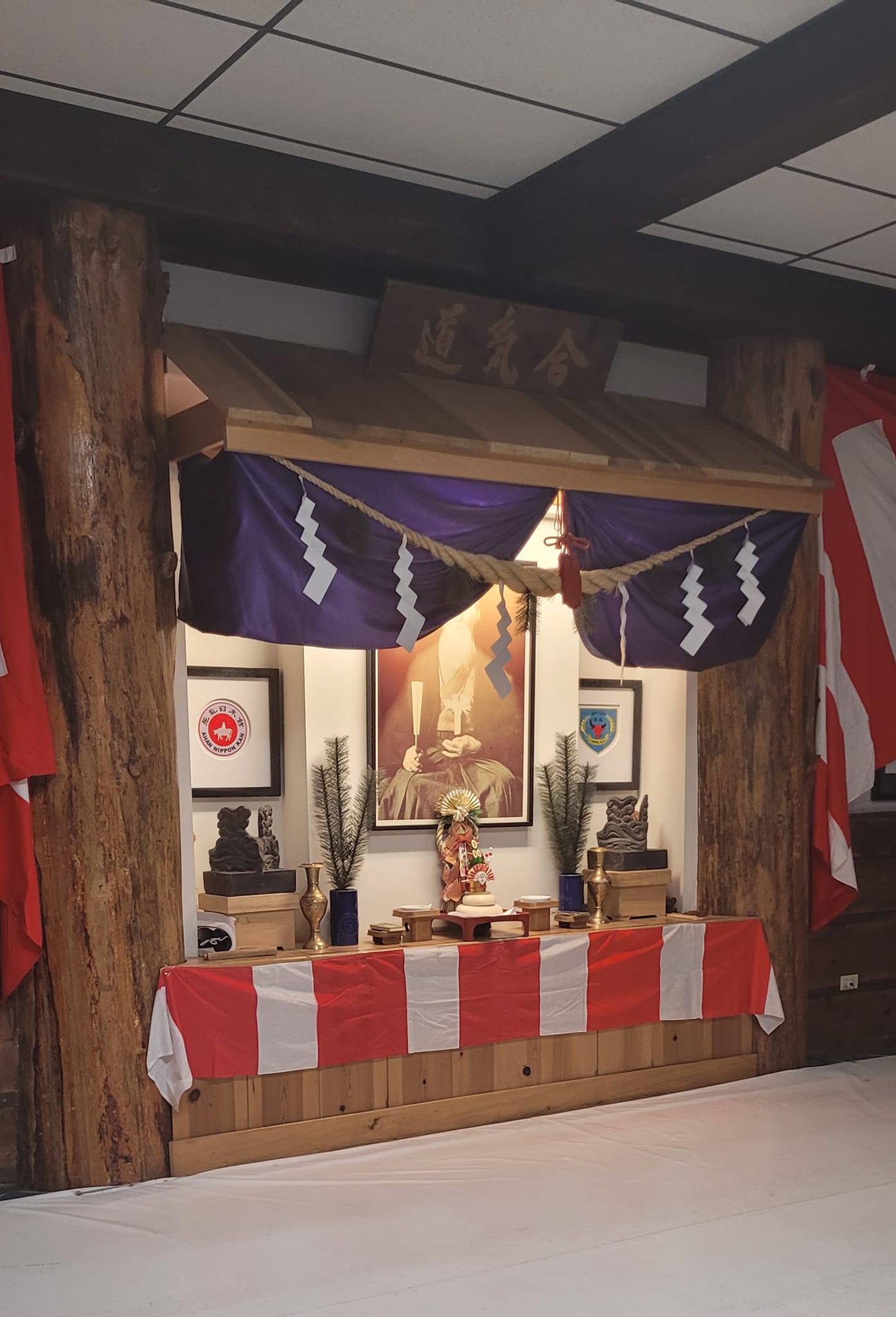 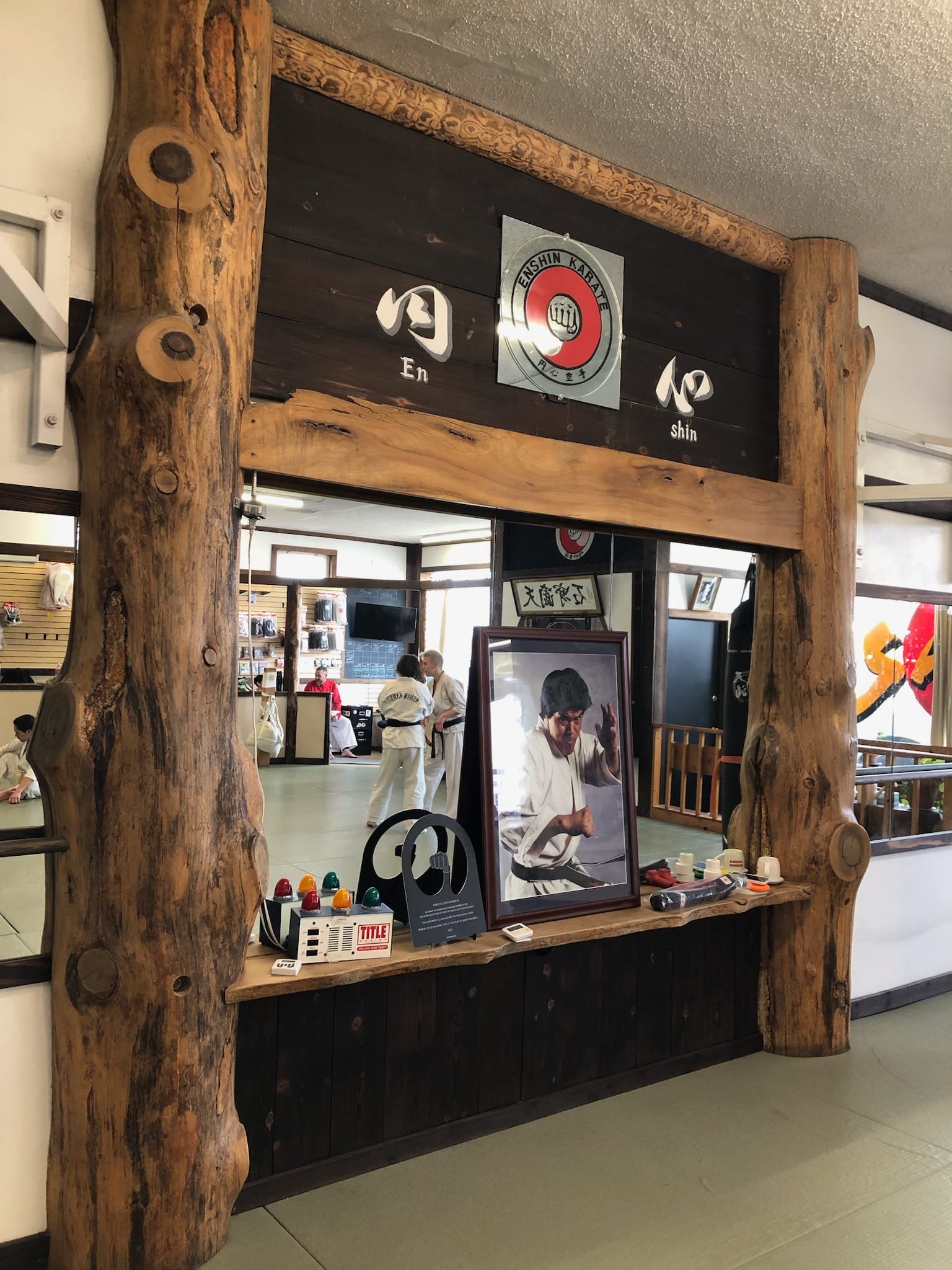 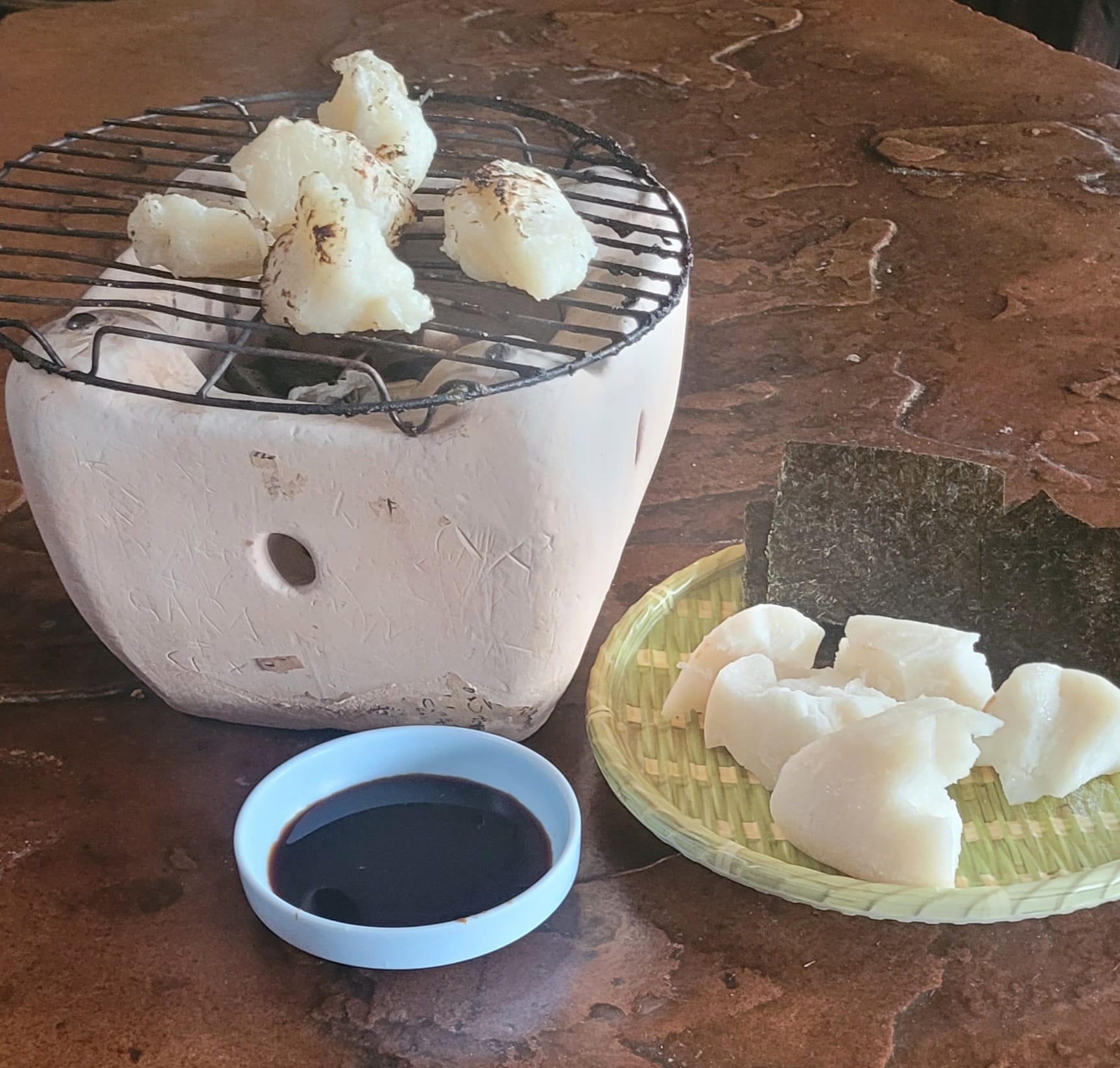