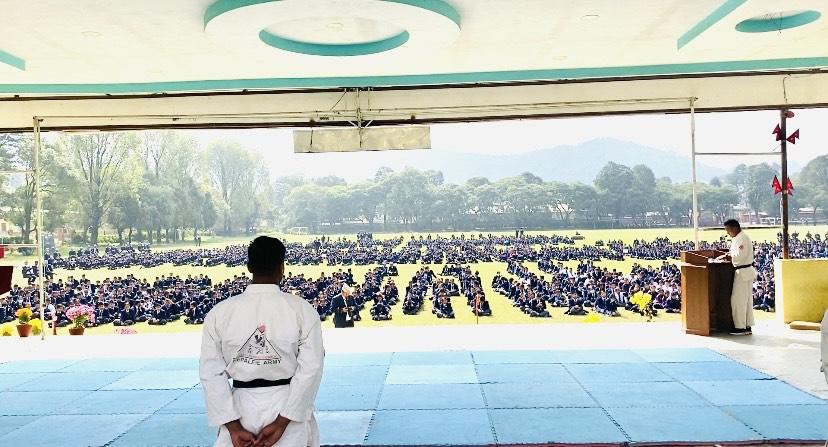 For Aikido training will soon be commenced at Nepalese military schools, Aikido demonstration was performed in front of over 3,000 students. Aikido training program will also be commenced at Nepalese military academy.
Aikido training within the Nepalese Armed Forces got its start in 2006 with the initial focus on training the members of the Nepalese Army Rangers in Aikido, and over 25,000 Nepalese military members have completed the mandatory Aikido training program to date, and the number is rising every year. The number of former military persons, who “can take ukemi”, is also on the rise all over Nepal.
The Nepalese Army Aikido was established within the Nepalese Army Rangers, and 62instructor candidates have been dispatched to date to “Aikido Nippon Kan” in Denver, Colorado, U.S.A., which is my Dojo, an independent dojo in the Aikido world, for special train-the-trainer programs which has been instrumental and conducive to what the initiative has become today.
During the formative years of the Nepalese Army Aikido, I took the initiative to invite Hitohira Saito Sensei, the chairperson of Shinshin Aiki Shurenkai, and Hiroaki Kobayashi Sensei, the Dojocho of Aikikai Aikido Kobayashi Dojo, to Nepal to give members of the Nepal Army Rangers instructions.
While the Nepal Aikido has not been particularly concerned with a particular Aikido organization or a certain style of Aikido, the Nepal Aikido has remained flexible to continue learning both pros and cons of various styles of Aikido, which are all rooted in the Aikido of the Founder of Aikido, in their continuous and diligent efforts toward perfecting “the Aikido of the Nepalese Armed Forces”.
Nepal is not in any grueling religious wars with any other country, and although the country is not huge economically, the people with different faiths are living richly and harmoniously together with respect to one another in Nepal.
Name tags of soldiers indicate their tribes, and there are Islamic names as well as Christian names, and you can see a high level of equality among them.
The Nepalese Army has been contributing to maintaining world peace with its contributions to the United Nations Peacekeeping operations being one of the highest in the world.
I, along with all the members of the Instructors Unit of the Nepal Aikido, am very proud and honored that Aikido training has been an integral part of the Nepalese Army’s contributions to the U.N. Peacekeeping operations.
I am with a high degree of certainty the Nepal Aikido will continue to thrive with their spirit of “WA (和)” by continuing to invite excellent Aikido instructors, without any concern to a particular organization or a style, to aid in the continued development of the Nepal Military Aikido into the future.
As the Nepal Military Aikido continues to flourish more and more, a level of enthusiasm toward the practice of Aikido among civilians in Nepal is rising, and there have been a few Aikido groups that have been formed or are in the process of being formed. While some of them may assert, written or verbally, misleading statements, it’s noteworthy to clearly emphasize that any one of them has nothing to do with the Nepal Military Aikido. 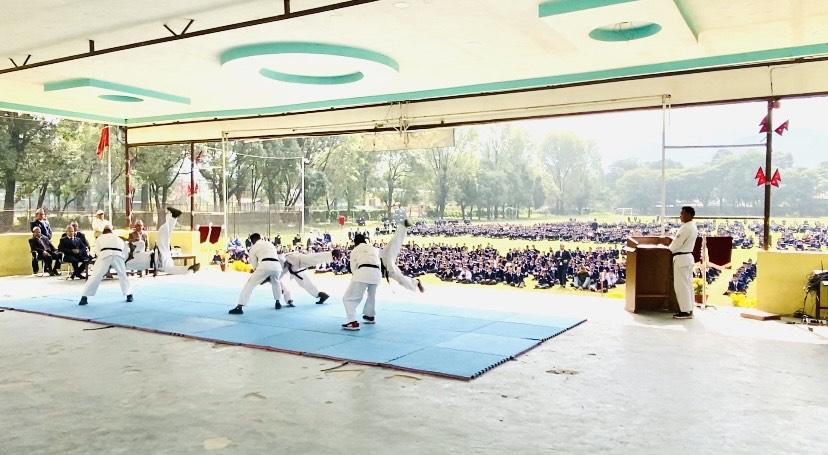 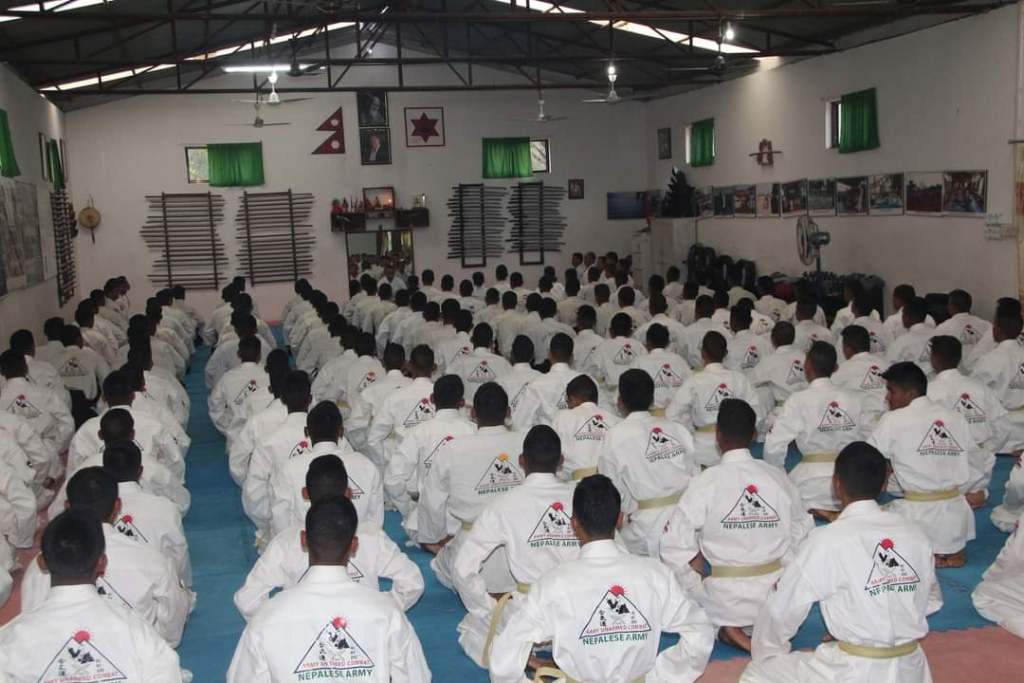 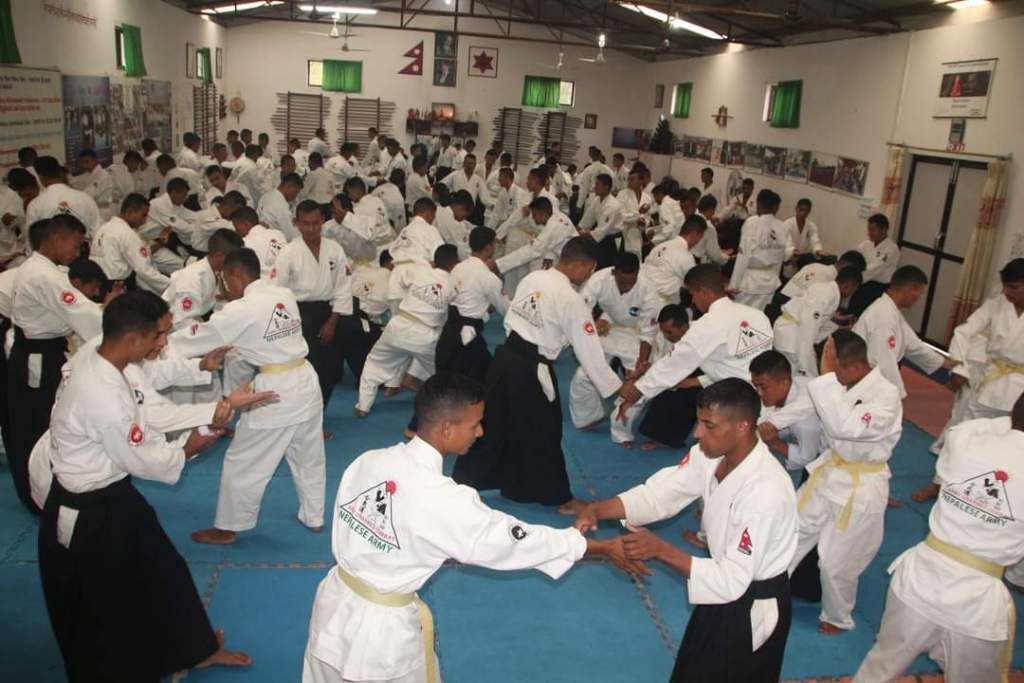