The last Beginner’s Class at Nippon Kan was taught almost 2 years ago in March 2020 before all classes were put on hold due to the onset of the coronavirus pandemic. Photos attached are from Aikido Nippon Kan’s Beginner’s Class from 40+ years ago. Notice all the wonderful smiles of the class participants captured in the photos. 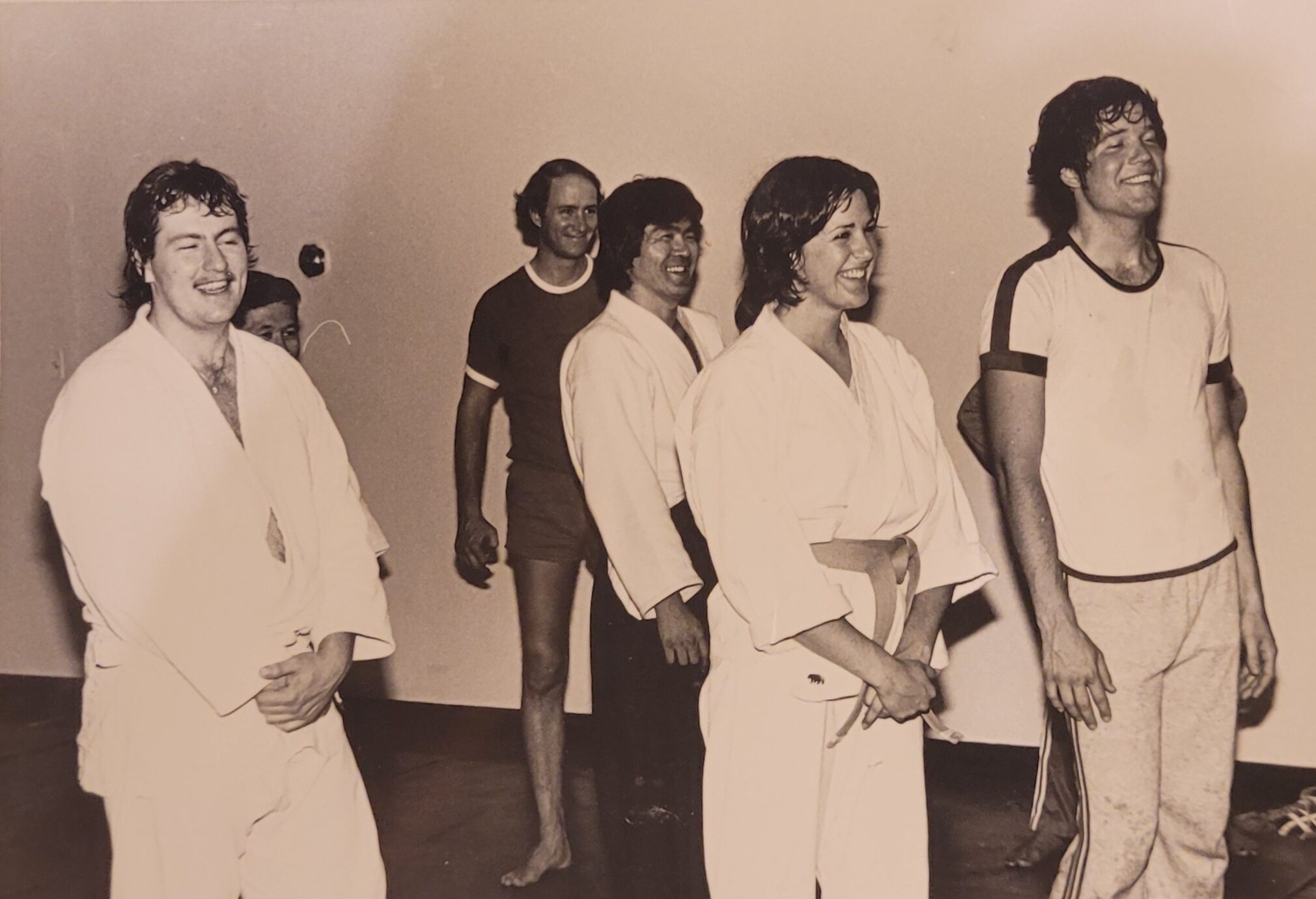 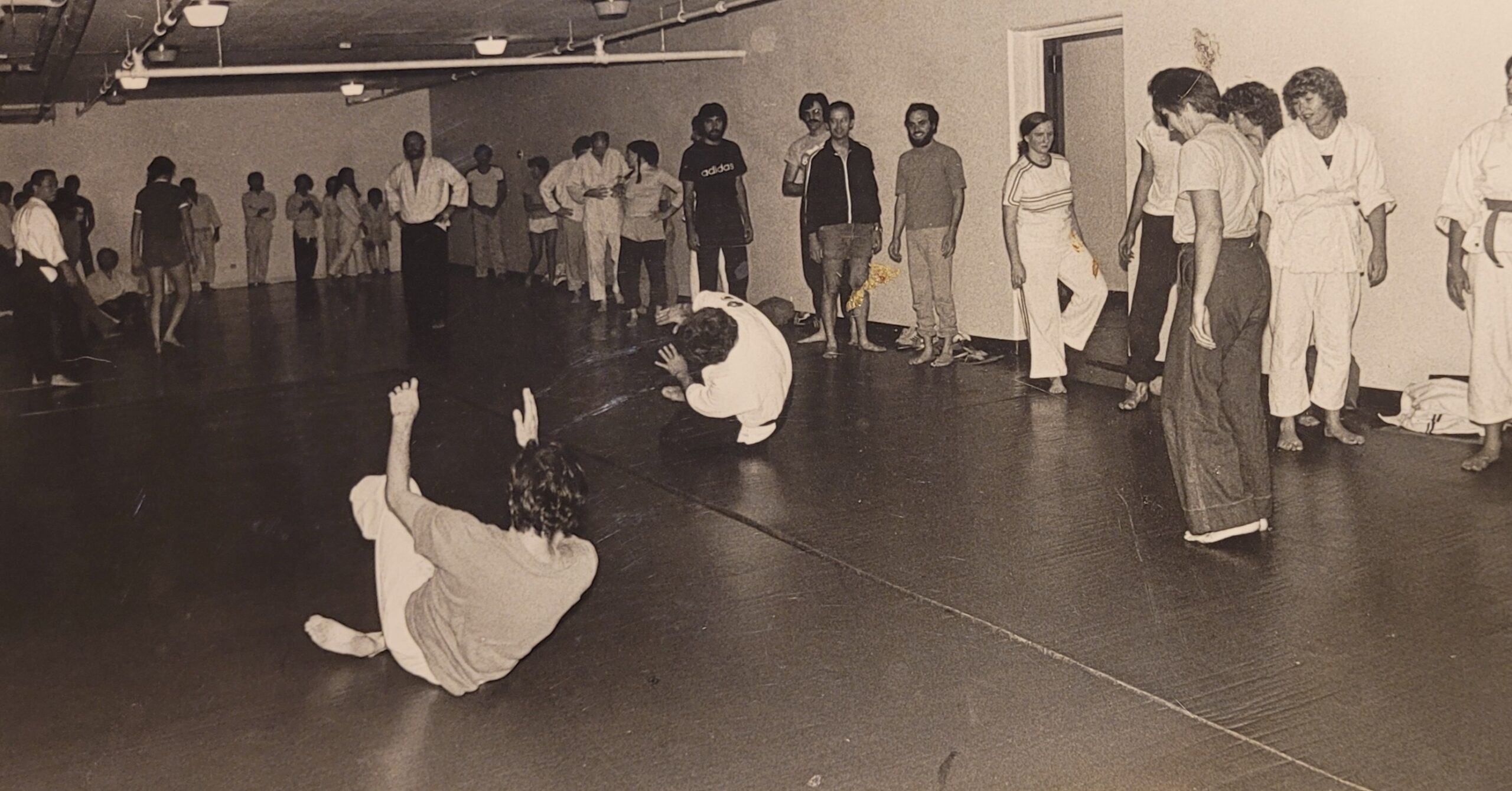 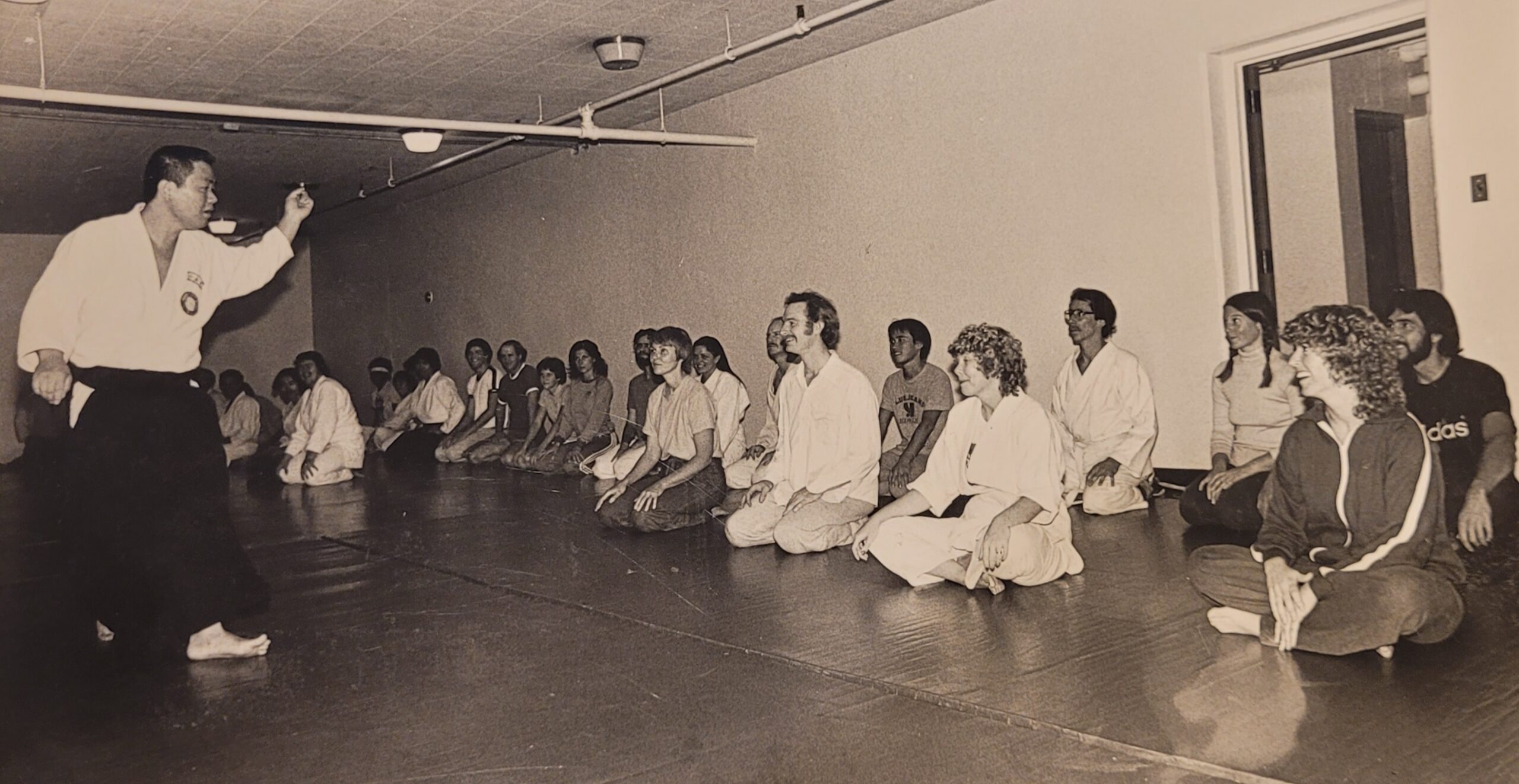 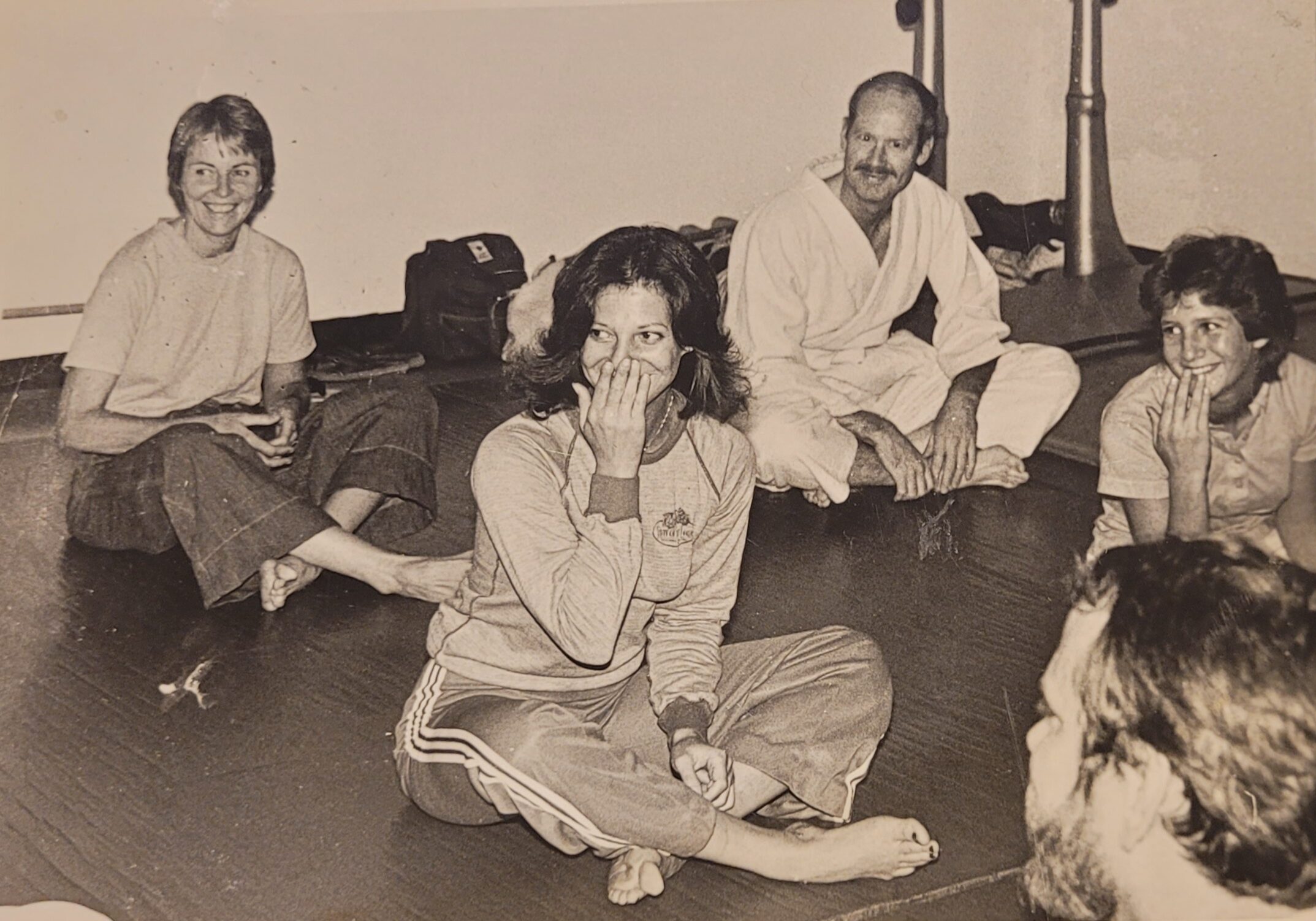 The very first Nippon Kan’s Beginner’s Class was taught at University Hills / Schlessman YMCA on E. Yale Avenue and S. Colorado Blvd., and a small community Aikido class with a large number of students was offered 3 times a week, and the routine had continued for about 2 years before Nippon Kan relocated to a new place on Federal Blvd.

Nippon Kan’s humble beginning by offering small community classes had evolved to have left big and notable footprints in the development and growth of Aikido in the state of Colorado.

Classes at Nippon Kan were fun to be part of with so many smiles, as seen in the attached photos, and Nippon Kan’s unique approach to teaching the martial art of Aikido gradually but surely changed the commonly held image of martial arts classes from ‘cold and tough’ to ‘warm and fun’, and such a tradition is still alive at Nippon Kan today.

From around the year 2000, Nippon Kan started to expand its influence and operations to also focus on teaching Aikido in other countries, organizing community volunteer activities locally and humanitarian support activities abroad as well as promoting Japanese cross-cultural exchange programs and seminars, on top of continuing to teach the martial art of Aikido locally.

Aikido Nippon Kan’s humanitarian support activities have been collectively called as “A.H.A.N.”, and we continue our various activities while evolving continuously and striving for a new chapter of what we do.

Although Nippon Kan’s Beginner’s Class program was put on ice because of the coronavirus pandemic, Aikido Nippon Kan Dojo has kept its lights on with a small group of dedicated members during these unprecedently challenging times, and not only because we have received so many inquiries about the re-start of Beginner’s Class program but also because it’s indeed my life mission to teach and proliferate the practice of Aikido, I have decided to re-start to offer Beginner’s Classes again.

The new instructional slogan is “A Small Class Size for a Big Aikido Experience”, and it is intended with this new approach to pay more attention to individual students in a small class setting with more focus on the quality of learning experience, rather than teaching a group of students in a large class size setting.

All the instructors not only have practiced Aikido for the minimum of 10 years under me, but also have had the minimum of 5 years of instructing, and they will be supported by a small group of assistant instructors.

I am the only person in the entire U.S.A. who had learned the art of Aikido directly from the Founder of Aikido, Morihei Ueshiba, as his “Osobatsuki Uchideshi (i.e. the closest right-hand-apprentice. In my case, I used to live with him as his “live-in Osobatsuki Uchideshi”; that is, I used to look after him personally even when he was not teaching as his steward, and I always accompanied him to the Hombu Dojo and anywhere he went for official duties and for leisure purposes.), and given my track record of and my firsthand experience in having taught many Beginner’s Classes since 1979 or so, I have directly taught all of the Nippon Kan Dojo’s excellent instructors who will be teaching Beginner’s Classes as my teaching assistants.

Please check out Nippon Kan’s Facebook page (Search ‘Aikido Nippon Kan’ on Facebook) to learn more about me and what I have authored and posted online as well as various activities of Aikido Nippon Kan and AHAN.

Please click here to check out more details about Beginner’s Class program. If you have questions, please email ahannipponkan@gmail.com or call 303-595-8256.