For the uchideshi (live-in students) who graduated from the 2014 Nippon Kan Summer Marathon or their 3-month summer uchideshi program, life was not easy. All of these uchideshi graduates practiced for up to 7 hours a day, 6 days a week. Dealing with jetlag, different foods, living conditions, customs and a variety of ages and physical conditions added to this challenge.  Thisuchideshi training is not only practicing Aikido on the mat.

Aikido also does not have competitions so there is no tournament to work up to or trophy to win like other sports or martial arts. Aikido has no tournaments, no winners, fame or sponsorships for rewards; Nippon Kan uchideshi practice only to practice; the benefit of no benefit. This is the spirit of the very challenging practice of the uchideshi at Nippon Kan.

Sadly some uchideshi do not complete their training and leave the program. Once in awhile anuchideshi that drops from the program leaves in frustration and makes excuses for their failures by giving negative accounts on social media, but these cases are rare. Everyone must work together as a team to reach the goal of graduating from the program and Nippon Kan uchideshipractice is very challenging and requires patience and persistence. All of our 2014 uchideshigraduates are outstanding individuals who achieved their goals.

Let’s introduce our graduate uchideshi for 2014. 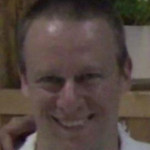 Michele, from Parma, Italy- Famous for Parmesan cheese, prosciutto ham and great local wines is also Italy headquarters for Aikikai Aikido. Michele is a 7 term graduate uchideshi and has been here so many times he refers to his visits to Nippon Kan Headquarters as “coming home”. Michele’s pasta dishes are a favorite of all uchideshi and Homma Kancho too.
Aikikai Aikido Nidan 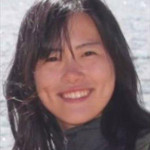 Hiromi, from Tokyo, Japan is an important student of Aikikai Aikido Kobayshi dojo under Yasuo Kobayashi Head Shihan. Kobayashi Shihan is one of the last remaining Hombu Dojo Shihan who instructed at Hombu during the time of the Founder Ueshiba. With Yasuo Kobayashi Shihan’s permission, Hiromi has attended Nippon Kan’s uchideshiprogram 4 times and is now a senior graduate uchideshi in charge of instructing new uchideshi entering the program at Nippon Kan for the first time. Hiromi began practicing Aikido when she was 8 years old and has experience practicing all over the world.
Aikikai Aikido Sandan 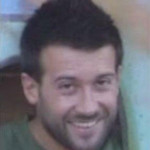 Luca, from Napoli, Italy also practices at an Aikikai dojo and owns his own IT business. Luca has assisted Nippon Kan in many video production and artwork projects and is known for his technical computer skills and also his fashion sense. Commenting on his hairstyle, it is said to be “Oh, it’s really Napoli”. Luca is a 3 term graduateuchideshi at Nippon Kan.
Aikikai Aikido Nidan 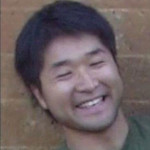 Hiroki, from Osaka, Japan, lived in Denver as an exchange student while he earned his degree from the University of Denver. Hiroki first joined the Nippon Kan uchideshi program when he was a student in Denver. Currently he lives in Japan and travels the world working in the Metals industry. Hiroki is a major contributor to Nippon Kan, assisting with article development for the Nippon Kan website.
Nippon Kan Aikido Shodan 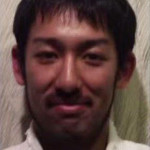 Shun, from Sendai City, Miyagi Prefecture, Japan, practices Aikido at Shirakawa dojo, an affiliate of Aikikai Aikido Kobayashi Dojo. Shun is a two term Nippon Kan uchideshi graduate and is one of our most unique graduates. Shun attended the Nippon Kan uchideshi program first while attending the Masters program at Tohoku University. After only one week at Nippon Kan General Headquarters he decided to accompany Homma Kancho to Thailand to help build the Bilay House Orphanage.  Homma Kancho told him, “This will be very valuable for you, and will be your uchideshi training”. After working on the project in Thailand he returned to Nippon Kan headquarters with only a few days left of his term. He completed his term and graduated from the Nippon Kan uchideshi program and returned to Japan.

After his experiences with Nippon Kan, when Shun returned to Japan he did not reenter the Masters program at Tohoku University. Instead he followed a life-long dream and became a professional baseball player for about a year on the southern island of Kyushu, Japan.  Following his “career” as a baseball player, Shun and was on his way back to return to the university when he receiving an invitation from Homma Kancho to join the Nippon Kan Summer MarathonUchideshi program 2014.  He traveled almost the entire length of Japan on a small moped to his home to take care of a few details and flew directly instead to Nippon Kan Headquarters to complete his second term. Currently Shun has returned to the University and is finally completing his Masters degree. A salute to Shun for his vitality!
Aikikai Aikido Nidan 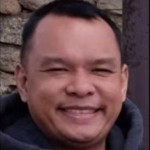 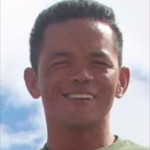 WO Dhan Gurung from Kathmandu, Nepal, is the AHAN Nepal Training Center head instructor of all army and civilian training programs for the Nepal Army Rangers. WO 2 Gurung is also in charge of teaching the Aikido Instructor Cadet Training Program at the ANTC. Dhan was officially sent by the Nepal Army Rangers to attend the Nippon Kan Summer Marathon Uchideshi program for 2014.

Dhan has extensive military experience so his Nippon Kan experience specifically included many civilian community projects and programs as well as rigorous Aikido training. Many of these experiences he has now adopted into the traditions of the Nepal Army Rangers in Nepal and has introduced many civilian wellness programs and activities into the training of the Nepal Ranger Aikido Instructor cadets under his command.
Aikido Nippon Kan Sandan 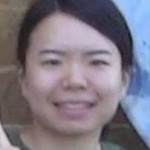 Fitting her Aikido practice in between a heavy study schedule, Harumi had not had a lot of physical training before coming to Nippon Kan General Headquarters for the uchideshi program. With mat burns on her elbows and knees, Harumi was determined to meet the challenge and triumphed over the difficult training the program offers. She even completed all of the “classes from hell” instructed by Michael Barrera Sensei; never giving up. Bravo!
Aikikai Aikido Sandan 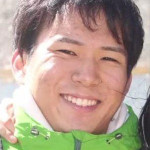 Koichi is Harumi’s younger brother and is also studying law. Koichi is young and powerful and his bokken movement was the fastest of all theuchideshi this year. After completed this uchideshi challenge, Koichi returned to Japan where he showed videos to his friends of his practice at Nippon Kan Headquarters. All of his Aikido friends were  surprised and amazed at how much he had learned! Koichi deserves respect for completing this very difficult course.
Aikikai Aikido Nidan

There were two other uchideshi that took the challenge for 2014 but did not complete theuchideshi program in good standing.

At Aikido Nippon Kan dojo, we have a few local Denver students that have regular jobs or go to school but still attend as many of the uchideshi classes and activities as their schedule will allow. We call them Nippon Kan “Han Deshi” (or ½ uchideshi).The following Nippon Kan members graduated as Han Deshi in the 2014 Summer Marathon Uchideshi  program. 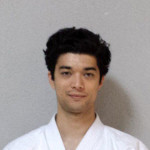 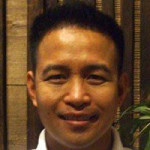 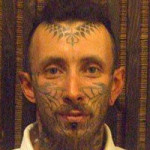 From the Editor
The Nippon Kan website activity report updates do not preview or advertise upcoming events; we wish to instead report on what has been accomplished. It is important for us to let all of our supporters know what activities and projects we have actually completed. Not all of Homma Kancho’s activities or travels are included in these reports and some activities that have not yet been completed will not be reported on until finished.

In the past year Homma Kancho has received invitations to teach in Libya, Algeria, Egypt and Cuba and sadly has been advised by administration to wait to travel to these countries for security reasons. The security issues are not with Aikidoka anywhere in the world, the advisements have come out of greatest precaution in a volatile world.

Until next time, thank you!
Nippon Kan Staff