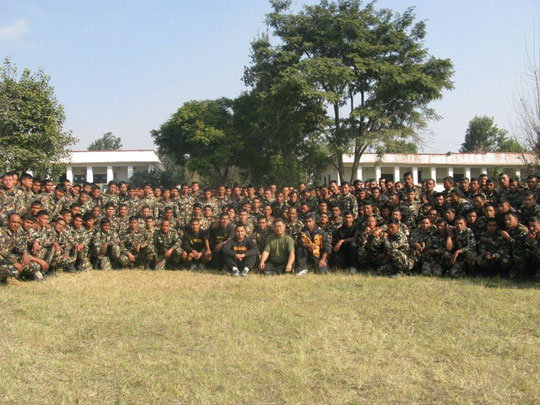 Homma Kancho visited the Nepal Army Rangers this past December in Kathmandu, Nepal for the second time this year. 600 soldiers from each Nepal Army Ranger Company; Alpha, Bravo, Charlie, Delta and Echo participated in this extended training event.

An outside three-hour practice was held each morning for enlisted rangers utilizing Nippon Kan NSDT (Nippon Kan Self Defense Techniques) for crowd and riot control combat training. Each afternoon, another three-hour practice was held for 60 elite cadets that have been selected to become future instructors. These intensive practices were held indoors at the Nepal Army Ranger on-base dojo and concentrated on more intensive open-hand and weapon arresting Aikido techniques. This daily regiment lasted a grueling six days.

NSDT is Nippon Kan’s unique method of training that focuses on the delivery of minimum damage with maximum power. This is the foundation for Nippon Kan kihon or basic technique for military application. 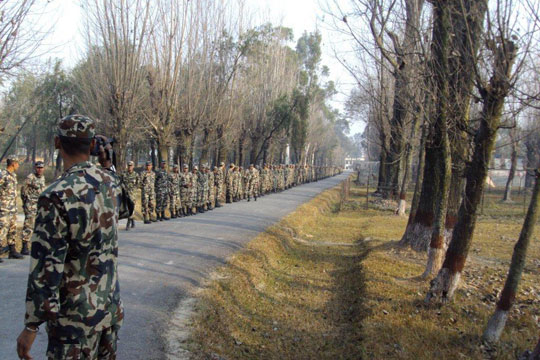 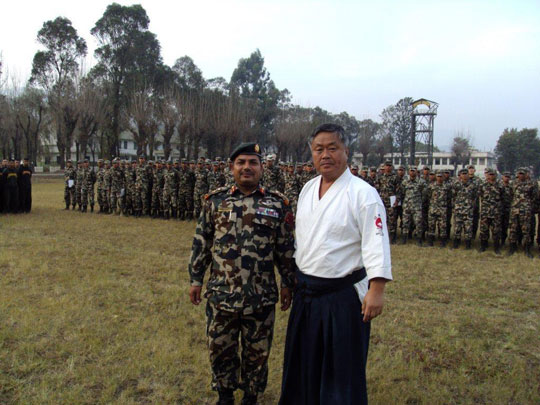 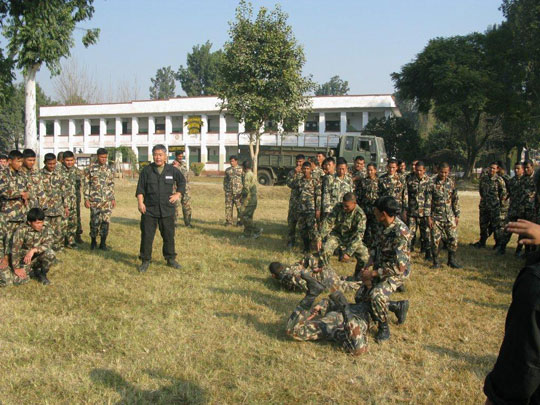 Before training began, Commanding Officer Colonel Bhlm Bdr Shah  and Second Secretary and Security Attache, Yoshihiro Kakinuma from the Japanese Embassy in Nepal were in attendance for the opening ceremony demonstrations supervised by Captain Aneez and students from the five Nepal Army Ranger companies. 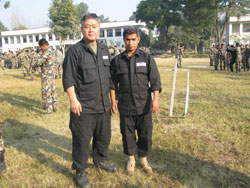 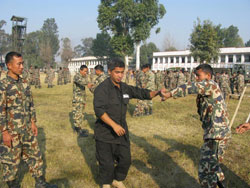 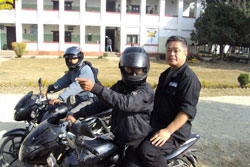 Transportation by motor cycle through Kathmandu. 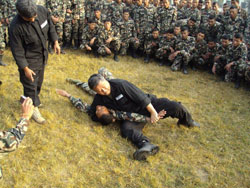 In Kathmandu, cadets in training to become future instructors practice six hours every day but Sunday under Nepal Aikido Nippon Kan Chief Instructor, Rajesh Bista. Instructor Bista was the original Aikido pioneer as the first to bring the practice of aikido to Nepal by inviting Homma Sensei to Nepal in 2005.

Within the Nepal Army Rangers, NSDT and Nippon Kan Aikido practice have been expanding rapidly. On this December visit, Homma Kancho and Instructor Bista traveled about two hours deep into the mountains outside of Kathmandu to a special training base where NSDT is being applied to Special Forces training. Homma Kancho reviewed specialized NSDT training in practice and discussed plans for future training development.

On this trip, Homma Kancho learned that Sgt. Dhan Gurung, a Nepal Army Ranger Aikido Instructor, whom Homma Kancho has trained on previous visits, had been transferred to Sudan as part of a UN Peace Keeping Force of 850 Nepalese soldiers. Sgt. Gurung has already begun an Aikido training program for the Nepalese soldiers while in Sudan and Homma Kancho worked with about 20 soldiers during this six day intensive training program in preparation for their departure to join this mission soon in Sudan. Homma Kancho plans to go to Sudan in early 2010 to teach the Nepalese UN Peacekeeping forces personally. 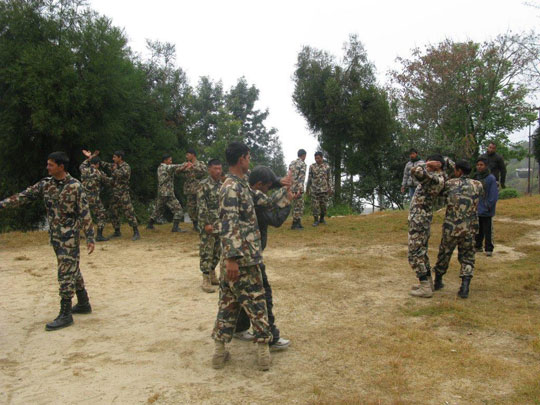 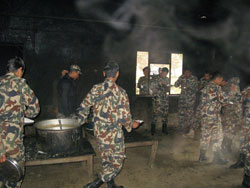 Soldier eat while standing during training. 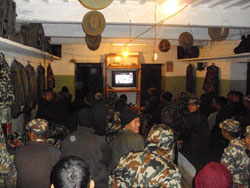 After a long hard day, a popular pastime for soldiers is to relax watching pro wrestling on TV. 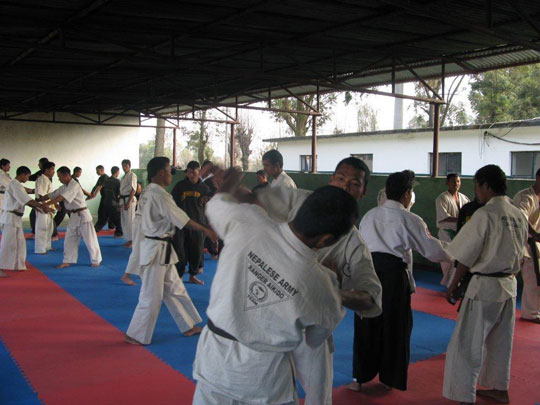 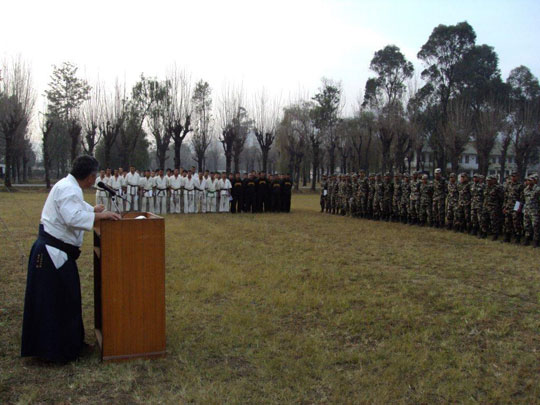 As a country, Nepal is still somewhat politically unstable and during this visit there were general strikes going on in Kathmandu. With concerns about security during these strikes, precautions were taken with Homma Kancho’s transportation to and from the base. Instead of being transported by military vehicle during the strikes, Homma Kancho was driven by motorcycle, which made for interesting trips through the city.

This report was written by me, Cihan Karaogluol, who served as Homma Kancho’s assistant for this training in Nepal. I am a graduate uchideshi from Nippon Kan General Headquarters in Denver, now living in my hometown of Izmir, Turkey. This trip was as experience I will never forget.

NOTES FROM EDITOR
This training mission was for active military personnel, therefore many people involved in this successful project cannot be named or photographs used for security reasons.