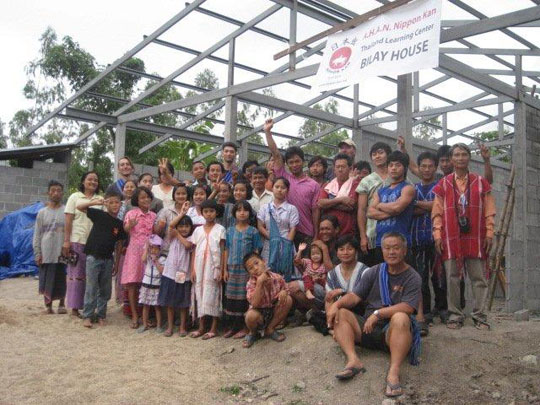 Plans have already been drawn and the foundation laid for the new sleeping quarters for 30 children, dining and kitchen areas and a small chapel. The sole purpose of this project is to support Pastor Bilay in his mission to aid the orphaned Myanmar refugee children relocated to this area. This project does not focus on or support any certain tribal conflict, political position or religion in Burma or Thailand and AHAN’s position will always remain a mutually neutral position toward both governments of Myanmar and Thailand. 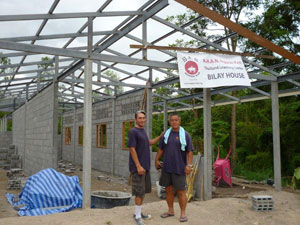 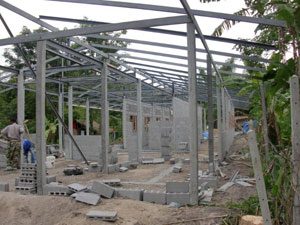 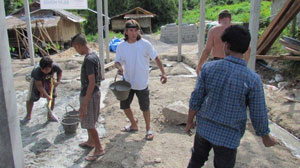 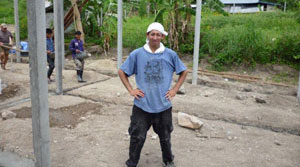 Homma Kancho was accompanied on this trip by Nippon Kan student staff Scott Olson, Robert Mesa, Yuji Kosakowski, and Shun Endo, a student of Yasuo Kobayashi Shihan in Sendai, Japan.
Many thanks to these volunteers and all of the students and friends who helped raise the support needed for this project. Homma Kancho personally supported this project with major donations of his own and as always provided the vision and leadership to make this dream come true.

Homma Kancho spoke of his philosophy about the project, “Aikido has no tournaments therefore to test one’s validity I think it is important for an instructor to demonstrate their philosophy and beliefs by interacting directly with our greater community; relating directly with people outside of the security of the dojo mat. If a martial art instructor’s beliefs and technique can be communicated and received well by local communities outside of the dojo, this is real proof of their mastery of the art of Aikido”.

Link here to a special video on Pastor Bilay and the building of the New Bilay House in September 2011. “The Building of Bilay House, Close to the Earth-High to the Sky”.