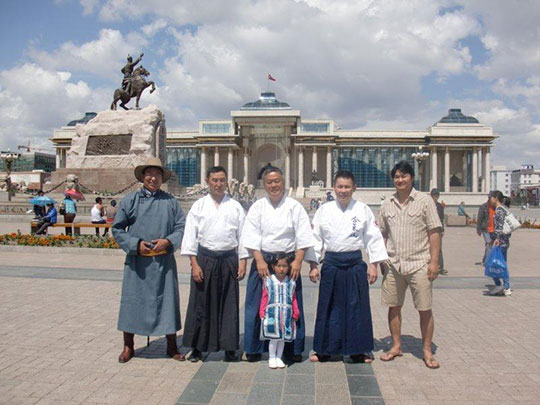 Homma Kancho returned to Ulaanbaatar, Mongolia in July 2012. It had been five years since his last visit to Mongolia and it was a time for a great reunion!

Homma Kancho was invited back to Ulaanbaatar by all of us, friends from Mongolia that first met Homma Kancho in Denver. After the democratization of Mongolia in 1990, many Mongolian people migrated to the United States and Denver was home to a large Mongolian population. Homma Kancho provided support and opportunity for many Mongolians in Denver, most notably by organizing the first Mongolian Traditional Music Concert at the Denver Center for Performing Arts in Denver in 2002, hosted the President of Mongolia at Nippon Kan and Domo Restaurant in Denver in 2004, organized New Year parties for senior Mongolian citizens at Nippon Kan in Denver for many years, donated 80 used computers to Mongolian monasteries in Mongolia and supported other school projects in Mongolia for children in need.

After returning back to Mongolia, all of us have devoted our time to Nippon Kan, managing AHAN Mongolia projects with continued support and educational supplies for children’s facilities here in Mongolia.

Unfortunately I hear that the Mongolian community in Denver has dissipated and is no longer supported locally by Nippon Kan because of many recent illegal Mongolian immigrant issues. All of us have wanted  Homma Kancho return to Mongolia, and we were delighted to have this reunion visit of 2012! 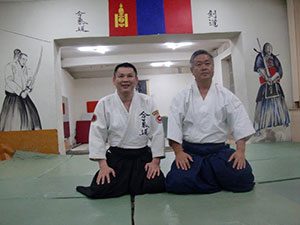 Homma Kancho with Wolf Sensei at
his dojo in Ulaanbaatar 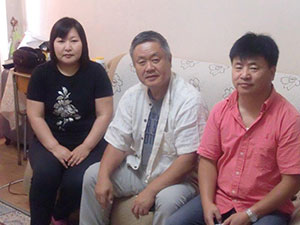 Myself, Alima and my music professor husband with Homma Kancho

While becoming a democratic nation is a wonderful thing, Homma Kancho has warned us about some of the pitfalls of being released from socialism into a world of democracy without guidance based on his experiences visiting Eastern Europe and Central Asia. The development in Mongolia since 1990 has been remarkable, bringing Mongolia into a modern world. What Homma Kancho warned about however has come true; there is an expanding difference between the rich and the poor now in Mongolia, investment from foreign interests have taken over too much control of commerce here and the crime rate has risen. On this visit, Homma Kancho advised us about the importance of subsistence farming and self sufficient community development, both of which interest me a great deal. 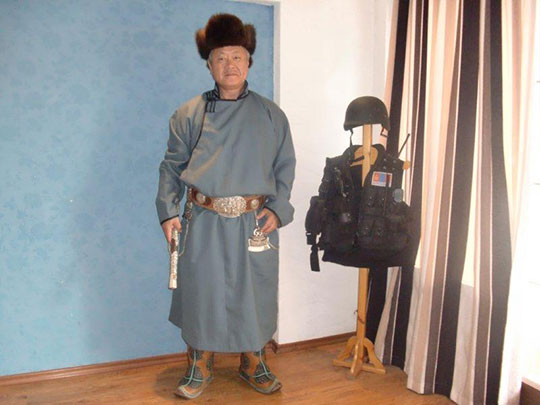 During this visit, Homma Kancho instructed at Wolf Dojo and Bold Dojo.

Thank you Homma Kancho for taking time from your busy schedule with AHAN activities around the world to come to visit with us. Please take care of yourself!