This is the letter written by late Kisshomaru Ueshiba, then Doshu, a son of Morihei Ueshiba, the Founder of Aikido, dated on August 11, 1969 and addressed to Homma Kancho when he was still a young man who would not yet have founded Nippon Kan. 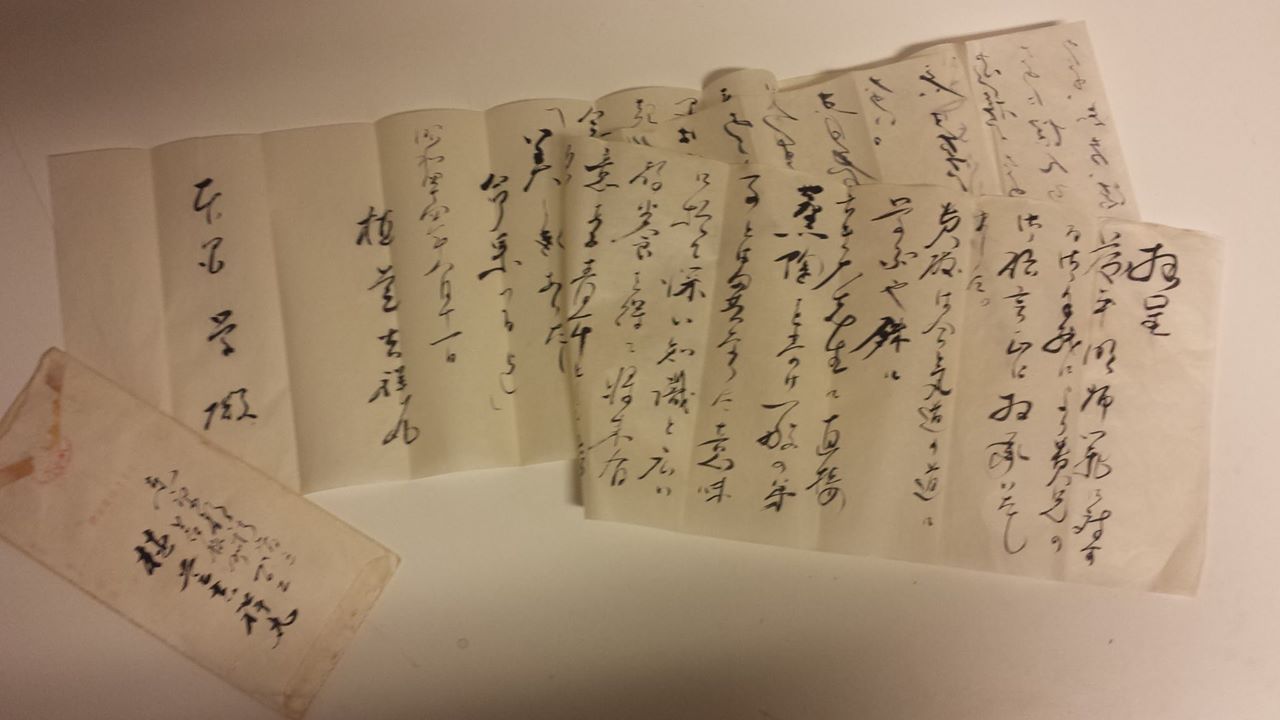 After the demise of the Founder of Aikido, Aikikai Headquarters was undergoing a stormy and tumultuous period.  The letter was written by then Doshu to Homma Kancho to persuade him to stay with Aikikai, when then Doshu late Kisshomaru Ueshiba and then director of instructing late Koichi Tohei (who later founded the Ki Society and Ki-Aikido) were going through a period of conflicts.

As Homma Kancho had had Shihan (instructors) under whom Homma Kancho had trained on both sides, he had been feeling distressed and torn about having to choose whom he should stay with.  In the end, Homma Kancho ended up with a decision to go with the 3rd choice which he had thought as the only choice he had, given an advice from his father.  The advice from his own father was simple yet strong and convincing: “A Samurai Does Not Serve Two Masters.”

The choice was an extremely difficult one for him as it meant for him to follow a “Path of His Own”.  Nonetheless, it was the only choice he had as his master had been and still was at the time and forever would be the one and only Morihei Ueshiba, the Founder of Aikido, and he believed with a resolve that to follow a “Path of His Own” was his duty to his sole master. And Homma Kancho received the letter from then Doshu Kisshomaru Ueshiba after he had informed Aikikai of his decision.

He has been running the independent Dojo since the founding of Nippon Kan in the U.S., and it’s worth noting that notable high-ranking Shihan (instructors) from the days when the Founder of Aikido, Morihei Ueshiba was still alive, like late Morihiro Saito Iwama Dojo Shihan, late Masatake Fujita Hombu Shihan, Aikido Kobayashi Dojo Yasuo Kobayashi Shihan, have come to Nippon Kan HQ Dojo in Denver to hold large scale seminars.

Parts of the letter are not shown as it may be interpreted as an attack to certain individual(s) and thus to protect the privacy of the people mentioned in the letter.

The entire length of the “washi” paper used for the letter is approximately 4 feet/1.2 meters long, and it’s hand-written with an ink brush by then Doshu Kisshomaru Ueshiba.