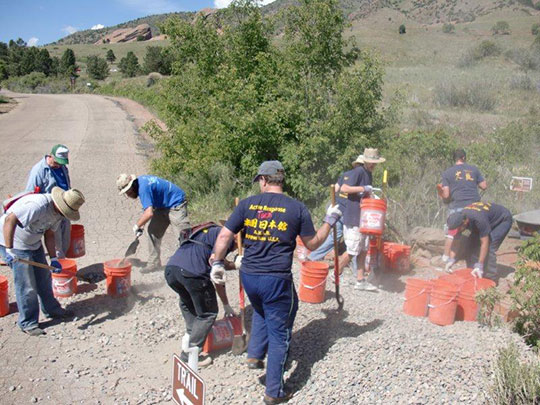 It was a nice Saturday morning on June 2nd, 2012 as we all headed out for our 21st Annual Spring Volunteer Project. This year our project was in Red Rocks Park, located about 20 minutes from the city in the foothills west of Denver. Red Rocks Park is famous for its looming red sandstone cliffs and outdoor amphitheater nestled between rims of rock. The amphitheater is a popular venue and rock stars like the Beatles, Rolling Stones, Michael Jackson and Sadao Watanabe the Japanese jazz musician have played there under the stars. 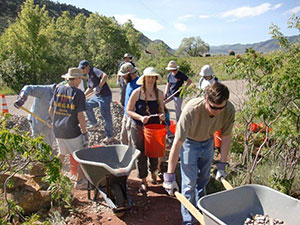 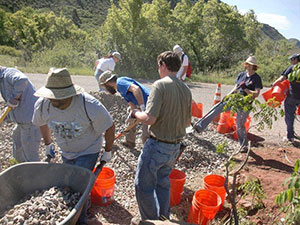 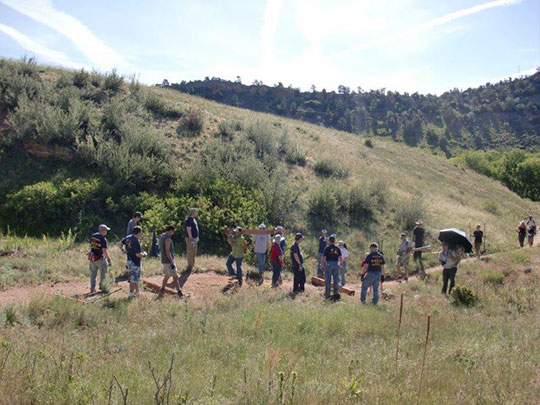 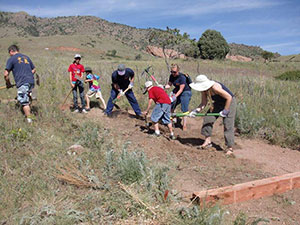 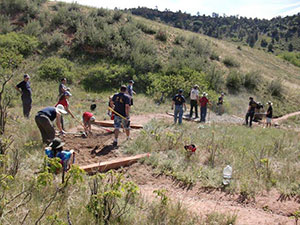 Digging in rocky ground-“motion and sweat”

Nippon Kan volunteers worked side by side with the Denver Parks Department and City Park Rangers rebuilding a mountain bike trail in the park that had been eroded by rain. To protect the environment, heavy equipment was not used, and the Nippon Kan “army” used shovels and wheel barrows to ferry loads of river rock up the trail for rebuilding. The work was tough but our volunteers rose to the task and finished the job in half the allotted time; about 4 hours. Watching our team in action, one of the park rangers commented, “This job would take our staff about a month to accomplish what your group has done in only 4 hours”. 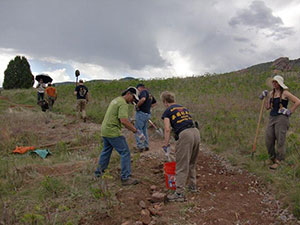 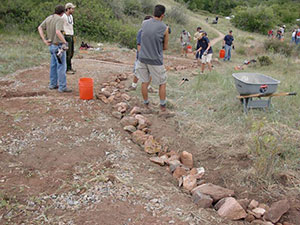 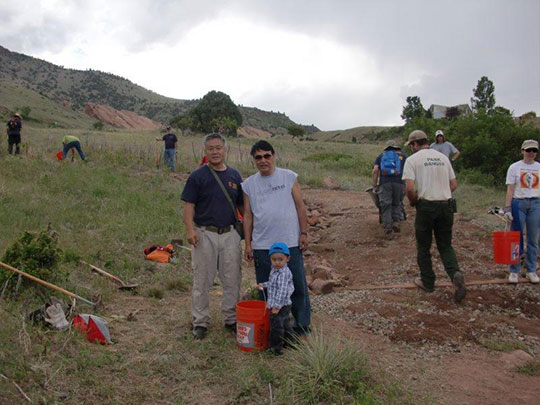 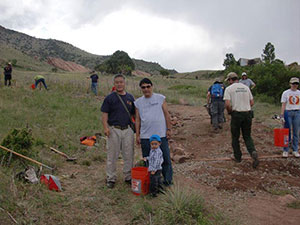 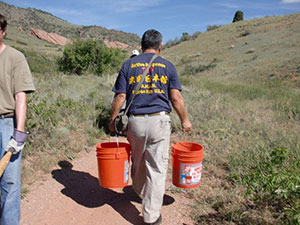 Yes he can! Homma Kancho still out there!

By the way, the “$10,000 bike” in the title of this section does not reference the cost of the bike path. We were told by the Rangers while we shoveled and hauled rock up the path that some of the mountain bikes ridden on this trail cost over $10,000!  Homma Kancho laughed when he heard that and shouted out to everyone, “These wheel barrows we are using are more valuable than a $10,000 mountain bike! Good job everyone!” 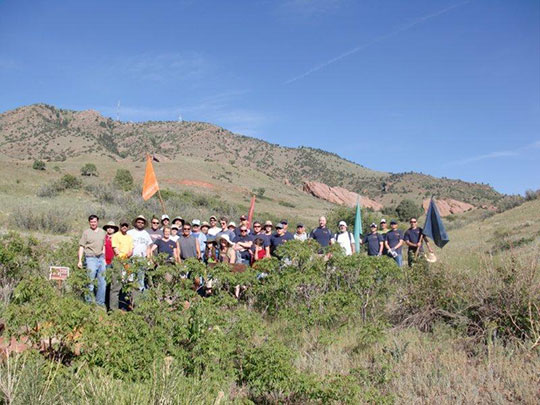