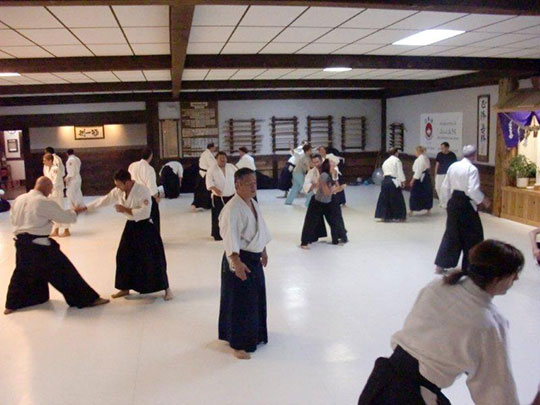 Spring Soran was held this year with two weeks of intensive training. The word Soran in Japanese is a term used to describe a period of practice where  student’s level of technical comprehension, understanding of dojo etiquette and safety and the understanding of Homma Kancho’s and Nippon Kan’s philosophy is reviewed. After the two week Soran practice about 20 students were promoted in rank.

Nippon Kan’s homeless dinner service and spring volunteer project were both part of this year’s Spring Soran in the spirit of ‘Engaged Budoism”, a major principle at Nippon Kan.