The purpose of this visit, coordinated by Gaku Homma Kancho, Founder of Aikido Nippon Kan and Chief Instructor for the Nepal Ranger Aikido Training programs with the Nepalese Army, was to share the Aikido and Humanitarian program development in Nepal developed by AHAN and the Nepal Rangers with the Japanese Embassy and JICA staff in Nepal. The guiding principles of Aikido and of AHAN have deep roots in traditional Japanese Culture and these demonstrations illustrated how this cultural exchange has been beneficial for the people of Nepal.

Organized by Leading Instructor WO2 Dhan Gurung and Instructor Rajesh Bista, Aikido Demonstrations were performed by Nepal Ranger ANTC Instructors and Cadets. The children of the AHAN WWY (We’re with You) program also performed demonstrations of Aikido, emergency preparedness and disaster triage procedures. The WWY program was created by Homma Kancho with the Nepal Ranger Instructors to support the children displaced by the great Nepal earthquake in April 2015.

The entourage paid a visit to a local school in Kathmandu that suffered great damage in the 2015 earthquake. This school is currently supported by Nepal Ranger AHAN WWY programs with meal services, school supplies and educational equipment donations.

The demonstrations were well received and will serve to open doors to new relationships with Japanese Embassy and JICA Agency officials in Nepal. 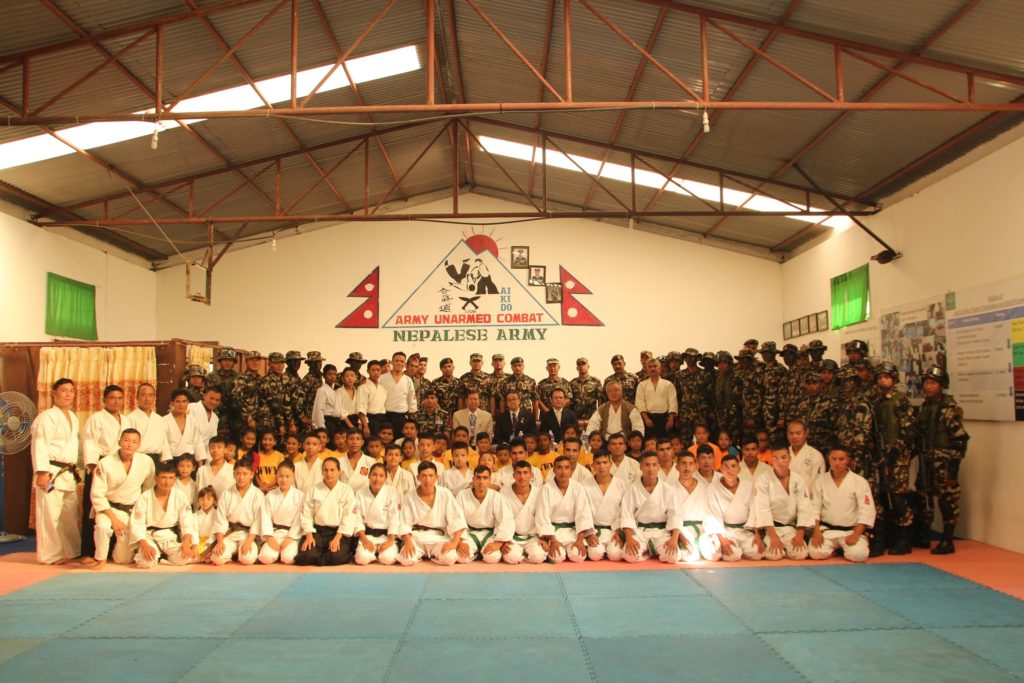 At the AHAN Nepal Training Center-demonstrations 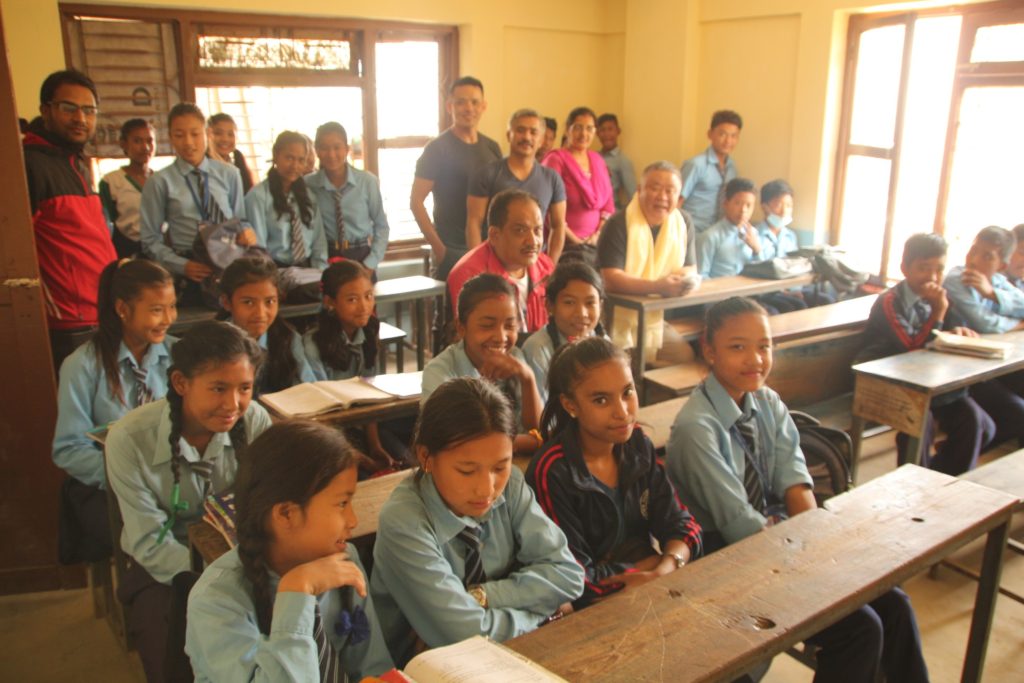 Homma Kancho’s visit to the Kathmandu school devastated by the 2015 Nepal Earthquake supported by AHAN and the Rangers AHAN WWY Programs.