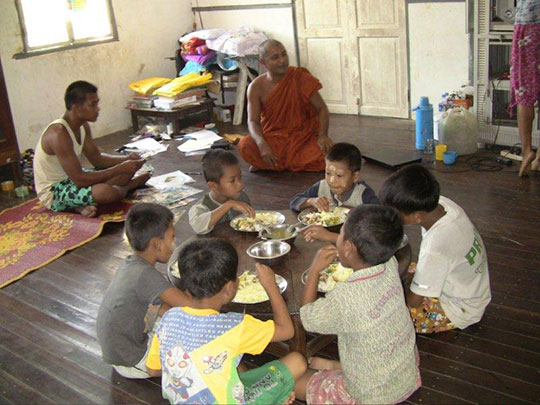 After his first visit in July, Homma Kancho first returned to the town of Sittwe in October 2012. Sittwe is located in western Myanmar and there is a long history of tribal war in this area between the Muslamian, Lohinga and Rakhine tribes. More than once this year violence has erupted in Sittwe.

In June and October, the fighting led to death, and there were many victims. These wars reflect a never ending cycle of revenge and the attacks have been vicious. In October, by chance, I personally was able to witness and record the retrieval of eight bodies from the most recent tribal clash. (I purposefully am not releasing information on which tribes were involved). The deaths of these victims had been gruesome; the bodies slashed-some into pieces, some drown after having their throats cut.

All of this brutality in the western provinces was happening at the same time plans were being announced for a visit by US President Obama to Myanmar; a symbol of a new age of democracy in Myanmar. As the world turns an eye toward Myanmar in celebration of new policy, many domestic issues remain. Our purpose in AHAN however is to support the children and our mission is never involved with local political issues. Therefore I abstain from expressing my opinions and focus the role of AHAN in the support of the restoration of facilities for orphans with the monks of Sittwe. A project abandoned since the last riots of 2010. 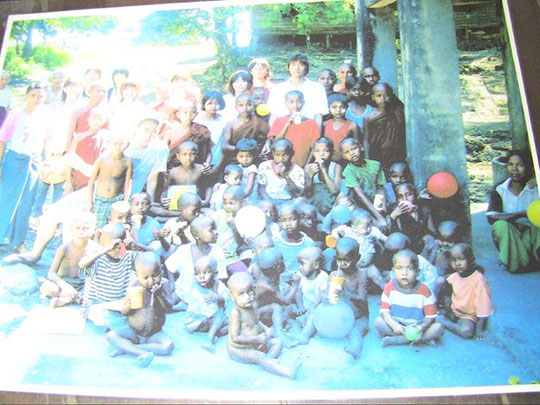 The current whereabouts of many children is still unknown 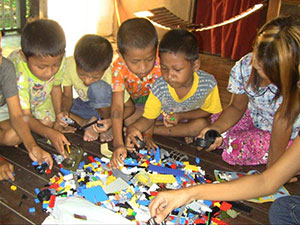 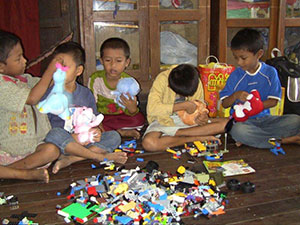 Before July 27th, 2010, this temple housed 74 children including many disabled children under 2 years of age. On that day in 2010 the orphanage was abruptly closed and the head monk arrested and seized by the military government. There is still little information about many of these children’s whereabouts since this abrupt closing; especially about the disabled children who were cared for by the monks of Sittwe at that time.

The head monk was found guilty of vague charges and sentenced to 8.5 years imprisonment but thanks to the work of “Amnesty International” he was released after 20 months. Currently he has returned to the temple in Sittwe and has dedicated all of his efforts to rebuilding the orphanage facilities. A few of the children have returned…many are still missing. 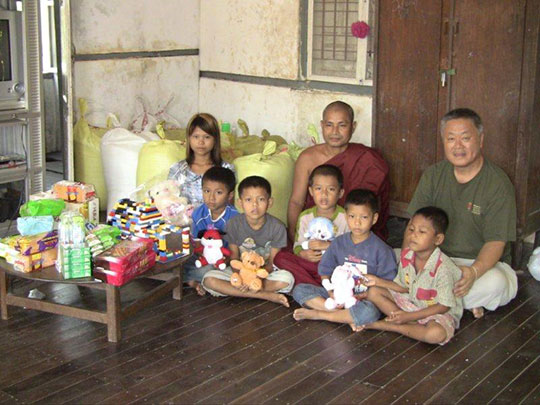 Donated rice and toys for the children 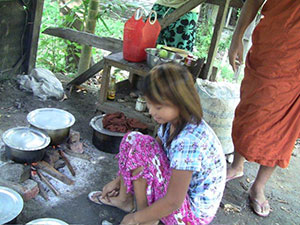 Miss May cooking for the children 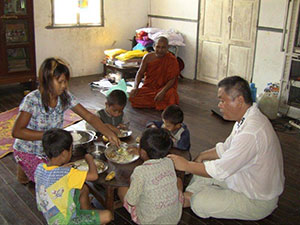 Miss May serving meals to the children and Homma Kancho

It is very important to rebuild a safe refuge for these displaced children and construction is finally progressing rapidly. As a side project, near the orphanage facility project is a Buddhist pagoda built over 600 years ago. Some of the older children have taken on the restoration of the pagoda as it has fallen into disrepair.

It is a also good educational project, teaching the older children lessons about life through hard work and accomplishment. “A day’s work for a day’s meal”. Because unemployment is high in this area, future plans include developing farming at the temple orphanage to promote both self sufficiency and character development.

These Sittwe projects are supported by the Rakhine tribe members in Denver and AHAN Nippon Kan. 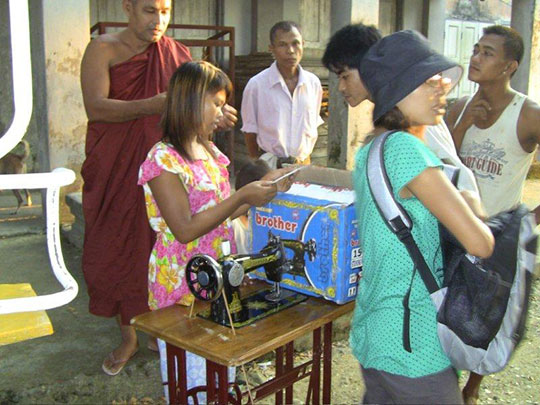 A new sewing machine for making the children’s clothes

We are currently producing a video documentary about Miss May who joined the orphanage at the age of 2. What has she seen in her young life?  What happened to her? What will she become? These are all questions we hope to answer as this project develops.

As Myanmar finds its voice in new democracy, we hope to portray Miss May’s story as a victim of the past with new hopes for the future in her country. Ms. Jin Jin Wu is assisting on this project and accompanied me on this visit to Sittwe in October 2012. Ms. Jin Jin is a mathematics instructor at the AHAN Myanmar Learning Center in Yangon and speaks fluent English and Japanese. 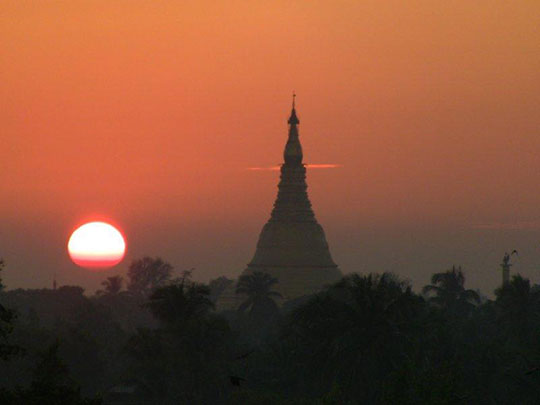 A beautiful sunrise for the people of Sittwe

Note from the Editor
These activity report updates were produced in March 2013. President Obama visited Myanmar on November 11th, 2012 after this article was written and since that time conditions in Myanmar have been moving in a good direction.

The support for these projects in Sittwe has been generated by the Rakhine tribe in Denver, out of love for their home province. There is no sense of pity for past realities, only eyes looking forward. Our hope is for the future protection of rights for all people, so that everyone can find joy in each sunrise…