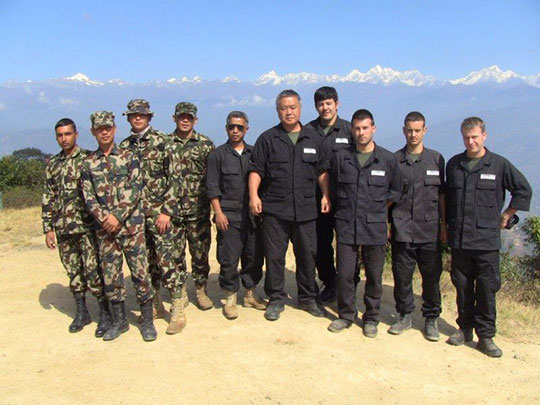 Homma Kancho traveled to Nepal this past November to instruct a five-day training intensive with the Nepal Army Rangers. On this trip he was accompanied by Koichi Ninomiya Sensei, son of his long time friend and Founder of Enshin Karate, Joko Ninomiya Shihan. (www.enshin.com) Koichi Ninomiya Sensei currently instructs at Enshin Karate Headquarters in Denver, and was invited by Homma Kancho to introduce Karate-boot techniques to the Nepal Army Rangers.

Homma Kancho spoke to the Rangers before training, “Aikido is a budo (Japanese traditional martial art) with many facets. It is an art that can be practiced by children, men and women-young and old. Aikido is an art that must be taught on solid foundational principals and teaching, but must be able to adapt to changing situations and changing times.

As Nepal Army Rangers, you all are samurai. There may be times when your life is on the line, therefore there is no reason not to learn other martial arts that may assist you in these circumstances. Aikido does not defend as well against kicks and learning these skills is important to your training.

I asked permission from the Founder of Enshin Karate, Joko Ninomiya Shihan for Koichi Sensei to come here to Nepal to be able to offer you a chance to learn these skills through Enshin Karate techniques. Ninomiya Shihan is the first World Champion of Kyoukushin Karate and his son Koichi Ninomiya Sensei has joined us for this training today. I think the Nepal Army Rangers will benefit from Enshin Karate training and that it will expand in Nepal”. 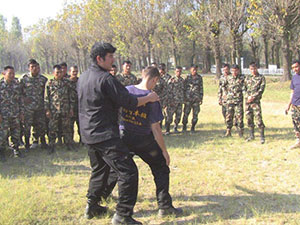 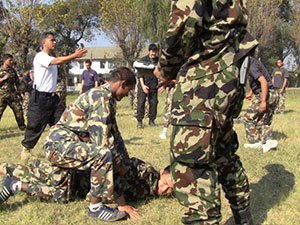 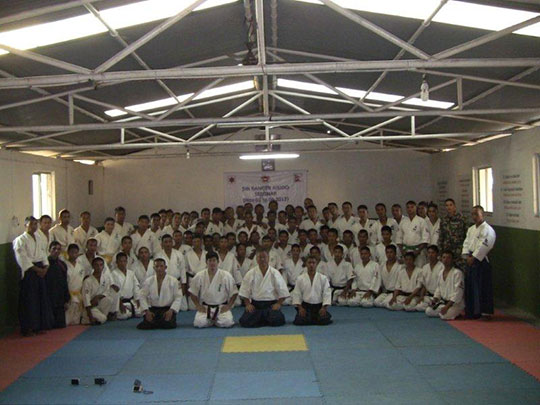 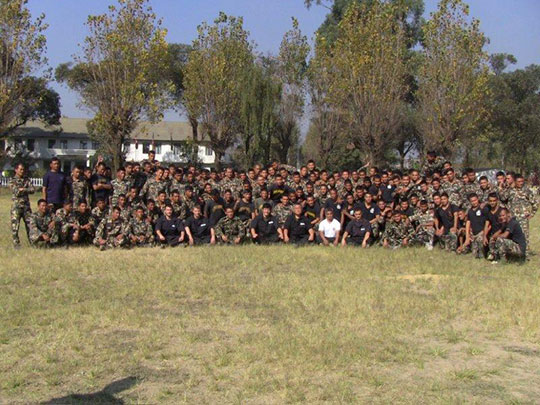 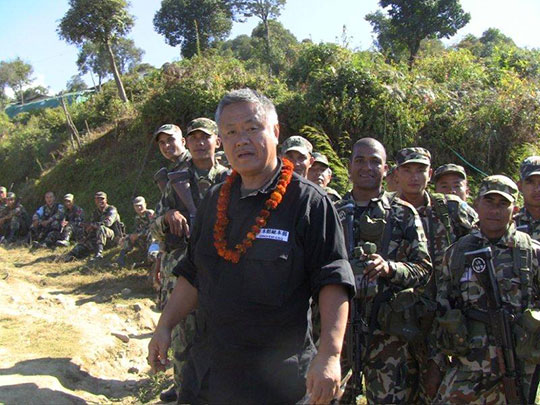 This five day intensive included advanced level Aikido training conducted by Homma Kancho and Enshin Karate training instructed by Koichi Sensei at the headquarter base in Kathmandu and Ranger candidate training was conducted in the nearby mountains. All Nippon Kan Aikido training has been fully authorized by Nepal Army Commanding Officers, many who were present for opening ceremonies.