Nippon Kan is a US Federal and State Non Profit organization (501(c)3) and all of the Nippon Kan Board Members are American. Therefore, since the beginning, we have flown the American flag in the Nippon Kan gardens every day. 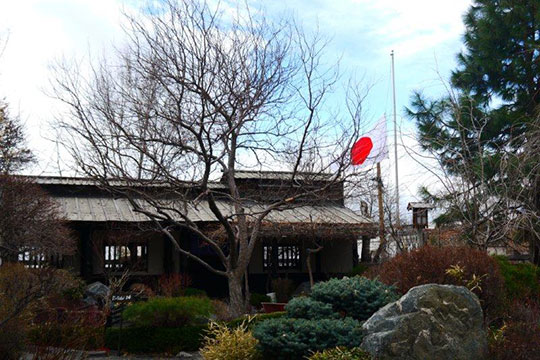