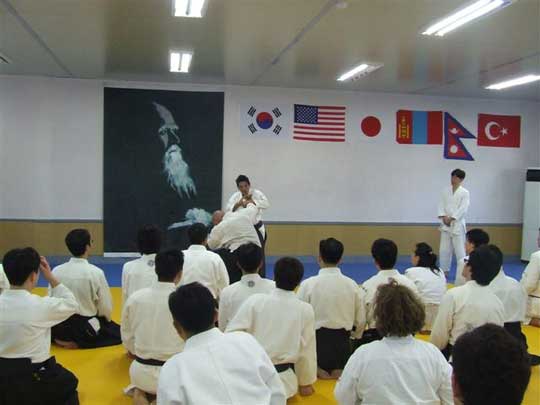 This historic seminar was instructed by Stephanie Yap Sensei, Chief Instructor of Aikido of South Florida (http://www.aikidosouthflorida.com/ ). This was the first time in Korea that a professional woman instructor had taught an Aikido seminar exclusively and the event—held at a local high school judo facility—was an overwhelming success. About 100 students from all over Korea came to attend this special event. Gaku Homma, Nippon Kan Kancho , who had been teaching in Nepal, met Yap Sensei and an entourage of Nippon Kan students in Seoul.

Homma Kancho opened the seminar with introductions and then Stephanie Yap Sensei took the lead with her unique and energetic warm-up exercises. Yap Sensei was a long time uchideshi under the late Morihiro Saito Shihan and also trains under his son Hitohiro Saito Sensei of Shin Shin Aiki Shuren Kai Dento Iwama Ryu. She is a woman instructor well know for her dynamic and powerful style, and this seminar in Seoul was no exception.

Aikido is a relatively new martial art in Korea and there are few Korean women Aikidoka currently practicing. All of the attending students were surprised and greatly impressed with the power of Stephanie Yap Sensei’s technique.

As part of AHAN’s IISA program, instructor education is very important, especially for instructors (regardless of style or affiliation) that are leaders in their own communities and exhibit an enthusiasm for learning and a dedication to their own practice. Nippon Kan encourages instructor development with projects such as these IISA global training tours offering instructors a chance to enrich their own teaching experience. All IISA Instructors support AHAN in philosophy and deed in their own dojos and communities. 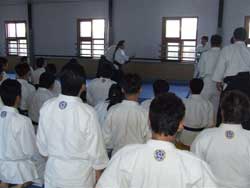 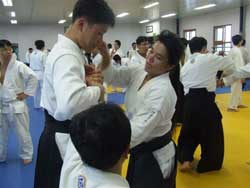 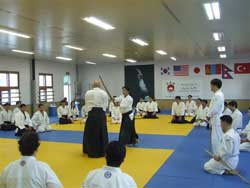 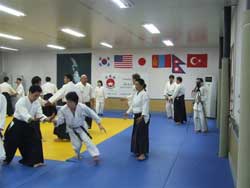 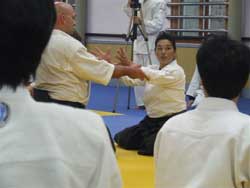 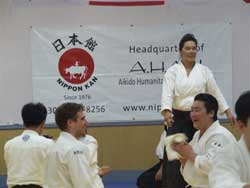 A hard practice, but everyone had a smile! 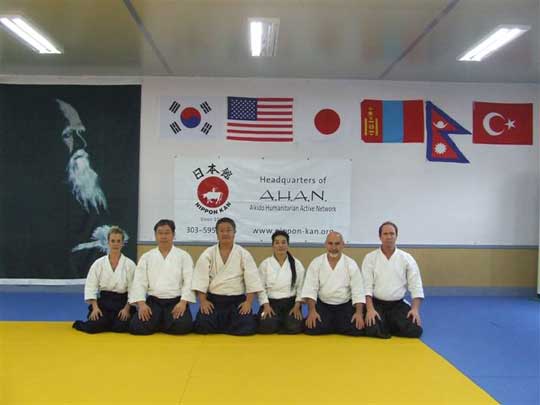 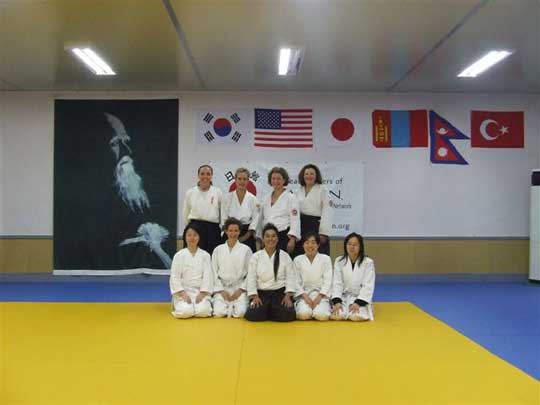 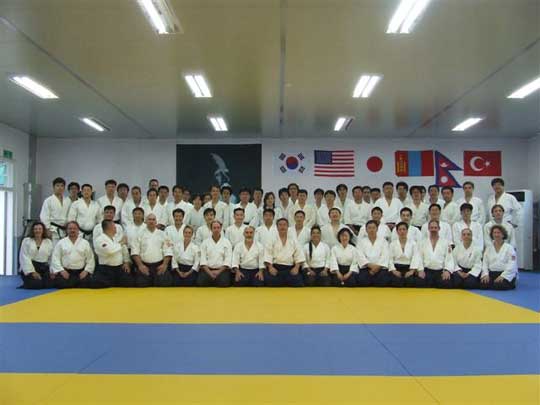 Students on the first day of practice.

Yoon Sensei and his wife Miae-san were both wonderful hosts both during and after the seminar, introducing us to many aspects of Korean history, culture and of course the delicious cuisine! Everyone on this tour had a wonderful time. The success of this seminar was due in large part to the deep understanding of the purpose and goals of this seminar by Yoon Sensei and Miae-san and also the support and understanding of their students. Yoon Sensei is a devout Christian and understands the philosophy and humanitarian activities of AHAN with vision. A portion of seminar proceeds were donated to three local Aikido dojos under Yoon Sensei’s direction for operations support. On this trip by mutual agreement between Homma Kancho and Yoon Sensei, the Korean Aikido Federation became official members of AHAN. We sincerely welcome Yoon Sensei, Miae Sensei and the Korean Aikido Federation as members of AHAN and look forward to participating together in other international AHAN activities in the years to come. Many sincere thanks to everyone we met in Seoul. 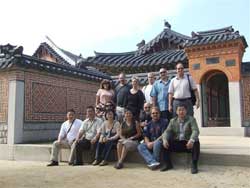 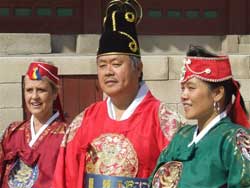 The emperor and his two queens. 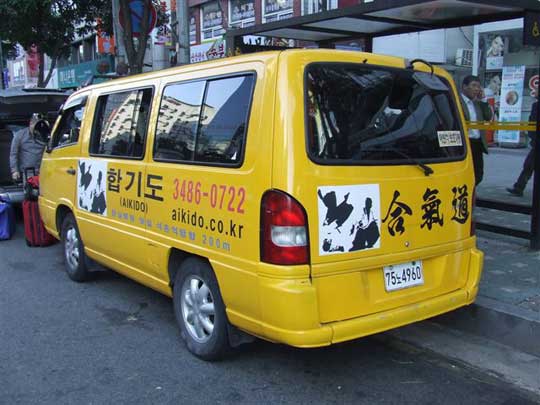 Korean Aikido Federation Van. Thank you for driving us.