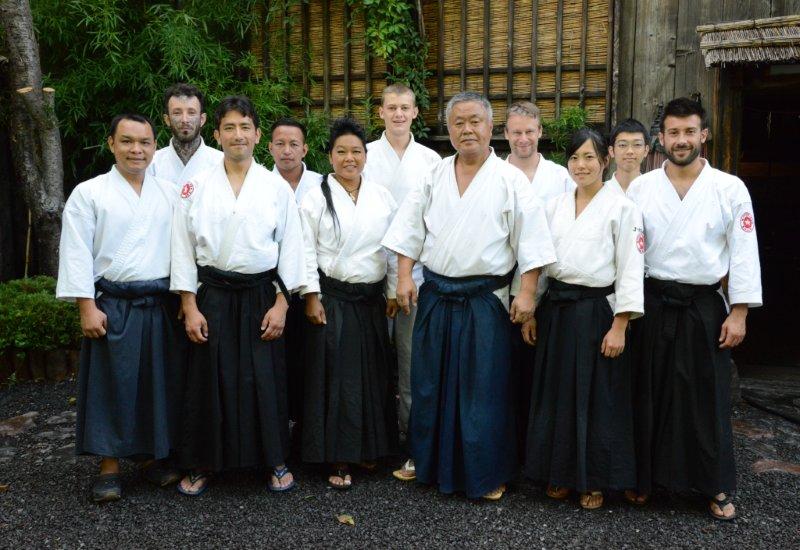 At the seminar opening, Homma Kancho introduced Stephanie Yap Sensei as “the best woman Aikidoka in the USA”.  Yap Sensei is a long term uchideshi in Iwama under the late Morihiro Saito Shihan, 9th Dan and after his passing, the current Hitohira Saito Jukucho, Founder of Dento Iwama Ryu Shin Shin Aiki Shuren Kai. Homma Kancho said of Stephanie Sensei, “She has remained loyal to her teaching. It was the wish of the late Morihiro Saito Shihan to continue the teaching of Iwama Aikido technique and philosophy after his passing, and this deeply qualified woman instructor has honored her teacher’s wishes”. “Seeking personal promotion and profit, many left after Morihiro Saito Shihan’s passing, but Stephanie Sensei has stayed loyal and followed the spirit of budo; something I respect very much”. 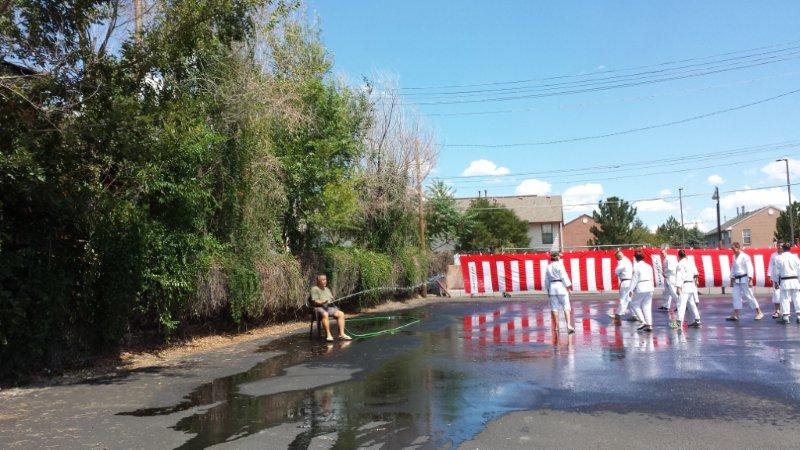 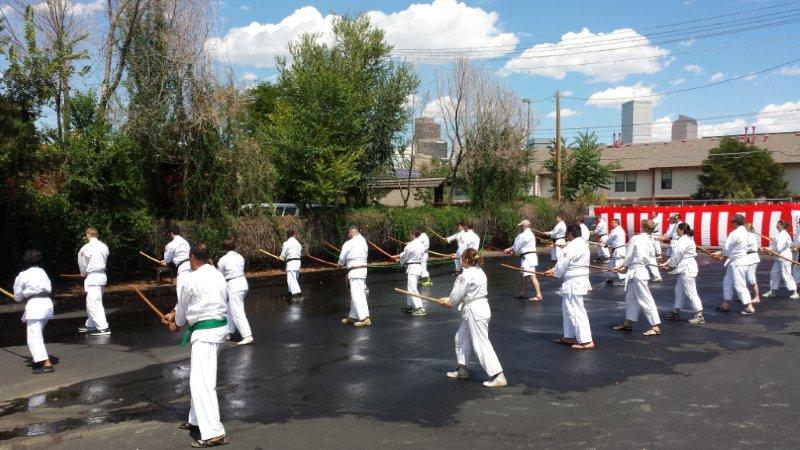 Stephanie Yap Sensei is well known for her powerful style and her 3-day seminar was just that; a powerful and wonderful event! Weapons practice was held outside in a parking lot adjacent to the dojo and it was so hot outside that the blacktop had to be hosed down for an hour before practice could begin!

All in all a great weekend of expert instruction and invigorating practice!

Morihiro Saito Shihan and his son Nihe (Hitohira) Saito Jukucho have both supported Nippon Kan as an organization as it has grown through the years. Aikido Nippon Kan is an independent dojo but holds a strong feeling of gratitude and giri to the Saito family. Hitohira Jukucho and Homma Kancho still maintain a deep personal relationship and are in frequent contact.

Recently it has been learned that the name and imagery of the late Morihiro Saito Shihan and Dento Iwama Ryu has been used without permission in promotions and advertising in Colorado. The Saito family and Nippon Kan General Headquarters have no relationship with this group.