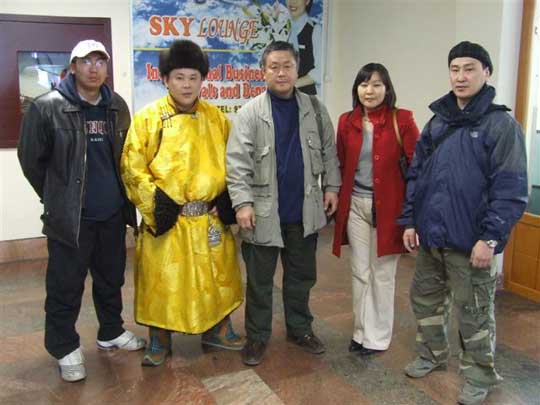 A new goal and direct has been set by Homma Kancho and AHAN Headquarters for 2007; to focus on the support of authorized, independent activities organized by local AHAN leaders in their own countries and communities. Within the guidelines of this new directive, the AHAN Mongolia staff took the initiative to begin the year with a new project of our own. This project was conceived of, organized and executed entirely by AHAN Mongolia staff and students and turned out to be a great success! Homma Kancho’s annual visit to Mongolia coincided this year with AHAN Mongolia’s first annual High School Community Service Challenge. 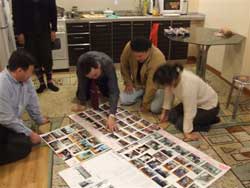 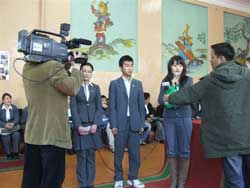 Highschool students talk about their projects with the local media.

In Ulaanbaatar the capitol city of Mongolia, children from elementary grades through high school are educated in the same school. The schools are named by rank, and the school that we chose for our community service challenge pilot program was National School #1. This school has a student population of 2,200 students ranging in age from 6 to 17 years of age. The eleventh grade was chosen to participate in this challenge, and each class created their own community service project. Each class had two weeks to complete their project and turn in their final reports. The projects were “judged” and three different class projects were chosen as the winners of the challenge; ranking 1st, 2nd, and 3rd by the AHAN Mongolia supervising staff.

First place was awarded to the class who organized a neighborhood clean up and recycling project. Second place went to a class that organized a project for senior citizens, and third place was awarded to the class with an orphanage support project. Awards were presented to the students in a special ceremony by Ganzorig Dashdorj Wolf, Dojo Cho of the Aikido Nippon Kan Wolf Aikido Club and a leader in the business community. Mr. Wolf, who was instrumental in the organization of the entire event, awarded the winners with funds reserved for further use in the development of their projects over the coming year.

Homma Kancho was present at the awards presentation and spoke to students, faculty, family members, and other leaders in the community who had assembled for this special presentation.

“In the past few years, AHAN Headquarters in Denver, Colorado has donated over 100 used computers, school and medical supplies, clothing, musical instruments to children and young adults in Mongolia. We have also supported orphanages, schools, humanitarian assistance organizations and important historical building reconstruction. Supplying monetary aid and supplies is important, but more important is the work that has been accomplished in developing independent wellness activities in Mongolia but your own country’s men and women. Ganzorig Dashdorj Wolf and his staff have worked very hard to create and implement ideas for your community and this high school community service challenge has been a wonderful success. It has been a project that is beneficial for the students and teachers involved as well as the recipients in neighborhoods, as senior citizens and the children in the orphanages.

Environment concerns are a priority here in Ulaanbaatar and the first place neighborhood clean up and recycling project is something that everyone can become involved in. It is commendable that in Mongolia, caring for the elderly is a priority. The second place project of caring for the elderly who are alone is another wonderful project. The third place students donated their own school books to an orphanage in order to give children a chance to learn. This is an act of sharing brotherly and sisterly love and will help the next generation to come. It is difficult to decide which project is 1st, 2nd, or 3rd. All of the projects done by all of the classes were worthwhile and beneficial to the community. I hope that in the future this challenge will be taken up by all of the high schools in Ulaanbaatar, involving more and more young people in this positive effort.” 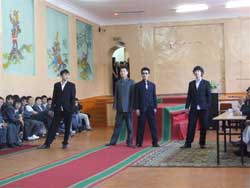 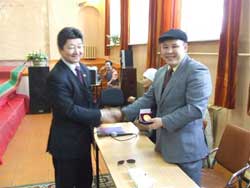 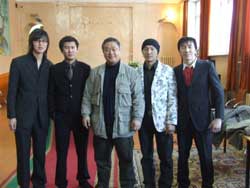 Homma Kancho with the Mongolian musical sensation “Take Off”.

Entertainment at this special awards ceremony was provided by students from the Ulaanbaatar School of Modeling and the very popular singing group “Take Off”. Thanks to all of the performers for your support.

On this visit Homma Kancho also visited the Zorig Foundation, meeting with Zorig Foundation President, Congresswoman Sanjaasvren Oyun. She was very happy to hear about the high school community service challenge and promised to support this kind of activity in the future. Congresswoman Oyun is the sister of the late Zorig Oyun who was one of the first Demoocratic leaders in Mongolia. Since Zorig Oyun’s assasination in 1998, Congresswoman Oyun has carried on the democratic message of her brother and his work with the Zorig Foundation which has become one of the most outstanding humanitarian aid organizations in Mongolia. 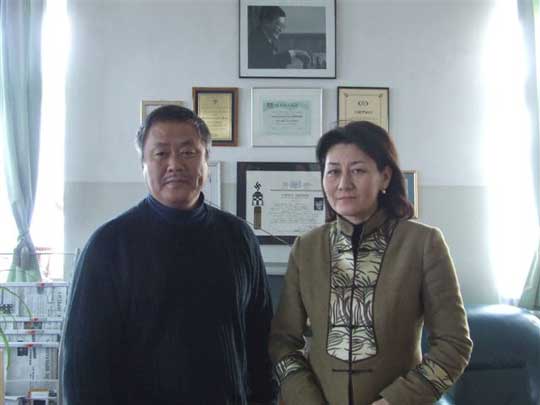 On April 7th, a delegation of high school students was sent by the Zorig Foundation to the United States for a western states tour which included a visit to Denver, Colorado. On the last day of the tour a farewell and thank you party was held at Nippon Kan Headquarters for the high school tour delegates, teachers and their U.S coordinators. This complimentary dinner for the Zorig Foundation Delegation was sponsored by AHAN Nippon Kan Headquarters in Denver.

**Note from AHAN staff
The farewell party of the Zorig Foundation Mongolian Delegation consisted of four students and two teachers from Mongolia and twenty six American coordinators. All arrangements and the complimentary dinner were provided by personally by Homma Kancho at the request of Congresswoman Oyun. Delegation and coordinators at Nippon Kan. 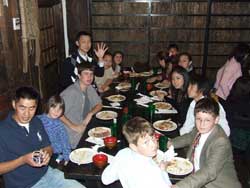 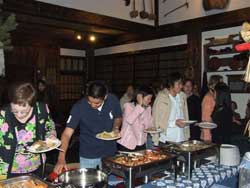