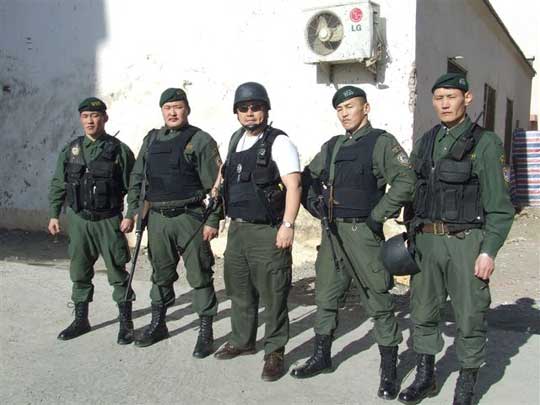 A few days before the lunar New Year in Mongolia, Homma Kancho arrived in Ulaanbaatar to teach Aikido at the Aikido Nippon Kan Mongolia Wolf Aikido Club and to support the AHAN activity that we had created for high school students. The smog was so bad the day that Homma Kancho’s flight was cancelled. Homma Kancho had to wait eight hours at the Incheon airport in Seoul, South Korea until the winds changed and the inversion was lifted before his flight could be rescheduled.

There have been thousands of families that have moved from outlining parts of Mongolia to Ulaanbaatar to try to make a better life for themselves. The traditional Mongolian ger (a tented yurt-like dwelling) is still used for housing in Mongolia, and as these thousands of families have migrated to Ulaanbaatar they have brought their gers with them. There are still very few housing regulations in Ulaanbaatar and these new residents have been able to set up their housing pretty much any where there has been room. The gers are heated during the severe Mongolian winters with charcoal burning stoves set up inside the center of the dwellings. Depending on weather and wind conditions, these stoves have contributed considerably to the air pollution problems of Ulaanbaatar. The pollution from the smoke of thousands of these stoves has been compounded by the fact that Mongolia does not yet set emission standards for their vehicles and this has also made for pollution so severe that on some days the airport has to be shut down. As Mongolia enters the modern world, the problem of air pollution has become a main concern for all Ulaanbaatar residents. 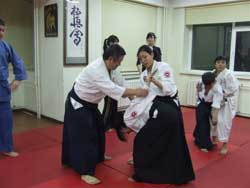 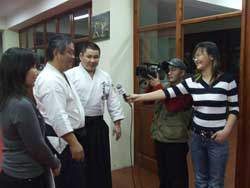 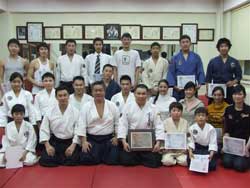 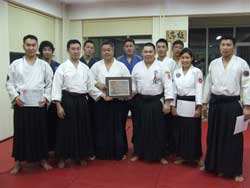 When Homma Kancho finally landed at the airport, I and the president of Aikido Nippon Kan Wolf Aikido Club, Ganzorig Dashdorj Wolf were there to meet him. We were accompanied by body guards from Mr. Wolf’s private security company. Mr. Wolf had arranged for a three car convoy of vehicles to pick Homma Kancho up at the airport, and our little group caused quite a stir as we made our way through the airport to the awaiting cars. I think the crowds at the airport had thought that a movie star had arrived!

Homma Kancho taught us Aikido at the dojo for three days and we also discussed plans for building a new dojo to accommodate our growing number of students. Besides attending the AHAN high school community service challenge awards presentation, Homma Kancho also visited the Zorig Foundation and spent time learning about the traditional preparations for the Mongolian New Year.

After a very busy visit in Mongolia where the average temperature was -17 below centigrade, Homma Kancho left by plane for the sweltering heat of the Philippine jungles.