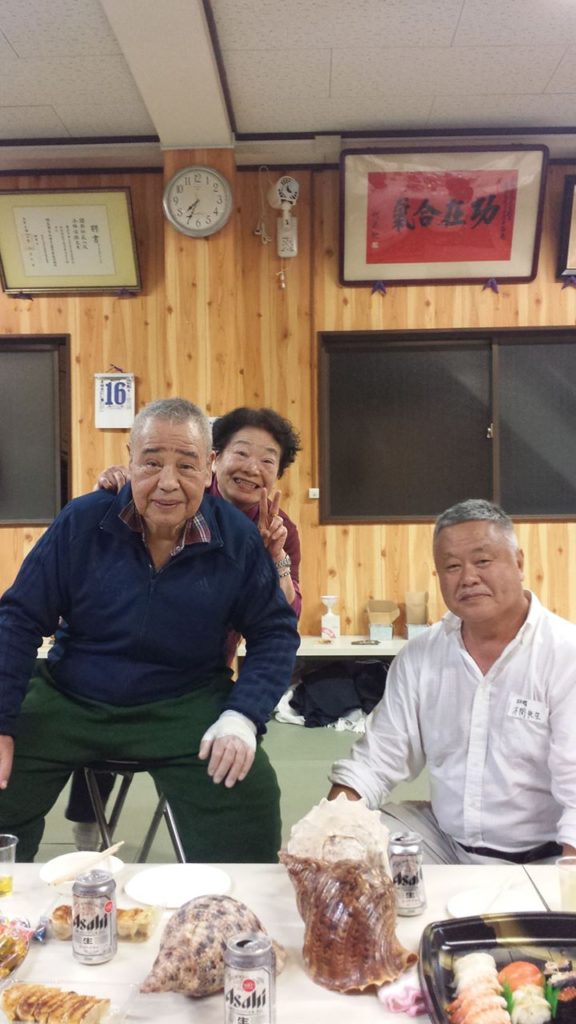 DO (道) means “a road”, and Jyo or Jo (場) “a place”.  The literal translation of the Japanese word of “道場” (Dojo, also spelled as Dojyo) is “A Place of the Road”.  Simply stated, it’s a place like rest spots / areas along highways where there are gas stations, restaurants, souvenir shops and much information is available, and these places are where many drivers and travelers from all directions come together to satisfy their needs and wants before hitting the road again to continue their journeys.

Learning any Budo used to be a privilege given only to those who belonged to the Samurai Class.  When the then traditional societal class system was abolished approximately 150 years ago, common people became able to start their “keiko (稽古)” in Budo, i.e. to start practicing Budo, and the places where commoners were allowed to train in Budo were called “道場 = Dojo”, more commonly referred back then as “町(machi)道場(dojo)”, which literally means “Town Dojo”.

Kobayashi Dojo has been a place where people deepen their interactions with others to enrichen their lives as well as those of others through the “keiko = practice” of Aikido, and such Kobayashi Dojo’s outreach and their strong family-like influence have reached many countries in the world and are still expanding.

An introduction of Aikido Kobayashi Dojo like this may make people think that the Kobayashi Dojo is a very traditional, formal and stiff dojo…  The reality however is quite a contrary.  In fact, many events are planned regularly among the Aikido comrades of the Kobayashi Dojo, and such events are usually held after serious and hard “keiko” schedules of the day.  And I was invited to their Year-End Party at the Kodaira Dojo, Kobayashi Soshihan’s main dojo.  Kobayashi Soshihan took the lead with the help from his wife, who was full of energy and cheerfulness, to make sure every one of us was only to have a good time, and indeed we all indeed had a good time with impromptu entertaining performances by a few.  We even had an engagement announcement between two students!

It’s my sincere wish for another year of good health and continued prosperity for Mr. and Mrs. Kobayashi Soshihan in the year of 2018!

I also would like to express my sincere gratitude to all the members of the Kobayashi Dojo for sharing with me such a wonderful time as the Year 2017 comes to a close. 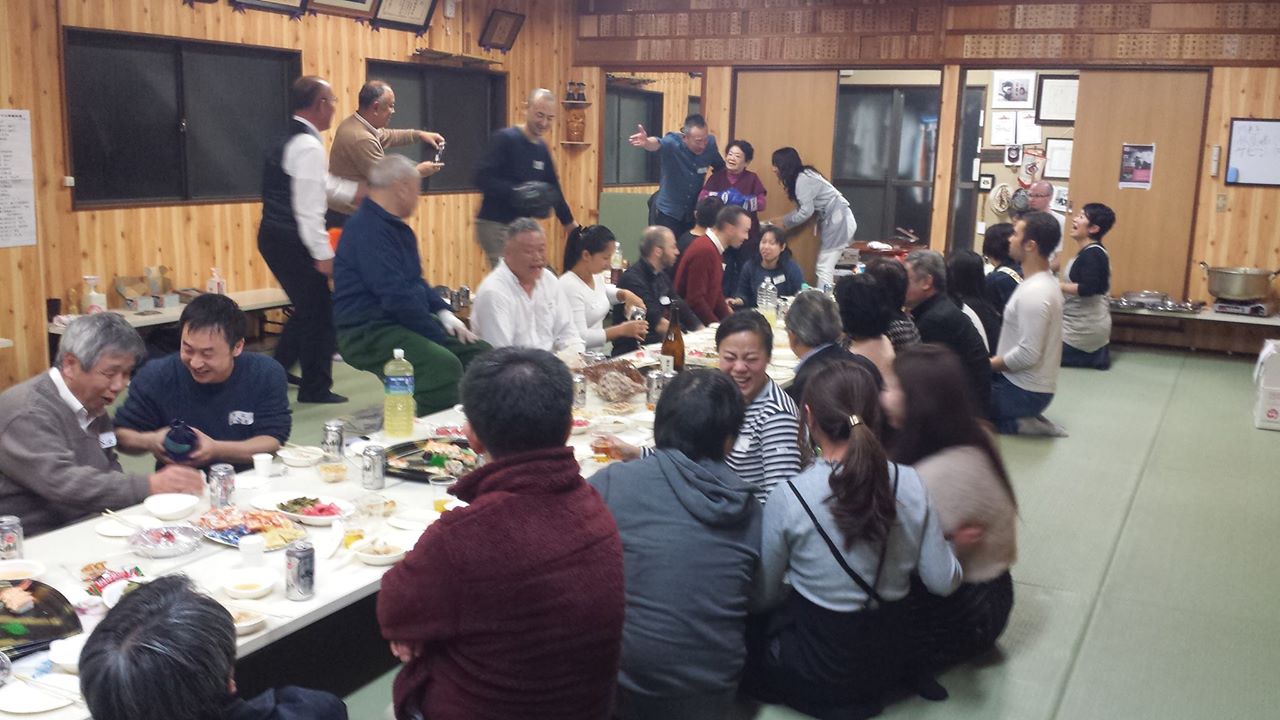 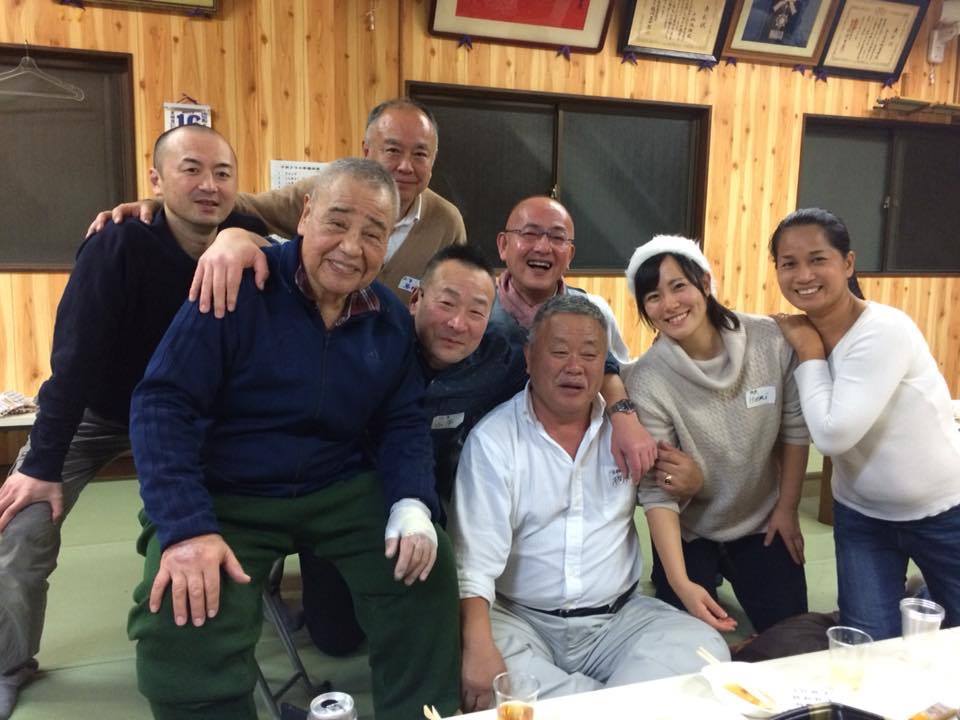 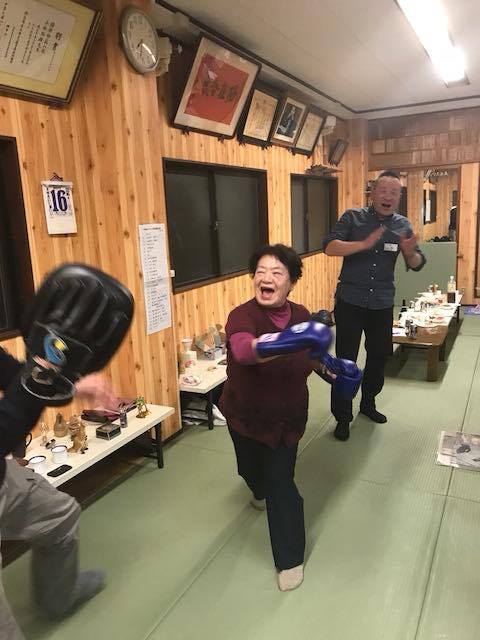 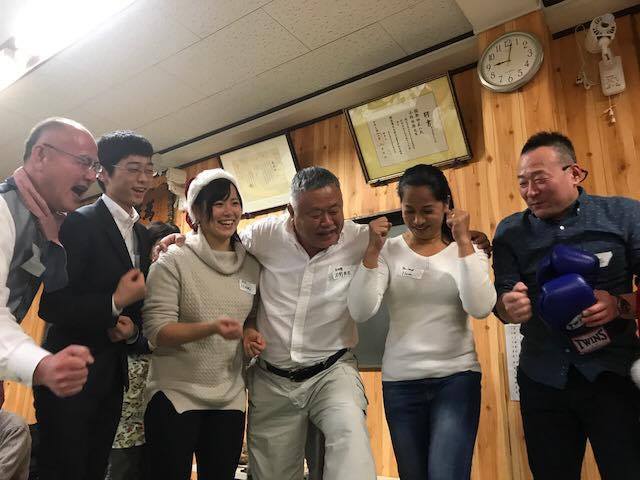 Additional notes about “DOJO (DOJYO)”: The word “道場 (DOJO)” in Japanese also means the temple at the bottom of 菩提樹 = Tilia miqueliana, a species of linden tree, where Gautama Buddha, aka Siddhārtha Gautama and Shakyamuni Buddha, was enlightened.  In Zen Buddhism, a place of practice is referred to as a “道場 = Dojo”.  And the unique Japanese word of “道場 = Dojo” has become to mean a place of Shugyo (commonly translated as “austere training”) for religious purposes as well as in Budo.