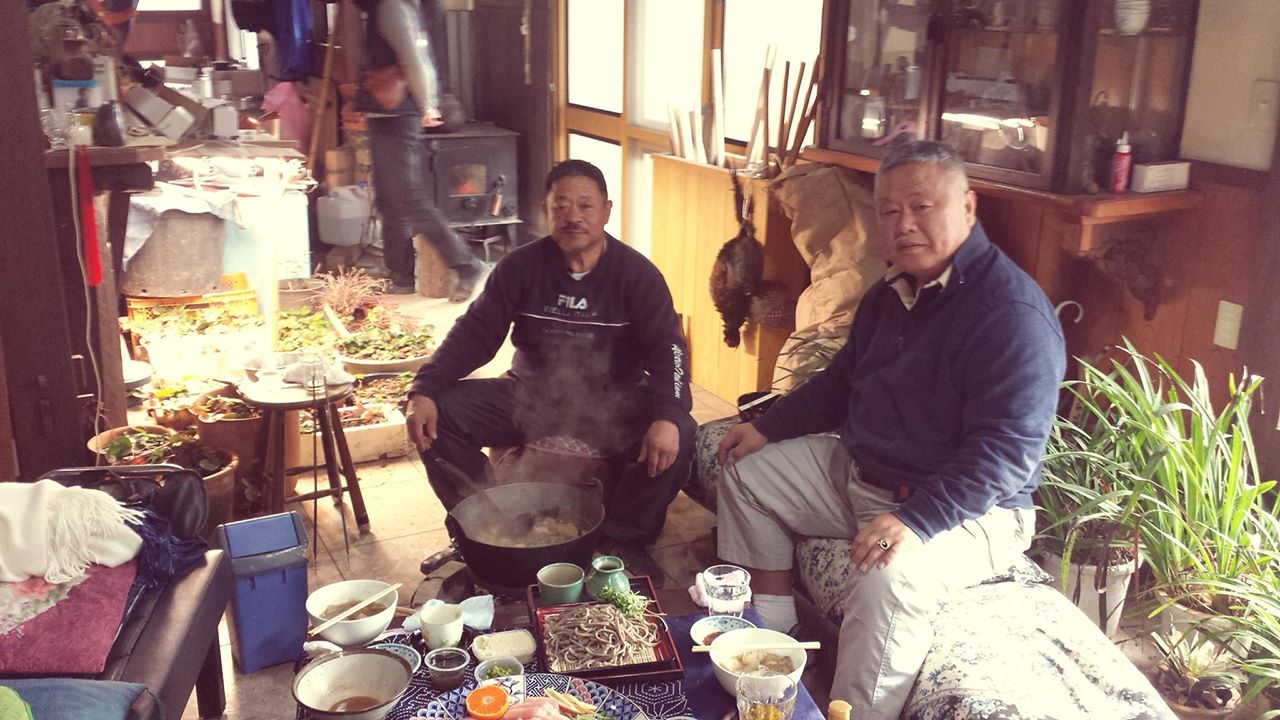 Iwama is not only the place where late Morihei Ueshiba, the Founder of Aikido, had spent his late years, or where Morihiro Saito Shihan had served the Founder of Aikido both publicly and privately for the longest time as his uchideshi and passed away in 2004, but also the very place Hitohira Saito Jukucho, the son of late Morihiro Saito, founded Iwama Shinshin Aiki Shurenkai 13 years ago.  There have been many judgements, positive and negative, about the founding of the new organization.  Who led the way to criticize Hitohira Saito Jukucho with an obvious intent to debunk his credibility and reputation to fail his new endeavor now sits in a high position and says, “Refrain from criticizing other Aikido.”  But such a comment is utterly pointless, simply because it’s essentially not a different Aikido.  The origin is the same Aikido that was founded by the Founder of Aikido, and hence the naysayer still blindly carries a fundamental misunderstanding in his thinking.

Apart and aloof from such noise in the public, the man who diligently continues his relentless pursuit in the training of the traditional Iwama style with his disciples around the world, while constantly pursuing an optimal balance in ‘the integration of the martial and agricultural lifestyles’, i.e. 武農一如, is Hitohira Saito Jukucho.

Hitohira Jukucho welcomed my visit again as he had done in the past to make me feel at home.  He treated me with cuisines made from a locally harvested pheasant, vegetables he himself grew in his garden, and high-quality soba noodles from his own soba noodle eatery, and every dish was truly out of this world.

Hitohira Jukucho’s vitality and talents are not limited to agriculture to yield a variety of vegetables.  He is also highly talented as a sculptor.  He produces many wooden sculptures with his artistic creativity and his skillfulness with the use of chisels.  It usually takes him a few years to “engender” a huge Lion’s Head.  He has attained a level of professional sculptors whose creations are of priceless value.  He is truly following the lifestyle path of “武産合気 = Takemusu Aiki”. 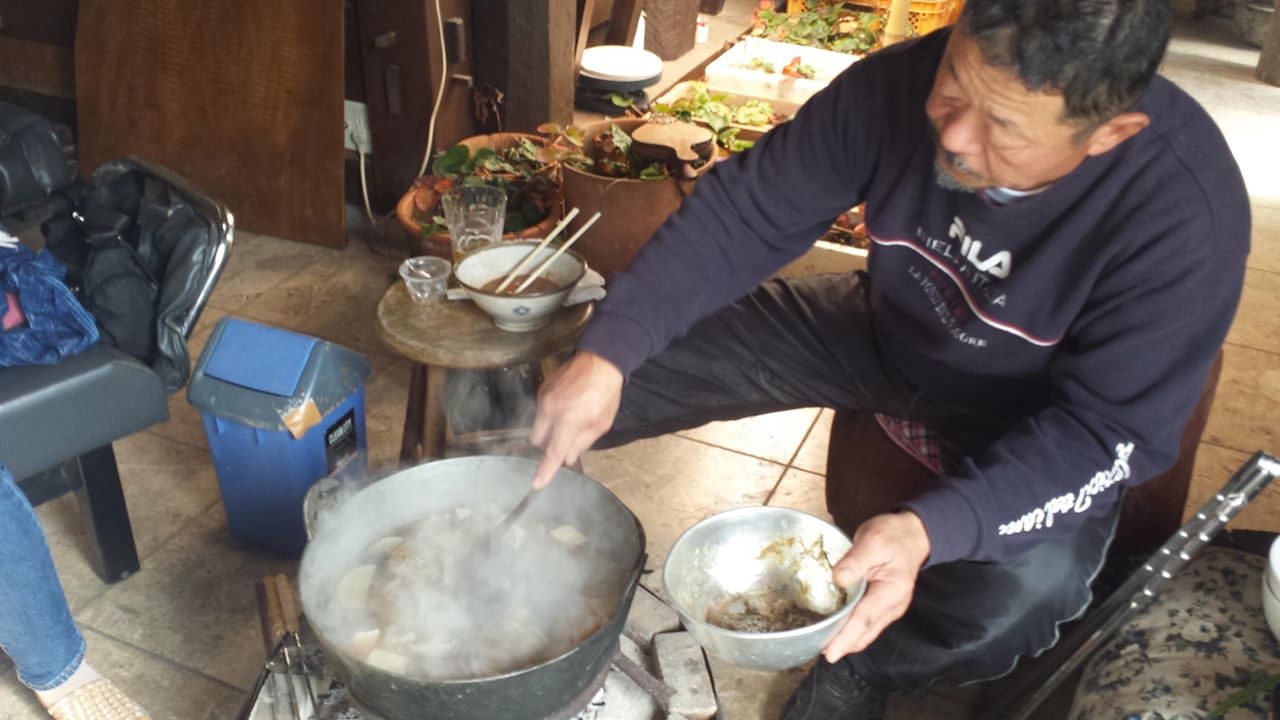 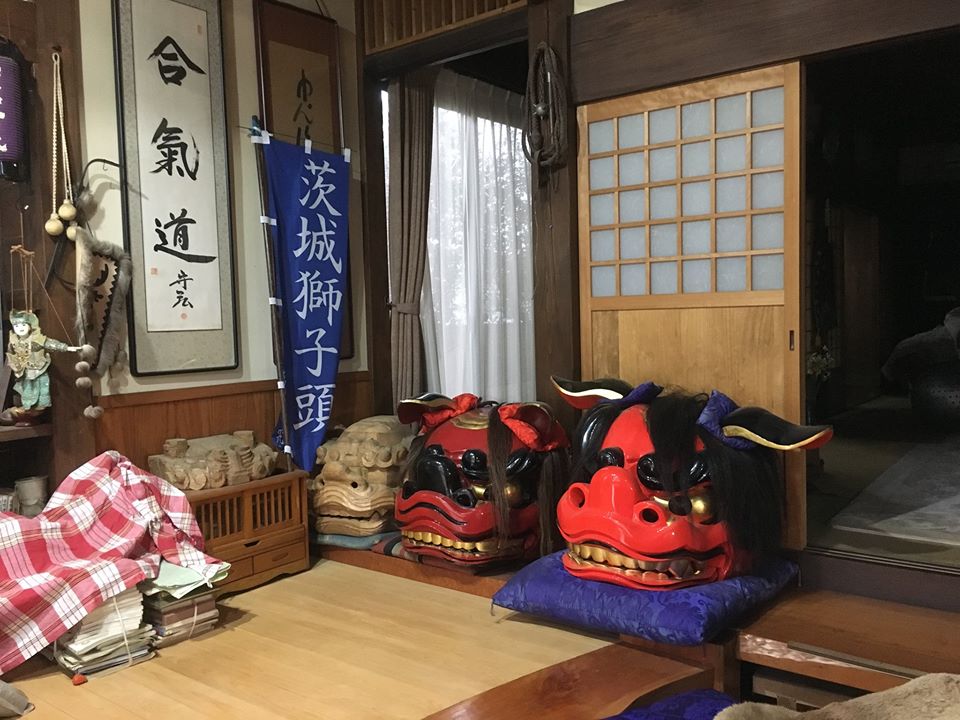 Though unbeknown to many, Iwama is also the place the Founder of Aikido started to practice his own teaching of “武農一如 = the integration of the martial and agricultural lifestyles”.  When I was his uchideshi, I also helped him and his wife grow rice, peanuts and vegetables, among other crops.  It was a usual routine for me to go to the Aiki Shrine to undertake a ritual of worshipping with the Founder of Aikido in the morning and then to learn from him various farming techniques.  In fact, I still remember when he showed me how to use a hoe effectively (not in his work clothes, but in his casual attire!) when I was struggling with using a hoe with a long metal blade and with a short wooden handle, a special type to the Iwama region, mainly because I had not had much agricultural background before in my life.  He simply said, “Do this way.”, and showed me how I would need to lower my body so that I could pull the hoe rather horizontally and slightly diagonally to dig up the dirt.  His movements to use a hoe to cultivate the soil was very fluid and seemed effortless.

To my knowledge, the practice of the teaching of “武農一如 = the integration of the martial and agricultural lifestyles” started around in 1942.  In 1945 and soon after, the Iwama dojo was like an oasis for many live-in students (uchideshi), who had returned from the war, with much to eat when the entire Japan was struggling with food shortage.  While the Founder and his uchideshi cultivated more lands to yield more vegetables, quite a good number of uchideshi ran away because of very hard and laborious agricultural work that was on top of hard practice of Aikido, according to late Morihiro Saito Shihan.  Then, a routine was developed to treat those who worked hard with meals and drinks after a day of hard work, and that naturally became a custom and a tradition at the Iwama Dojo.  Late Morihiro Saito Shihan took advantage of such a tradition as his cute excuse to drink sake every night.  When he was still healthy, he used to say, “I am following the tradition, and I’m enjoying drinking again today.” 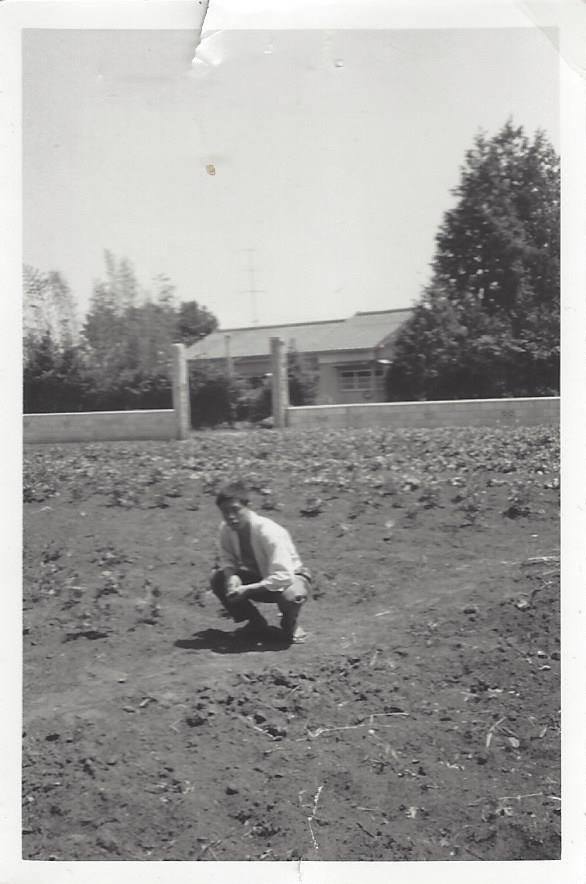 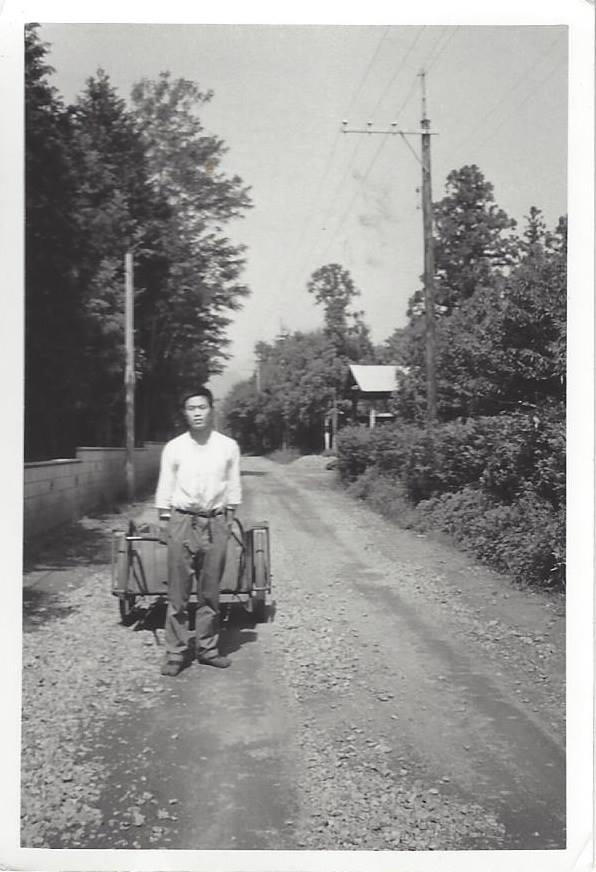 Although Hitohira Jukucho has decidedly left a bigger crowd, his silent yet firm commitment to the tradition of “武農一如 = the integration of the martial and agricultural lifestyles”, that was founded, pursued and taught by the Founder of Aikido, remains strong as ever.  He cultivates the ground outside on sunny days, and he sculpts lions inside on rainy days.  Hitohira Jukucho’s unfazed determination and commitment to remain true to himself and his undeterred willpower to continue pursuing his vision as if a wandering, lone samurai may be a telling indication that the “Traditional Iwama-style Aikido”, a future of Japanese Budo, will be succeeded and passed onto the next generations on a strong foundation in a solid manner.