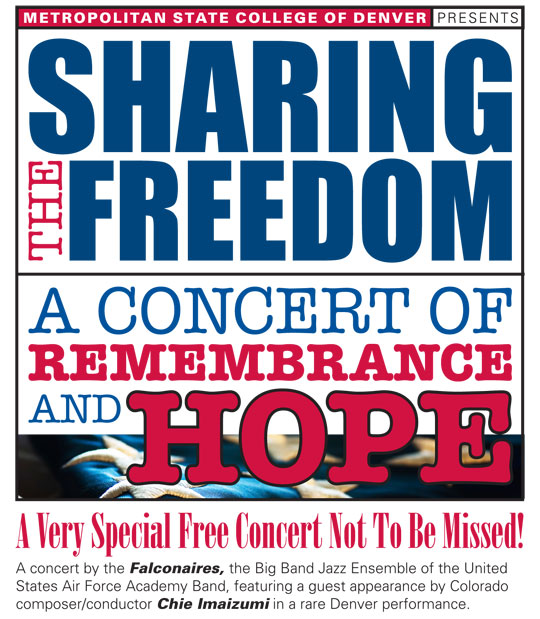 Metro Denver University sponsored the “Sharing the Freedom: A Concert of Remembrance and Hope” performed by the United States Air Force Academy Band on September 11, 2009. The concert was performed at the Metropolitan Auraria Campus in Denver and was conducted by special guest conductor Chie Imazumi. Nippon Kan AHAN in conjunction with Domo Restaurant supplied dinners to the performers and staff.