Recipients for the Mexico Fundraising Seminar for Children with Cancer.
By Emily Busch
AHAN President

Note All photos have been taken with the permission of the facility and its guests.
After the three-day fundraising seminar for children with cancer drew to a close, we went to visit the Casa de la Amistad, the beneficiary of our fundraising efforts. Located in a southern district of Mexico City, the Casa de la Amistad facility was originally built by the Church, but in the early 1980’s was left abandoned. Ten years later in 1991, the original building was purchased, and the Casa de la Amistad opened its doors. After passing through the iron gates that were well guarded by two uniformed security guards, we entered the somewhat cramped but well manicured grounds. We were welcomed by Dr. Tanaka, the founder of the facility and his staff. With a round of smiles and handshakes they welcomed us. It was clearly evident that their friendliness and enthusiasm was genuine.

Twelve years ago, the facility was staffed by Japanese-Mexican, native born, Dr. Kunitake Tanaka and his wife Yoko-san. Currently, the Casa de la Amistad is run by a staff of fifty-three full time employees, fifty members of the board, and a rotating staff of over 170 volunteers. There are on average fifty children in treatment living at the facility, accompanied by a parent or guardian which brings the total of mouths to feed per day to well over a one hundred. The children with their parents or guardian are given a private room complete with its own lavatory facilities; a luxury that many of the visiting guests have never seen.

In Mexico there are about thirty pediatric cancer specialists, and most of them reside in Mexico City. The children that are stricken with cancer in the rural areas of Mexico are usually not diagnosed until the disease is in a latent stage. Most parents in these remote areas are not educated enough to recognize the symptoms of these deadly diseases, nor do they have the resources for regular medical care. What doctors there are in these areas cannot meet the needs of this struggling sector of the population.

Children that are lucky enough to be chosen for treatment in outlying areas must travel to Mexico to be treated. The Casa de la Amistad provides transportation for these children and their parents to come to Mexico City, an intimidating journey in its own right. Once in Mexico City, the Casa de la Amistad serves as home base for these children and their families. Here they are provided with room and board, laundry facilities, transportation to and from the hospital, supervision of their medications, access to educational and recreational tools, and important for a journey such as this, a place for worship.

As we started our tour of the facility we waited to enter the registration area where the children and their parents first come to check in after their journey from home. There were families there that had just arrived. They looked tired, a little bewildered and anxious as they sat huddled together on the steps waiting their turn to check in.

We entered the registration area and I was first struck by how clean it was. The facility was spotless, and the needs of the guest I was beginning to realize were meticulously attended to. Even the laundry room which was accessible to all parents, was equipped with stone wash boards for those who were more comfortable with these than an electric run washing machine. Dr. Tanaka smiled when he told us about solving that little problem! In the dining room, the children and their families ate together and again I was struck with how clean and light and happy the facility seemed inside. We sat down to a lunch that was prepared by the facility dietician and her staff; exactly the same food that was served to the children, their families, staff members and volunteers. No more, no less, not better, not worse.

Clean up and maintenance of the facility is performed daily by the staff, and also by parents of the children. This activity performed by parents came about naturally as a way for them to show their appreciation. It is now become tradition. The educational and emotional counseling available to the children and their families is run by professional teachers and counselors, and is also staffed by University students (from the university that our fundraising seminar was held at, it turns out!) who earn credit for school by donating their time. Every staff member that we met had the most wonderful smile, their generosity and caring hearts showed in their faces. In fact, just being in the facility made me feel peaceful and safe, and somehow full of hope.

For Dr. Tanaka and his wife Yoko, the twelve years it has taken to build this organization have not been easy years, and I can only imagine the work that has gone into its making. Almost all of the funding for this facility is from private or corporate donations from companies and individuals in Mexico and around the world.

If a child’s family is wealthy enough to afford this type of treatment, they do not stay here at the Casa de la Amistad. This facility is for the indigent; in fact most of these families did not even have bus fare for the journey to the facility. The bus rides themselves, are actually part of a donation program arranged with local and national bus companies. For the children whose diagnosis are terminal, the Casa de la Amistad coordinates its efforts with the “Make a Wish Foundation” and certain airline companies to grant a wish for a dying child. All in all, the Casa de la Amistad’s staff works diligently and tirelessly to provide for these children and their families from their first day to the last day of there visit here.

Mexico Aikido Take Musu Aiki dojo, under the guidance of Fernando Roman Sensei and Rocio Aguero Sensei organized successfully the first seminar in Mexico’s to raise funds to support the children we met that day. The children and their families were a great inspiration and just being able to meet them was a motivation we will not soon forget. We hope that what Mexico Aikido Take Musu Aiki and AHAN was able to gather for these children will bring a small smile for even one child. We hope to return again to bring even more smiles and even a ray of hope for the future.

If you are interested in the Casa de la Amistad, you can visit their website at www.casadelaamistad.org.mx 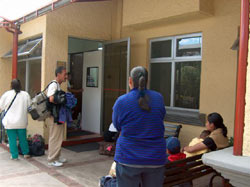 Children and their parents arrive after a long trip to Mexico City. 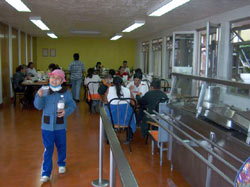 Children and their parents enjoy lunch together. 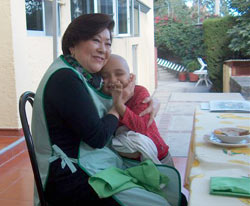 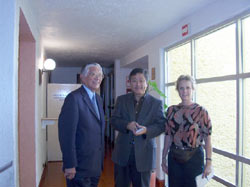 Homma Kancho and Emily Busch listening to Dr. Tanaka on tour of the facility. 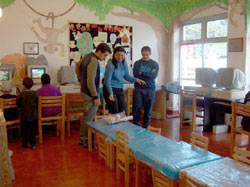 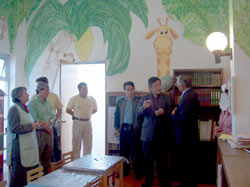 Classroom available for children to keep up with their studies. 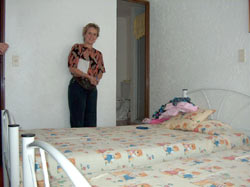 Private sleeping quarters for children and their parents. 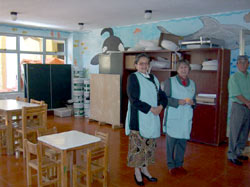 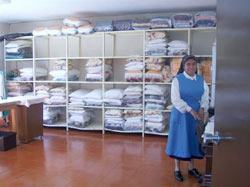 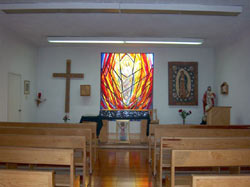 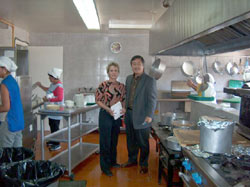 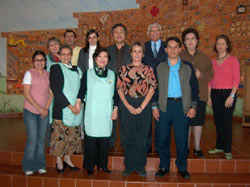 Fundraising Seminar for Children with Cancer in Mexico

Aikido for a Cause

My Impressions of the AHAN Fundraising Seminar in Mexico City.