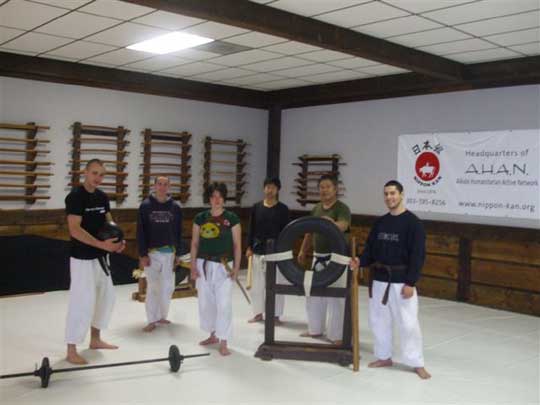 There is no rest for Nippon Kan uchideshi; even the uchideshi patches say 24-7 to remind students in the uchideshi program of the challenge and commitment they have made to their training. Every day there are 5 hours of practice, chores, responsibilities and special projects to attend to. All in all every day life is pretty busy for Nippon Kan uchideshi. Homma Kancho recently told the newestuchideshi, “To be an uchideshi doe not mean that you are here only to learn Aikido from your practice. You are here to learn Aikido by how you life your life on and off the mat”. 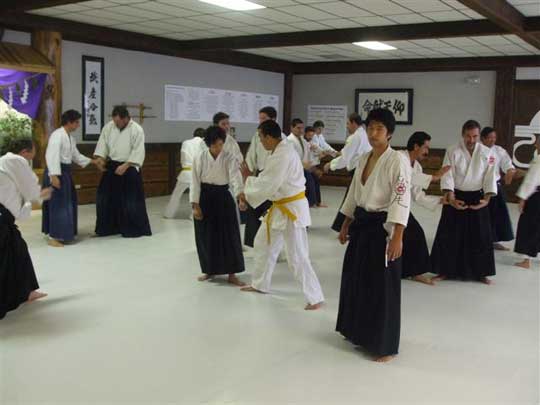 Take practiced Aikido with the Kyoto University Aikido Club, under Seiseki Abe Sensei who is currently 93 years old. Abe Sensei was the Founder Ueshiba’s calligraphy Sensei and still is active as an Aikido Shihan in Kyoto.