Much and sincere gratitude should be expressed to Captain Kelly, Nippon Kan’s executive advisor, and Col. C. of the Buckley Air Force Base of the U.S. Air Force for their efforts to make this site visit a reality for the wonderful and invaluable experience.  During the visit, the Nepali Army members and Nippon Kan visitors were given an exceptional and honorable treatment which included a tour of a standby facility for flight crews for emergency dispatch operations and an up-close and impressive witnessing on the side of a runaway of a launch of a F16C fighter jet.

During this visit, CW2 Dan Gurung, who is one of the 6 trainees dispatched to Nippon Kan this year by the Nepalese Army, found out that 5 U.S. soldiers he had searched for as a member of the Nepalese Special Forces in a rescue mission during the aftermath of the devastating earthquake in April, 2015 in Nepal, were from the Buckley Air Force Base.  All the 5 U.S. soldiers did not survive the unfortunate accident, and CW2 Gurung felt so strongly and honorable about the peculiar coincidence that he could not help his emotion well up his eyes.  Upon his return to Nepal, he paid a visit to the Memorial Monument to honor the 5 U.S. soldiers who had paid the ultimate sacrifice while serving to rescue the citizens of Nepal in the aftermath of the deadly earthquake. 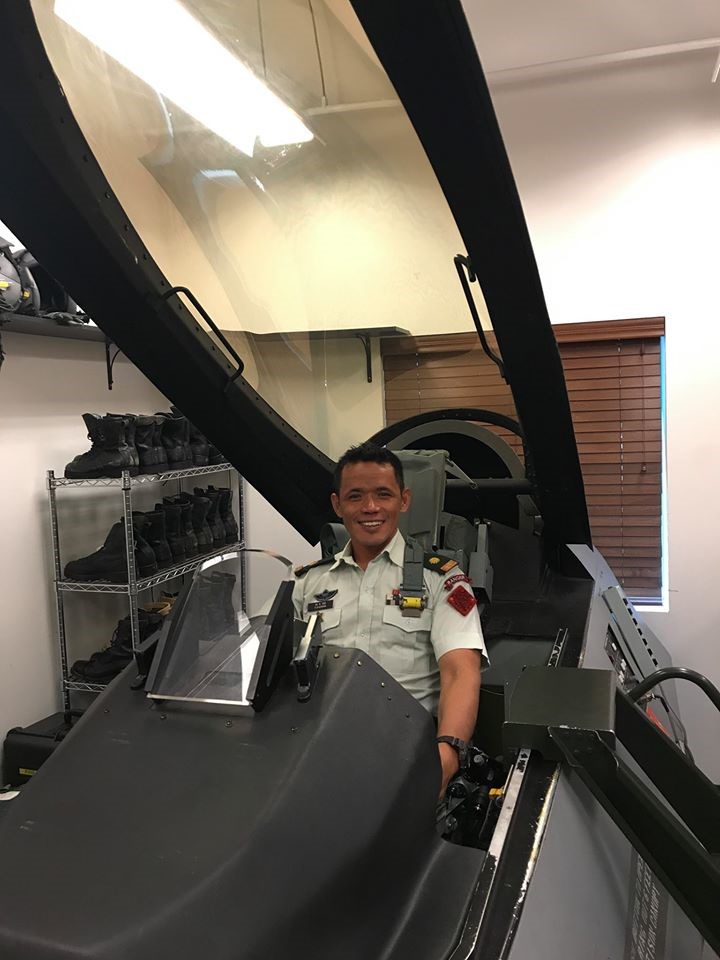 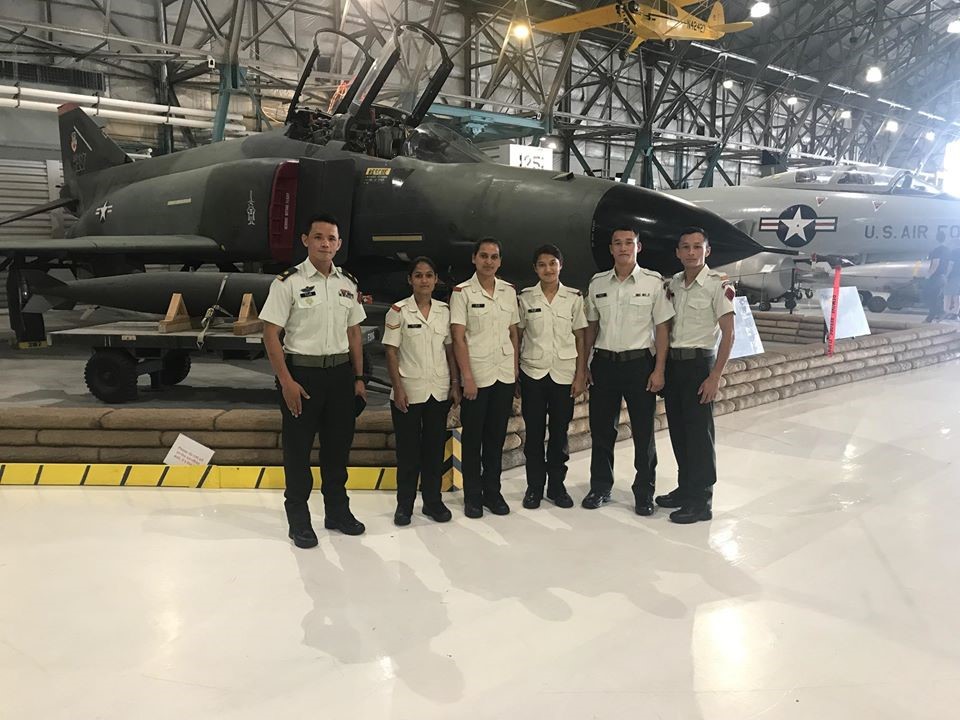 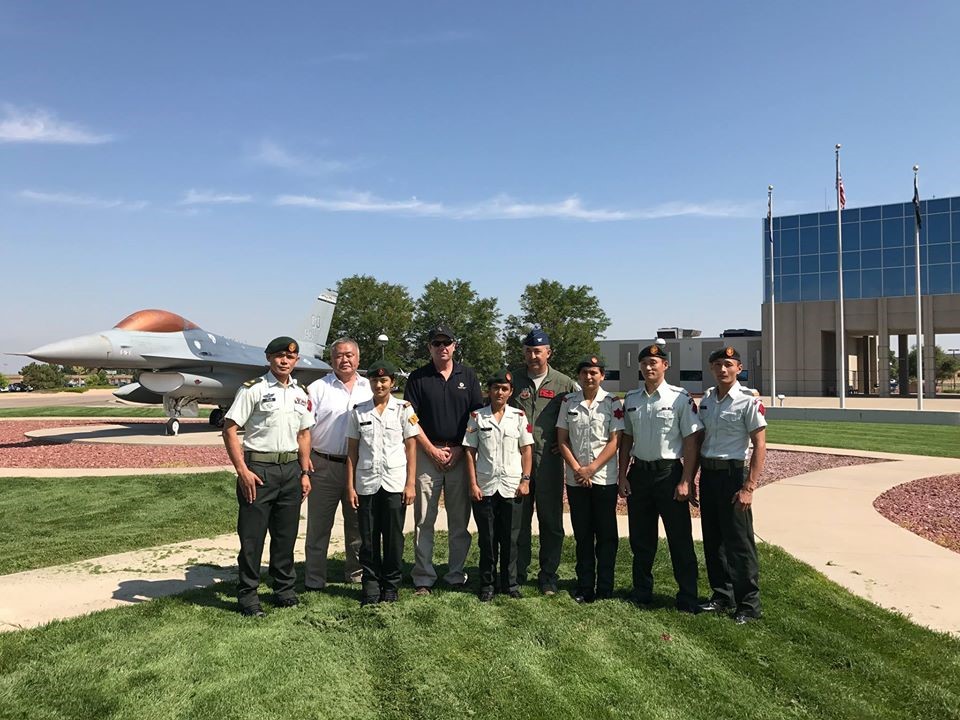 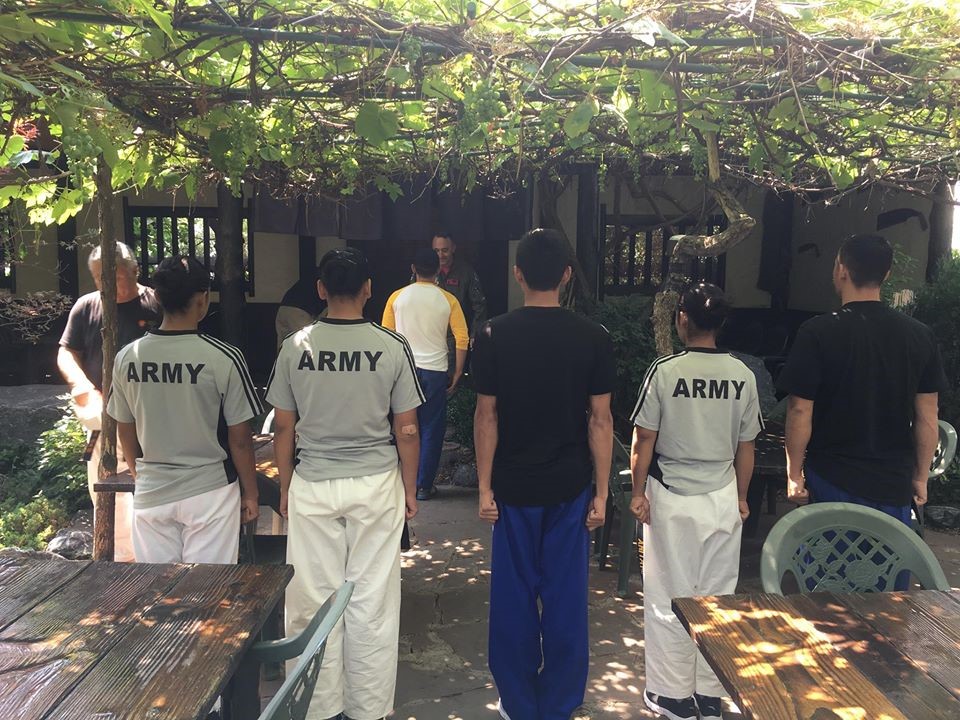 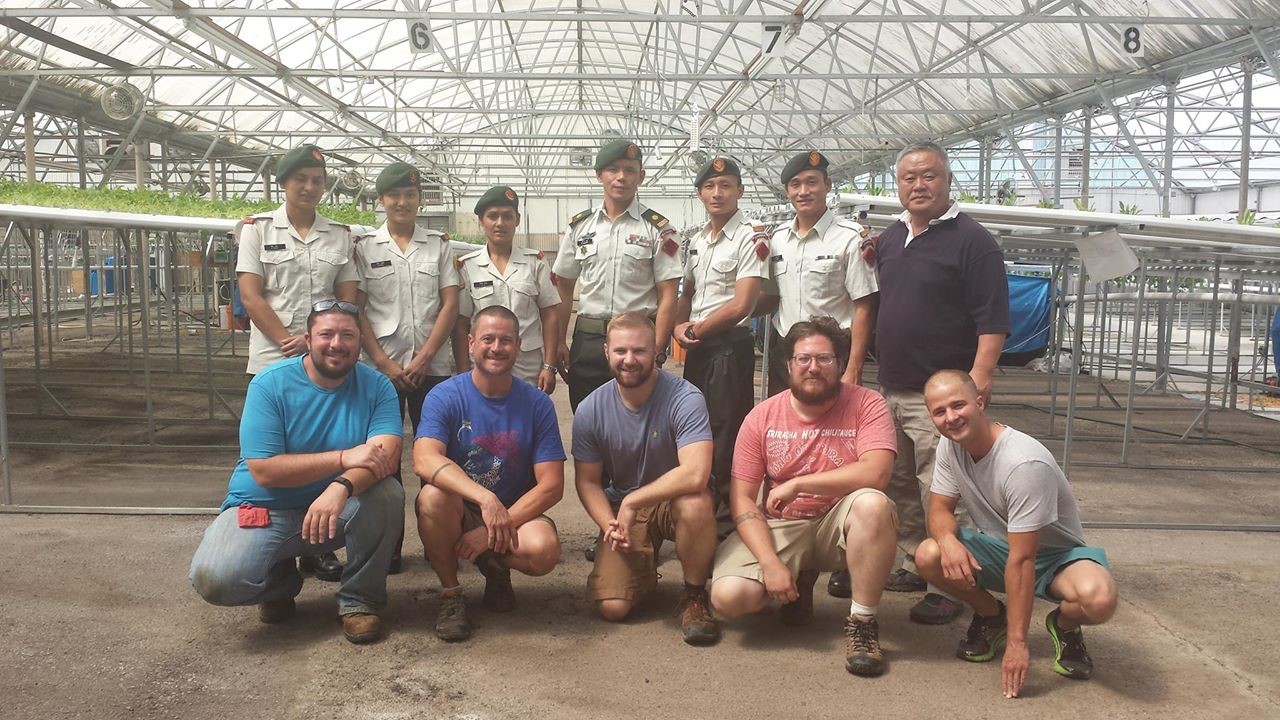 The group of Nepalese Army soldiers who were training as “uchideshi” (live-in students) at Nippon Kan paid a visit to a Hydroponics farming facility to witness how disabled veterans undergo rehabilitation programs at the facility. 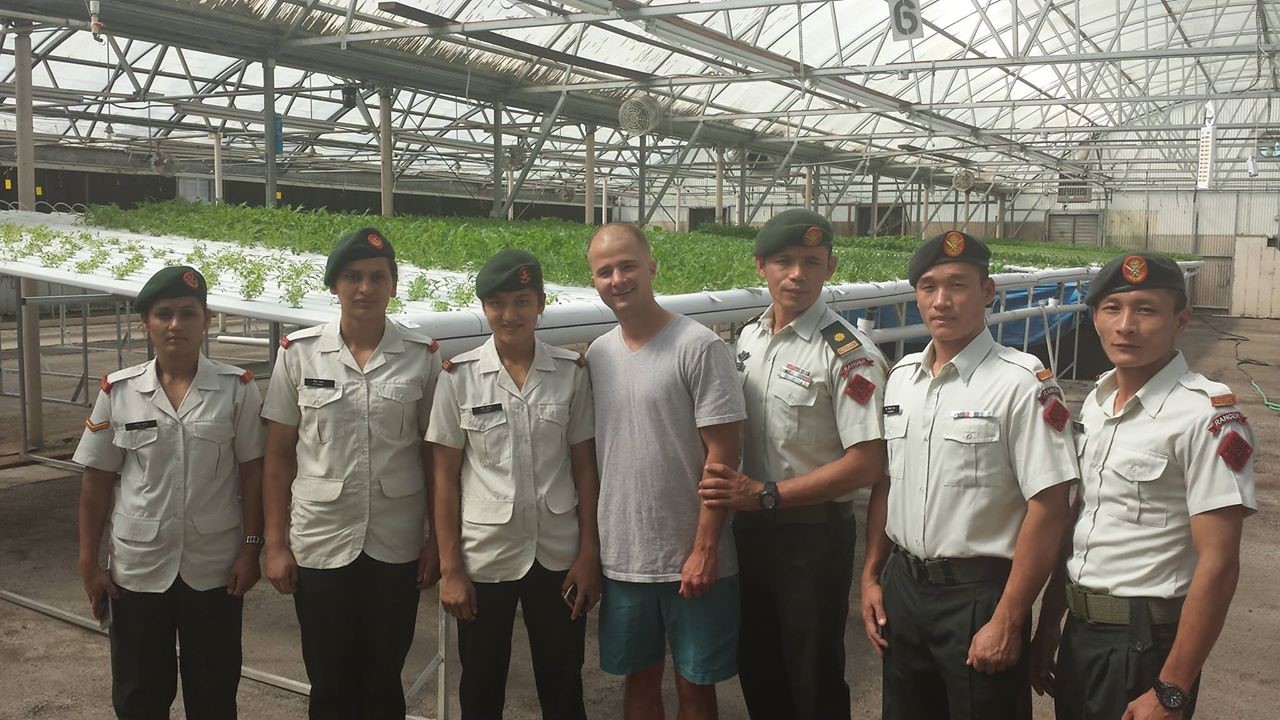 In Nepal, the Army Rangers has supported the founding of a bakery called “GAKU Bread” to provide employment opportunities for disabled veterans, and the Army Rangers is planning to expand the initiative. 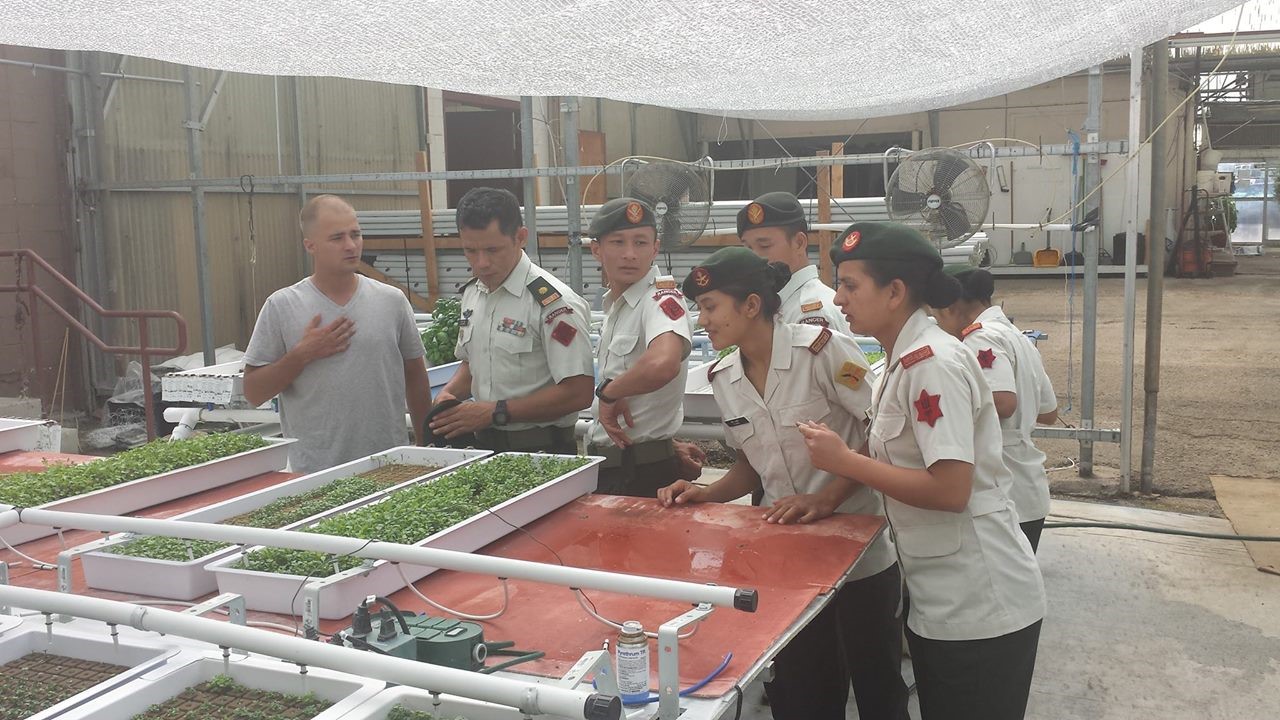 The General Manager of the hydroponics farm, who is also a veteran, led the tour of the facility and proudly explained, “We put our lives on the line to serve our country as proud American soldiers while being on the frontline in foreign countries.  We are now serving our fellow citizens by growing fresh and healthy vegetables.”  The Nepali soldiers returned their respect by saluting. 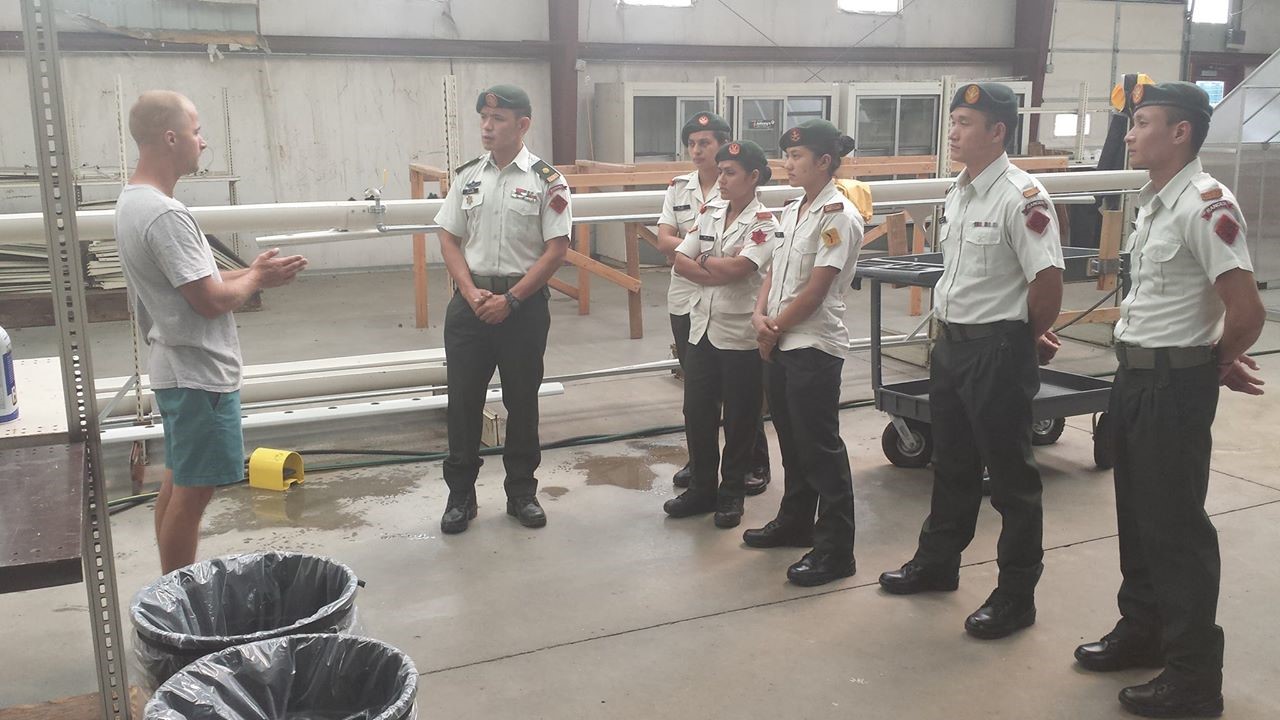 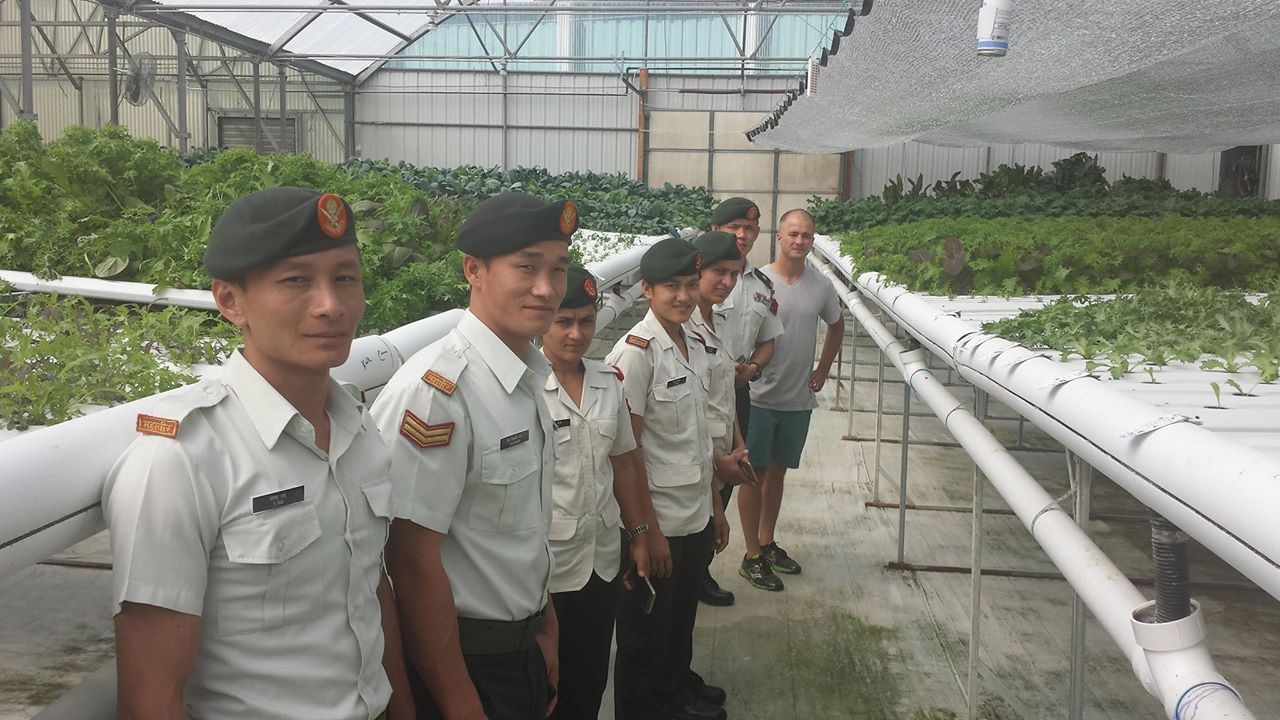 Each day started at 6:00AM to go running for an hour, followed by an hour-long “Asa Keiko” (morning practice), followed by hours of independent training curricula for the rest of the morning, along with miscellaneous uchideshi duties around the Dojo, followed by an hour of additional keiko from 3:00PM to 4:00PM, to log over 30 hours of keiko per week. Additionally, the uchideshi trainees from Nepal undertook various site visits as part of their training. Of the 6 Nepalese uchideshi trainees, 3 are from the Nepalese Army Rangers and 3 are female Aikido instructor candidates from Nepalese Army K9 battalions, and they were dispatched to this year’s summer training at Nippon Kan as part of a continued tradition by which 5 soldiers completed the summer program last year. The Nepali Army has integrated Aikido as a mandatory class for all its soldiers across the Army in a unique and original manner while incorporating Aikido Nippon Kan’s teaching principles.