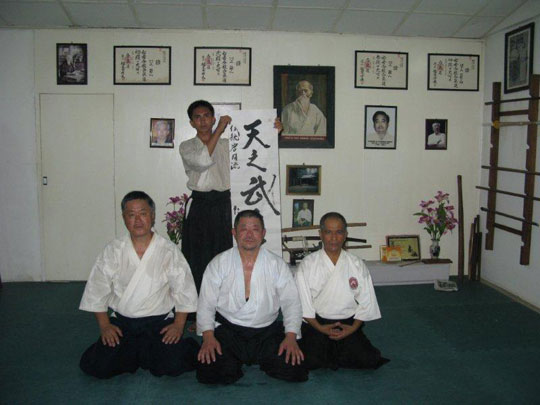 One morning of the tour, at the entrance of a 700 year old cave temple, under the shade of a 500 year old Bodaiju tree, Saito Jukucho instructed Sein Sensei in bokken technique. Sein Sensei listened carefully to Saito Jukucho’s instruction and both instructors practiced with serious intent. It was a memorable moment in such a beautiful and historical setting. 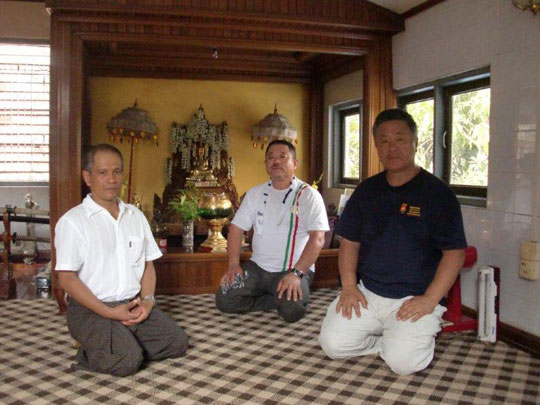 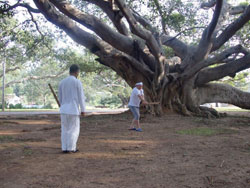 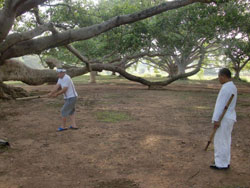 Under the bodaiju tree, Saito Jukucho and Sein Sensei. 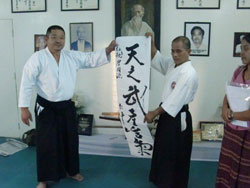 At Sein Sensei’s dojo in Yangon. 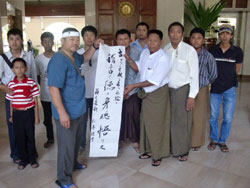 The purpose of this visit for Saito Jukucho was to do research for project development abroad for his own non-profit organization in Japan. A mission well realized on this memorable visit to Myanmar.