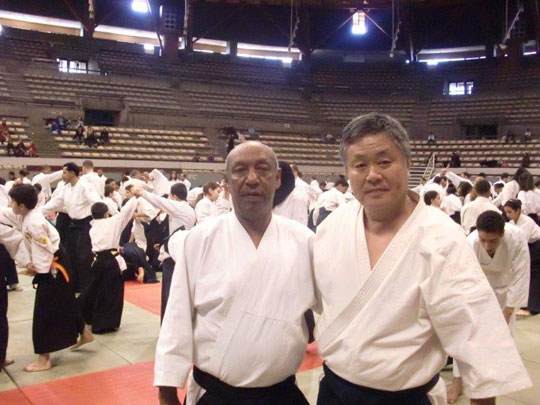 Even though it was a national holiday in Morocco with the celebration of the birthday of the Prophet Mohammed, over 860 students traveled from all parts of Morocco to attend a special two-day seminar instructed by Nippon Kan Kancho, Gaku Homma at the Complexe Spirtif Mohamed V Stadium in Casa Blanca. 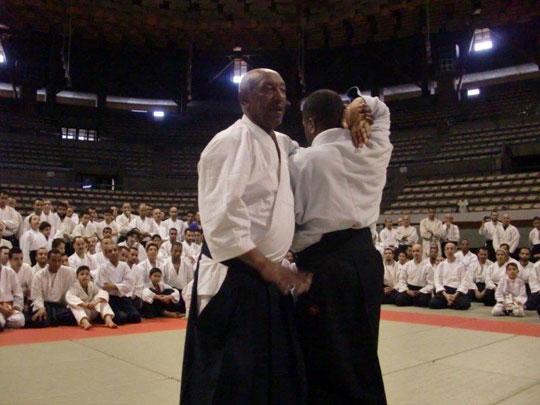 Alaoui M’Barek Sensei, a dynamic leader and teacher returns to the mat. 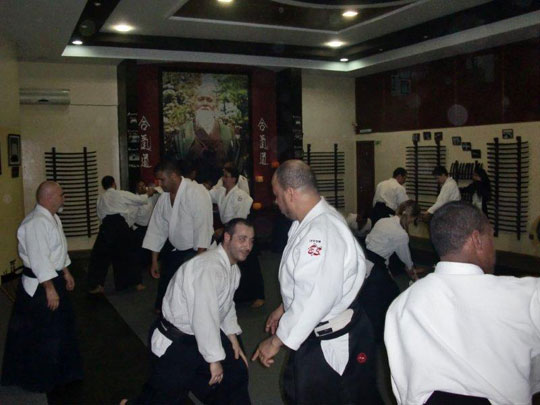 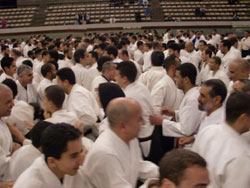 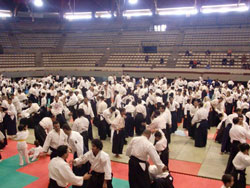 It is difficult to fit all 860 students into the photo!

After practice during the seminar, we spoke at length with Homma Sensei about some of the complications and difficulties our Moroccan organization had been having communicating with Aikikai Headquarters and our hopes for the future. As an independent instructor, Homma Sensei listened carefully and offered his advice on our situation.

“In the world today, our Aikido practice is organized by many different Aikido organizations. Aikikai, the organization created by the Founder Morihei Ueshiba, is still the largest organization in the world; but it is not the only organization.

In Morocco, your organization has a long history; an organization that has long supported Aikikai. Now, because of money and politics; organizational problems have risen that are confusing and disappointing many of your students. These conflicts do not reconcile with the true spirit and philosophy of Aikido.

Only if there is a complete breakdown in communication and a failure to reach an understanding after you have sincerely tried to calmly and openly approach Aikikai Hombu directly, might you think about a possible new direction for your future”.

We respect Homma Sensei’s observations because he is a neutral, objective observer with considerable world experience. He is a teacher with many gifts that remain beyond politics or political aspirations.

We look forward to seeing Homma Sensei again soon!
Link here to a short video on practice in Morocco.