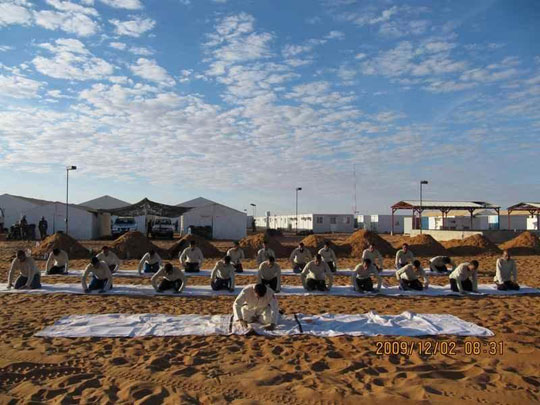 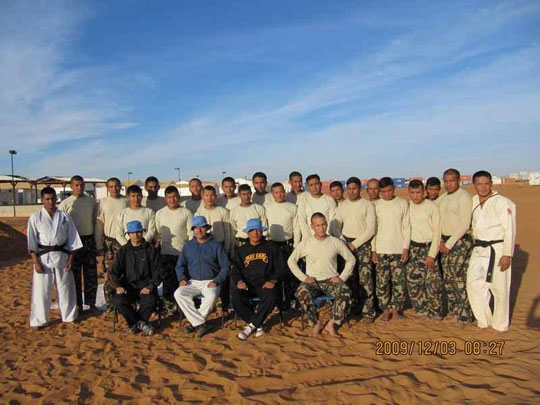 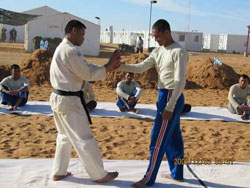 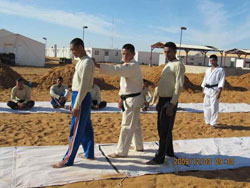 Sgt. Dan Gurung, one of the primary Nepal Army Ranger Aikido Instructors has been transferred with his team of 850 United Nation Peace Keepers from Nepal to Sudan to participate in UNAMID African Union/United Nations Hybrid Operation in Darfur. While serving as a peace keeper in Sudan, Sgt. Gurung has begun teaching Aikido Nippon Kan NSDT (Nippon Kan Self Defense Techniques) as well as basic physical and field combat training to troops stationed there. The photos were taken in the hot sun on hot sand, feature combat training conducted by Sgt. Gurung. This is not a day at the beach! Homma Kancho is planning to visit Sudan in the early part of 2010.