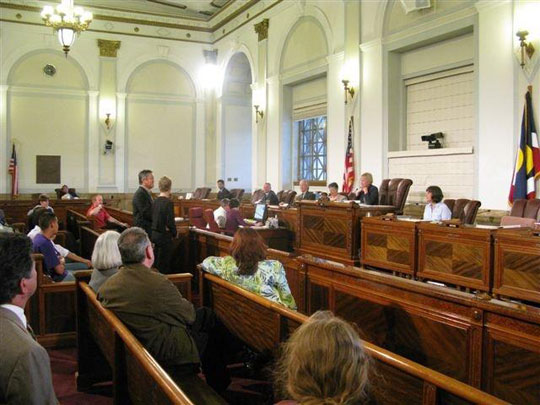 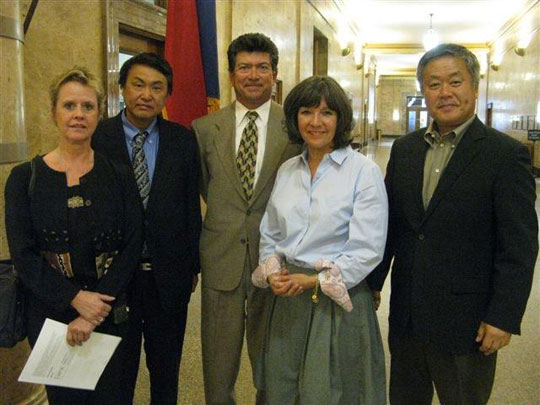 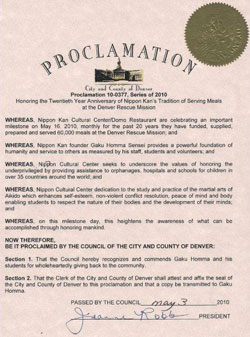 This was the third proclamation received by Homma Kancho and Nippon Kan from the Denver City Council. City Councilwoman Judy Montero introduced this resolution and we are honored by her recognition and support.

Today was also Homma Kancho’s birthday, and this was a great way to celebrate!