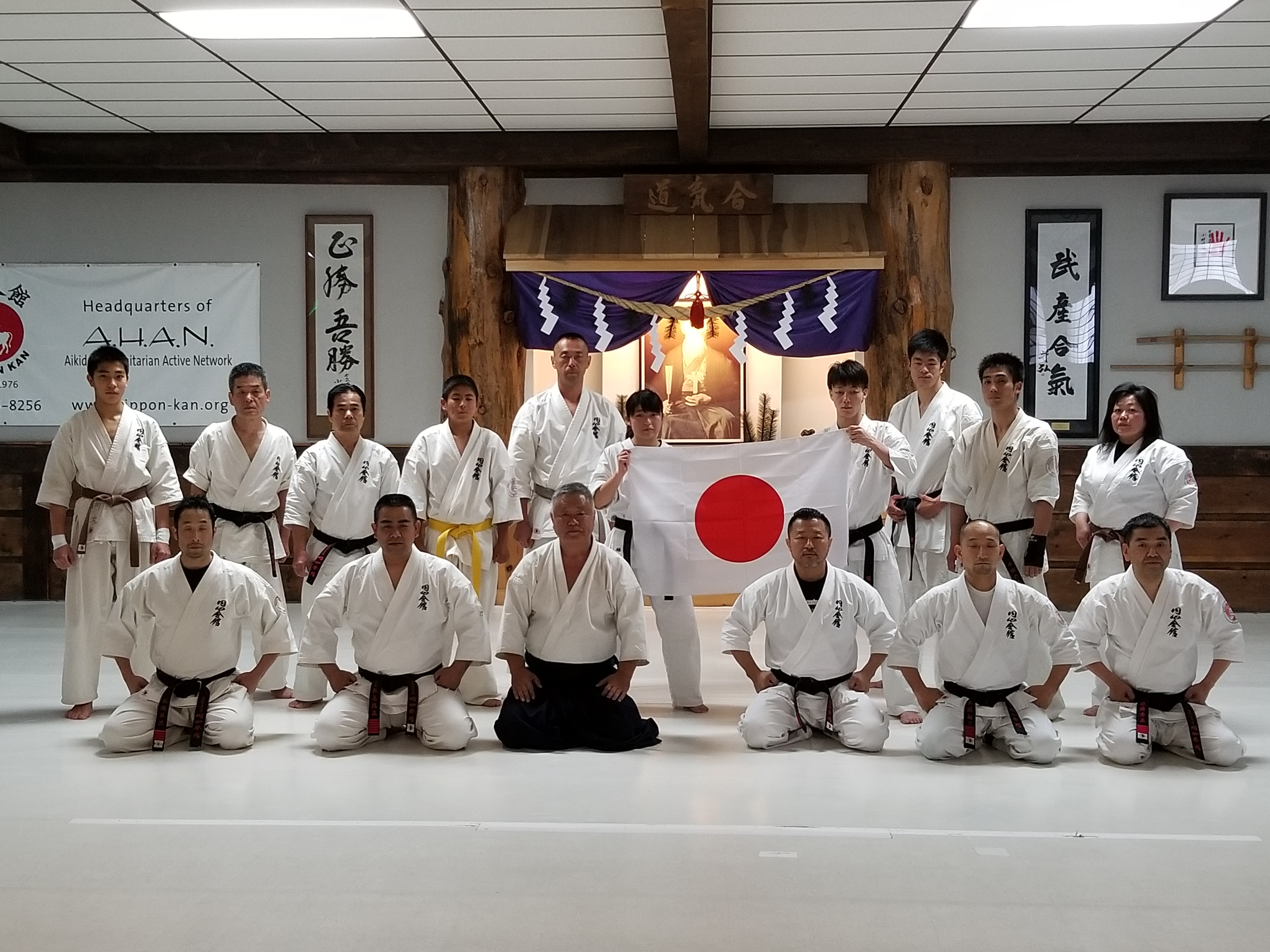 A team of 15 Enshin Karate members from Japan stayed at Nippon Kan again this year to participate in this year’s WORLD SABAKI CHALLENGE which will take place on April 21. 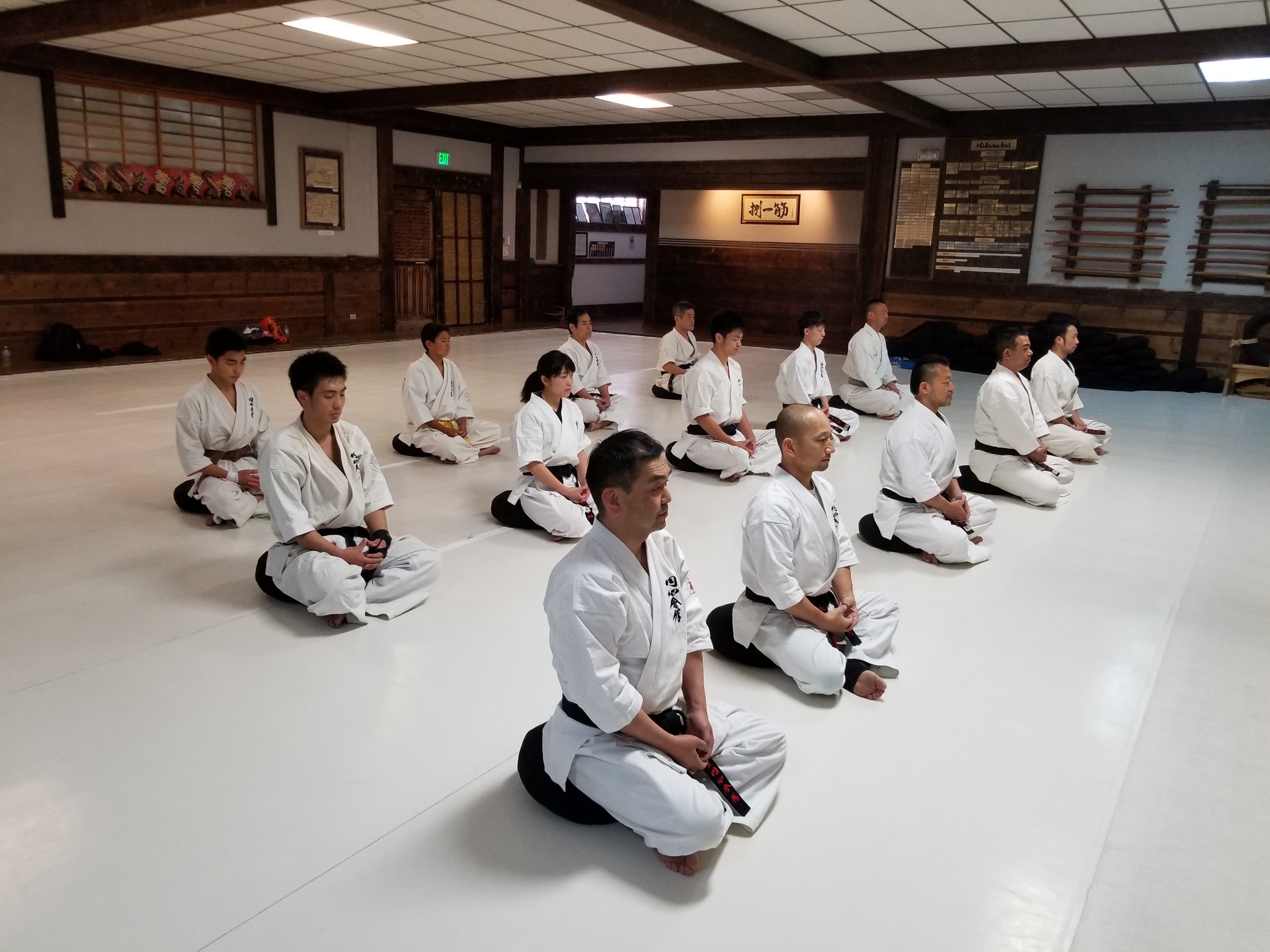 Tetsuji Hayashi Sensei, a team leader and the Head Master of Enshin Karate Japan, was an uchideshi at Enshin Karate Headquarters in Denver from 1992 for 3 years, and he has been devoting himself to further promote Enshin Karate in Japan ever since he returned to Japan. 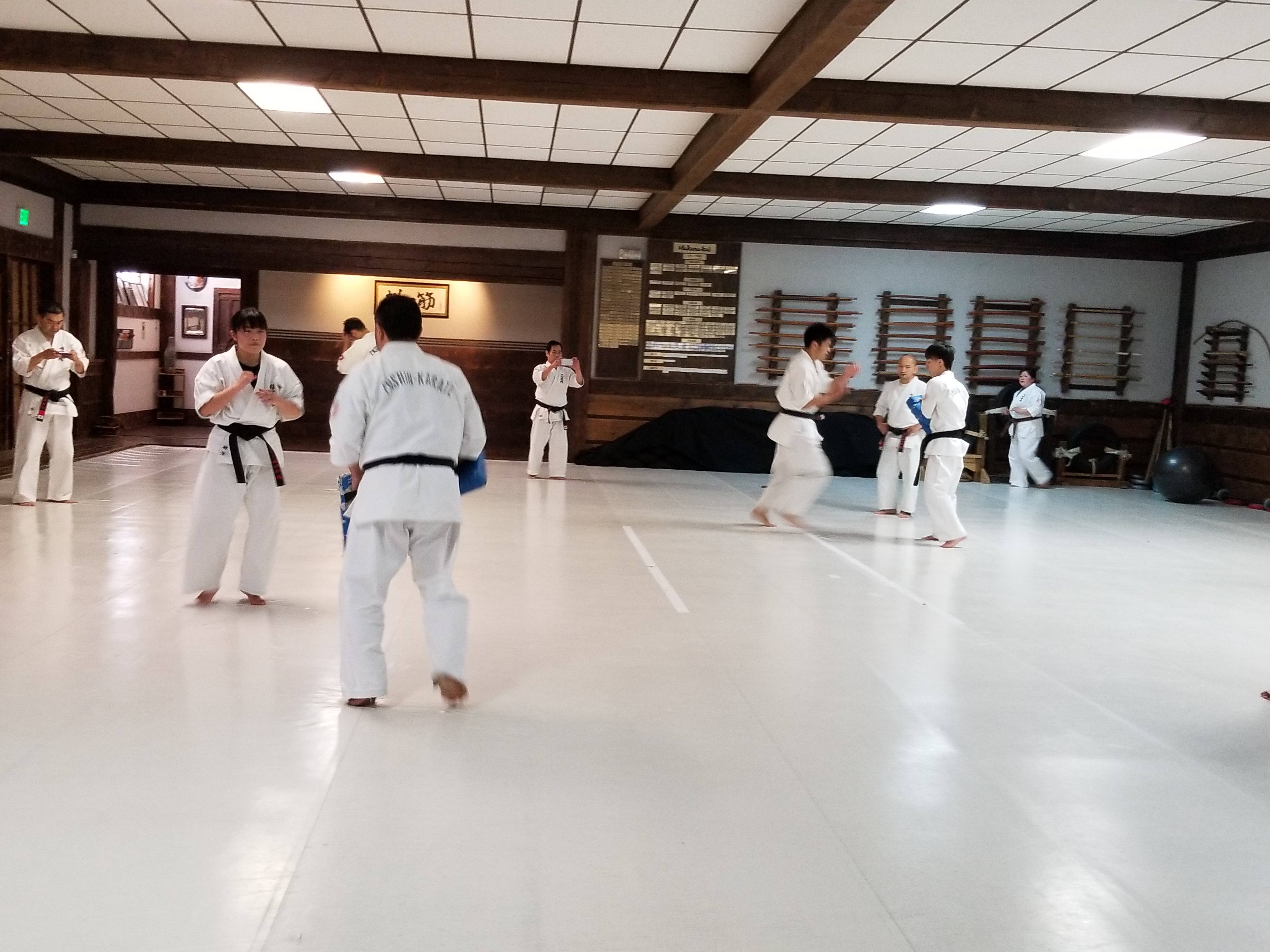 For the past 10 years, Hayashi Sensei has brought his disciples from Japan to stay at Nippon Kan every year for pre-tournament conditioning before the annual WORLD SABAKI CHALLENGE.  This year, he has brought his daughter with him as she will compete in the tournament.  How fast time flies! 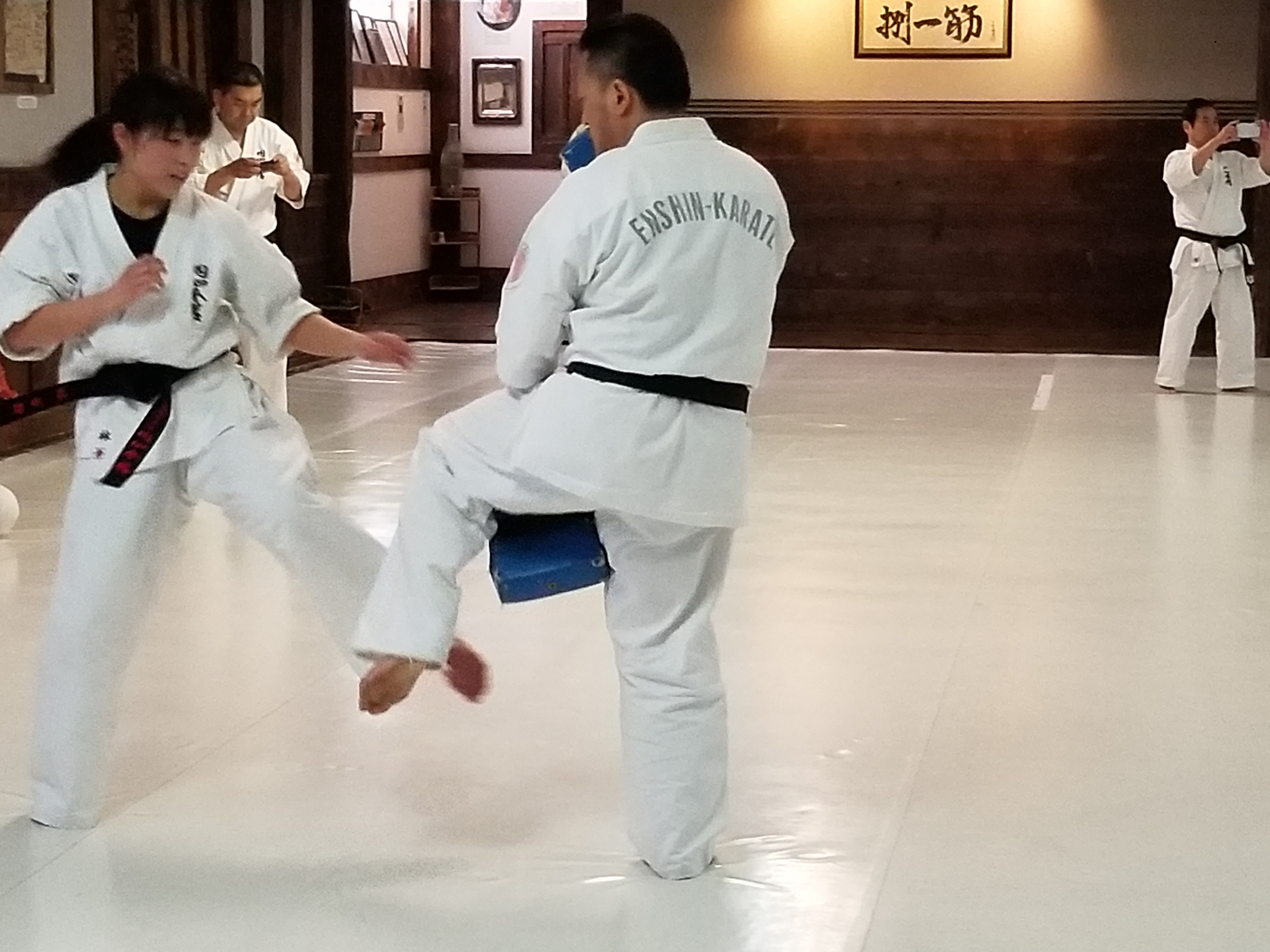 Also, another former uchideshi at Enshin Karate Headquarters, Yajima Sensei, a regional director for Shizuoka, Japan and his son will be competing in the tournament. 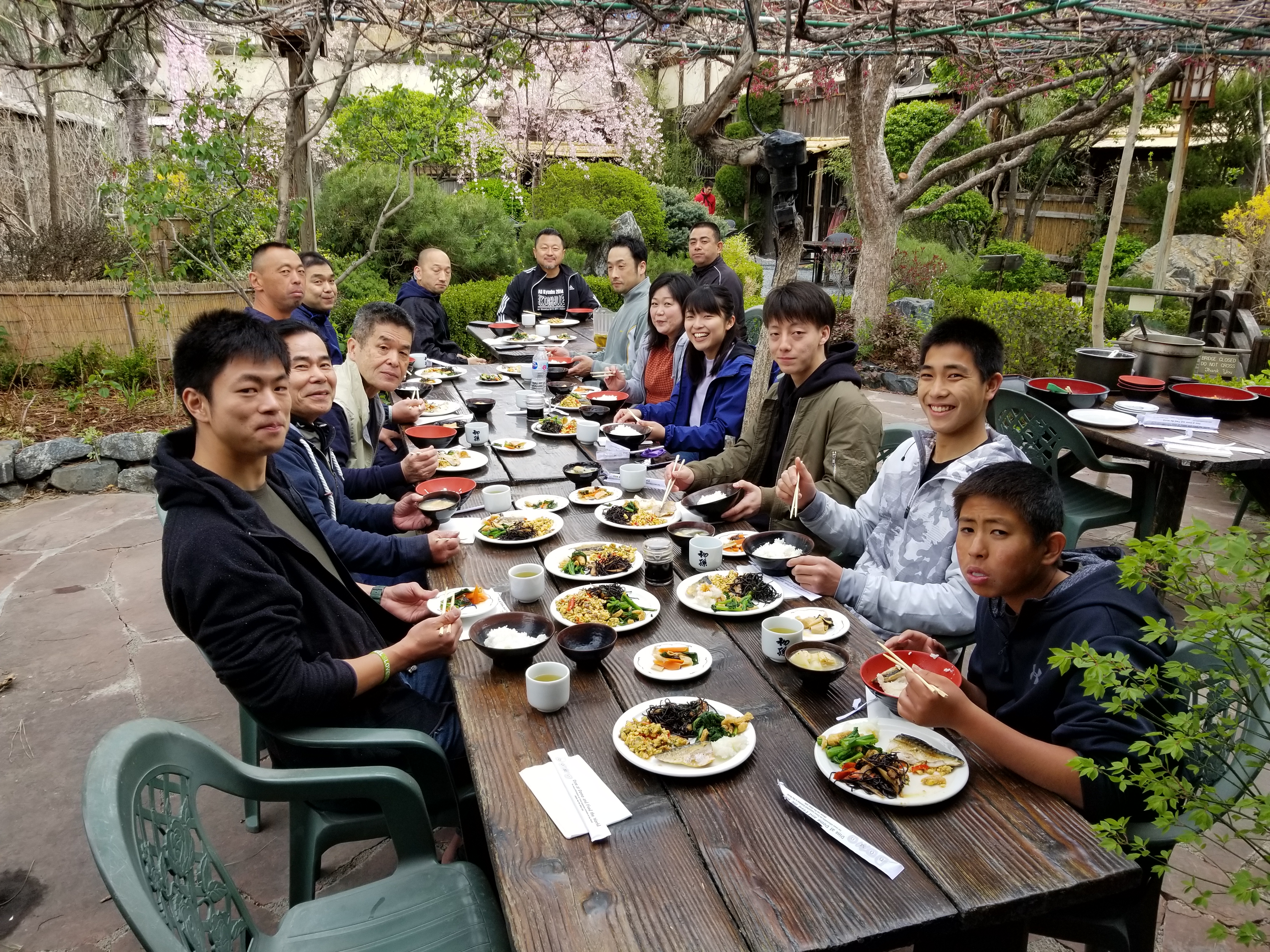 Joko Ninomiya Kancho, the founder of Enshin Karate, and I came to Denver at about same time decades ago.  While we have been devoted to promoting a different Japanese martial art, we have developed mutual respect to each other and forged a strong friendship between us over the past 40+ years, and I very much look forward to our flouring friendship with him in the years to come.