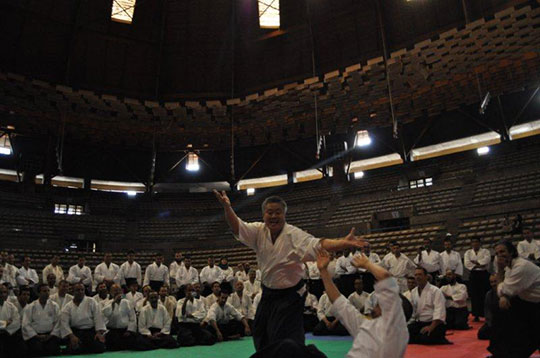 The seminar in Casa Blanca was held at the Olympic Memorial Stadium and Homma Kancho was welcomed warmly by hundreds of Alaoui M’Barek Sensei’s students who served as gracious hosts for the weekend event.

After the seminar in Casa Blanca came to a close, Homma Kancho and party traveled to the world heritage city of Marrakech where Homma Kancho instructed at two affiliated dojos.  One of dojos followed strict Muslim tradition where women were prohibited from practice. This policy took a little adjusting to as Madalyn stayed behind at the hotel. Looking at it positively, the fact that people from very different backgrounds can find commonality through the practice of Aikido is a very powerful opportunity for all of us.

After practice, the group had time to explore the ancient medinas of Marrakech.

Thank you very much to all of our hosts for their hospitality. 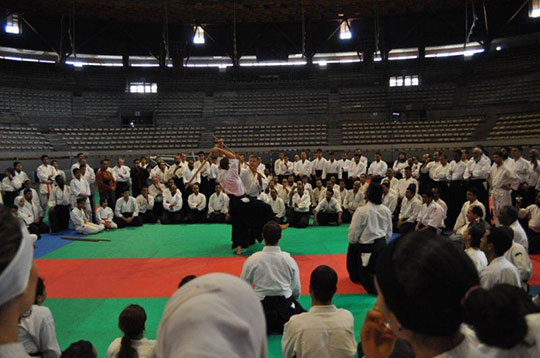 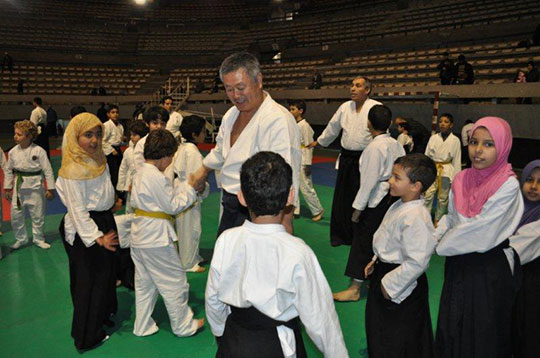 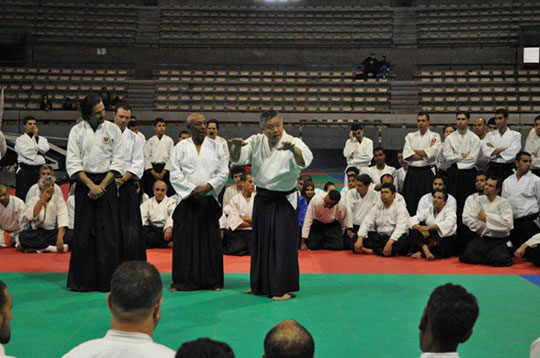 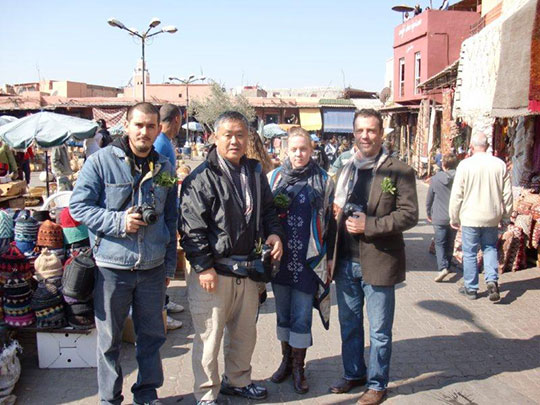 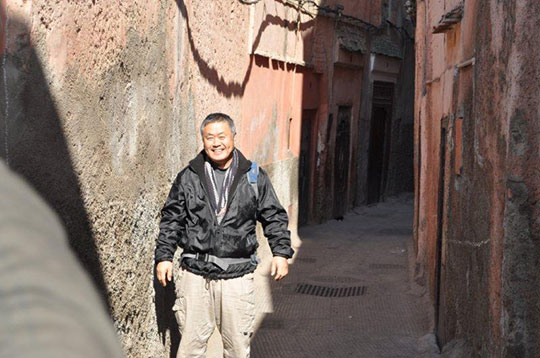 Homma Kancho’s smile is known around the word, this time in Marrakech!

Homma Kancho’s policy for Nippon Kan is one of independence.  Nippon Kan has remained an independent dojo since 1978.  However, Homma Kancho advises that each dojo do what is best for them, and this was the advice he had for the Morocco Aikido Federation as well.