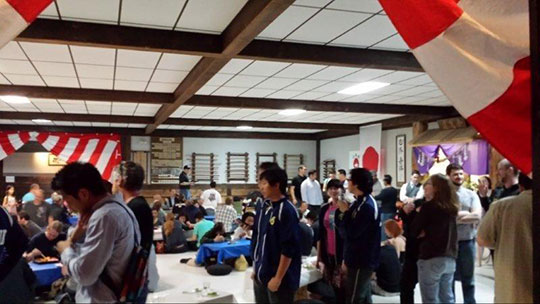 The Japanese martial art of Kendo is popular in the United States, and the US Ito Cup Competition was held in Denver this year. After the competition a dinner reception was held at Nippon Kan General Headquarter dojo for about 150 competitors and guests.

Kendo shares similarities with Kenjutsu which is the foundation for Nippon Kan Aikido. The founder of Aikido, Morihei Ueshiba and his son Kisshomaru practiced Kendo as well. Yasuo Ishikawa Sensei of Ito Dojo in Denver has inspired many young martial artists to practice kendo and through this practice is teaching future generations about the cultural history of Japan. More information about Kendo in Denver can be found at www.denverkendo.com.