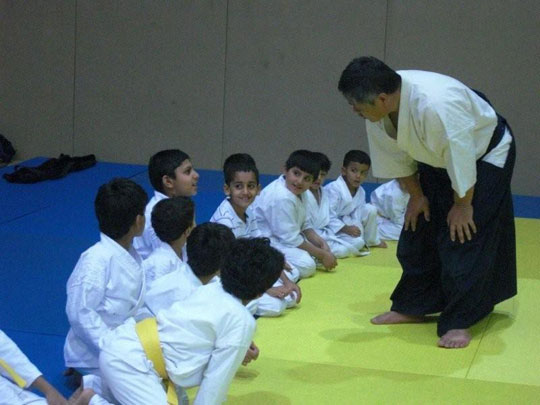 This coming November, Homma Kancho will be returning to Abu Dhabi as coordinator of AHAN’s International Concert Series 2009 which will feature the Kyougaku Taiko Drummers from Nagano Japan. Homma Kancho came to Abu Dhabi for this August trip for preliminary meetings with the Japanese Embassy to the United Arab Emirates, and to perform an Aikido demonstration and lecture for the Ministry of the Interior. While in Abu Dhabi on this trip, Homma Kancho also practiced together with Aikidoka from Abu Dhabi and Dubai.

Homma Kancho visited the Japanese Embassy in the United Arab Emirates to pay his respect to Ambassador Tatsuo Watanabe and go over plans for the upcoming concerts to be performed by the world renowned Japanese taiko drumming group; The Kyougaku Taiko Drummers from Nagano, Japan. One of the concerts will be performed at the Higher Colleges of Technology Academic Convention which will also feature over twenty Nobel Prize winners who are scheduled to speak at the convention. The concert will be held at the seven- star Emirates Palace Hotel in Abu Dhabi. First Secretary and Consul Yamagami and Cultural Public Relations Coordinator Mr. Yoshida, both from the Japanese Embassy guided us through Abu Dhabi and Dubai to check on the concert site logistics and lay the groundwork for the concerts in November.

The Matsukawa Kyougaku Taiko Drummers from Nagano, Japan have toured extensively through the world. Links below to concerts performed by the drummers held in Turkey, Brazil, Colombia and the United States. 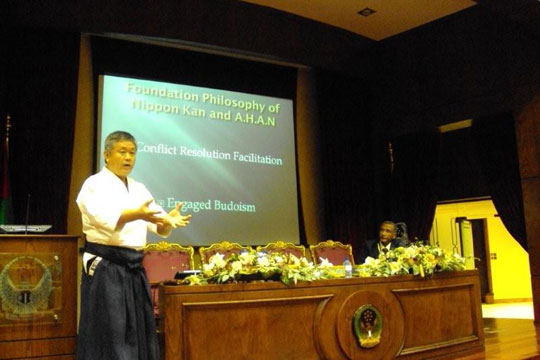 Homma Kancho lecturing at the Ministry of Interior.

Homma Kancho was invited by the Ministry of Interior General Inspectors Office to do an Aikido demonstration and give a lecture on Nippon Kan philosophy toward the martial arts. Homma Kancho’s special teaching and philosophy is well known internationally and the Ministry was interested in hearing Homma Kancho’s point of view about the martial arts and conflict resolution. The Ministry of Interior in Abu Dhabi is responsible for both intelligence and immigration police divisions. Homma Kancho used DVD and PowerPoint presentations in his demonstration and also spoke in depth on his experience of martial arts all over the world. (photos are limited in this section for security reasons) 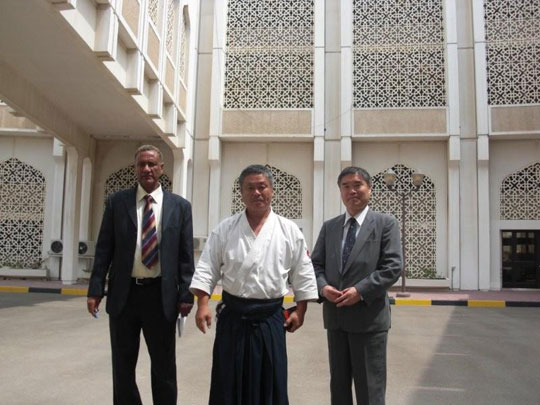 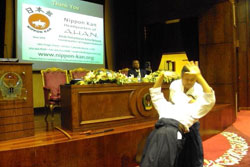 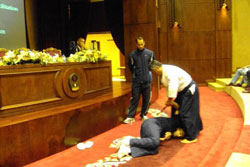 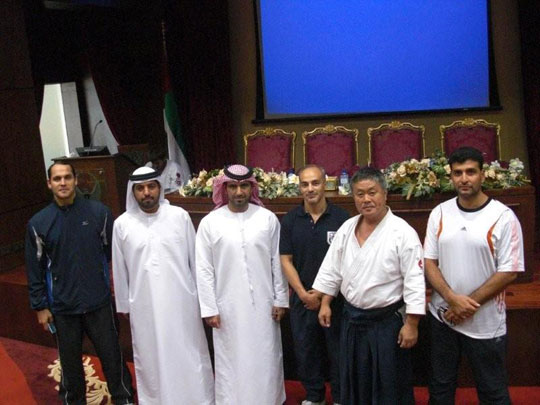 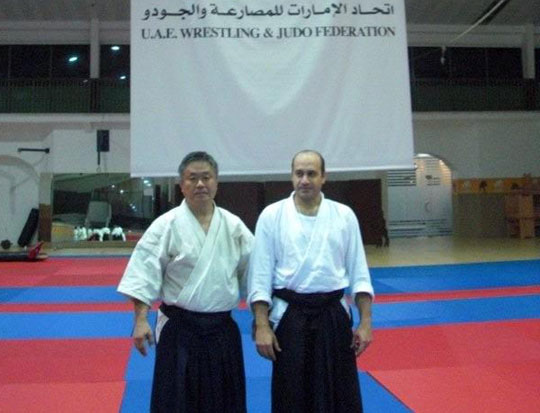 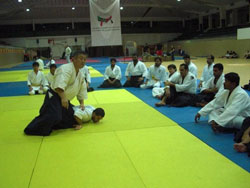 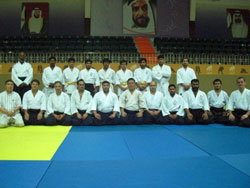 With students in Abu Dhabi

Notes from Editor:
Many thanks to Mariusz who traveled all the way from Ireland and Cihan who left his newly- wedded-bride to assist Homma Kancho in this series of classes in Egypt and the UAE. Congratulations on a job well done! 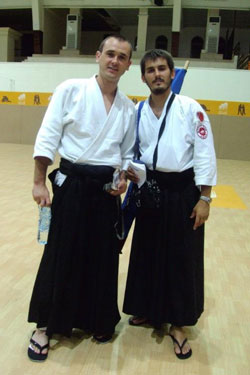