Ava Yancha, coordinator of AHAN Nippon Kan Mindanao arrived this summer for her second three-month term as an uchideshi student at Nippon Kan. Her visit was made possible this time by local prominent sponsors in Illigan City. The purpose of this current 3-month term is to continue her instructor training and understanding of Nippon Kan Aikido, humanitarian project organization and philosophy. Ava trains rigorously about five hours a day plus completing all of her daily chores and tasks. 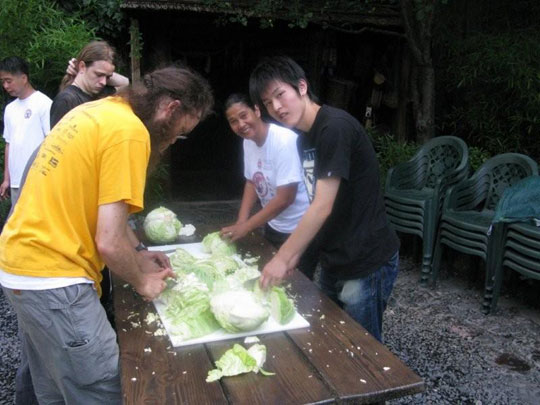 Norihiro Hayashi from Aikido Kobayashi Dojo in Tokyo, Japan came to Denver to become an uchideshi for a two month term at Nippon Kan Headquarters in July. This was his first trip outside of Japan, and we were a little concerned that it would be difficult for him to adapt to life as an uchideshi and adapt to living in the United States at the same time. After two months, Norihiro continues to do well however and has actually extended his stay for an extra month to continue his challenge. 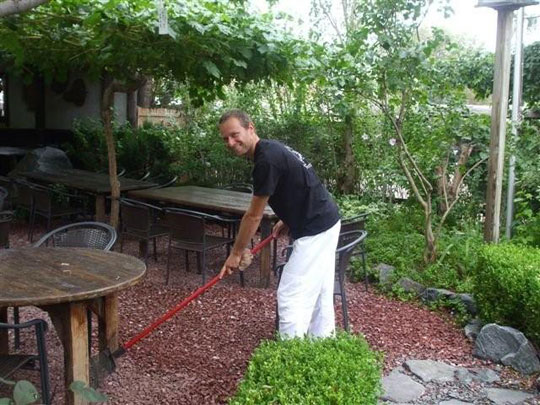 Michele Zanrei from Parma, Italy came to visit Nippon Kan this summer for his third stay as a Nippon Kan uchideshi. Michele hopes if he can get time off of work back home, to return to Denver and his home away from home in the Rockies early next year. Parma, Italy by the way is famous for its parmesan cheese and prosciutto ham!