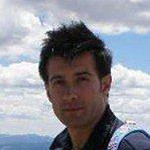 A visual arts professional, Luca made major contributions in assisting Homma Kancho in producing video productions for the Nippon Kan website. Since his graduation, Luca has returned to Italy where he works as a busy free-lance visual graphic arts specialist.

Corrado was our first uchideshi from Italy in 2011. Corrado first met Homma Kancho when in Parma, Italy when Homma Kancho instructed a seminar organized by Aikido Inseme Dojo in April 2011. Since his graduation, Corrado has returned to Italy to continue his studies and assist in the family business. 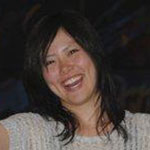 Shun Endo is a second-degree black belt student of Yasuo Kobayashi Shihan in Sendai, Japan. Sendai is located in Northern Honshu near the epicenter of the great earthquake and tsunami disaster in Japan in March of this year. Shun came to Nippon Kan for one month of concentrated practice and accompanied Homma Kancho and the construction team to Tak ko lang, Thailand to begin construction on the Bilay House Orphanage. Shun has since returned to Japan where he working on PHD in the sciences. 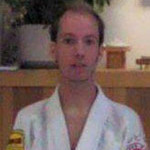 Robin joined Nippon Kan as an uchideshi for the last semester of 2011 from Holland. Overcoming personal physical challenges and a freezing cold winter, Robin completed his term at the end of December 2011. After a month of snowboarding in the Colorado Rockies, Robin has returned to his studies in Holland.