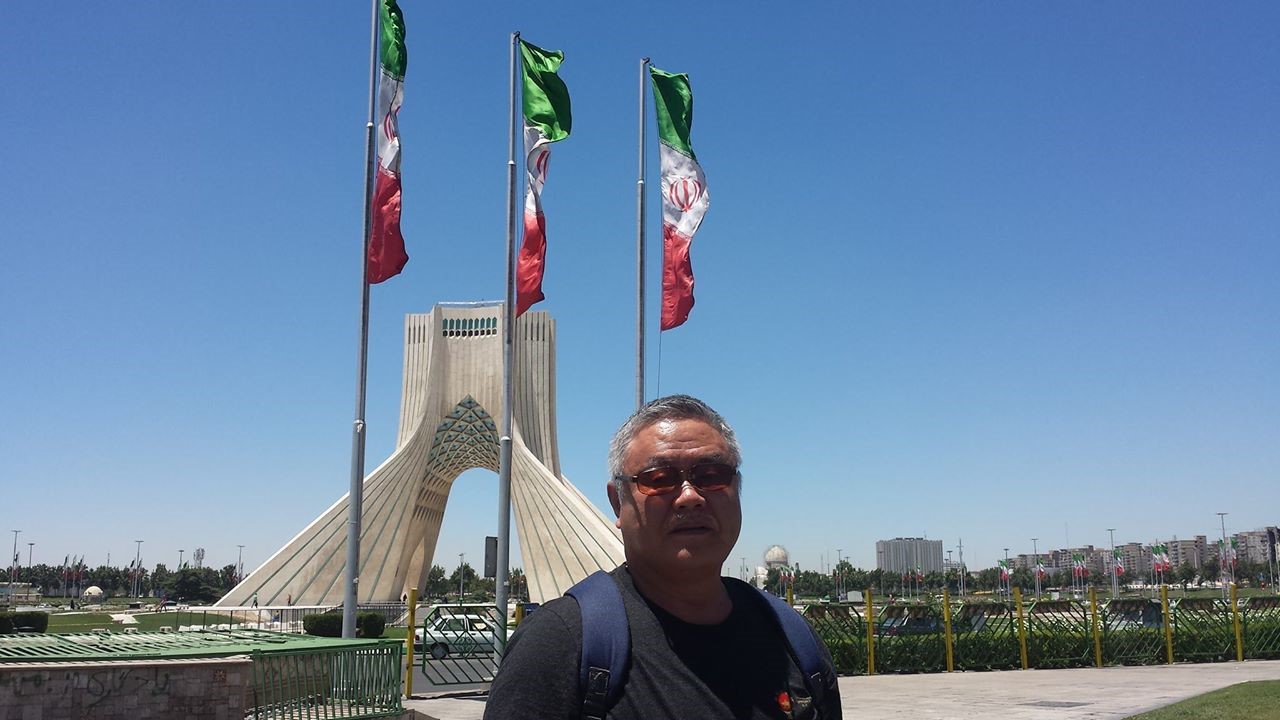 In front of the Azadi Tower in Tehran 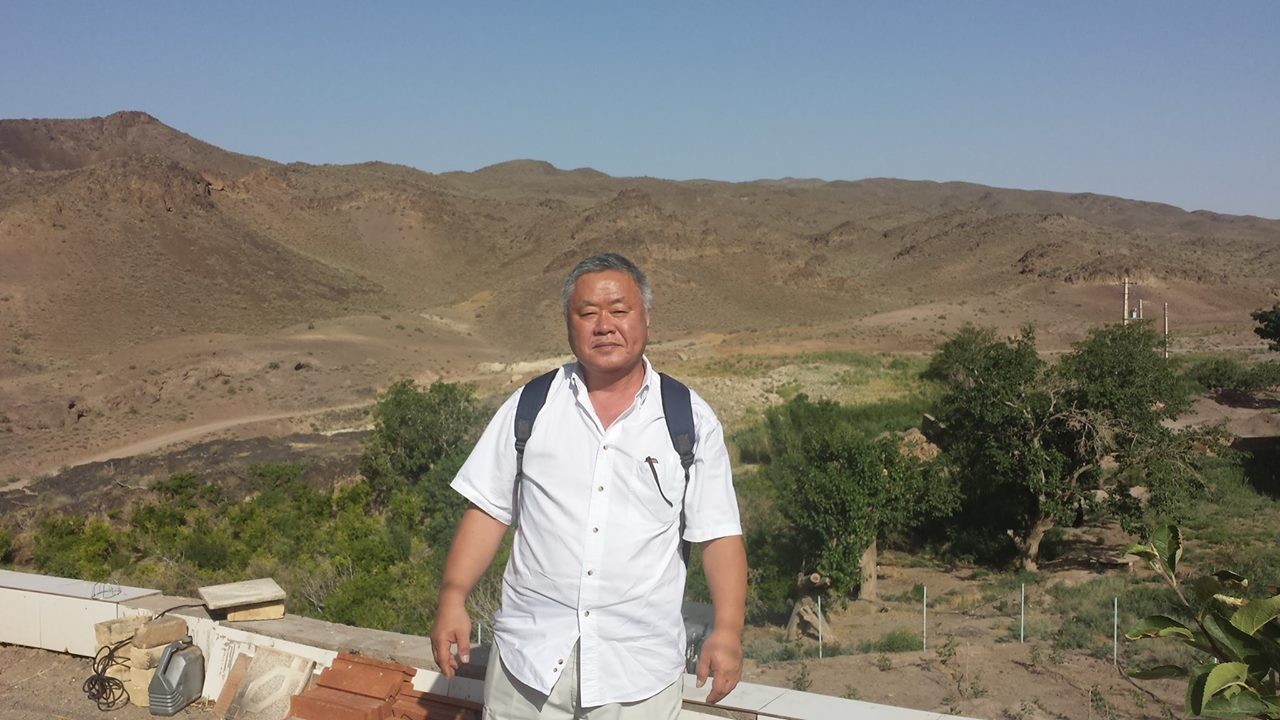 After having driven through the middle of nowhere (literally!) for a couple of hours or so, the village suddenly appeared in a valley.

There we met an Afghan farmer who said he has been working away from home for about 2 years.  He says he has a wife and 8 children back home.  Although he is 42 years of age, years and years of enduring hardship is visible on his face. 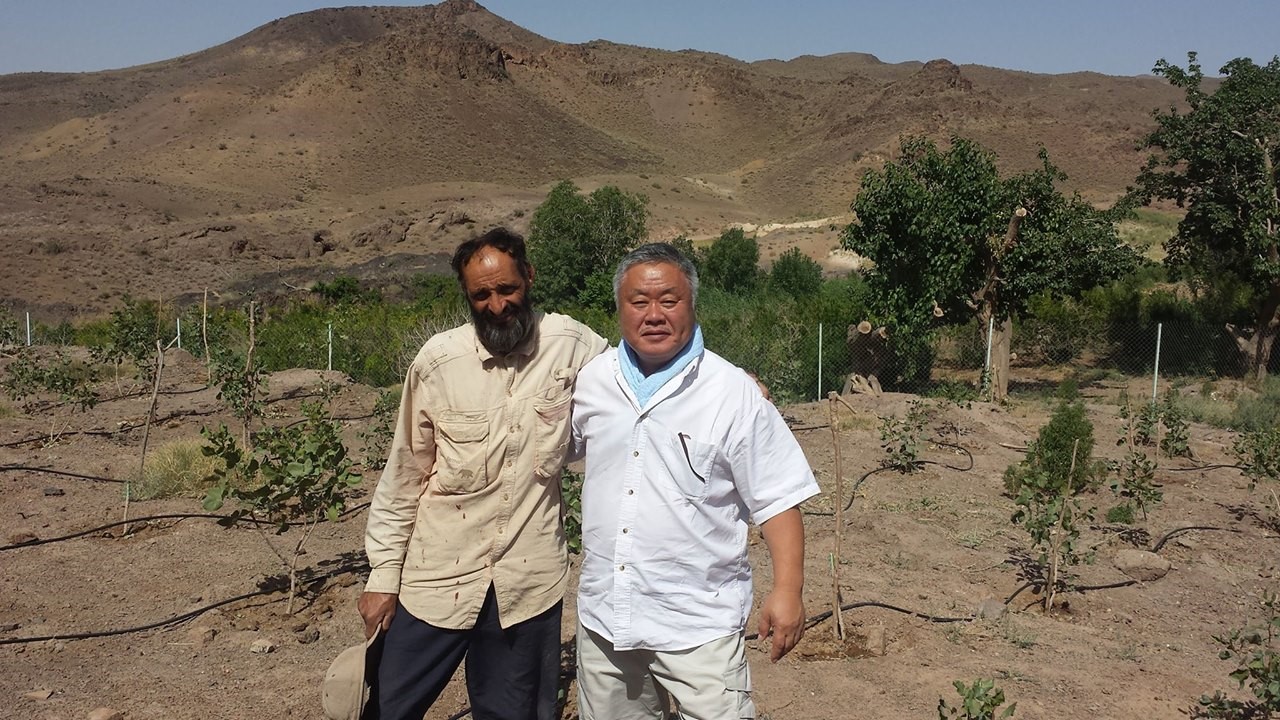 With nomadic workers from Afghanistan

Looking out a window, I spotted the farmer with a little bird in his palm and showing it to the child of his employer.  The little bird looked to have fallen from a nest, unable to fly away.
The farmer brought a bird cage from somewhere, put some straw on the bottom of the cage and put water and crushed grains of rice in the cage for the little bird.  But, the little bird does not look well enough to eat or drink on its own.

The farmer is scooping up water with his hand and bringing it to the beak of the little bird, while he is placing his other hand to keep the little bird warm, in order to rescue and save the precious little life. 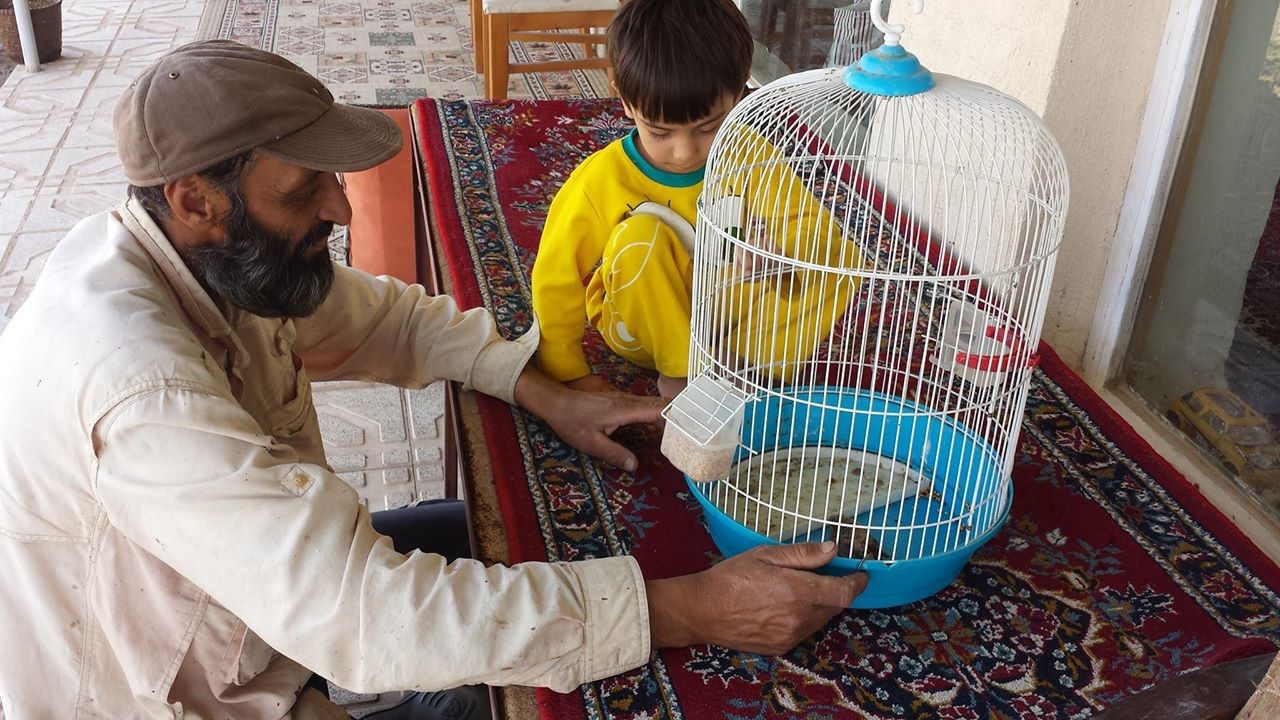 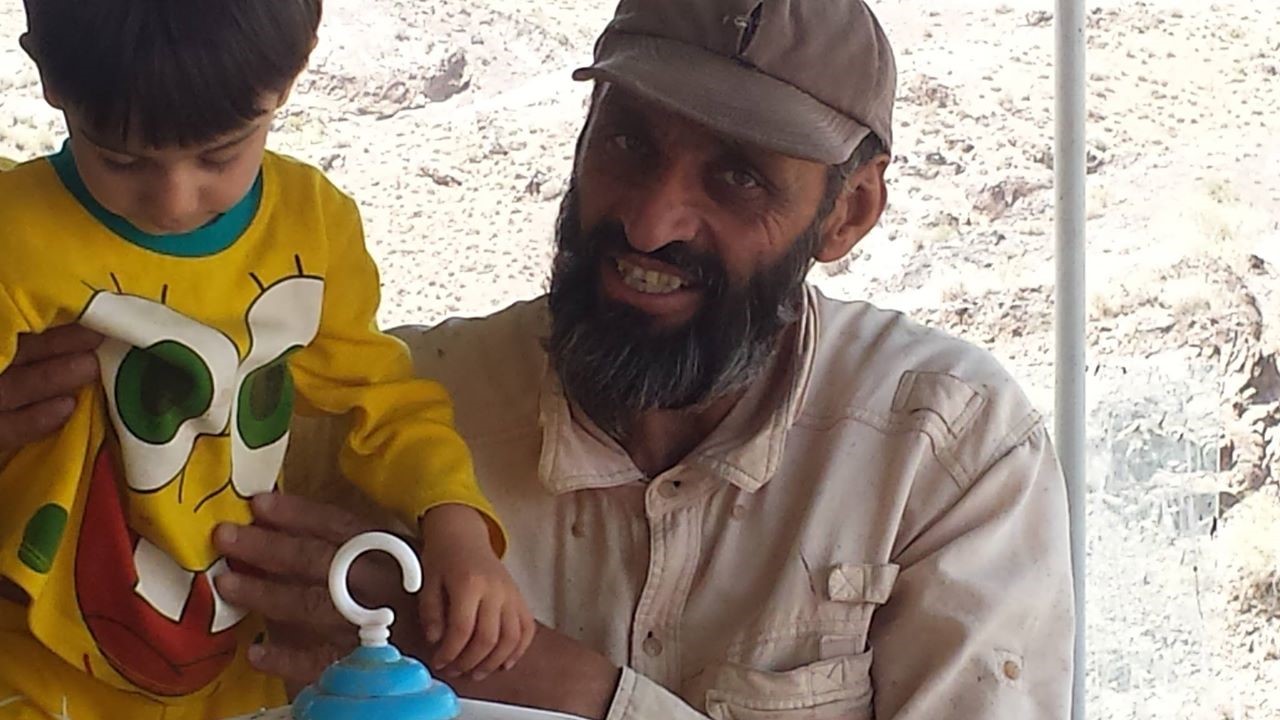 The farmer, who has escaped from conflicts while leaving behind his own family in his impoverished home country, is trying to save the life of a little bird, although however much life is left seems to be dashing away.  The child of the farmer’s employer is looking on intently.  While the farmer and the child are exchanging some words, I cannot help but wonder how much of the sentiment of the moment is being shared between them.

Of course, I could not communicate with the farmer at all.  However, I could discern his character by witnessing his actions.  I found true richness in the absence of a common language.

Just because we only have limited amount of information, we may have a tendency to form certain biases based on where people are from, what religion they follow, what occupation they hold or how they dress and look, while we risk overlooking their rich characters that may not be so obvious on the surface but rather hidden inside them.  It is a pitiable and scary notion.

Judging from his kind personality, I cannot help but imagine his family members, though they may be poor, are living a gentle and rich life somewhere in Afghanistan, just like their husband and father.  I wish I could share with them his act of gentleness.

After about an hour, the farmer buried the little bird in a corner of a garden.  The child wept, while the farmer also wiped tears off his face.

Countless numbers of families have been displaced and separated from their families against their will because of wars and regional conflicts.  Reflecting upon myself, I have only been slapping dojo mats for the last 52 years.  What have I done as a Budōka (martial artist) …?  But I must believe there is still time…

“Why do you go visit Iran, Sensei?”  Many people asked me questions based on their predetermined negative image of the nation.  As a Japanese citizen, I could enter the country with a traveler’s visa, after having paid 60 euros and submitting a receipt at an application window and waiting for about 10 minutes.  I was greeted with “Konichiwa” by an officer when I finally entered the country.  The visa was good for 30 days.  As I came out of Customs, I was greeted and welcomed with smiles and waving hands of the members of Iranian Aikido community.

Not only in Iran, but in the world, Aikido has become so fragmented that I am not be welcomed in some countries and thus, I should refrain from writing more about Aikido related activities.  My books have been translated into Farsi, and the fact that a 3rd book of mine will be available in Farsi is a testament to the fact that a group of Aikido comrades see value in me as an Aikidoist, and I’m very pleased and humbled by the honor.

It’s been over 52 years since I joined the world of Aikido, and while high-ranking instructors (shihan), who learned the art directly from the Aikido Founder, Morihei Ueshiba, have started to pass away in the recent years, a once monolithic Aikido under the Founder has become so fragmented, like grains of sand on a beach.

Organizations are formed to collect dues, and rules are put in place to sustain and make the organizations more powerful.  As the foundation is not solid, like that of a castle made of sand, the organizations often break up and propagate.  Honorable footprints, achievements and contributions left behind by meritorious Aikidoists are washed away in a flash, as if by receding waves on a sandy beach.  Practicing Aikido techniques seems to have become a mere cover-up to disguise such ugliness.  While pretending to be a traditional Japanese martial art by wearing the outfit of black hakama and white keikogi, today’s Aikido world fits in well with the structure of a modern society made up from “money”, “politics” and “laws”, while repeatedly undertaking ugly quarrels and fights among factions and between different organizations.  I cannot help but wonder how the Founder of Aikido would make sense out of the current situation of today’s Aikido world and prove that his own exemplum would still hold true.

If any Aikidoist are to be independent, one should be determined to be “independent and self-reliant” with grit, like Nippon Kan, without any lingering attachment to any other organization.  After all, any Budōka is for his/her own generation only, and a Budōka’s legacy is made only by his/her own pursuit of his/her best performance.

With Aikido Comrades in Turkey 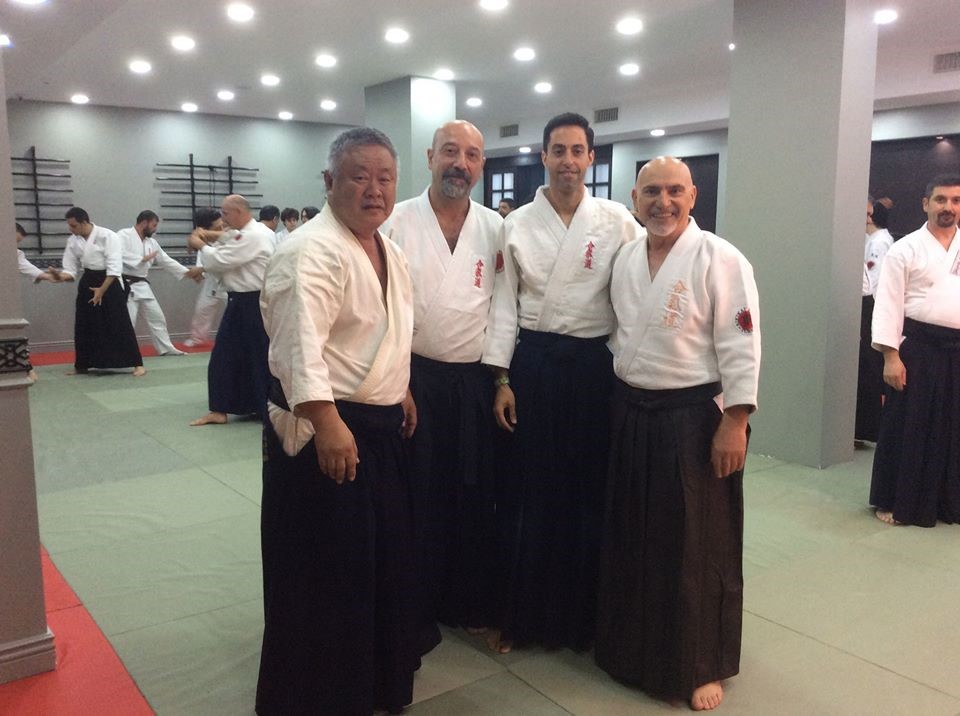 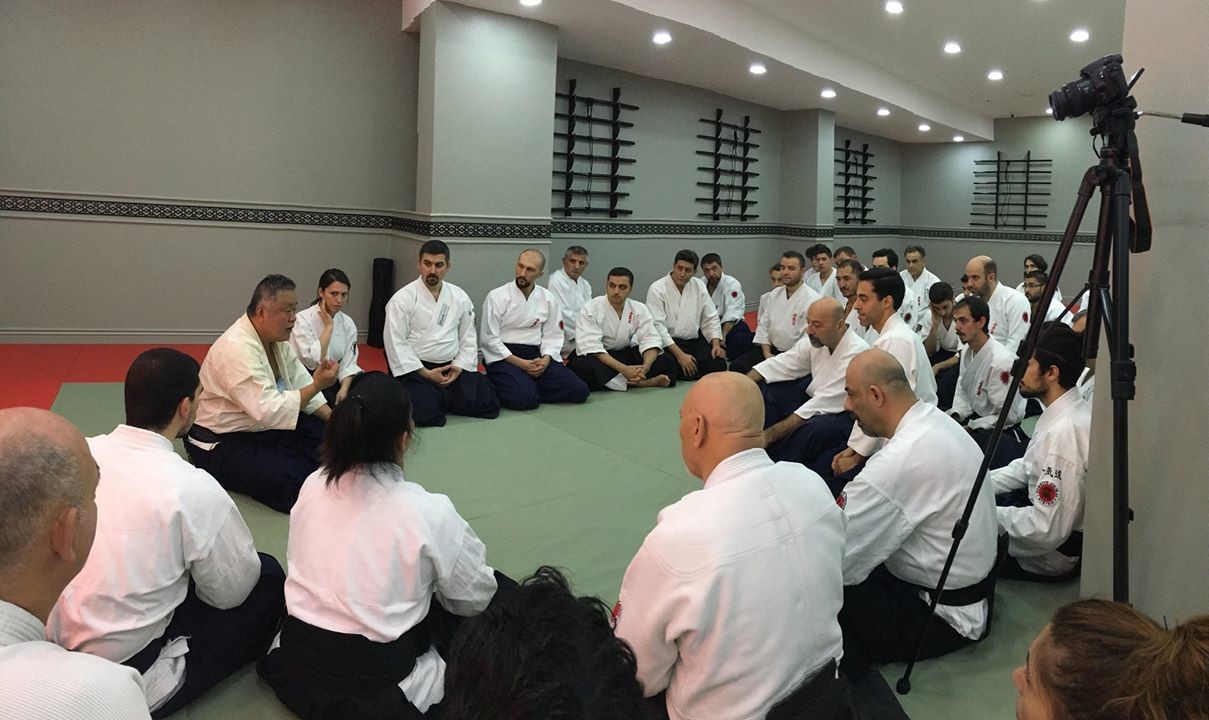 After his visit to Iran and other places, Homma Kancho took the time to visit my hometown of Izmir, Turkey.  The city of Izmir became known to the world when waves of Syrian refugees flooded the city.  While it’s been waves of big changes for those of us who were born and lead our lives here, we also feel that it’s something we must adopt and adapt to while honoring and respecting human lives as well as to save the vulnerable.  After all, we all wish for peace. 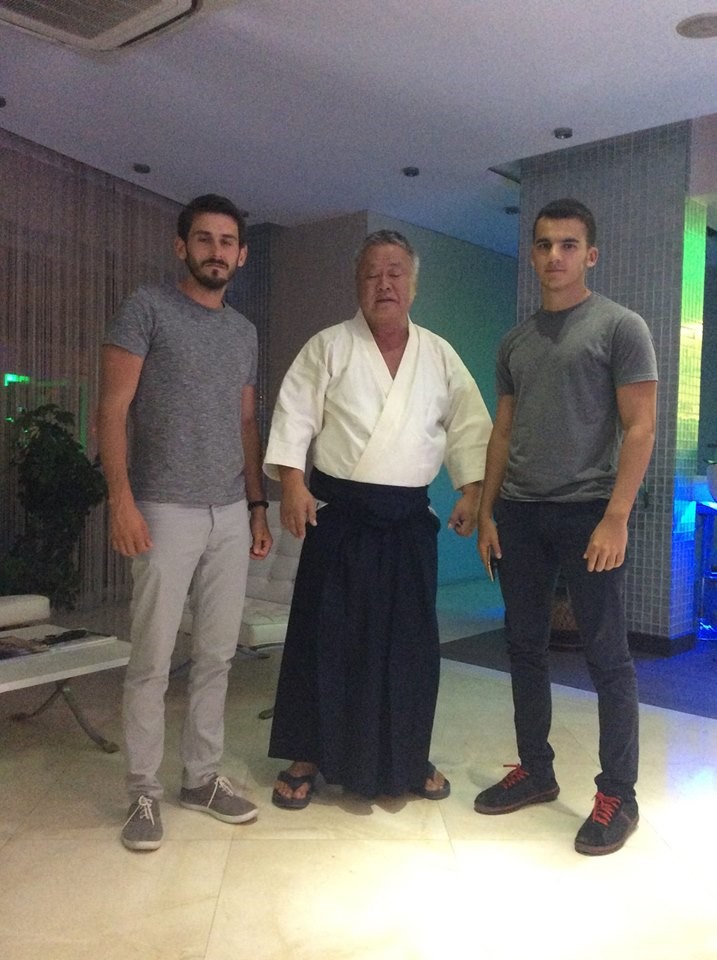 I am an owner of a gym and work as a personal trainer.  Having learned at Nippon Kan as an uchideshi under Homma sensei, I often do speaking engagements and lectures at a well-known Turkish corporations, like Vestel, on Aikido Nippon Kan’s philosophy of “hands-on work with, in and for society”. 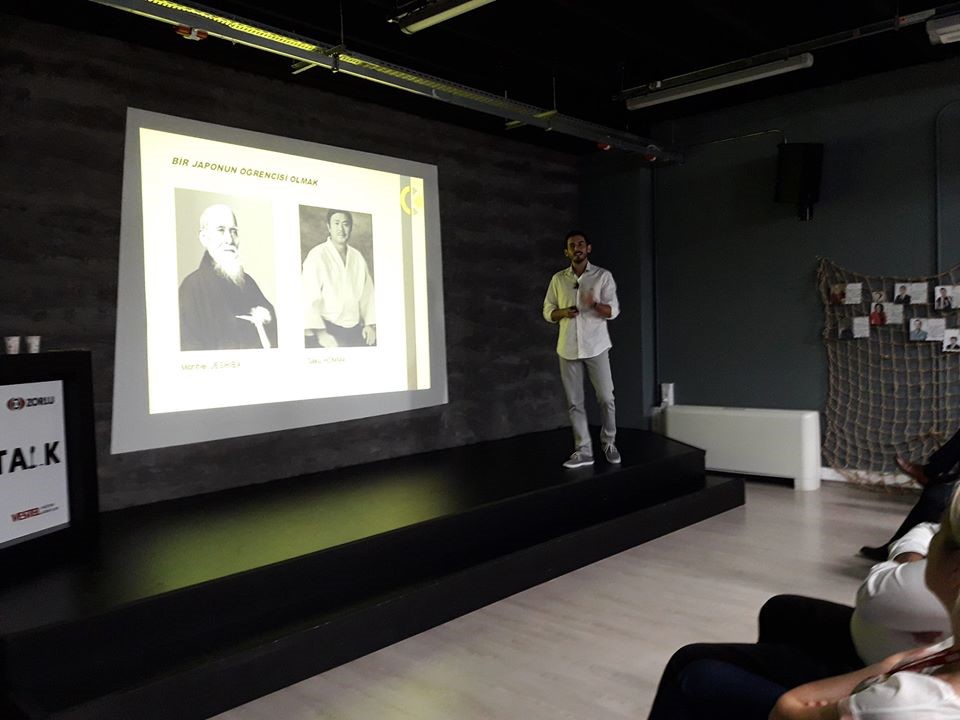 Cihan sensei often lectures at large corporations on his lifelong learning from Aikido. 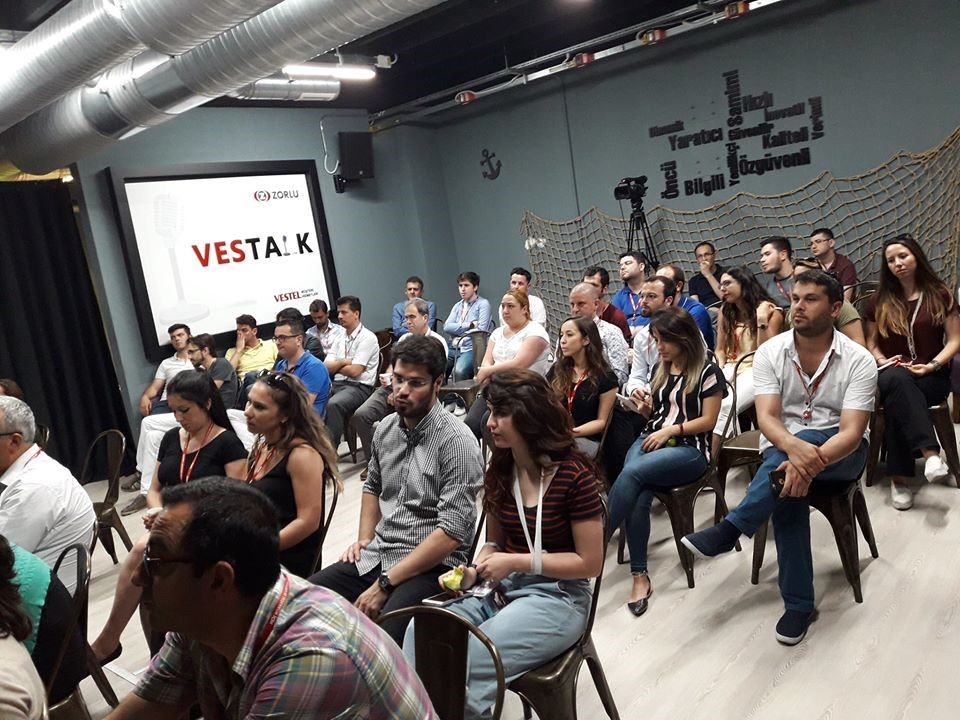 “Much of today’s Aikido is focused on skills to attack opponents and do not go beyond it.  Rather, there does not seem to be any interest in what is beyond attacking opponents.  More regrettably, an increasing number of Aikidoists, even beginners, except for elderly Aikidoists, do not practice ‘uke’.  No skill or technique is complete without ‘uke’.  I truly believe the essence of Aikido’s philosophy is condensed in Aikido’s ‘uke’.  A good number of instructors pretend like they will never fall.  They don’t even seem to realize they are only instructors because there are many students who take ‘uke’ for them.  And they habitually assert themselves by discussing ‘organizational factions’ while concealing the narrowness of their skills.  How piteous they are…

“However, it’s inevitable that the time passes and a new era takes over the old and values change and become more diverse.  Traditionally, the philosophy of Aikido should be learnt through diligent and repetitive practicing.  However, it may rather be useless and a waste of time in places where it has become a ‘common sense’ to practice without ‘uke’.  Given the reality, one way to practice the philosophy of Aikido might be through lecturing the philosophy of ‘hands-on work with, in and for society’.  Sometimes we may need to accept a notion of the lack of common sense as a new common sense and act accordingly.”

These comments were made by Homma Kancho when a coup d’état was attempted in my home country last year. Coupled with a news about waves of Syrian refugees pouring into the country, I had to finish a summer-long uchideshi training program earlier than originally planned out of concern for and worry about my own children.  The words of advice and guidance by Homma Kancho have been very helpful to keep my focus, especially when I was still feeling a sense of guilt about having cut short my uchideshi training.  Sensei’s guidance has made me understand why Nippon Kan World Headquarters maintains a good balance of hard keiko (practice) on skills and techniques and AHAN’s hands-on humanitarian support activities.  Homma Kancho has offered to recruit my pupil Baris as an uchideshi at Nippon Kan this summer.  I cannot thank him enough. 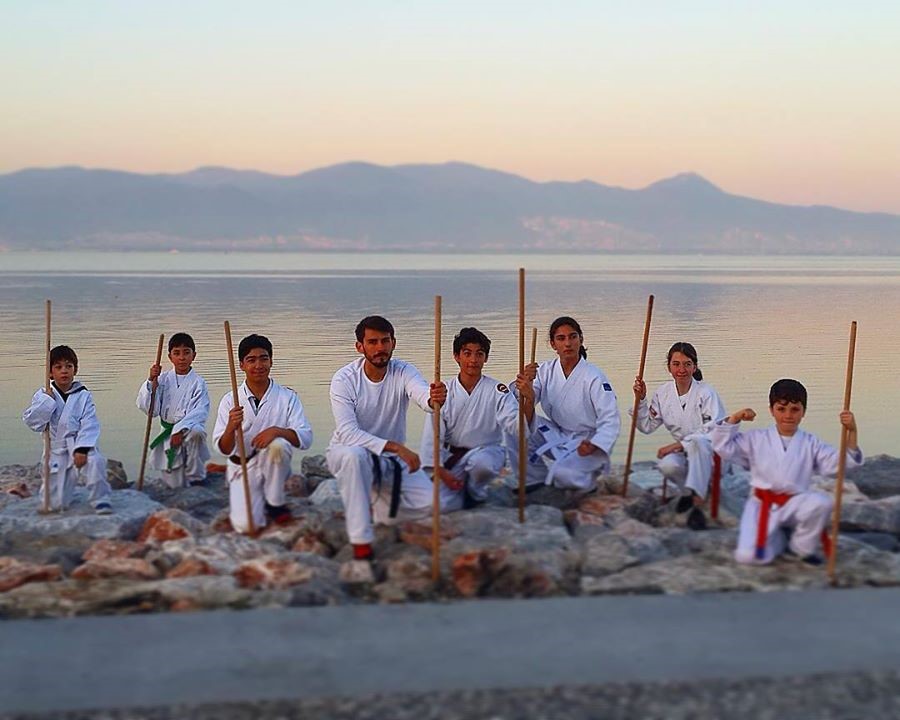 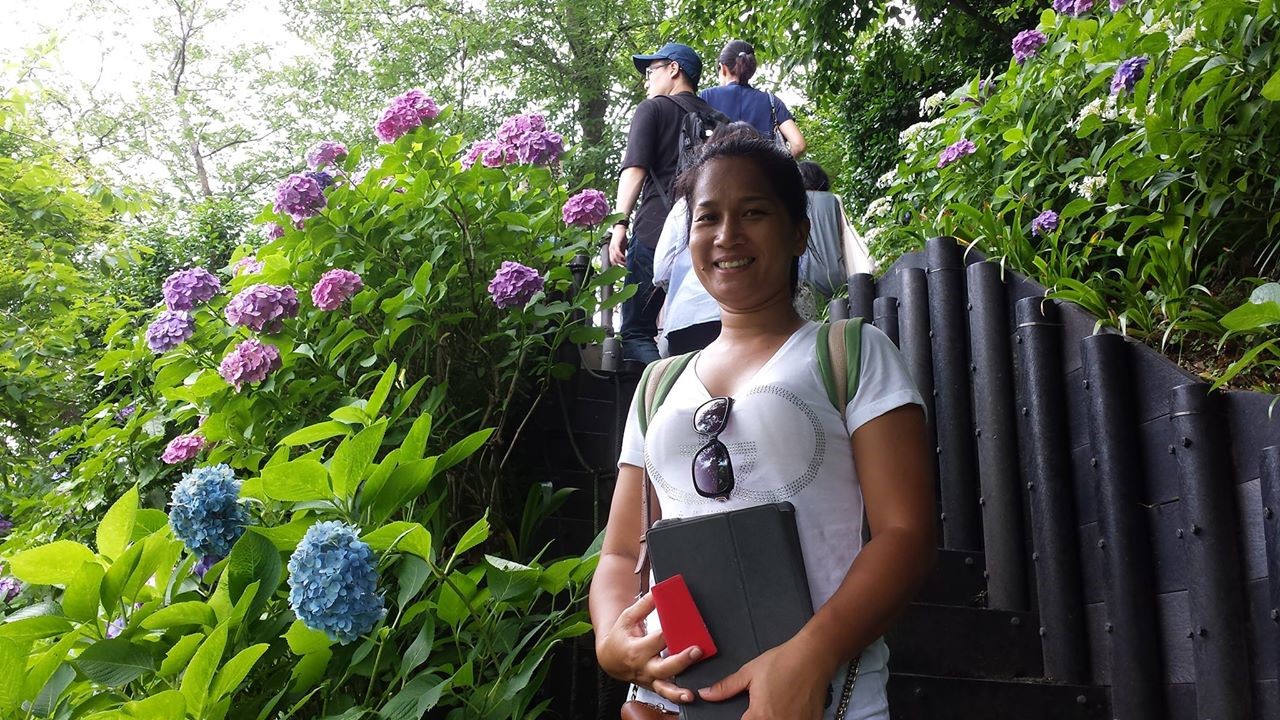 Ms. Hom has been very active as a coordinator for AHAN Nippon Kan in Thailand.  She is a mother of two, was a nursery school teacher for 10 years and has visited Japan for 5 times.  Ms. Hom has played key roles as a key coordinator in support of various AHAN Nippon Kan’s operations, such as AHAN Bilay House, Aikido seminars in Mueang Chiang Mai, Thailand or in Vietnam. 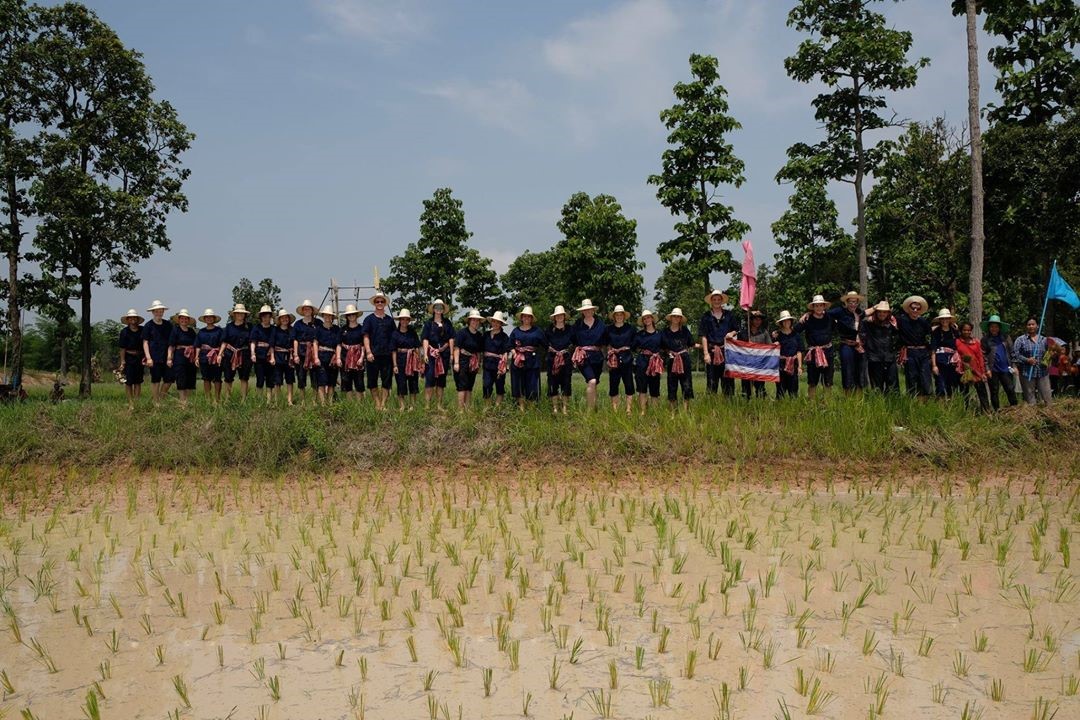 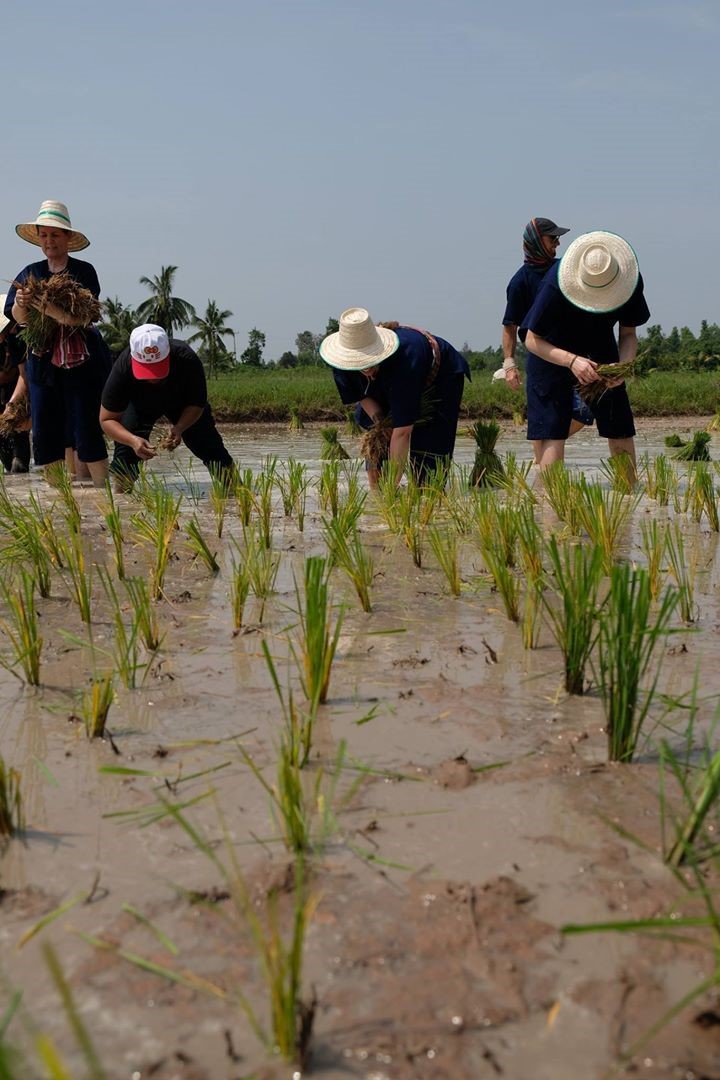 Ms. Hom has also been active in welcoming a group of delegates from Westminster Colleges in the U.S. to her home-city of Kalasin, Thailand to introduce Thailand’s southwestern traditions and culture to the students.  While it’s wonderful to see that visiting students are vigorously taking full advantage of their 5-day long stay in the region, it’s also amazing to witness a coherent operation run by a team of local wives to support and carry out a series of meaningful cultural events and activities in a condensed, flawless manner.  Hats off to their teamwork and to Ms. Hom’s leadership. 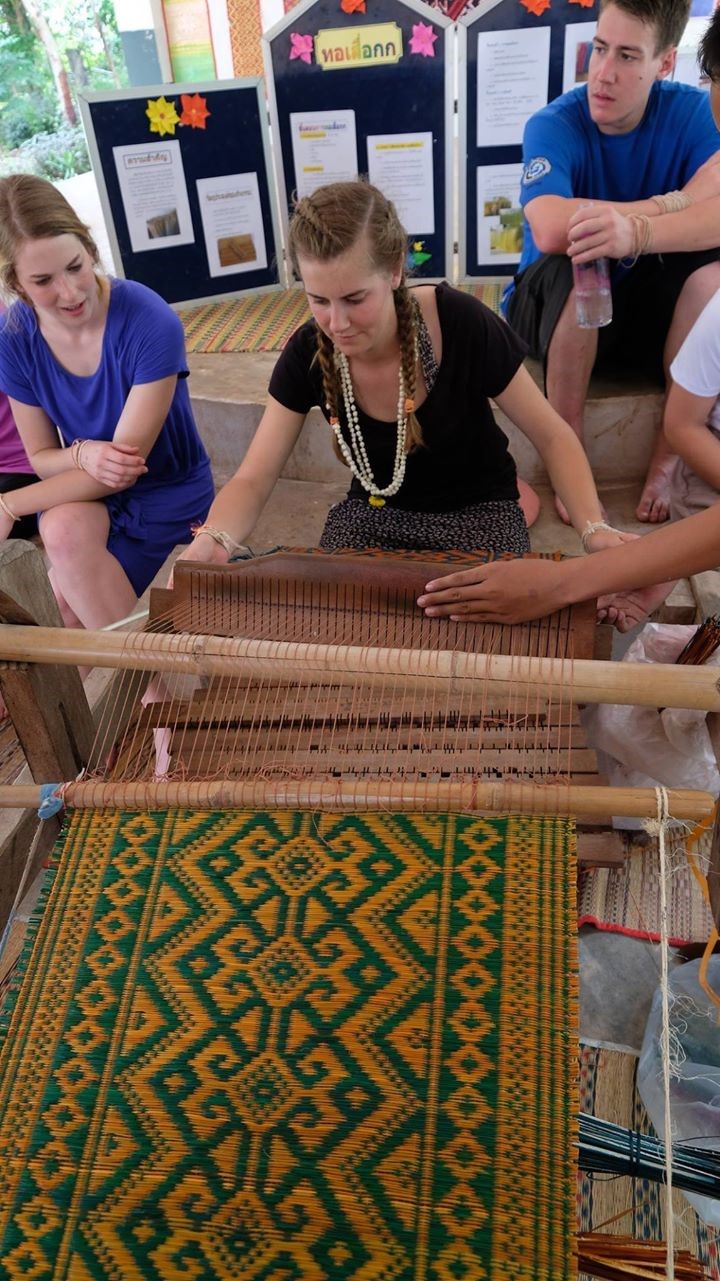 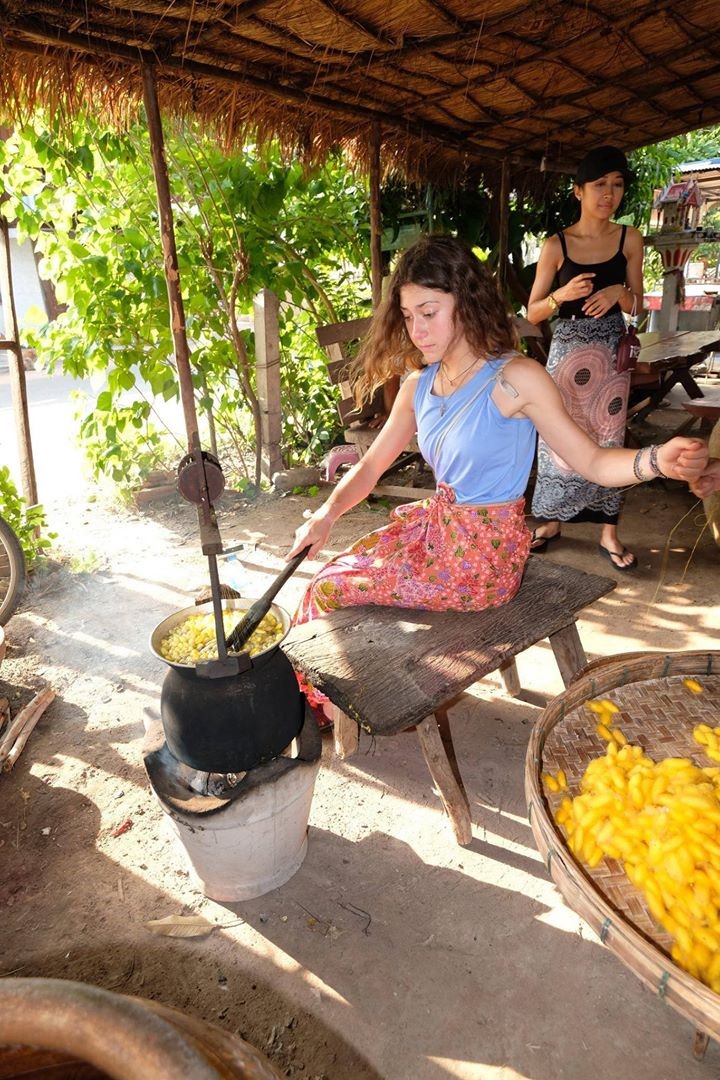 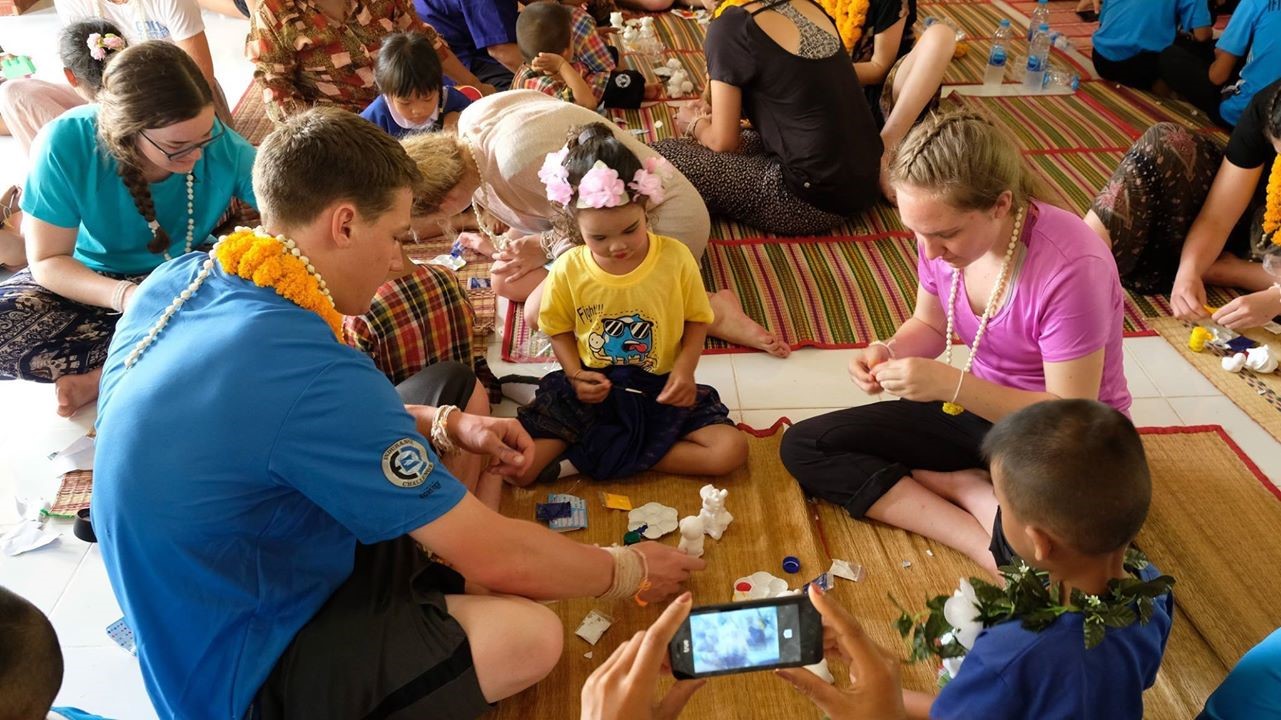 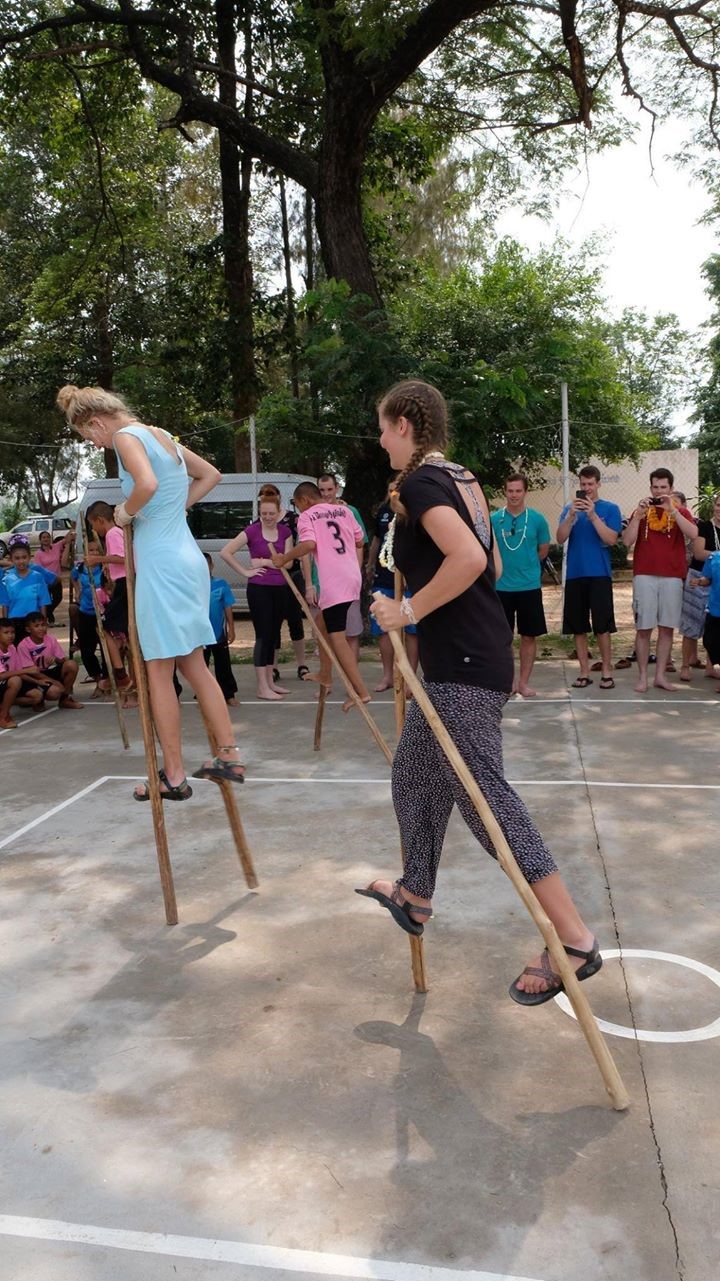 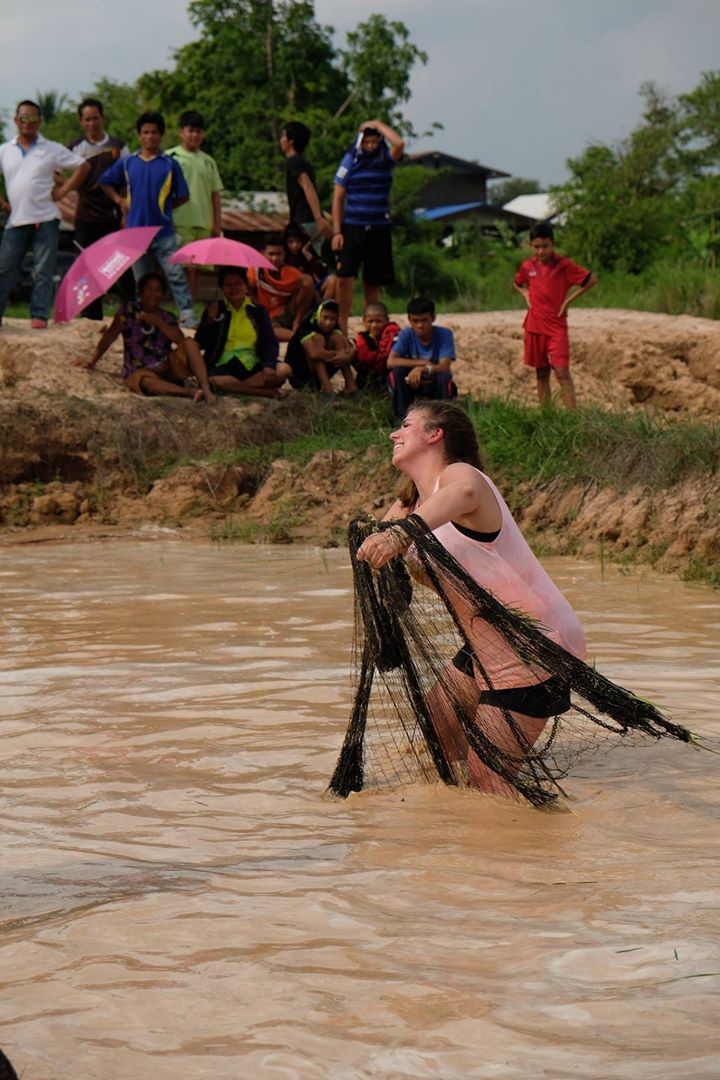 Ms. Hom started the cultural exchange initiative to revitalize the local region, given her sister’s influence who had worked at United Nation’s IMO organization in the U.S.  There is much to be learned from a program with such full contents.  I’m grateful that Ms. Hom has been a leading coordinator for various AHAN activities not only in Thailand, but in Bangladesh, Vietnam and Cambodia. 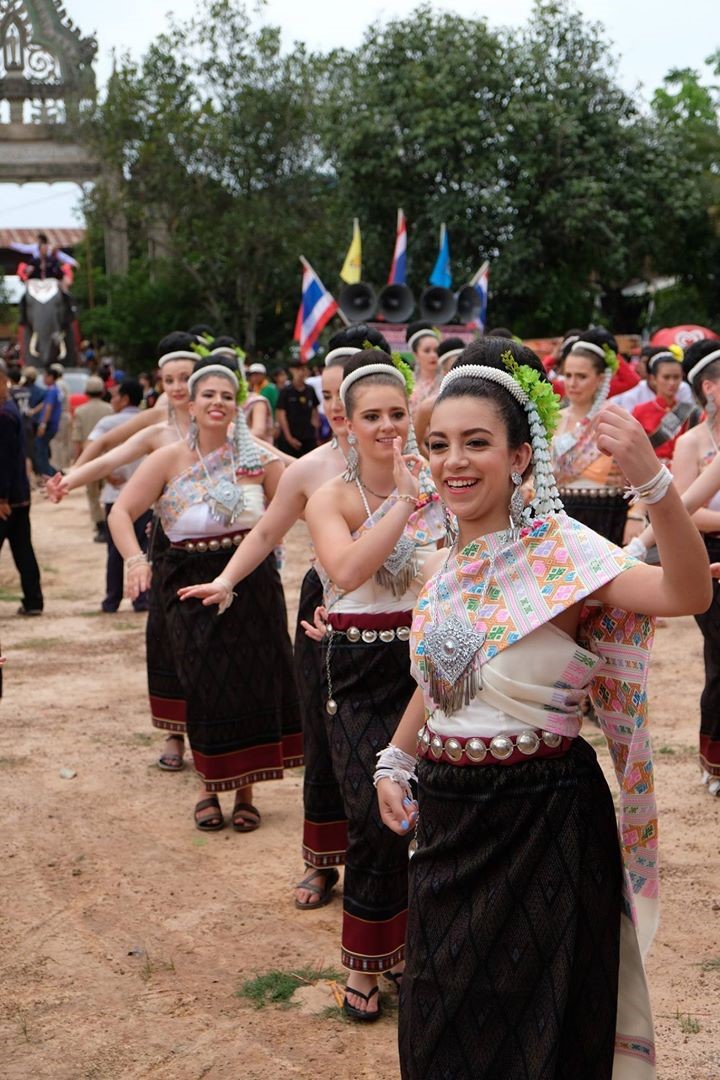 In the golden years, as one pleases…

A meeting was held in Japan to discuss plans to elevate the status of Nippon Kan’s Japan branch to a registered Non-Profit Organization as well as to work toward establishing AHAN Nippon Kan International Guest House (tentatively named). 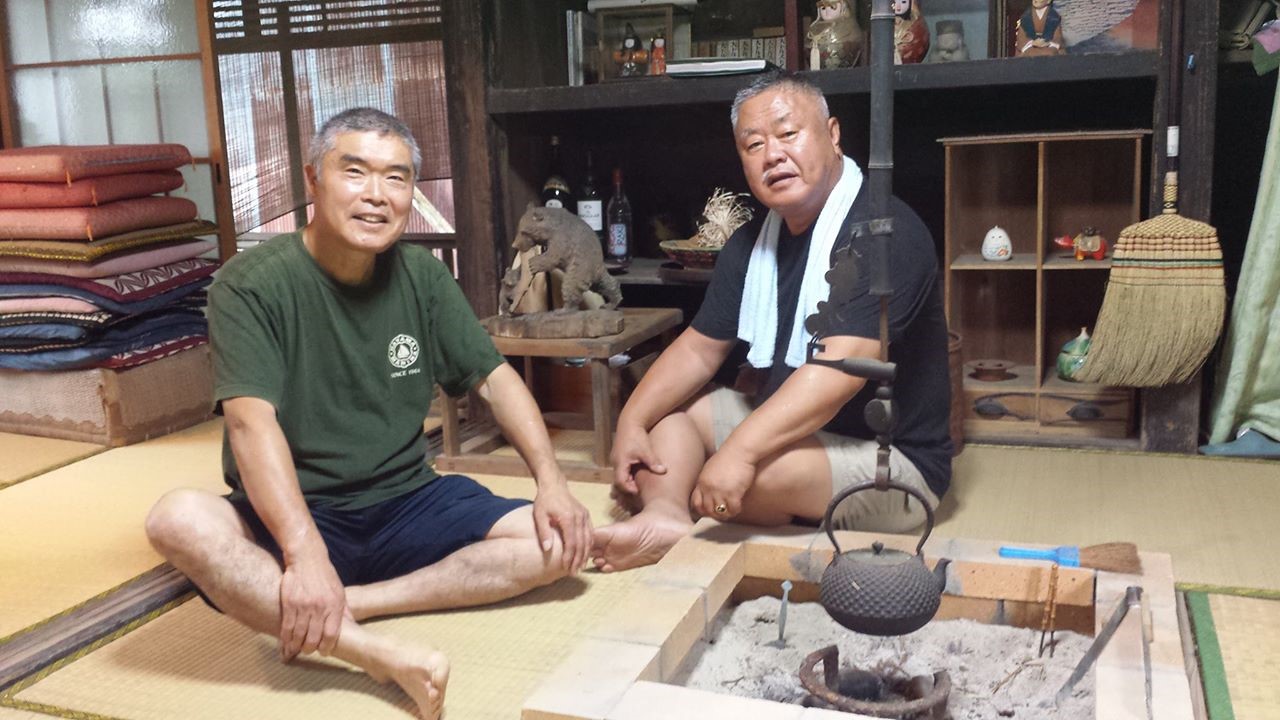 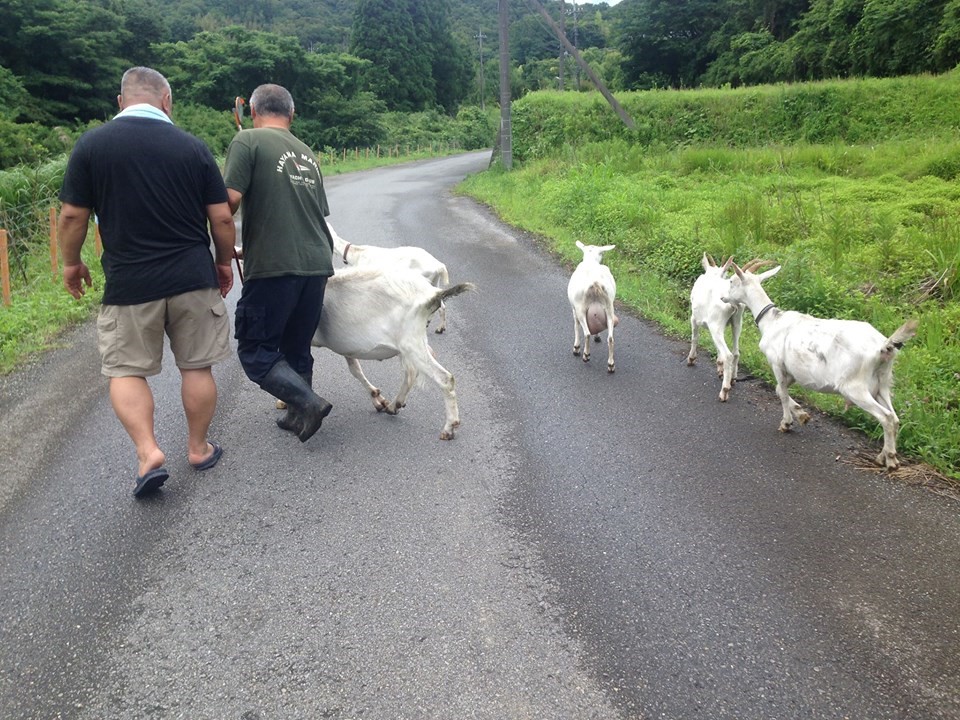 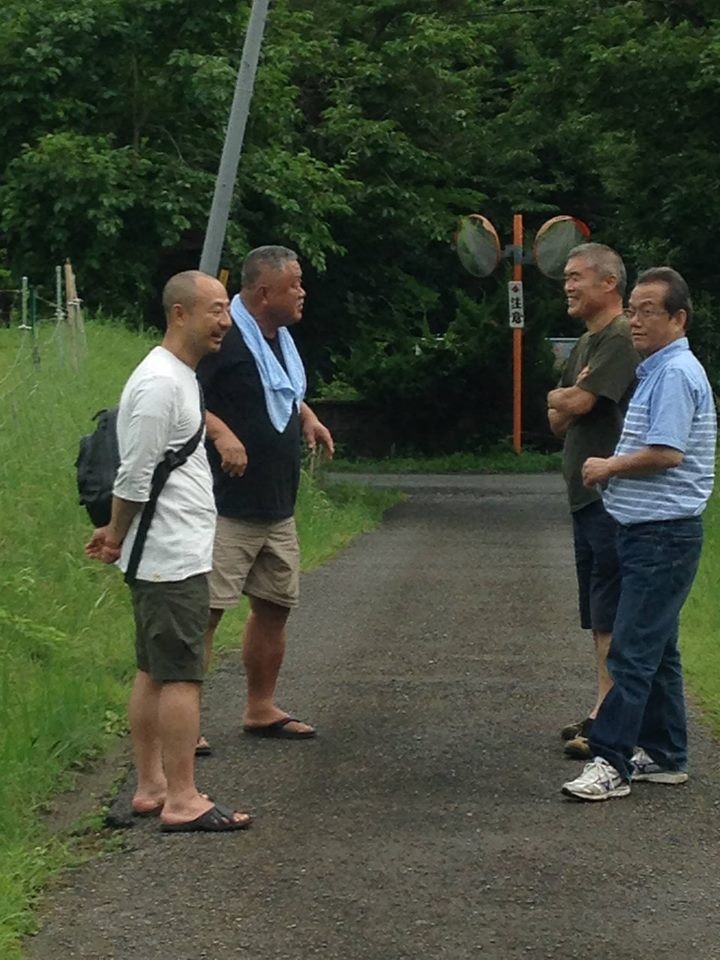 Site visits were also conducted proactively during my stay in Japan, including visits to Mr. Yamagami, a former consul at Denver Consulate-General office of Japan, and his rustic house on a mountain and to Mr. Mitsui, a former Consulate-General of Japan in Denver and his home in Tokyo which was under renovation to convert parts of his house as a hostel.  Unlike their working years as diplomats to have traveled all over the world, both are enjoying their golden years as they please.  Both have been supportive of AHAN Nippon Kan for a long time, and they have willingly accepted a request to offer words of wisdom and advice for the future of AHAN Nippon Kan in Japan. 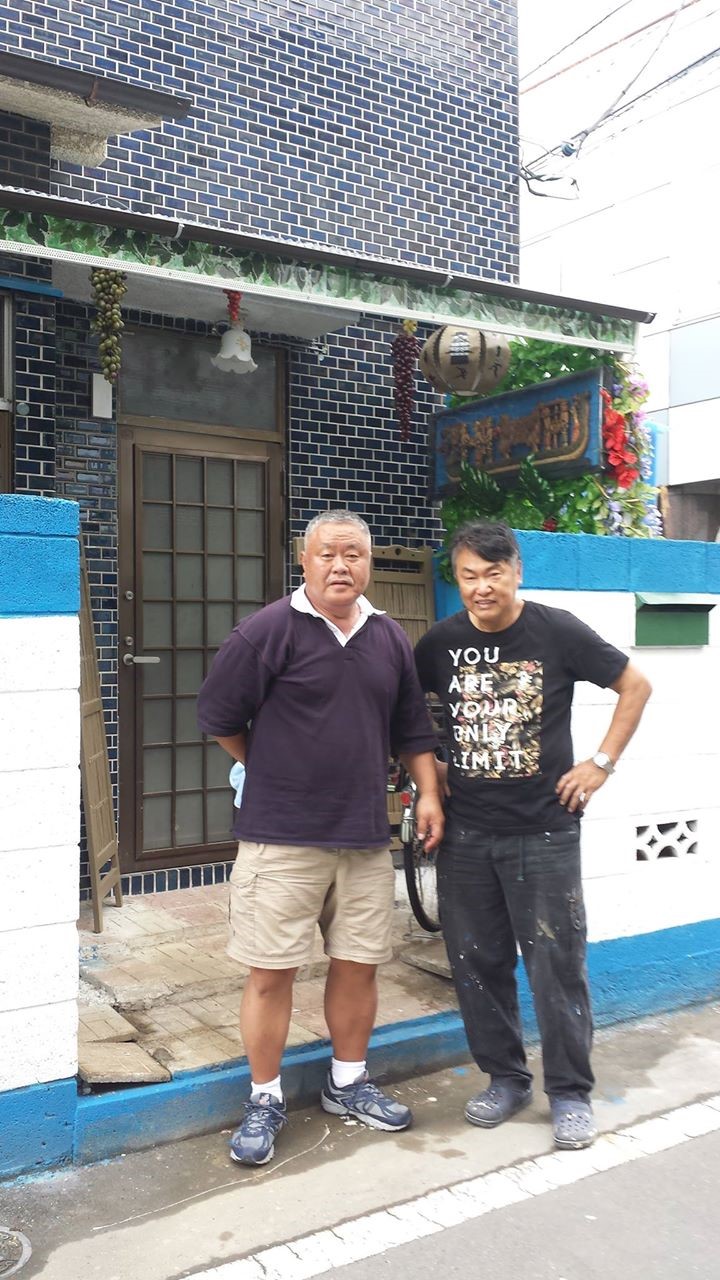