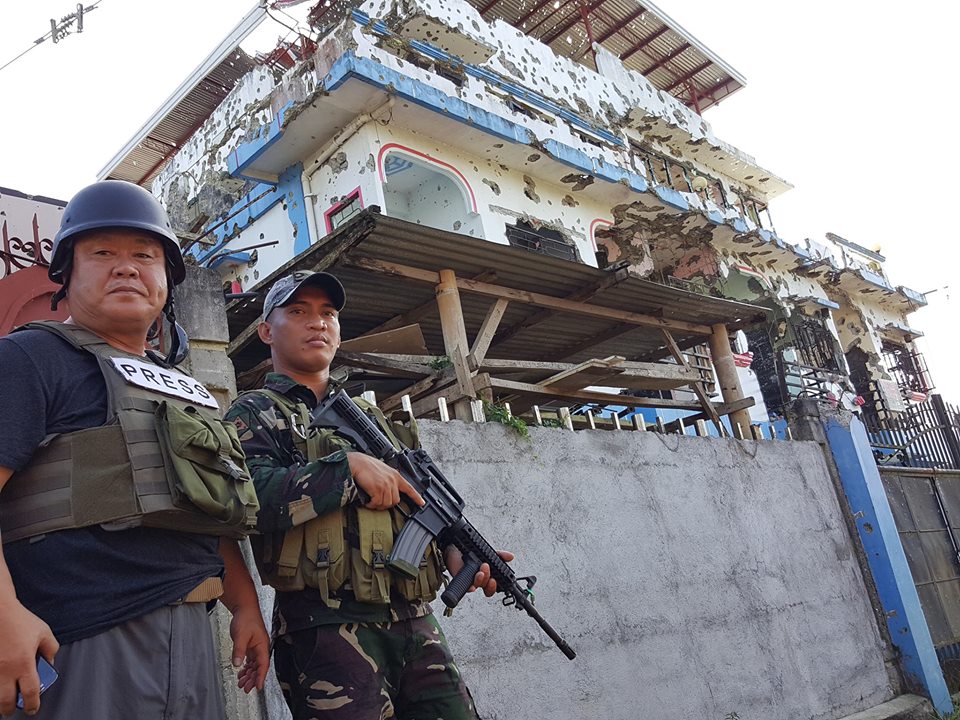 In May of 2017, what will be known as the Battle of Marawi erupted in the city of Marawi, Mindanao, Philippines.  The battle between Philippine government security forces and militants affiliated with the Islamic State of Iraq and the Levant (ISIL), including the Maute and Abu Sayyaf Salafi jihadist groups has produced nearly 2,000 casualties and thousands of refugees.

Despite the current President Rodrigo Roa Duterte’s hands-on efforts to even have visited the region in an attempt to broker a peace deal, the situation saw little improvement, and it was reported the decision had to be made especially after some intelligence reports confirmed interventions by foreign dangerous elements.  However, conflicts that have recurred for a long time in the region seem to be a product of an intricate balance among those who seek to obtain the rights, powers and privileges, those who keep holding onto the rights, powers and privileges and those who try to read the power balance of the two players so as to maintain what they have for their survival;  the triangular intricacy is as if “clouds in the sky that constantly change their shapes”, and as every side has its own seemingly valid argument, it’s extremely difficult, if not impossible, to unilaterally judge the situation in a certain way.  If I were to do so, I would feel as though such would be out of naiveté rather than out of prudence. 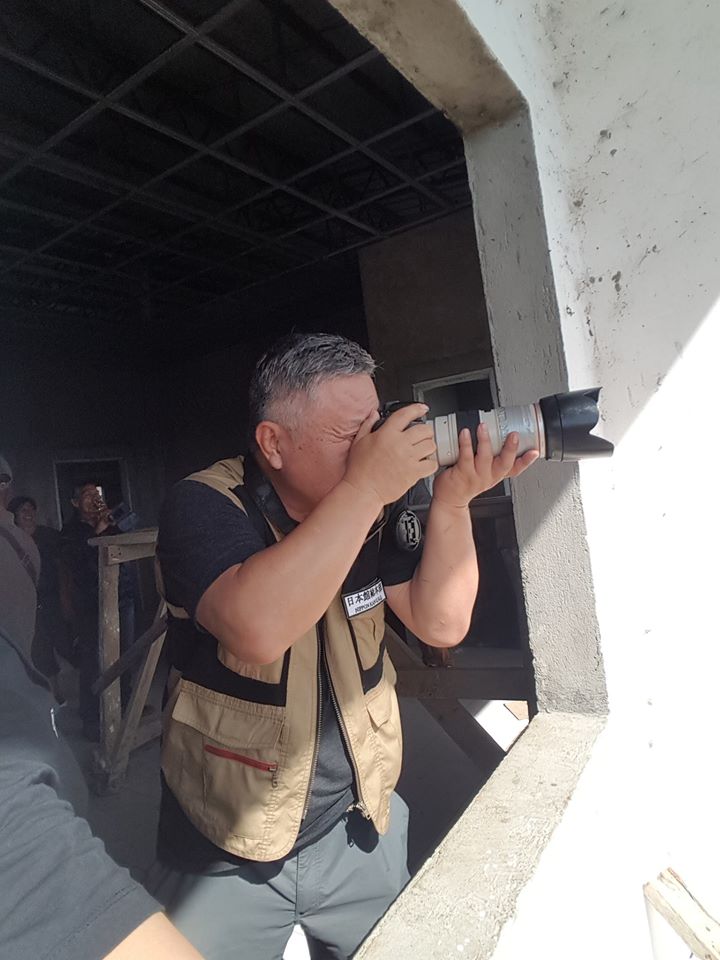 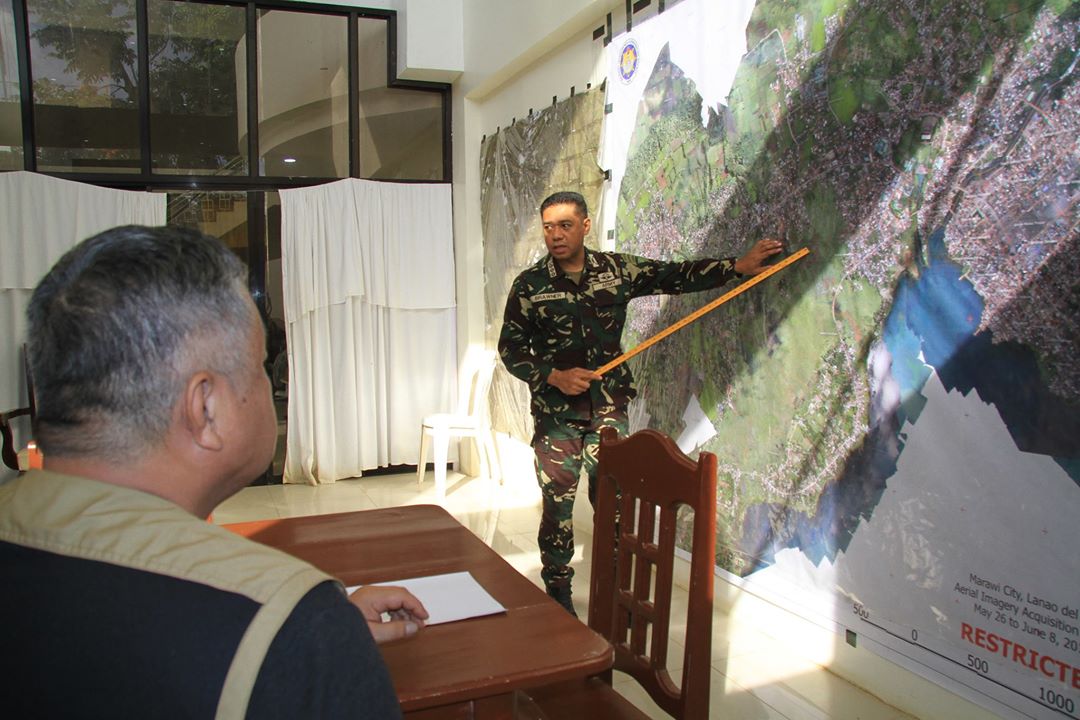 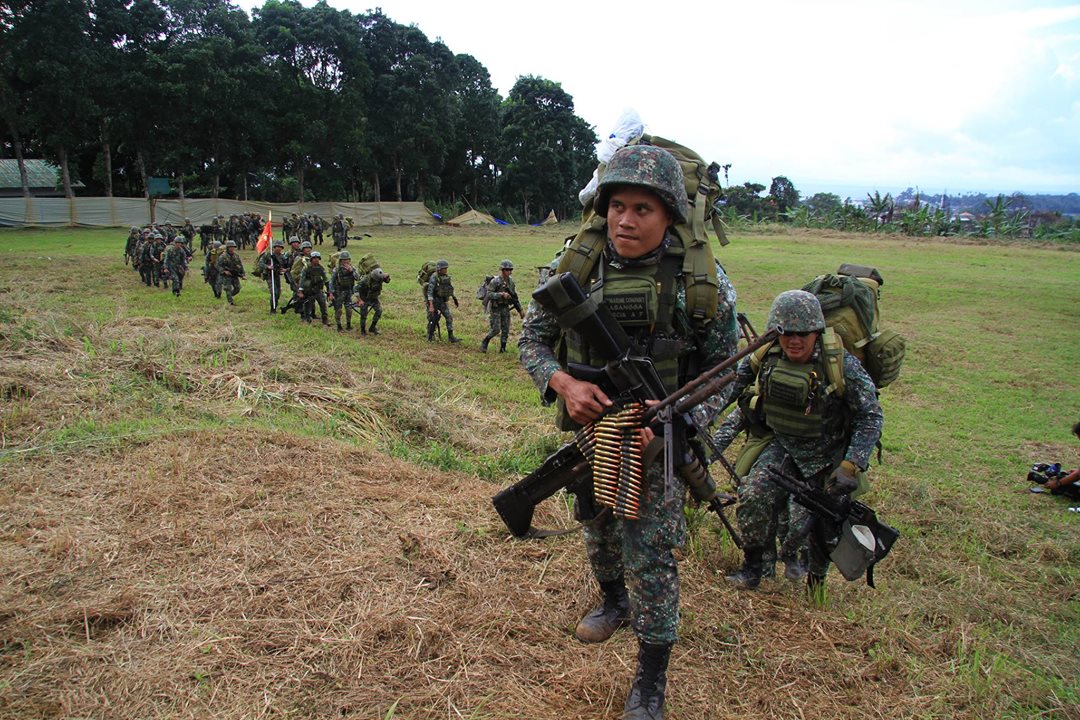 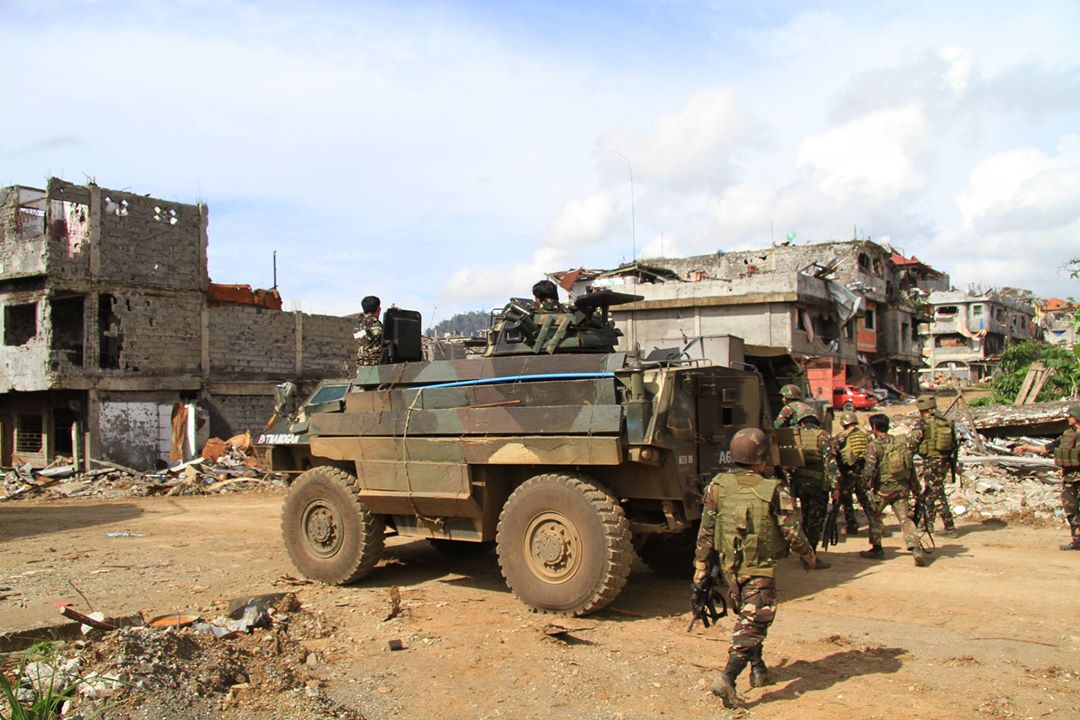 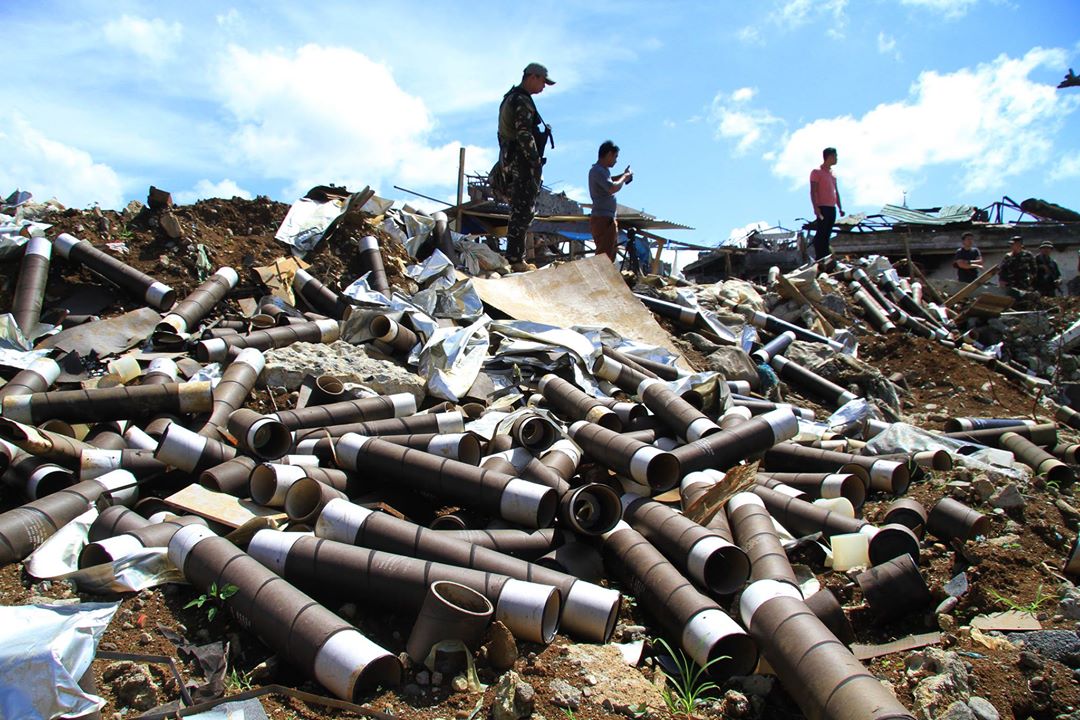 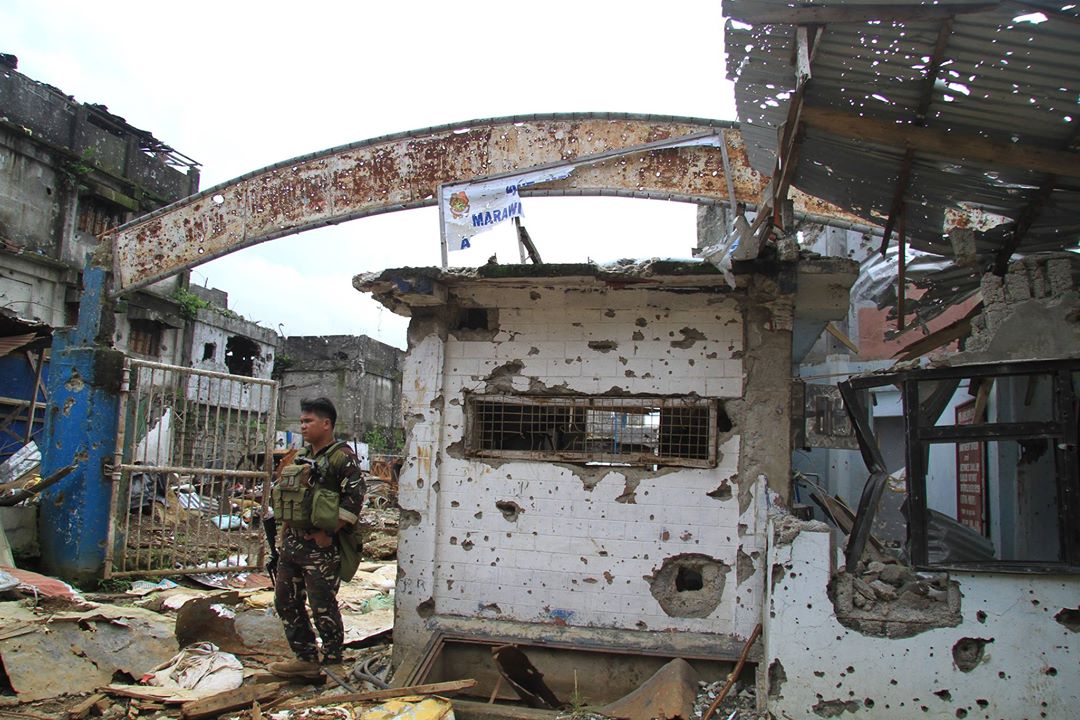 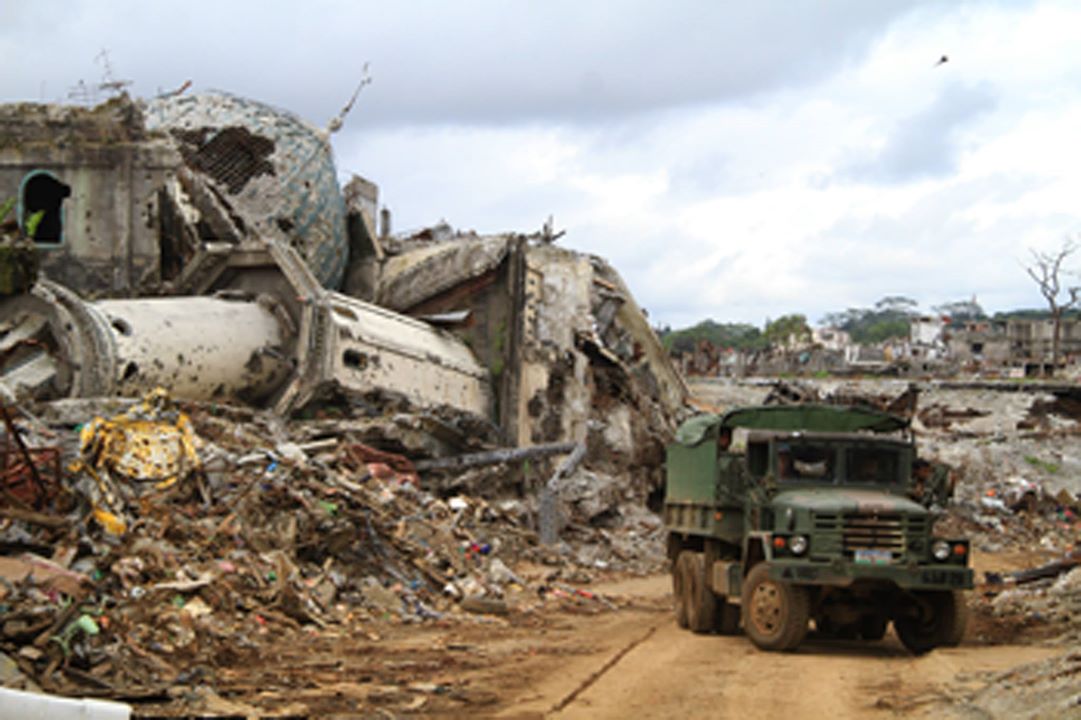 Many well-known analysts and journalists have documented and produced a countless number of reports about the state of conflicts in detail from different angles.  While these reports almost always capture the results of their investigative efforts before proposing a set of preventive measures that are aimed not only at preventing the same conflict from recurring, but also at improving the overall situation as a whole, perhaps rather unilaterally instead of holistically.  These reports, often funded by the government, however, seem to have been used as a resource to reformulate counter-tactics by the other side.  Would it be too much to think that a prudent action would be for all sides to come closer not only to start developing the tolerance against one another but to seek a common ground for all?  As AHAN has been providing humanitarian support activities for the needy and vulnerable irrespective of which side they are of and may support, it’s AHAN’s true wish that the constant need for humanitarian support activities will diminish in the region sooner than later. 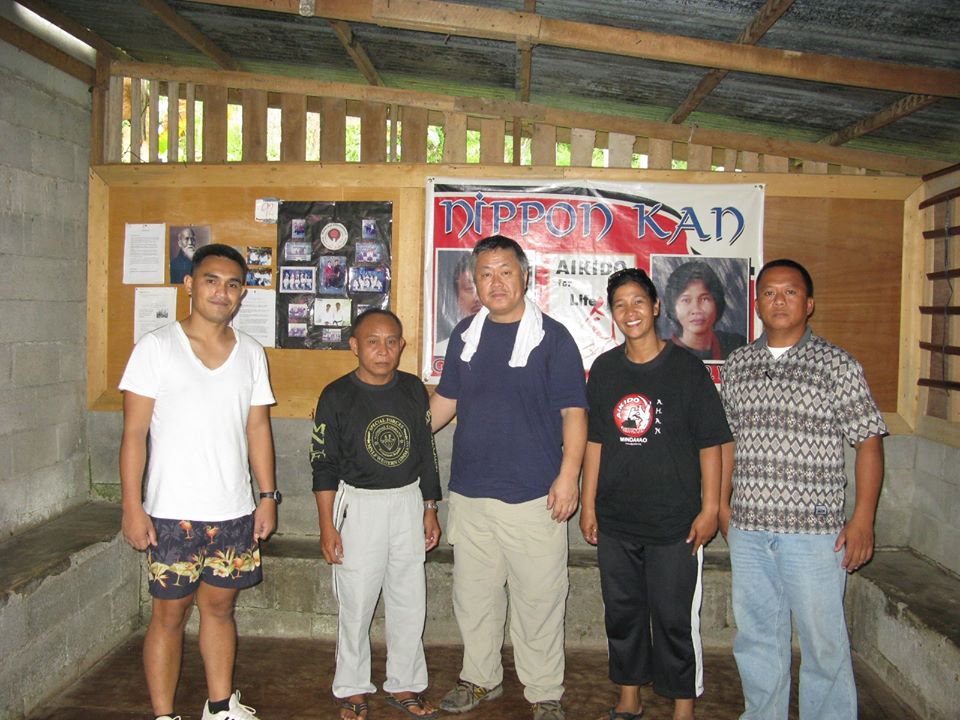 There is a small Nippon Kan Aikido Dojo in the region.  The Dojo used to be led by a gentleman named Corais Macarambon, who had assumed the positions of the General Commander of MNLF and of an intelligence officer of Philippine Military in Marawi city long before the Marawi Siege erupted.  Around 2007, then General Corais started teaching young radical Muslim men to change the way of thinking from radicalism to that of a more peaceful approach through the practice of Aikido.  Then General Corais had been influenced by the Captain of a U.S. Special Forces unit stationed in the region, an Aikidoist himself, while the two had developed a trusting relationship.  And, although his details must be omitted, the Captain is a student of mine who has completed an uchideshi training at Nippon Kan’s U.S. Headquarters Dojo. 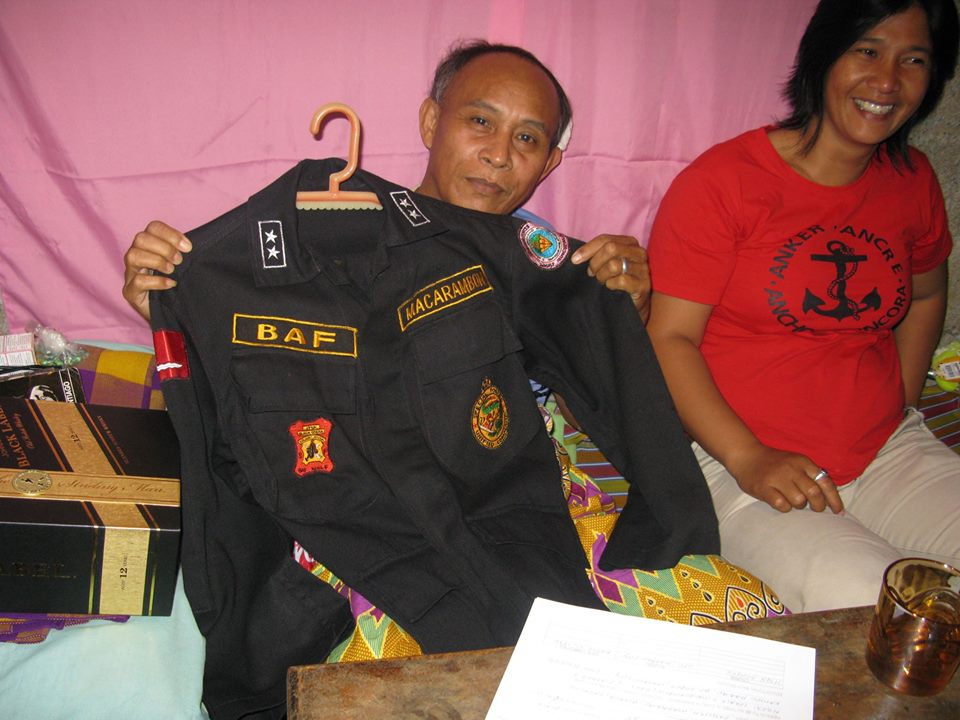 The General Corais and his students only had practice attire that resembled the look of a proper Keiko-gi, and the skill level of Aikido they had practiced was modest.  For my first visit there in 2007, their small Dojo had an un-proportionally large banner that had my face and the face of the local regional instructor, Ava Yancha sensei, and I must admit it was somewhat too much and I remember feeling embarrassed.  After several visits to his small Dojo, I realized that what then General Corais had been seeking for in the practice of Aikido was the spirit of non-conflict, which is the foundation, the premise of the martial art of Aikido.  While then General Corais had been a fine military person, he had changed not only to be an advocate for an approach of anti-force and peace negotiations, but to start wanting to teach a Japanese budo of Aikido to young men, who were growing to be more radicalized, to change their view of the world and their thinking.  Then General Corais must have known that his initiatives would put his life on the line.  In fact, during my visit in 2009, he was shot by members of a radicalized, Pro-Islam group; he was shot 3 times and one of the bullets dodged the temple of his head only by 1.0 centimeters and another bullet went through his ankle.  I remember I brought medicines to him when I paid him a visit. 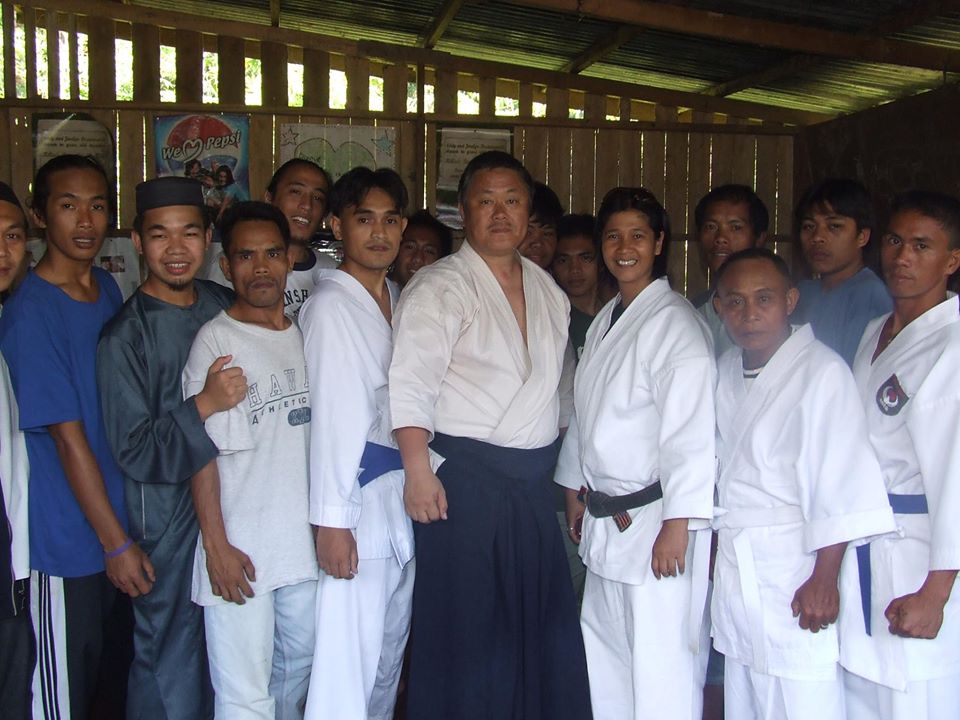 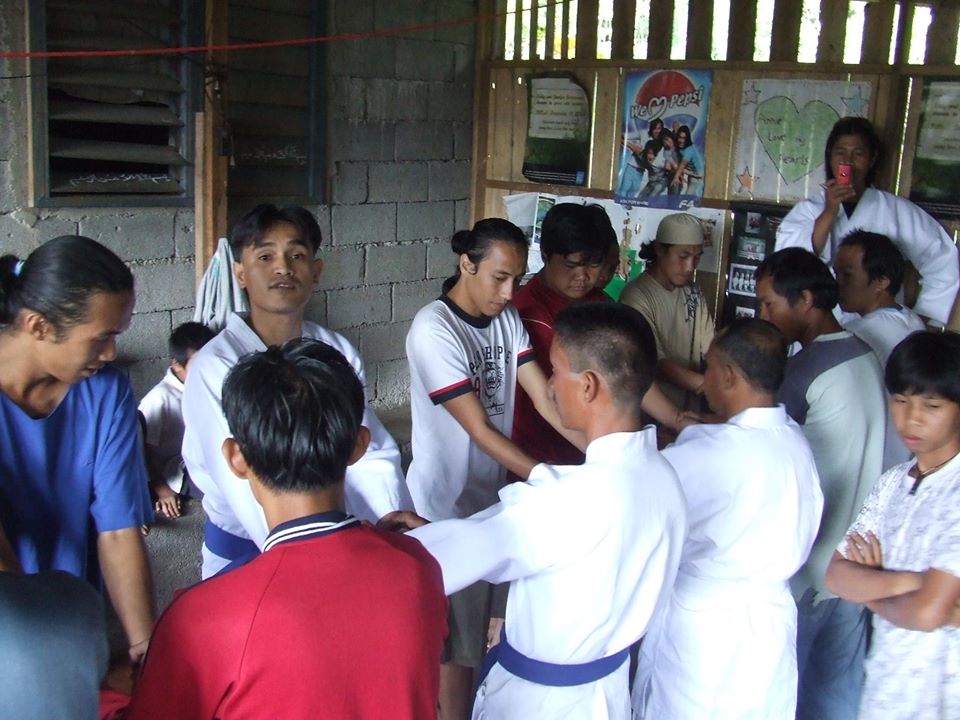 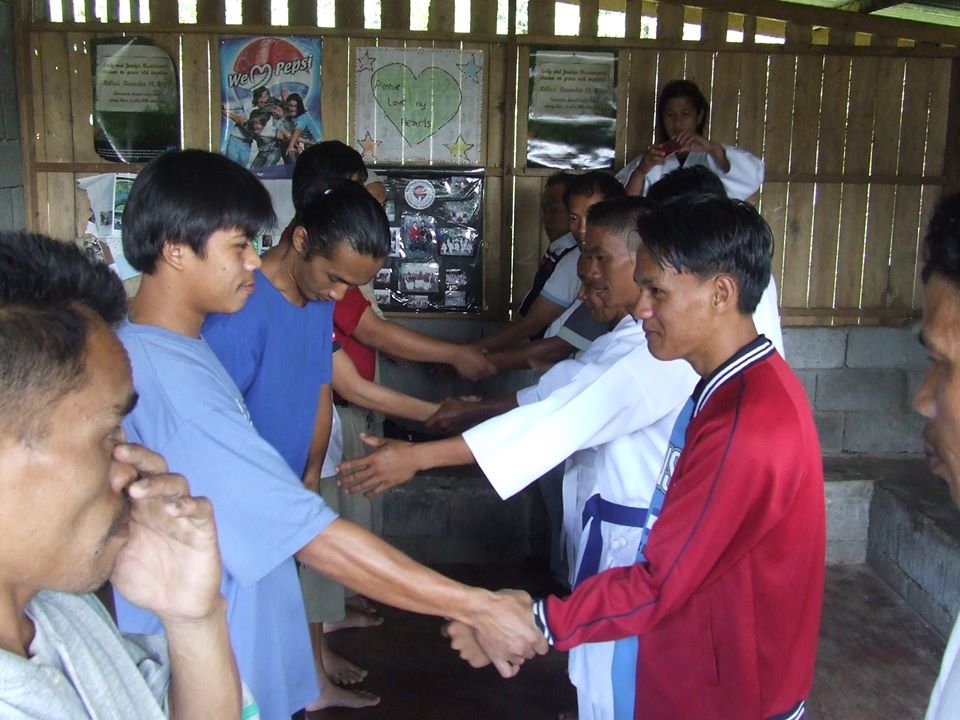 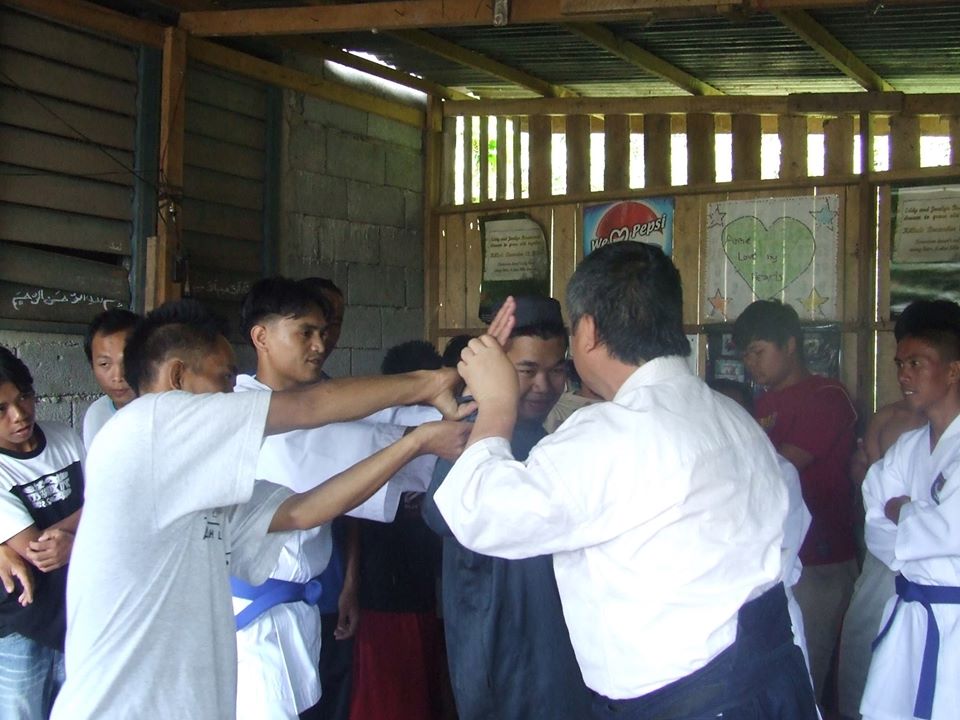 Then General Corais had lived through his dramatic life in his hometown of Marawi before passing away from a kidney disease in August of 2017, after the peak of the Marawi Siege had passed.  Although his burial site was not immediately known as those who had buried him could not easily be located due to the ongoing chaotic aftermath of the Marawi Seige, we were able to track it down.  We had planned to build a stately tombstone made of concrete that is worthy of his life, but we had to postpone the plan unfortunately because the regional situation is still unsettling and because of a real possibility that his tombstone could be vandalized by those who still remember and label him as “a person who had been in their way”.  The commitment from me and Ava Yancha sensei to “the spirit of our student who has fallen” remains strong and unchanged, and there will come a day when his tombstone will be erected. 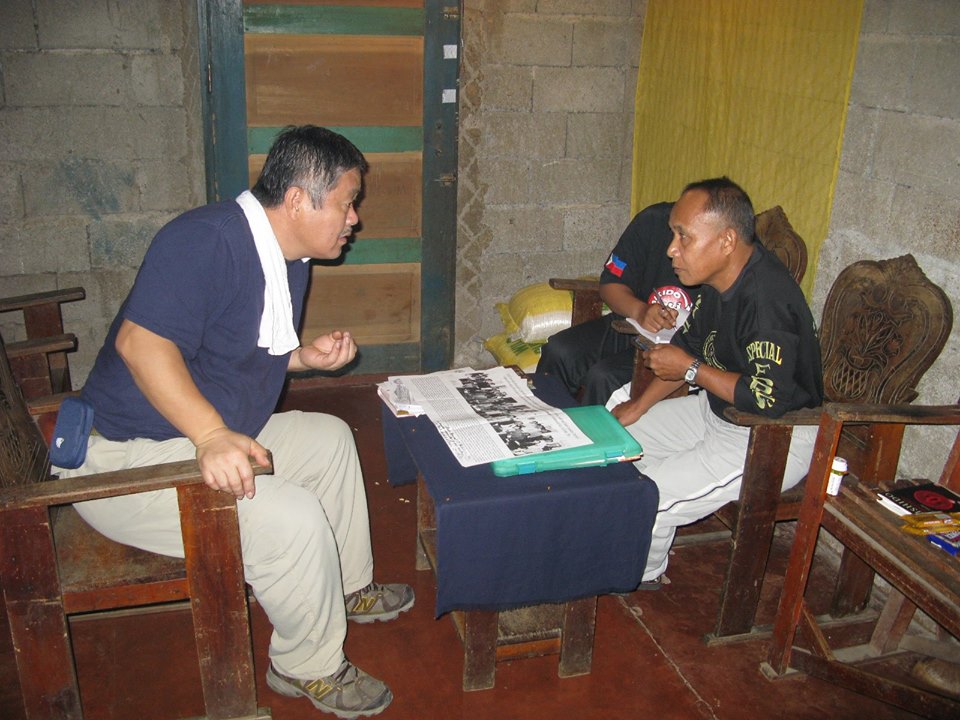 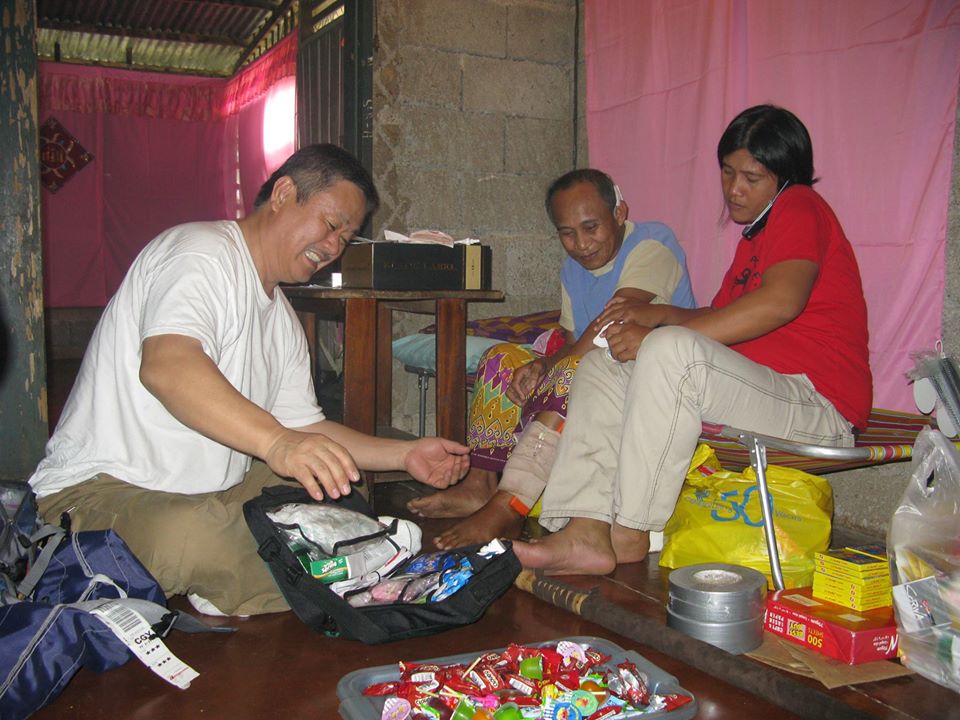 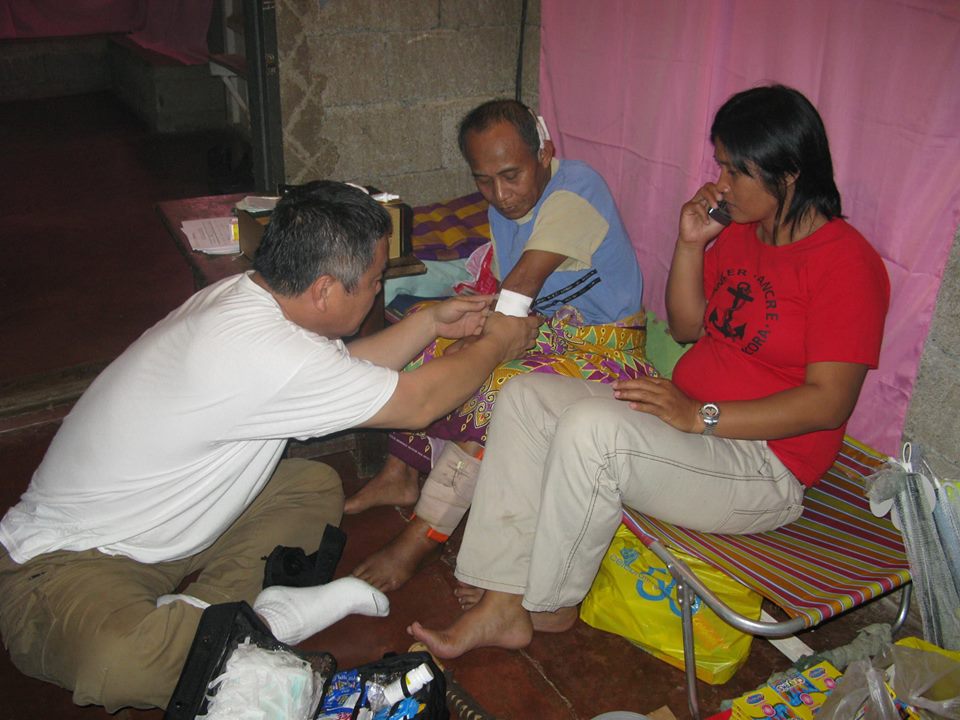 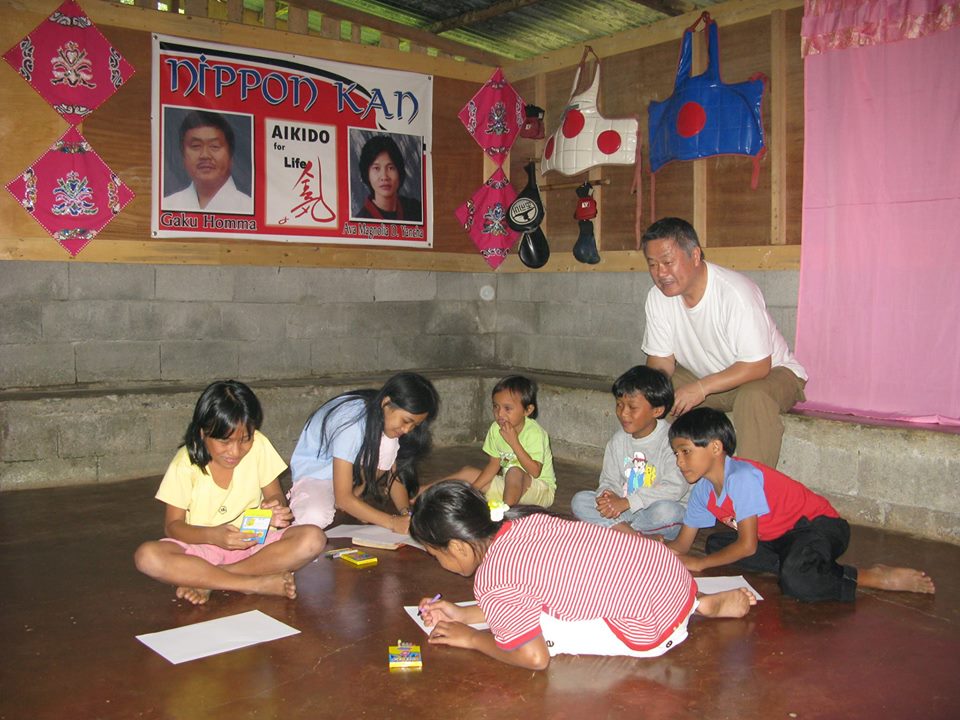 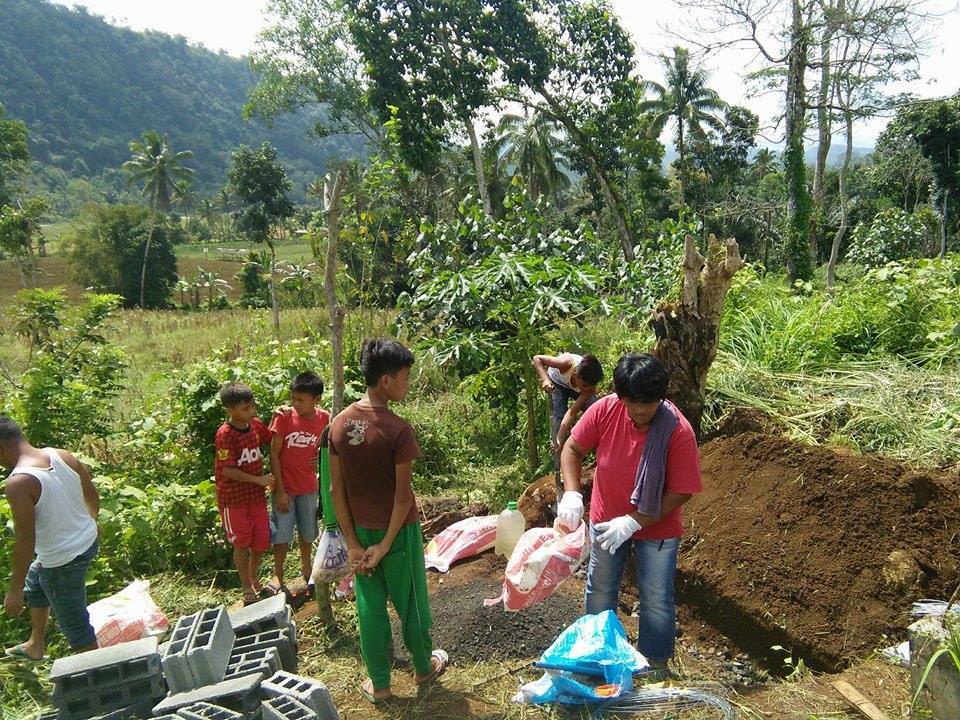 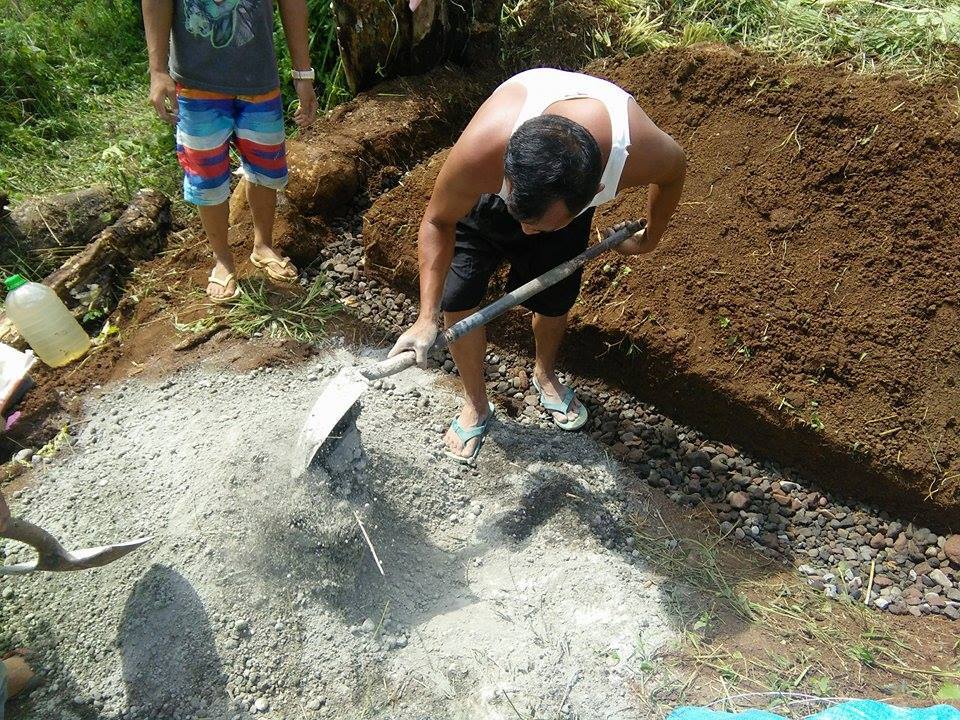 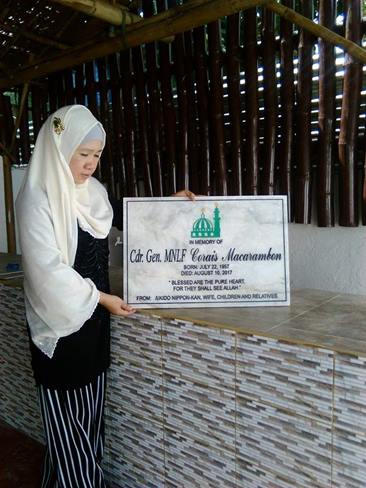 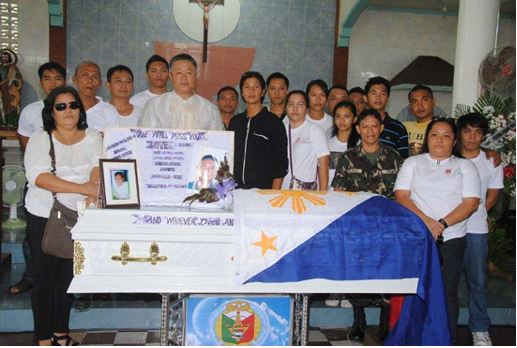 It was in July, 2013…  Major Welmer Pagenta was a driver and a private security guard during my visit to the city of Iligan, and he was a quiet man.  We enjoyed each other’s company at night with glasses of rum in our hands.  He was not only a dedicated Aikidoist who did not miss any practice, but a regular volunteer for Mindanao AHAN activities…  I was later told it had been a rainy day.  He was helping at the construction site of AHAN Support Center, aka the New Life Center for the Badjao Tribe before he threw his leg over a motorcycle to go home.  Before he took off, he said, “It’s my birthday today.  I need to get home quickly.”  Just outside the city’s urban area, he was caught up by another motorcycle, and as the motorcycle passed him, he was shot 3 times…  He was able to come home on his own, albeit in a serious condition.  He left our world 9 days later at a local hospital.  He had dedicated his life to his community not only by serving in the military, but by helping and mentoring young men; in fact, he was a well-known full-time volunteer in the region after he had retired from the military.

I found myself in awe and speechless during his funeral.  I was very impressed not only by the many people who had come to his funeral, but his career achievements.  As a military person, not only had he been dispatched to many different countries as a member of the United Nation Peace Keeping Forces, he had also served 3 presidents of the Philippines as a member of Security Service for the Philippines’ President’s Office.  While I had spent long hours with him and enjoyed his company very much during my stay in Iligan city, he did not say even a word about his flamboyant and honorable career he had fulfilled.  During my stay to bid him farewell, the suspect got arrested, but the suspect turned out to be just a hitman who had been hired allegedly for $500 ~ $1,000.  The culprit is still at large, and the culprit may or may not be a follower of specific religious beliefs that may be the same as Welmer’s own, or the motive may not have been religion related at all, and the culprit may be an individual or an organization that may have felt undermined by him previously.  The level of intertwined complexity seems to remain persistently as the most dire problem.at the core of the continued conflicts in the region.

It was in January, 2005…  Apok was born and raised in Marawi in a devout Muslim home.  She was a university student with full of dreams, but it was in January of 2005 when 2 bullets put holes in her stomach.  She still has scars from the wounds in her stomach and on her back.  She was shot while she was in a car, and the driver and the other passengers were also shot and sustained gunshot wounds.  Luckily, neither her wounds nor the wounds of the others were deadly; however, they may not have survived if it was not for the protection of the vehicle they had been in.  This is a recent comment from Apok (verbatim): “The reason I was shot false alarm and while the CAFGU was hunting bad elements mean Rido (family feud problem)  from other family i was a young  girl that time, I kept myself busy doing things on how to achieve my goal in life. But all of a sudden that accident happened in a glimpse of an eye and everything changed. My life now is far away different from what I’m dreaming of.” 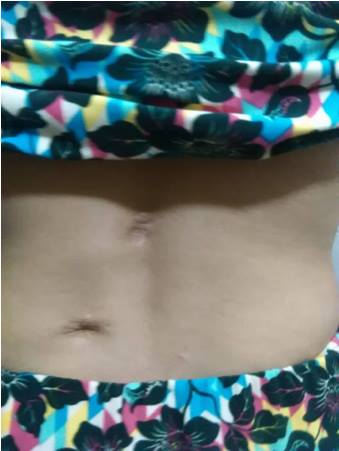 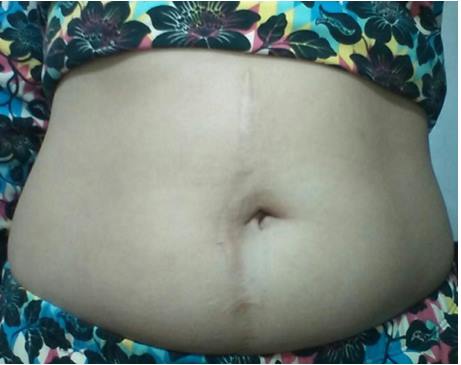 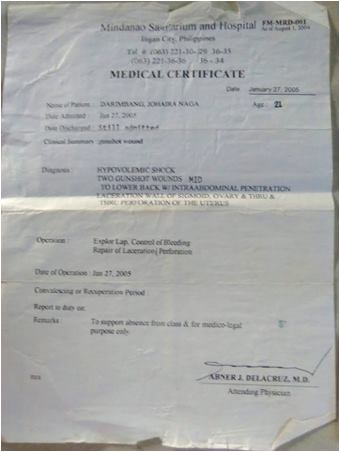 The CAFGU (i.e. the Citizen Armed Force Geographical Unit) was not only targeting various groups of Muslims, but the members of their own group if it would benefit themselves somehow; it was described their operations were akin to purging of anybody in their way.

She read a book by the Founder of Aikido during her recovery and became interested in Aikido.  She started to come to Mindanao AHAN Education/Learning Center, aka Mindanao Aikido Nippon Kan in 2007.  Although she cannot practice Aikido on the mat because of certain sequelae, i.e. physical difficulties that she has sustained from the gunshot wounds, she has been living at the Dojo for the recent years to play a key role as an assistant to Ava Yancha sensei and for AHAN activities.  I very much appreciated her help during my recent stay in the region as she made sure everything was fine with me.  She is still in need of more specialized, costly treatments.  AHAN has been discussing how AHAN could support her recovery process going forward. 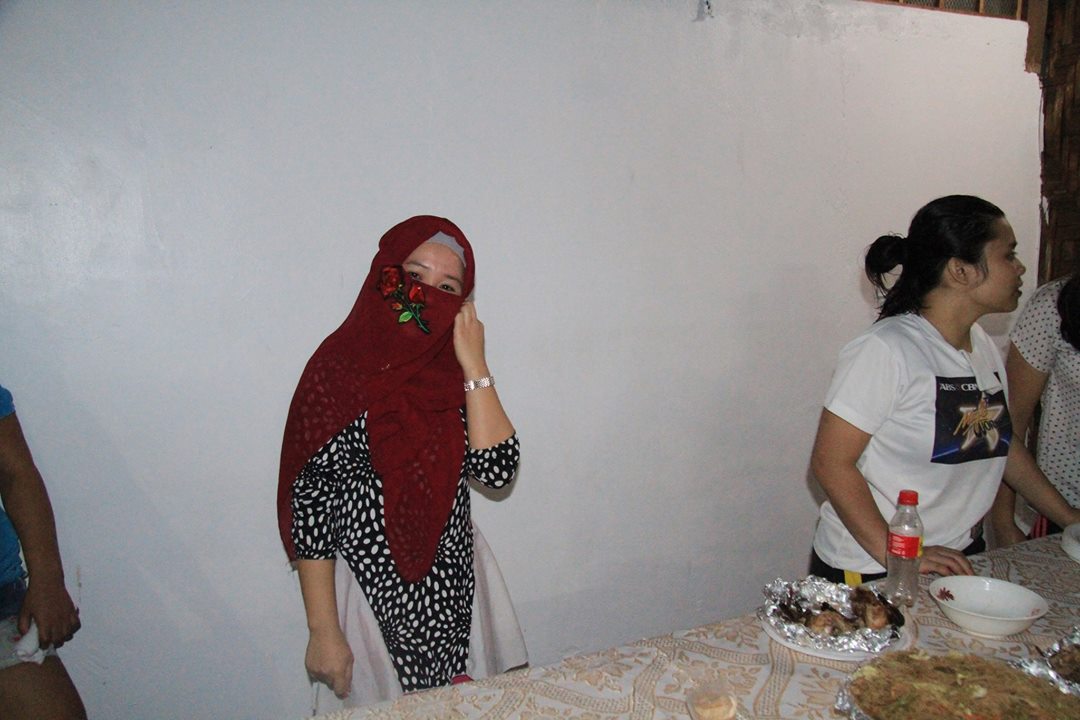 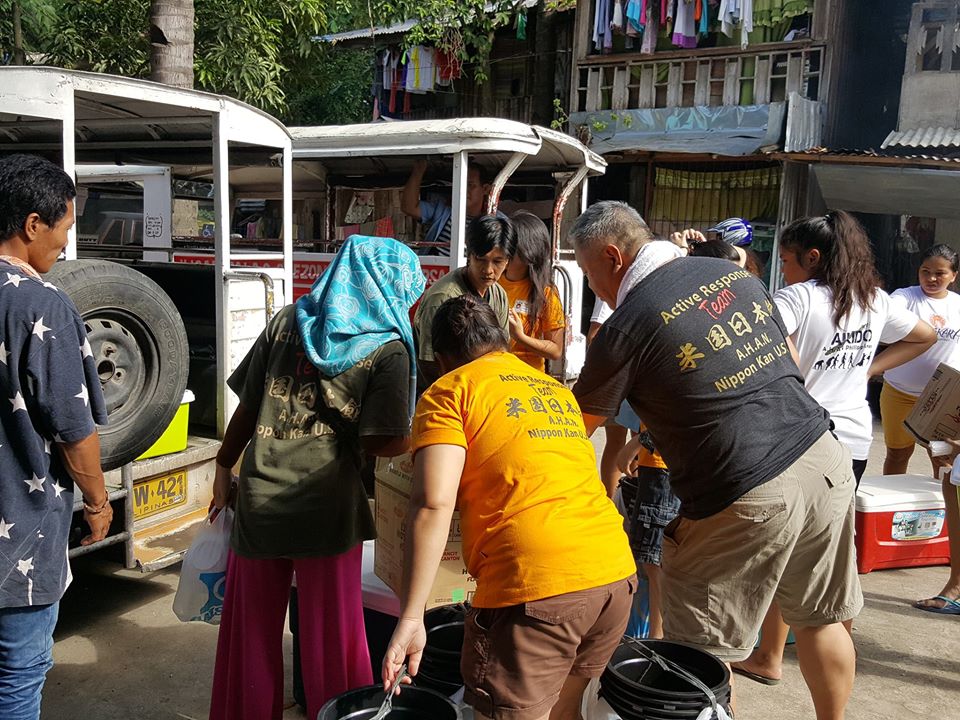 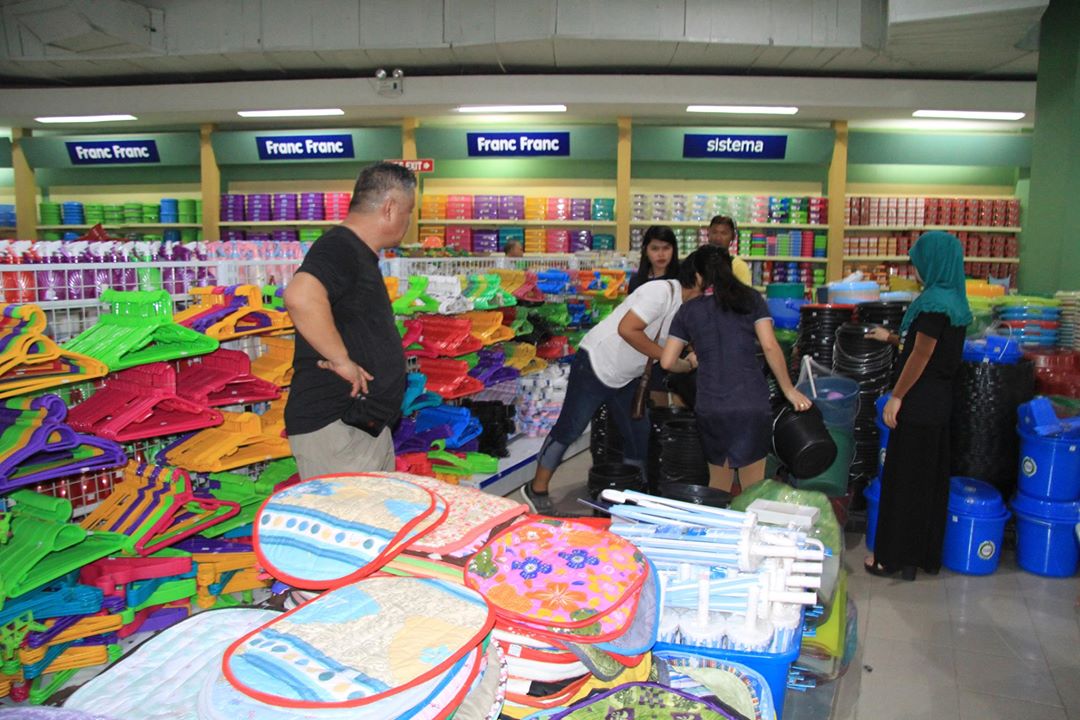 The buildup up of highly explosive emotions and frustrations by all sides seems to have further worsened the conflict that has been going on since 1970’s, and this region has undergone multiple, repetitious rounds of conflicts.  I cannot help wondering what these 3 people, who had been forced to spend their lives in such an abnormal regional environment, saw in the Japanese Budo of Aikido and what of Aikido they had found so fascinating.  Perhaps, the true meaning of the collection of moral stories by the Founder of Aikido is meant especially for people like these 3 persons who have lived through such tragic time and space; the essence of the moral stories by the Founder of Aikido may be better understood by them as a shining, guiding star.

I cannot help reckoning that what people with horrific life experiences may see in the moral stories by the Founder of Aikido is something so heavy, invaluable, precious that no instructor who just meditates within the boundary of a dojo, who just speaks empty peacefulness without much substance and who just throws around non-resisting students on the mat can or will ever grasp the value of.

Mindanao AHAN has been and continues to play a vital role in the region that it’s part of, and I look forward to continued efforts by Mindanao AHAN led by the local coordinator Ava Yancha sensei to help those who are in need of help for the betterment of the community.

AHAN Nippon Kan extends our gratitude for the cooperation by the Philippines Army for support me and local AHAN staffs with the access to restricted areas.