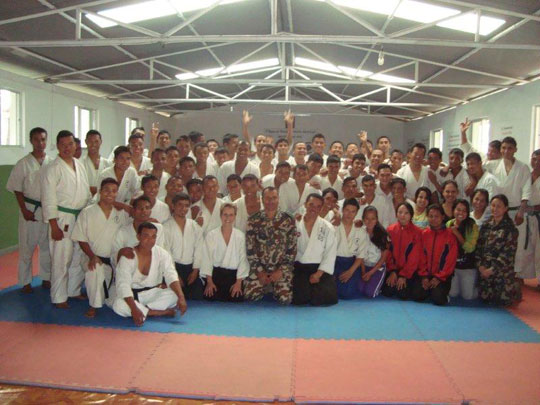 Over the last six years, under Homma Kancho’s guidance and support, Nippon Kan Aikido has become an important part of basic training for the Nepal Army Rangers troops throughout Nepal. Currently there are generations of instructors who now assist Chief Instructor Rajesh Bista in the training of literally thousands of young cadets as part of their Nepal Army Ranger basic training.

At the end of October 2011, I, arrived in Kathmandu, Nepal to spend a few days training with the Nepal Army Ranger cadets stationed in Kathmandu. 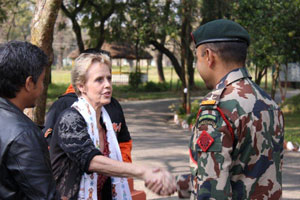 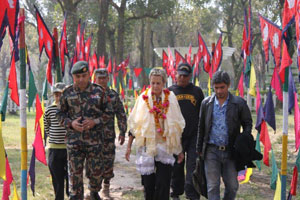 I had originally been scheduled to visit the Bilay House Orphanage construction site in Ta Ko Lang, Thailand, but due to historic flooding in Bangkok, plans were changed at the last minute to visit Kathmandu instead. With very little time to prepare, the Nepal Army Rangers went to a great deal of effort to provide a most gracious welcome, and an organized schedule, executed flawlessly with great attention to detail.

The reception by the Nepal Army Rangers was close to overwhelming. With very short notice, Ranger students and staff organized a reception that included the customary Ranger welcome where all soldiers lined the sides of the path bestowing wreaths of flowers. The day also included a facility tour, power point presentation and demonstrations, and an outdoor lunch. The ceremonies were overseen by Commanding Officer LTC Anup Jung Thapa and were an unbelievable honor.

All of this effort, was a demonstration of respect for Nippon Kan and a display of the highest regard shared by the Nepal Army Rangers for Homma Kancho, who for these soldiers, is the founder of Aikido in Nepal.

Practice was held over two days and classes were taught in shifts to accommodate all of the cadets present. Everyone was a little shy at first: this being the first time they had ever had a female Aikido instructor but it wasn’t long before there were smiles all around and everyone seemed to enjoy the rigorous hours of practice. 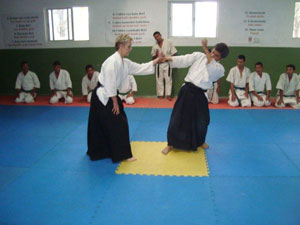 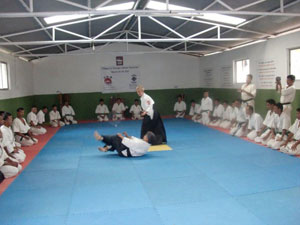 Many thanks to Homma Kancho for the opportunity and to Lt Colonel Thapa, Rajesh Bista and Sgt. Dhan Gurung for their unbelievable kindness and hospitality. It was an experience I will never forget and part of my heart will forever remain with the wonderful young men and women who are the Nepal Army Rangers.