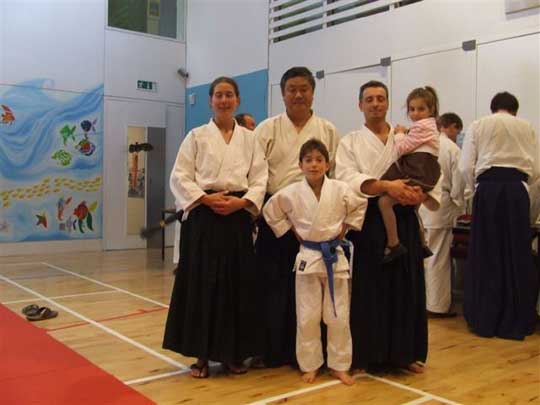 Homma Kancho taught at an AHAN Fundraising seminar in Dublin, Ireland in mid-October, sponsored by Aikikai Ireland AOI (Simone Chierchini Sensei http://www.aikikai.ie/) to raise funds for a student operated second hand community store in Sligo where Simone Chierchini Sensei is based. The purpose of the second hand store is to support the community with low cost goods and also serve as a source of support for dojo operations there.

The seminar was held at the Dublin Technological University and the Donore Community Center with about eighty students in attendance. Homma Kancho was accompanied by Nippon Kan Headquarters instructors Carl Finney and Jason Lowrey. 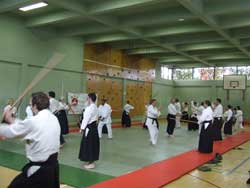 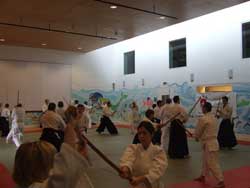 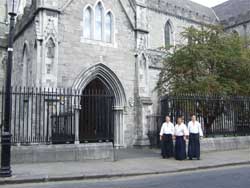 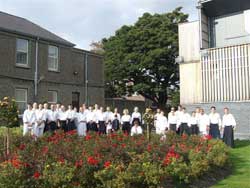 After joining the European Union, many immigrants moved to Ireland, and growth especially Dublin has exploded in recent years with the influx of many different peoples and cultures. Dublin has grown quickly and seems to suffer from some of the problems that come from a massive influx of new residents in a short amount of time. Homma Kancho commented “Last year we held our seminar in the countryside of Northern Ireland and it was a wonderful to experience the country peoples of Ireland. Dublin is a fast moving city and does not have the feeling of safety that the countryside provides. They say the cities in America are dangerous, but at least in the United States people acknowledge each other and say hello on the streets. Here, people do not even make eye contact.” Aikido is relatively new in Dublin and we hope that Aikidoka in Dublin will be able to find ways to promote Aikido as a way for its many people to come together in practice.

On our last day in Dublin we were invited to the Lemongrass Restaurant owned and operated by a Dublin Aikidoka, Mr. Daniel Diago who immigrated himself to Ireland from Cuba over ten years ago. Mr. Diago has opened up 22 of his Lemongrass Restaurants and is doing well with his innovative cuisine. Said Mr. Diago: “I first left Cuba for Russia before I came to Ireland. When I first arrived in Ireland the people in Dublin were very kind and friendly. There was an atmosphere of kindness and neighborliness in Dublin that in great part contributed to my being able to succeed here.” I was very impressed with his attitude, especially considering all of the challenges he must have faced starting a new life in a country where the customs, language, weather and foods were so drastically different than his own. We were fortunate to meet such a fine person in Dublin.

Proceeds raised at the seminar were documented and announced by Simone Chierchini Sensei at the seminar closing. Simone Sensei promises to keep us all updated on the progress of this project. Link here to Homma Kancho’s visit to Ireland 2006 and a report from fellow instructor Jason Lowrey. 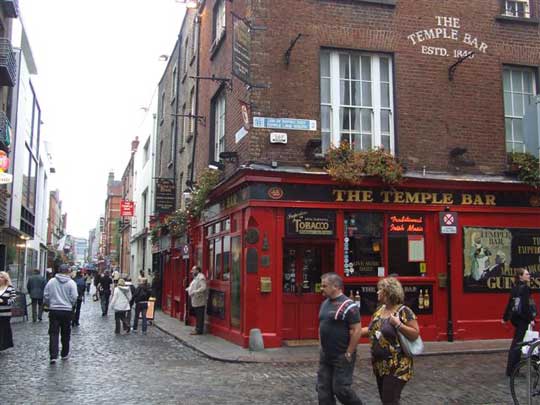 A favorite spot for a Guinness; The Temple Bar, since 1840.