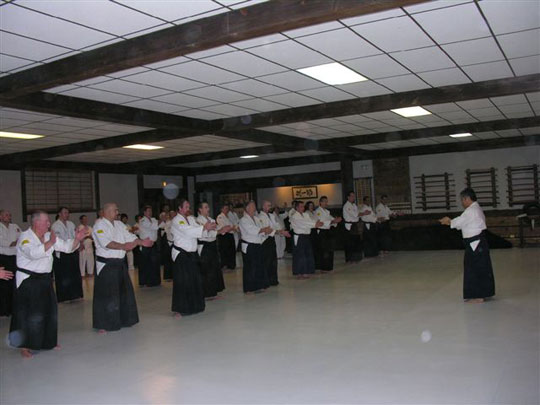 Closing the year with ippon-jime cheer!

Homma Kancho spoke of his thoughts about the New Year, “Since AHAN began, I have had the honor and opportunity to travel all over the world. I have visited many “front line” dojos and seen many things, including the life struggles of the world’s most poor. What I have learned from these experiences has changed my attitudes about ways to celebrate the milestones of life. I am not against celebrations and I encourage all of my students to celebrate themselves after attending Nippon Kan traditional ceremonies. As for myself, I have given up invitations to Christmas and New Year’s parties, cards and presents and large celebrations at Nippon Kan. I do this as my acknowledgment to all of those in the world whose misery was difficult for me to see. I give them my celebrations. This is my misogi.”

On the 31st of December, Homma Kancho celebrated the New Year’s coming with a 5 hour personal misogi ceremony to pray for the children of the world followed by rei sui (the pouring of cold water) in the garden. Only a few uchideshi were on hand to witness. 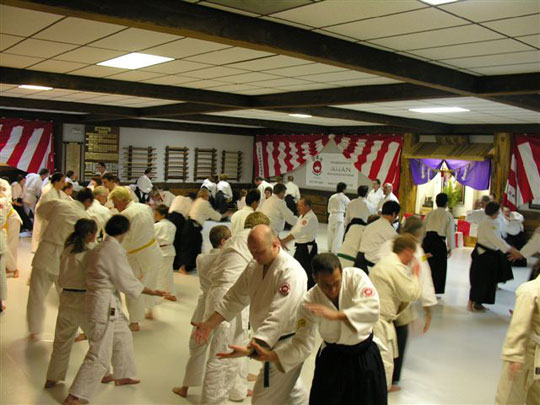 As is tradition, the New Year begins with Keiko Hajime