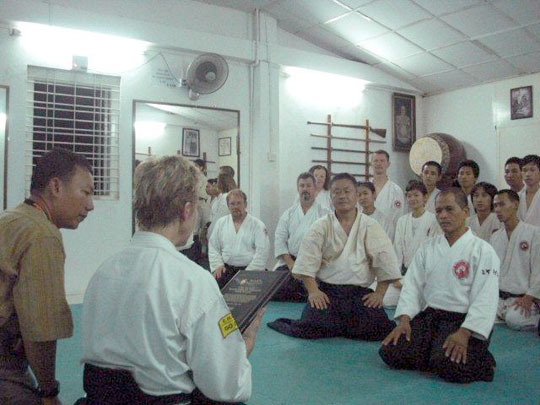 A delegation of six from Nippon Kan Headquarters visited Myanmar Aikikai New Organization, under U Mya Sein Sensei http://www.myanmaraikikai-neworganization.com/aikikaiFile/Brief.htm
at two of their dojos in Myanamar; the first in the capital city of Yangon and the other in the city of Mandalay.

Believing that Aikido in Myanmar should be independent, self-run and self-organized, Sein Sensei left Myanmar Aikikai to form Myanmar Aikikai New Organization of which he is still chief instructor. 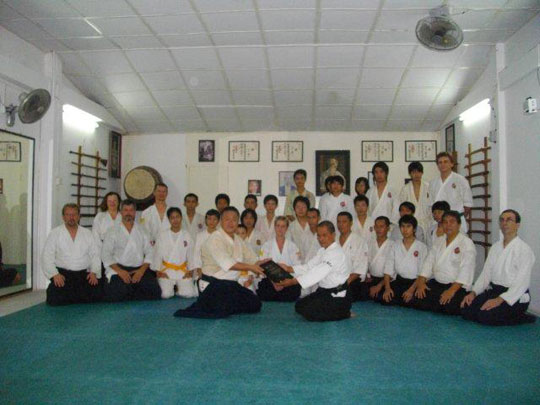 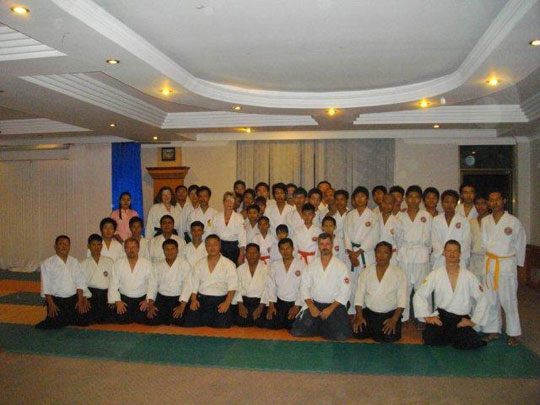 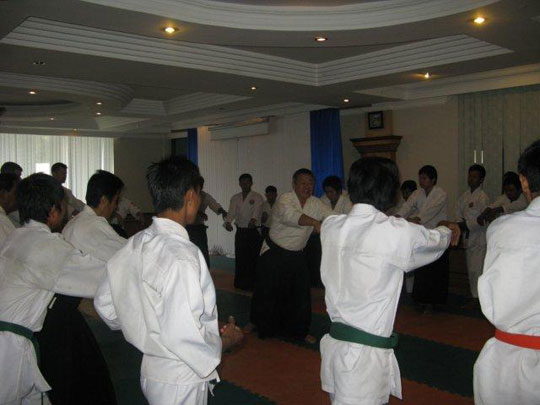 The organization in Japan that has supported Aikido in Myanmar since 2001, has had no relationship with Sein Sensei and his organization Myanmar Aikikai New Organization.

I have always believed that it is critically important to be respectfully aware of every countries history and customs, and respect the direction and development of Aikido in each country the way that is best for the people living there; by their own choosing and in their own time. My wish for Aikido in Myanmar is to grow healthy and strong along guidelines that are defined by and for the people of Myanmar.

The motto for this Japanese Aikido organization is “Harmony for Asian People”. It sounds beautiful, but in practice, this group ignores the long history of Aikido in Myanmar and aims to bend local organization to their own will and purposes. This I find disheartening. It is not only detrimental for people in Myanmar, it is also misleading for the Japanese people that support them; those that believe in the motto of “Harmony for Asia” and do not understand the true motives of this organization. The directors of this Japanese organization should know that some senior Myanmar Aikidoka compare the practices of their organization with the Japanese Army invasion of Myanmar in WWII.
.
At home in Japan, this organization holds fund-raising seminars, golf tournaments and other events asking for public support of its Myanmar operations. Those that innocently support these fundraising events do not know the divisive effects this organization is having in Myanmar; the only thing being raised with these efforts is the organizations own self satisfaction.

Individuals in Japan need to understand what is truly going on in Myanmar before pledging your support. Your support might be involved more with politics than practice, and might do more harm than good.