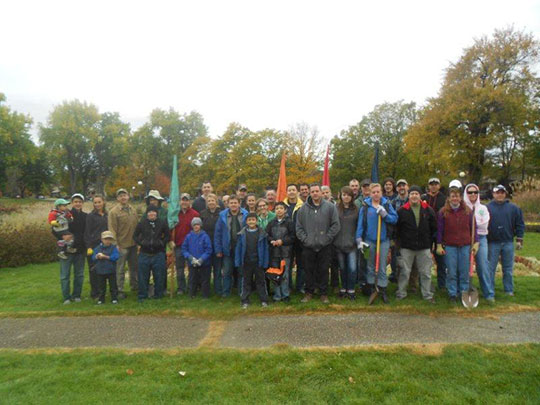 This Nippon Kan Volunteer Project has been a continued tradition for 22 years. Every fall Nippon Kan’s volunteer “army” joins the Denver Parks Department in this city-wide project to turn the flower beds in the Denver City Parks for winter. Removing the plants that are not perennials is a part of the gardening cycle and important for the health of the beds for the following year. Nippon Kan actually started this project at Cheesman Park in Denver over 22 years ago. Nippon Kan’s teamwork was so successful and efficient , our methods were adopted by the Denver Parks Department as a city-wide project for the following year.

I once saw an article in a local newspaper obviously written by someone without much experience in gardening. The photo depicted the beds being turned with the caption SAD underneath! This task of turning the beds for winter is an important part of the cycle and is not sad in any way! 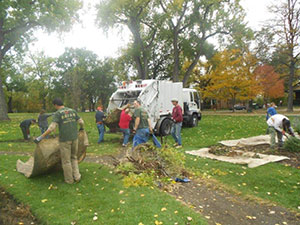 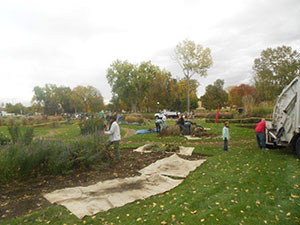 Even as we worked however, I was aware of odd looks given to us by some visitors at the park that stopped to watch us work. We finished in record time and it was a good feeling knowing that the flowers would again be beautiful next year. The only ones unhappy about the beds being turned were a few displaced mice who scurried to the perennial beds to find a new home for the winter.