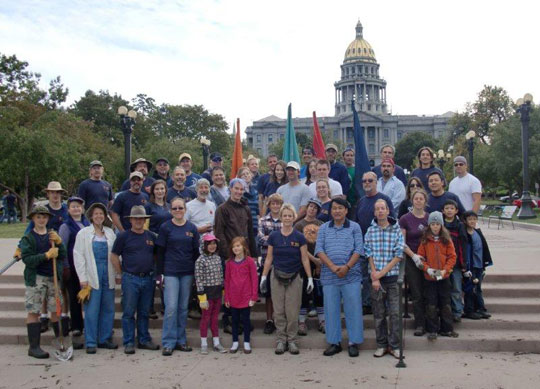 This year marked the 21st year anniversary of Nippon Kan’s Fall “Put the Beds to Bed” Volunteer Project with the Denver Parks Department. Nippon Kan actually founded this project in Denver 21 years ago with a project in Denver’s Cheesman Park turning the flower beds for winter. Soon after, the project was adopted by the Denver Parks Department who turned the project into an annual city-wide event.

Every year the flower beds in Denver parks are turned for the winter and it has been estimated that in its 21 year history, Nippon Kan has saved the city over $750,000 by providing hundreds of volunteers to turn the beds. Nippon Kan traditional takes care of Denver’s Civic Center Park located between the State Capital and the City and County Building downtown and holds the record for the fastest completion time!

This year, Bryon Hays Sensei served as volunteer leader and the flower beds at Civic Center Park were once again turned in record time! Homma Kancho and Consul Mitsui from the Consulate General of Japan at Denver were also there pitching in with shovels in hand! 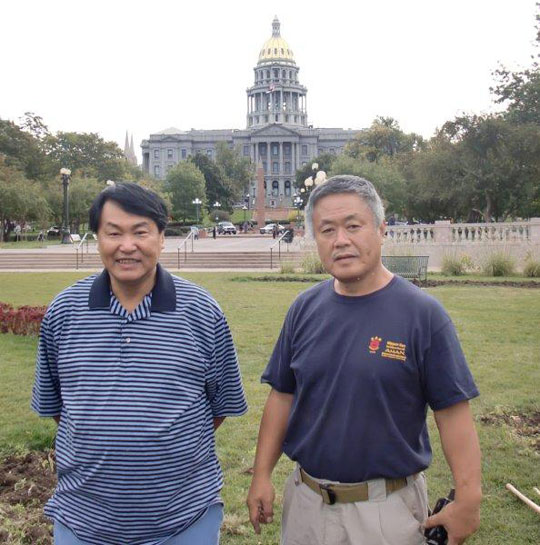 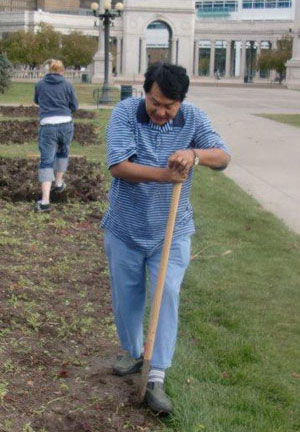 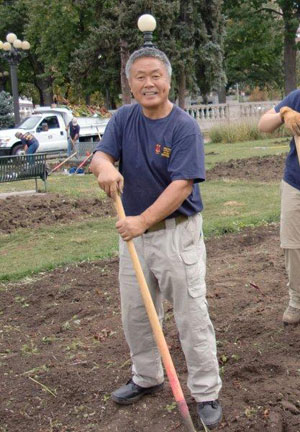 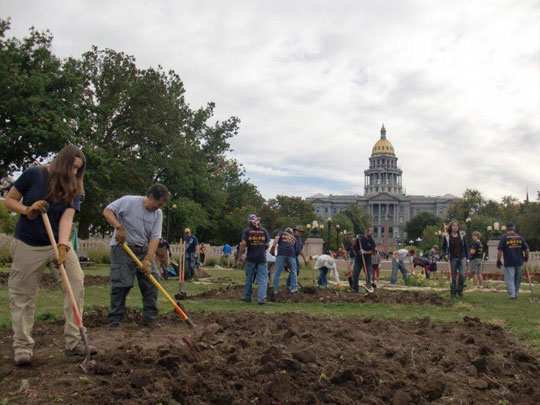 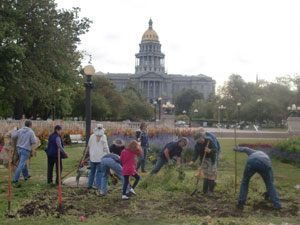 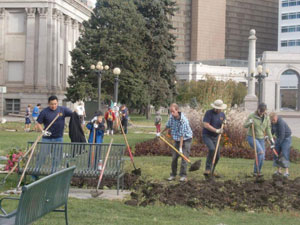 Motion and sweat; getting the job done!

Many thanks to all Nippon Kan student volunteers for continuing the traditions of the “Nippon Kan Army” in great style!