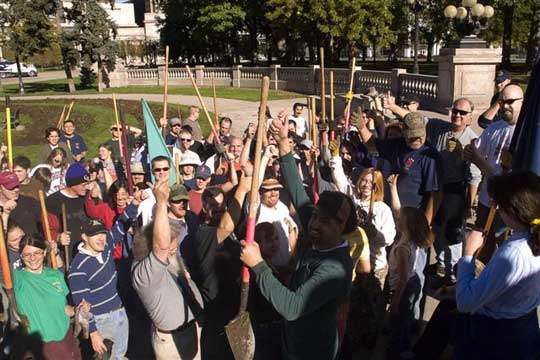 Everyone cheers! A job well done!

There is power in longevity. What does that mean? For the past seventeen years, at the same location, at the same time of year, with the same staff coordinators, Nippon Kan has been performing the same task; “Putting the Beds to Bed” (turning the flower beds for winter) at Civic Center Park. This year too about 100 Nippon Kan members, family and friends finished the job for the Denver Parks and Recreation Department, turning the flower beds in Civic Center Park downtown between the capitol and the Denver City and County building. “Putting the Beds to Bed” has become a city-wide project that began 17 years ago when Nippon Kan asked the Denver Parks Department if we could turn the flower beds as a dojo project. Today the project extends to most parks in Denver and is coordinated by the Hands on Denver Department of the Denver Parks and Recreation Department. Civic Center however is ALWAYS reserved by the Parks Department in their planning for the Nippon Kan Army! 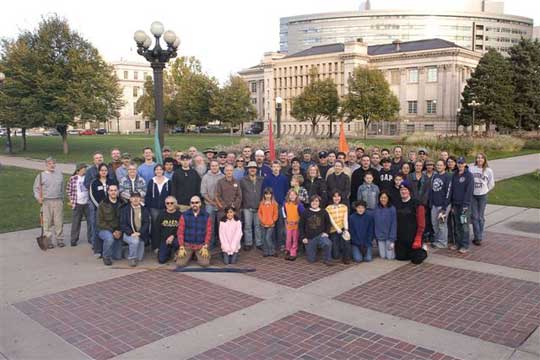 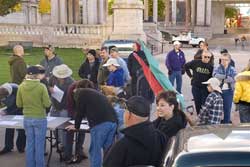 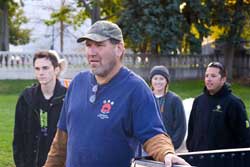 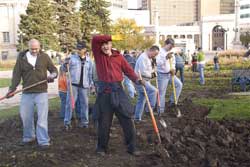 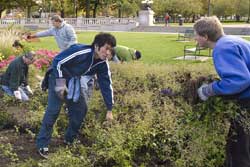 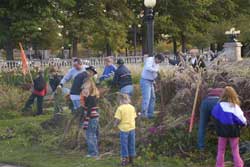 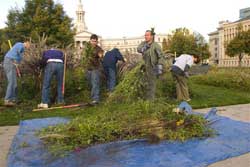 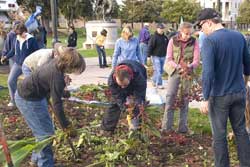 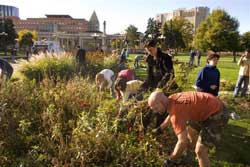 This year, Homma Kancho was teaching in Ireland at the time of the project, but with seventeen years experience, we got the job done in record time. Thanks to everyone for a job well done!