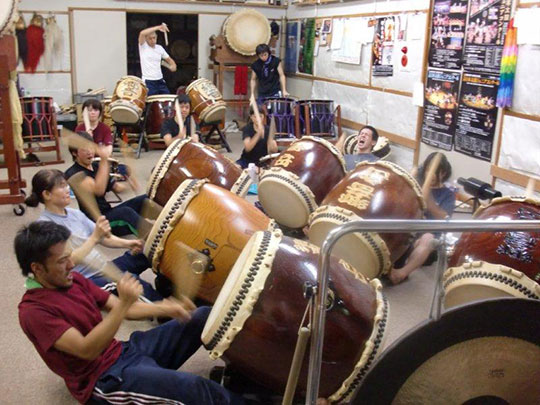 After leaving Thailand and Myanmar, Homma Kancho made a quick stop in Japan to visit the Matsukawa Kyougaku Taiko Drummers in Matsukawa Village, Nagano, Japan. He made this trip to thank the drummers for their very successful USA “Arigatou” thank you concert tour in March.

15 members of the Taiko Drumming Troupe came to Colorado to perform a series of concerts to express the gratitude of the Japanese people for aid received by the USA after the great Tohoku earthquake and tsunami disaster on March 11, 2011.  This series of concerts, performed on the anniversary of the 2011 disaster were an overwhelming success. The next concert tour is in the planning stages for Milan, Italy in the coming year.

Returning from Matsukawa to Tokyo, Homma Kancho had dinner with Aikido Kobayashi Dojo, Yasuo Kobayashi Shihan and his son Kiroaki Kobayashi, Dojocho. The conversation focused on the state of Aikido practice in the Middle East, North Africa and South East Asia.