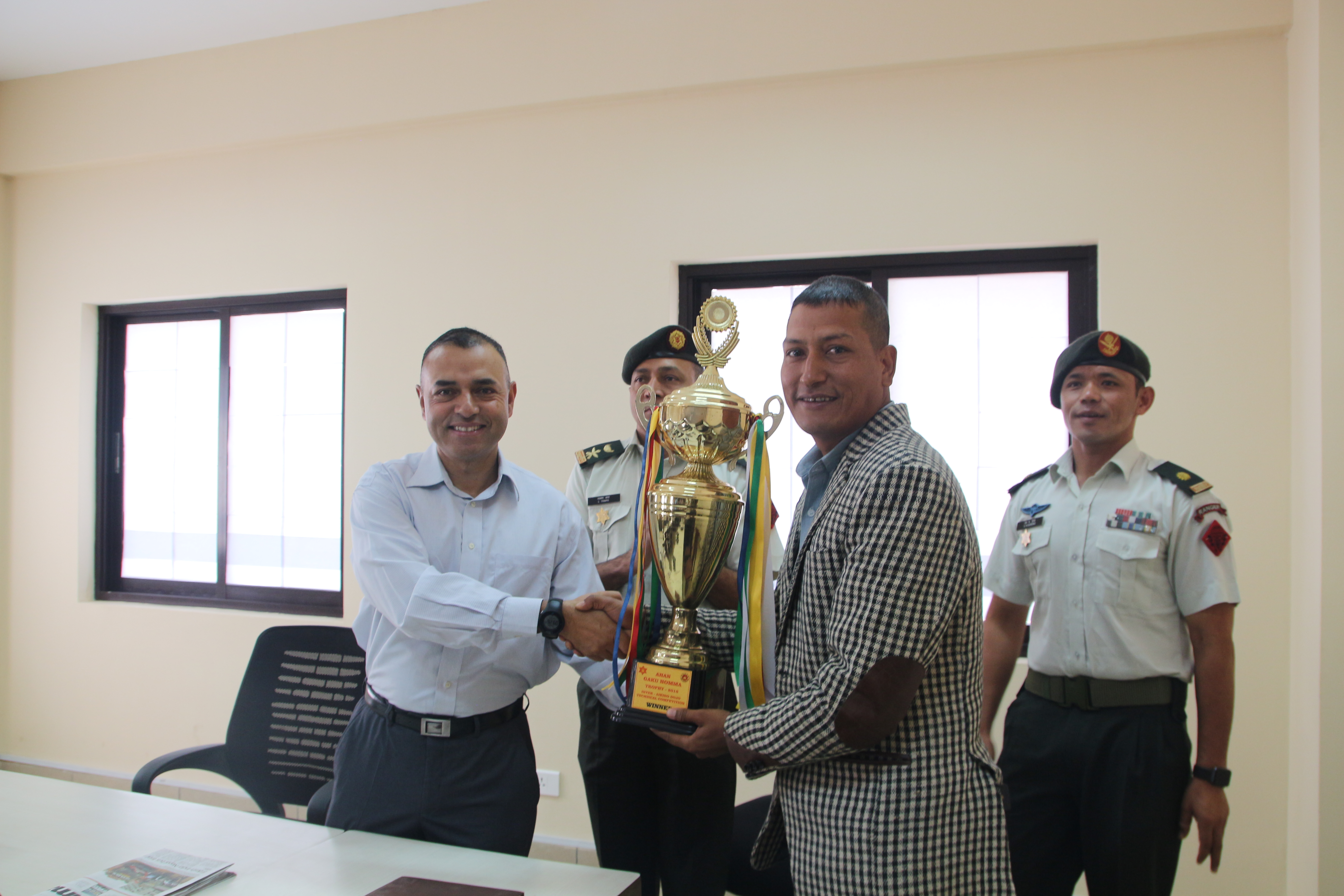 “Gaku Trophy 2018”, donated by the Kancho of Aikido Nippon Kan, was presented to the Commander of the GAURI Base Aikido Dojo Major Rajendra Bogati by Colonel Anup Thapa. 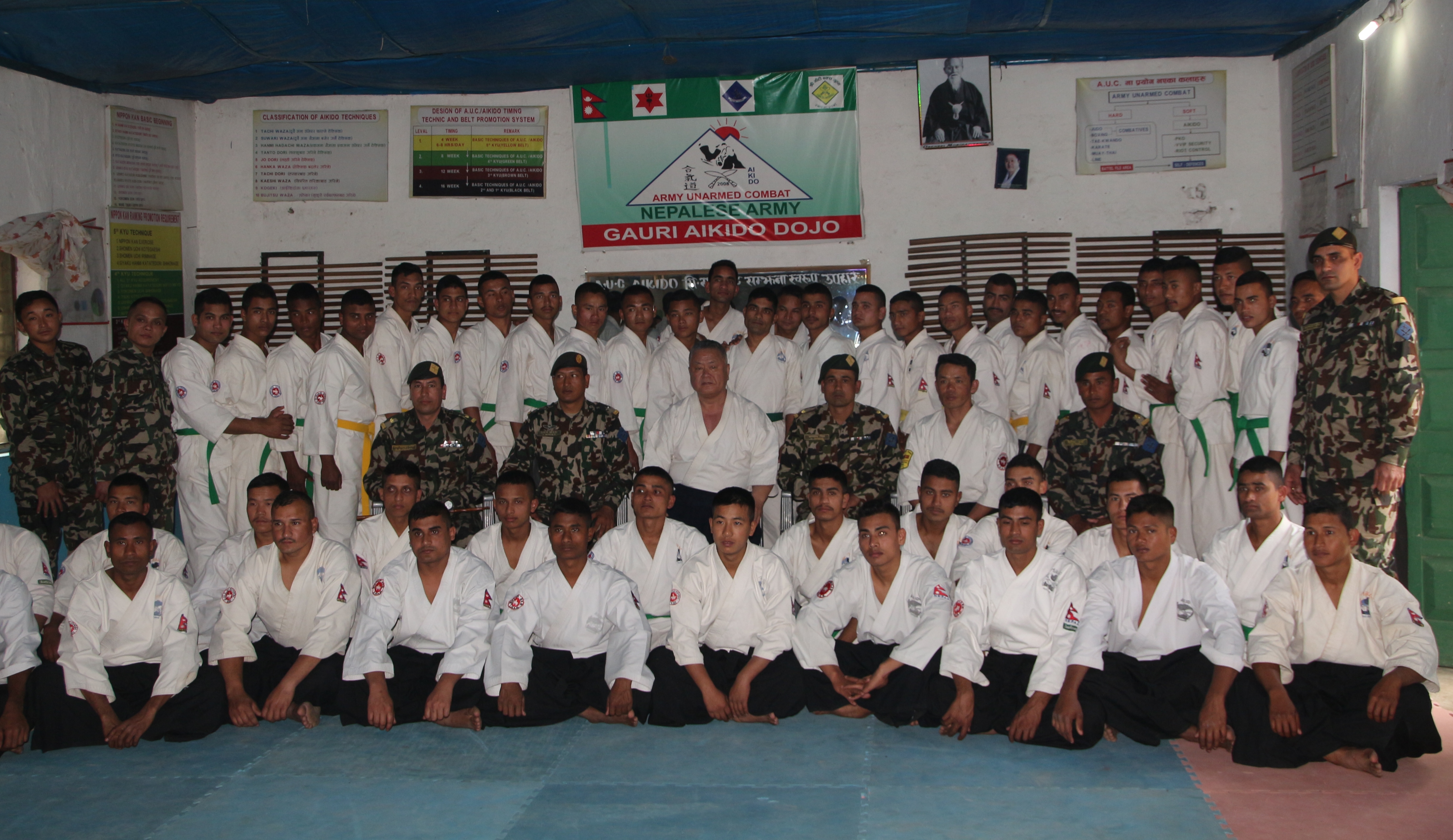 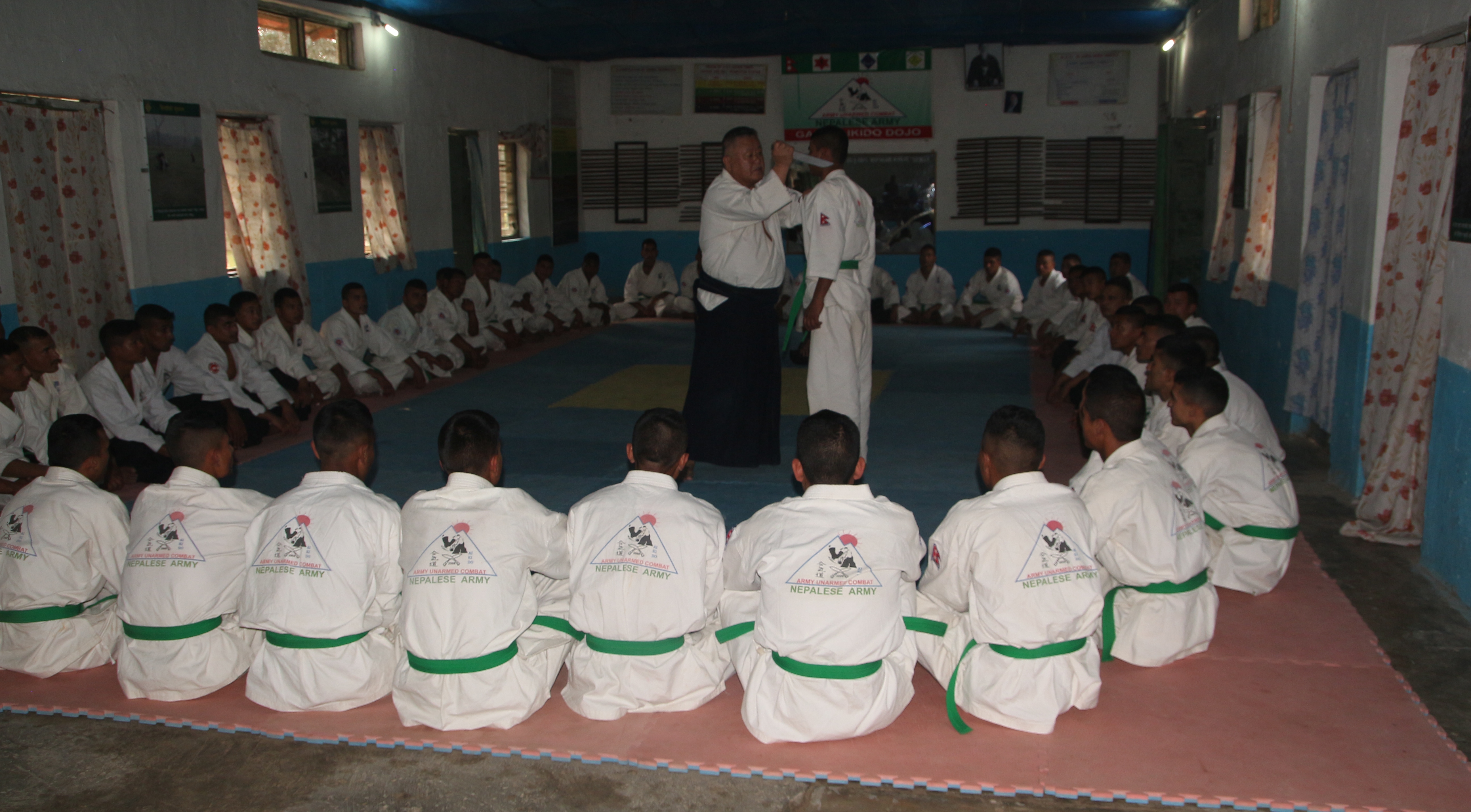