There can be many appearances of Aikido, as it should, in my opinion.  Just like gathering with fellow Aikidoka (Aikidoists ) after practice (keiko) to have a good time with a few drinks and “sake” can be a good aspect of Aikido to foster a sense of camaraderie among fellow Aikidoka, not only to promote a healthy sense of self-esteem individually, but to strengthen a sense of a team spirit among everybody, each of who is all a part of a community, serving meals to homeless people who seeks a warm meal, doing volunteer work to maintain gardens in public parks and providing orphans with not only a safe place to sleep but medical services and educational opportunities…, etc. can also be important aspects of practicing Aikido. 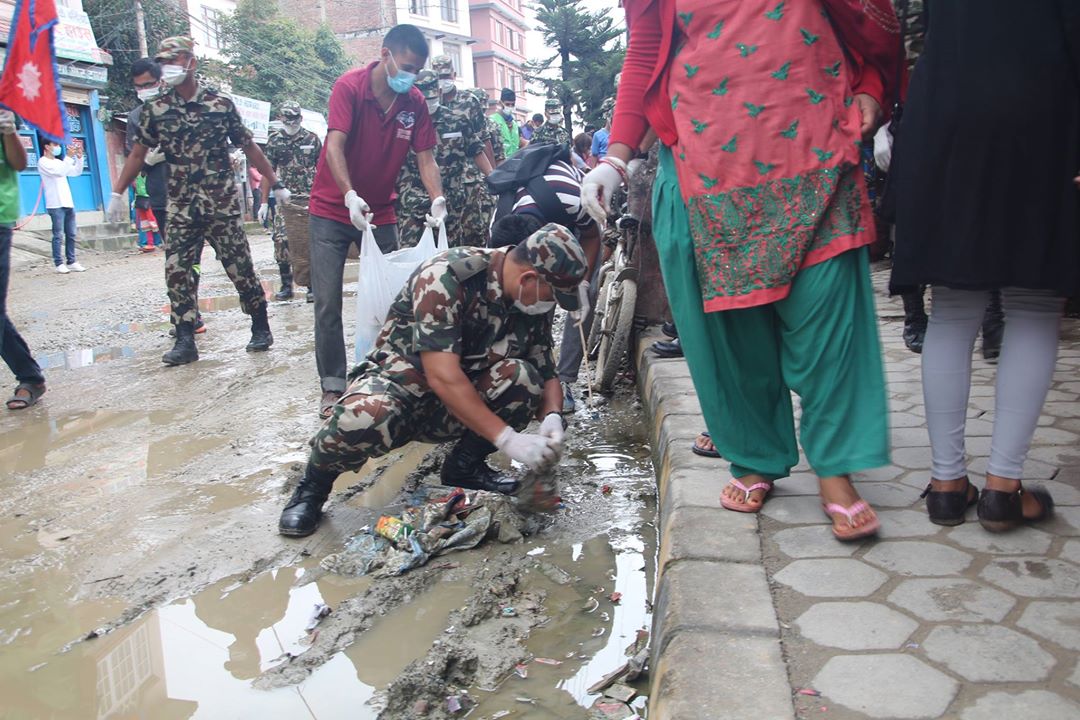 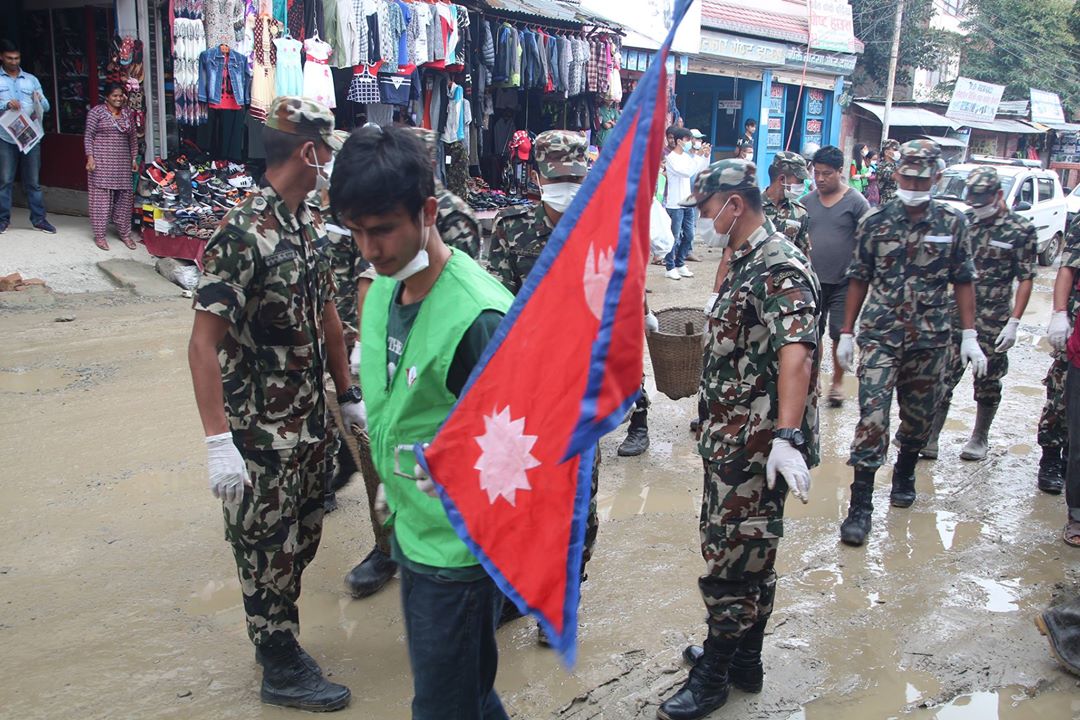 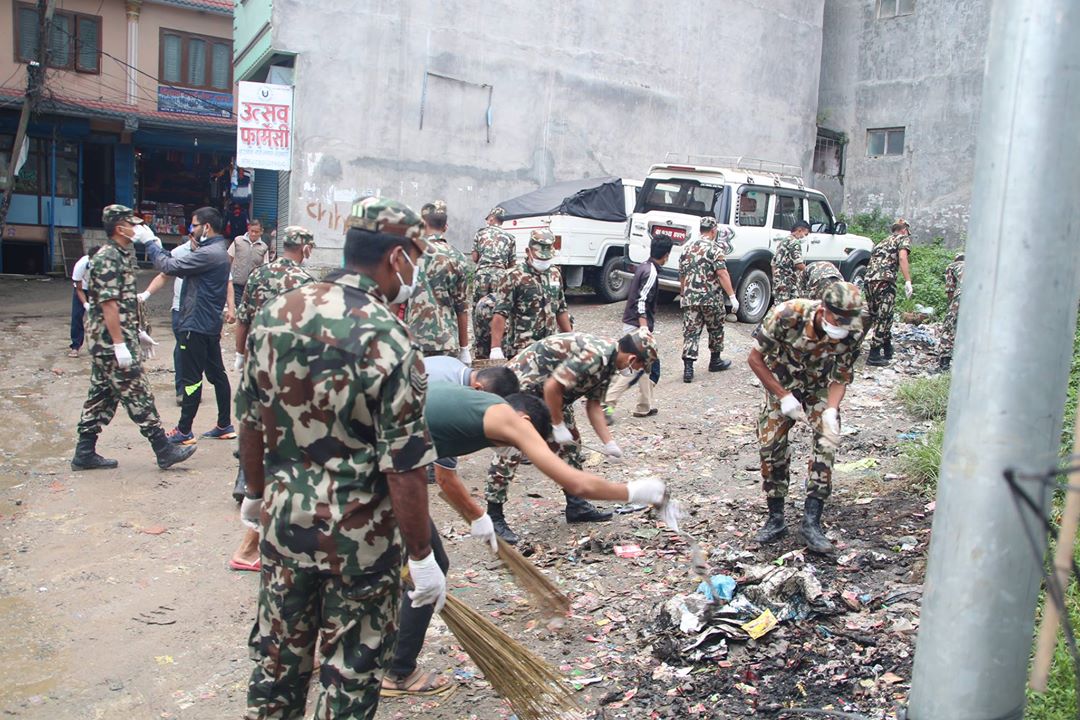 If practicing Aikido were for “good exercising only” for students and for “teaching skills and techniques only” for instructors, the learning process of the art of Aikido would be the same as just going to a gym.  And sustaining such attitude may result in producing instructors who may develop an illusion of being a great Aikido instructor with mesmerizing techniques from throwing around his/her students who can take a beautiful “uke” on the mat, further removing himself/herself from the reality of the world to go deeper and continue wandering and floating in a closed phony sphere of space. 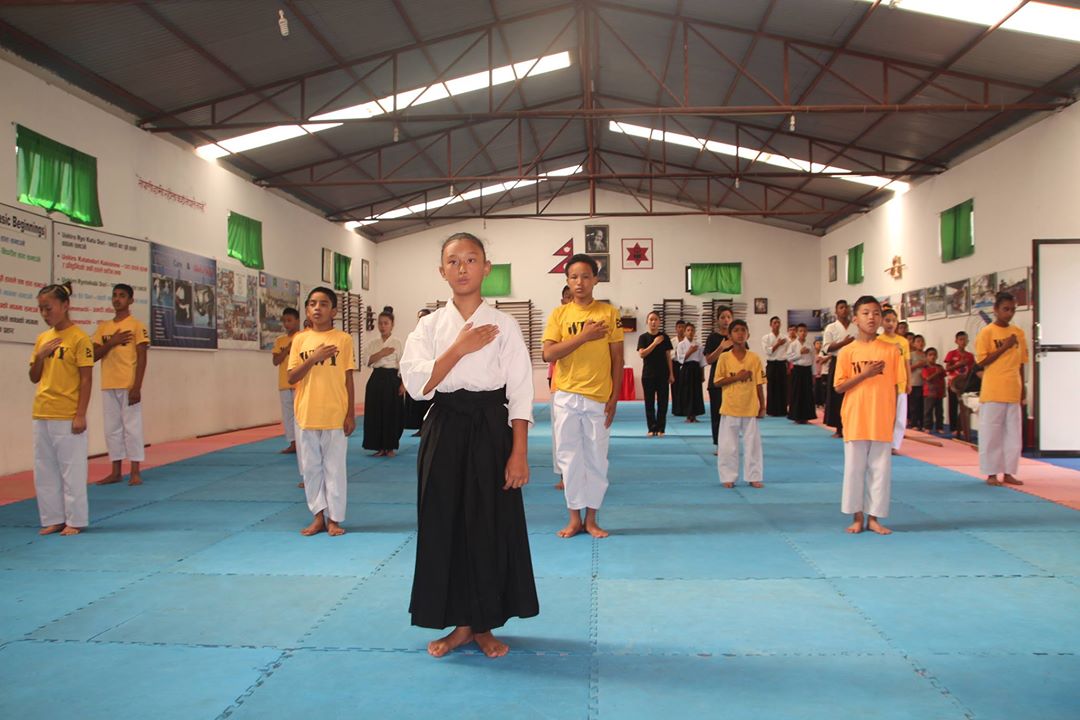 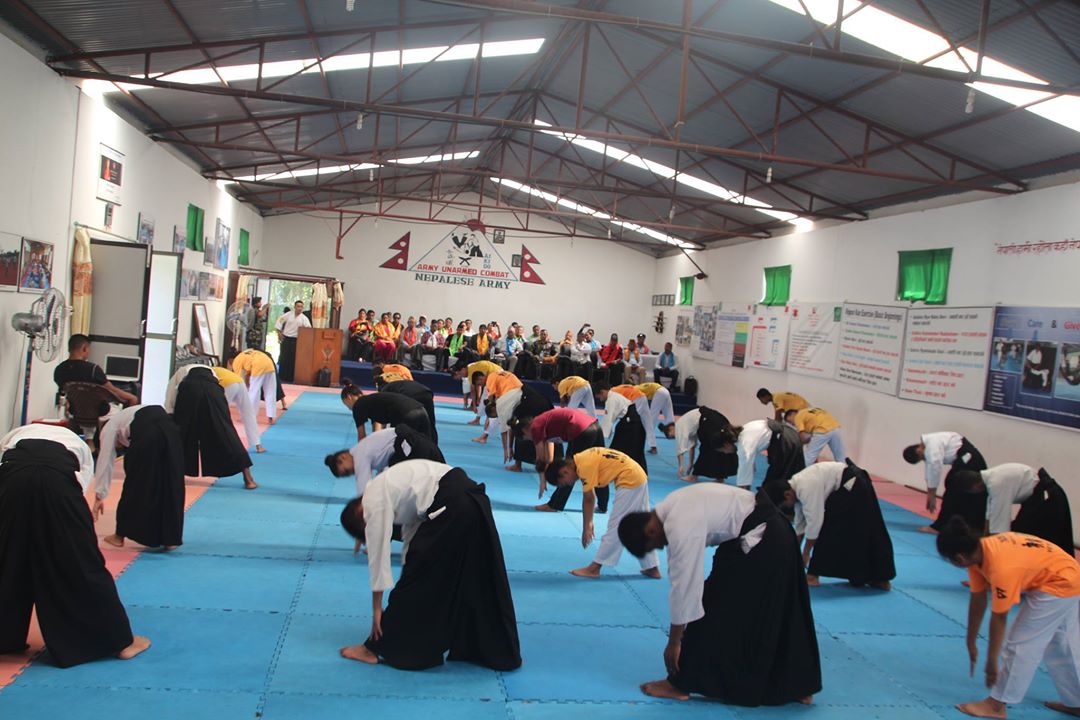 Japan’s Radio Taiso (Exercises) routine performed by the children under the care of the WWY project in front of the chairman of the Nepal Olympic Committee during his site visit to witness the WWY project initiatives. 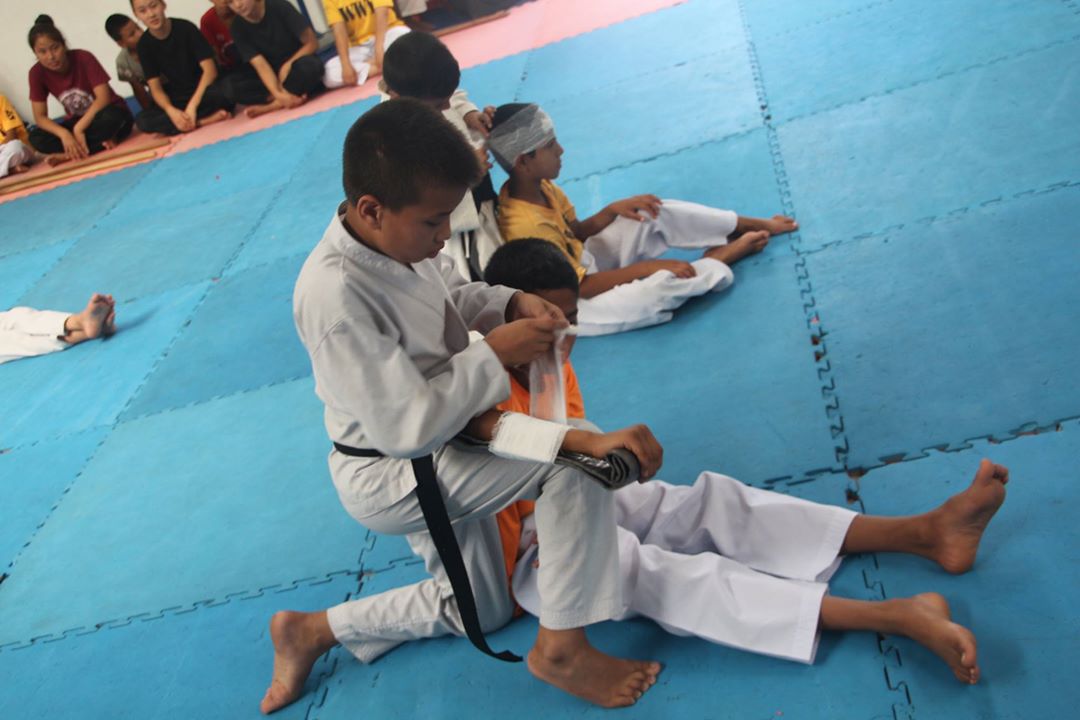 One of the credo of Aikido Nippon Kan is that “Aikidoka must look outside.”  Those who practice only Aikido on the mat will never fathom the art of Aikido.  Through one’s experience of exposing oneself to the world outside of a Dojo, through helping the needy and vulnerable and through showing one’s love for children, one can develop a deeper, wider and wiser perspective toward the art of Aikido.  Unless and until you get to the level, even if you are wearing a Hakama on the mat, you are still the same as beginning students with their belt knotted vertically.

The Nepalese Army are well respected by the citizens of Nepal for their work for the country and its citizens.  In addition to being a critical function to protect and serve the Nepalese citizens, the Nepalese Army also play important roles as an integral part of the United Nations Peacekeeping operations, and the Nepali Army has integrated the Aikido philosophy of AHAN Nippon Kan into various aspects of their training routines and has been putting it into practice in their various initiatives they operate across Nepal. 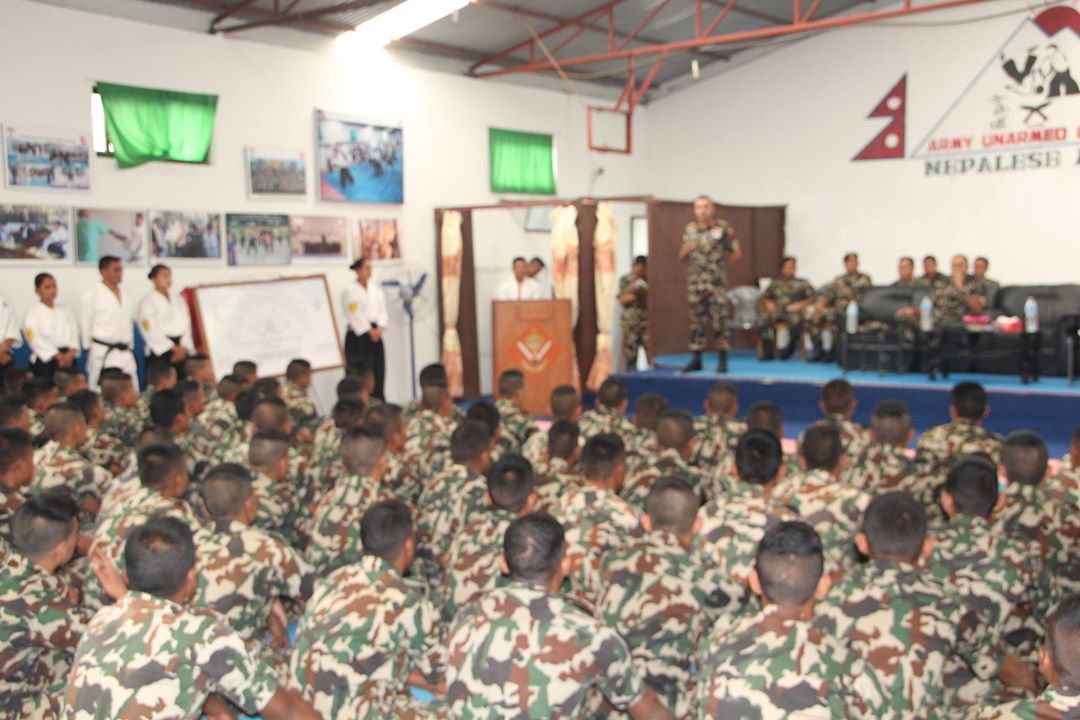