Elite Nepal Army Rangers with the Gurkhas lineage and traditions are not only tough and strong as elite soldiers, but deeply active in various non-governmental, humanitarian activities as the “People’s Army.”

The following is a training exercise by UN Peace Keeping Force to take control of a chaotic situation with Nippon Kan Aikido techniques.

Below is a short demonstration to deal with domestic violence using Aikido techniques.

The WWY (We’re With You) Youth Support Program was established by the Rangers after the 2015 Nepal earthquake.

On May 30, 2017, a team of ANTC (AHAN Nippon Kan Training Center) members and a team of WWY (We’re With You) members jointly performed an Aikido demonstration in the presence of the Brigade Commander of No. 10 Brigade and other high ranking commanding military officers. The high-ranking officers also witnessed the development of AUC system. 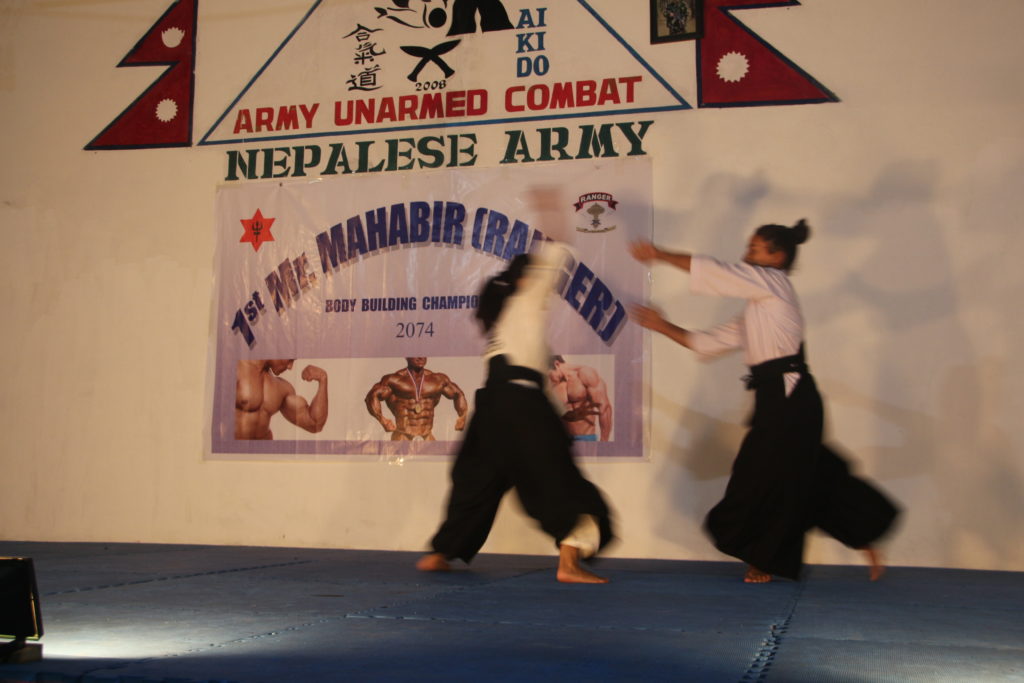 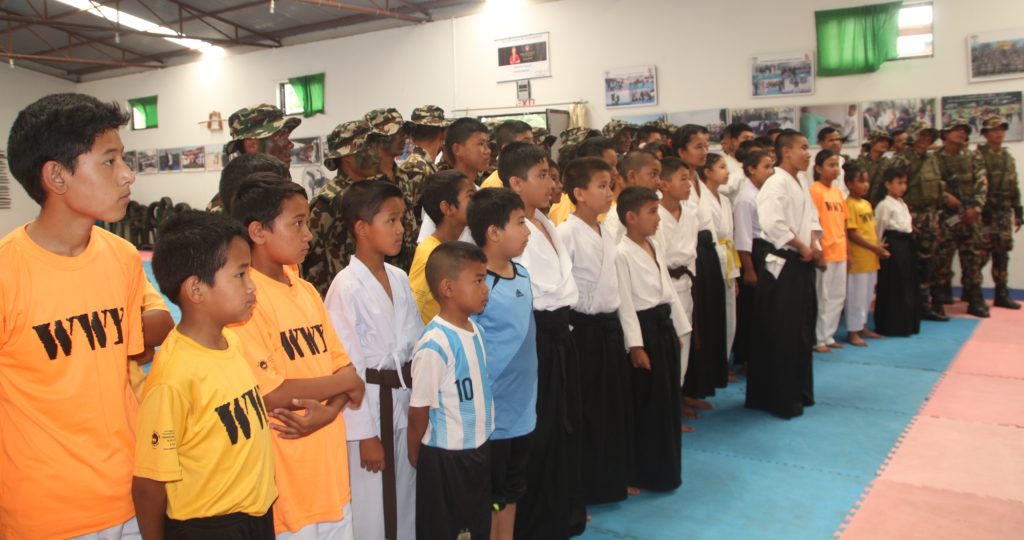 They are active not only in practicing Nippon Kan Aikido, but in leading various volunteer support initiatives & activities. 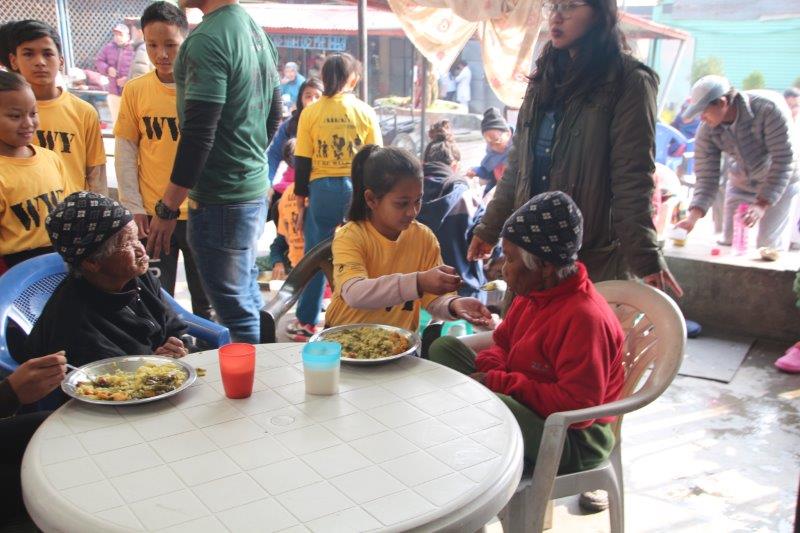 Future generations of Nepal walk on the field as flag carriers before a football tournament among different Army brigades. 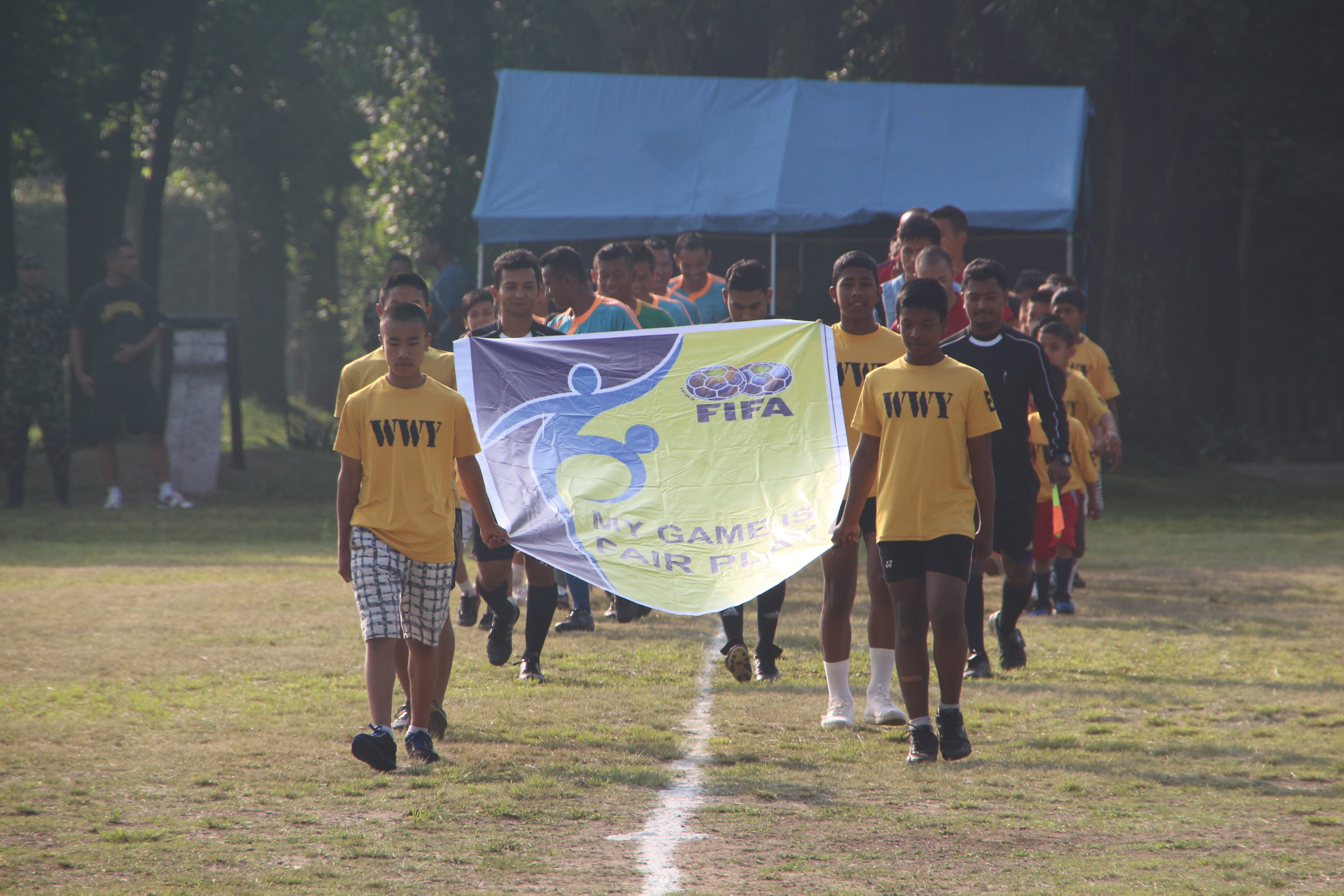