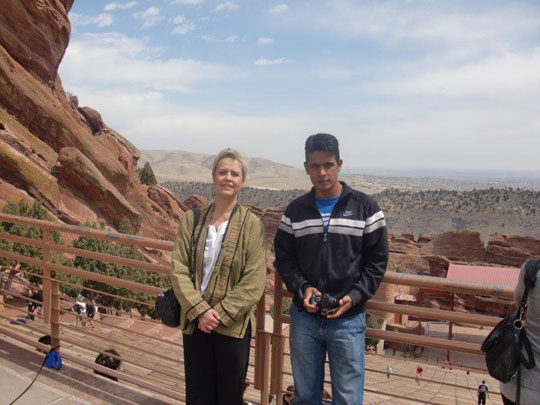 Visit to Red Rocks Amphitheater outside of Denver with Emily Busch.

Captain Anees Khadka, commander in charge of the Nepal Army Ranger Aikido training program in Nepal came to Nippon Kan Headquarters in Denver for a weekend visit this past April. Captain Anees, in the United States for training and for personal reasons, was able to take a few days from his busy schedule to meet with Homma Kancho, Nippon Kan staff and students. He was in Denver long enough to join us for practice, and even took part in our American-style bowling tournament with Enshin Karate! We also showed Captain Anees the sites in the mountains outside of Denver and the Boulder area.

We enjoyed having Captain Anees Khadka at Nippon Kan Headquarters, and hope that he will be able to use this experience in Denver when he returns to Nepal as commander in charge of Nepal Army Aikido later this year. 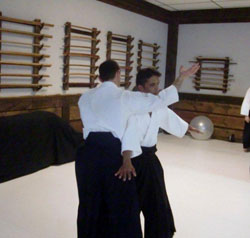 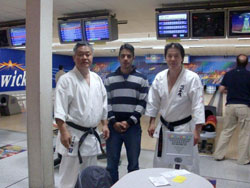 Captain Anees joins the bowling tournament. Beginners luck; gutter balls or triple strikes and nothing in between!